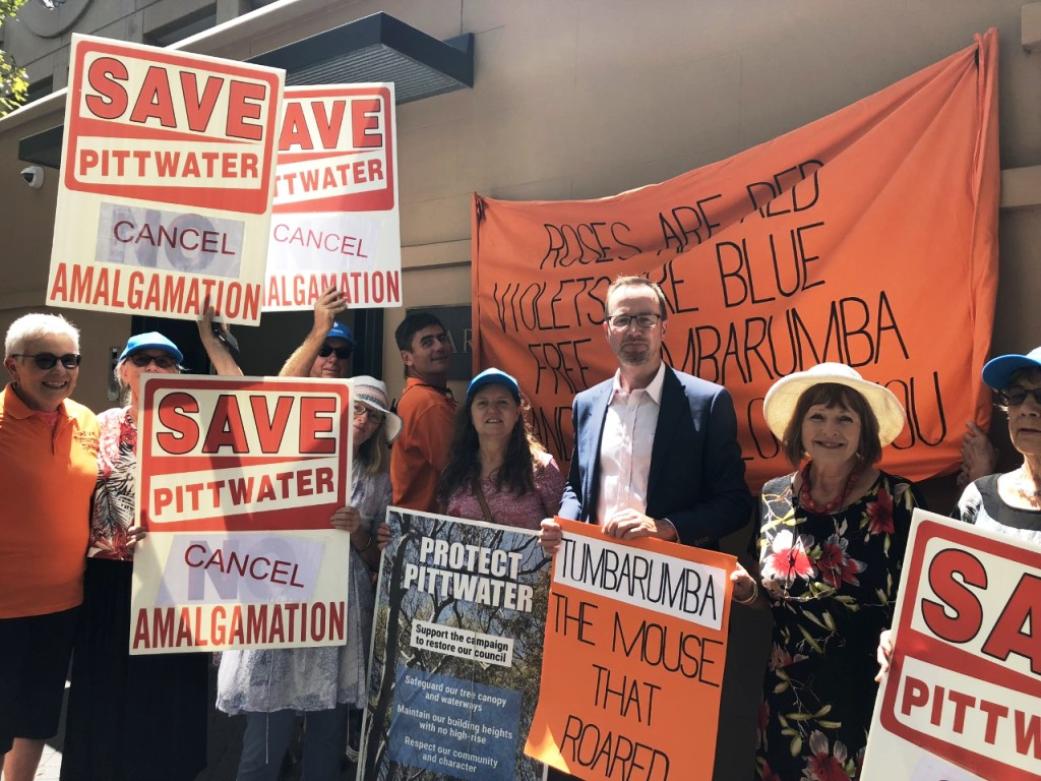 Pittwater locals joined a Valentine’s Day rally this week supporting Tumbarumba residents who came to the big smoke to deliver a proposal to the NSW Government demanding a council demerger.

The Tumbarumba residents hired a bus to travel to the rally outside NSW Parliament House, where they were supported by politicians from all parties except the government, and another 20 amalgamation opponents.

They brought with them the proposal with 800 signatures, hoping to overturn their merger with Tumut Shire - which created the Snowy Valleys Shire.

Save Tumbarumba Shire spokesman Neil Hamilton said that prior to the forced council amalgamations, both the Local Government Minister’s Delegate and the NSW Boundaries Commission had recommended against the merger.

“We are … here today to initiate the process which, under the Local Government Act [ Sections 215 and 218E (2)], will begin an inquiry into the merger process and hopefully lead to the demerging of our council,” Mr Hamilton told the crowd.

Under the Act, presentation of the proposal with only 250 signatures triggers a review with a report of the merger by the Boundaries Commission or the Local Government Department’s executive.

NSW Labor MLC and Local Government spokesman Peter Primrose congratulated the community of Tumbarumba on their efforts and said that what happened in local communities should be a decision for local people.

“Can I stress again: our policy is that if communities choose to demerge, that’s a decision for them and they should be allowed to demerge,” Mr Primrose said.

His NSW Greens counterpart David Shoebridge also vowed the party would support other communities such as Pittwater, Leichhardt, Guyra and Gloucester who all wanted to reinstate “genuinely local government”.

“The Liberal National government has done a job on Tumbarumba and they won’t be going away until they get their council back,” Mr Shoebridge said.

“The community have made it clear this is a shotgun wedding between Tumbarumba and Tumut. We’re happy to help them with a painless divorce.”

Shooters, Fishers and Farmers Party MLC Robert Brown, also promised the rally that his party would support Labor’s legislation - if it won government - to introduce a plebiscite allowing residents a say on the mergers.

“If you give up the fight, we can’t do anything for you.

The Christian Democratic Party completed the roll call of political parties opposed to forced amalgamations, with its Leader Fred Nile calling on the Premier Gladys Berejiklian to “sort this out now”.

The Protect Pittwater Association and other local residents were among the crowd, in a precursor to presentation of their own proposal at a later date.

“We were there to support Tumbarumba and to remind the state government that we want to be masters of our own destiny,” Protect Pittwater spokesman Bob Grace said later.

“Like Tumbarumba, we will continue to fight to get our council back.” 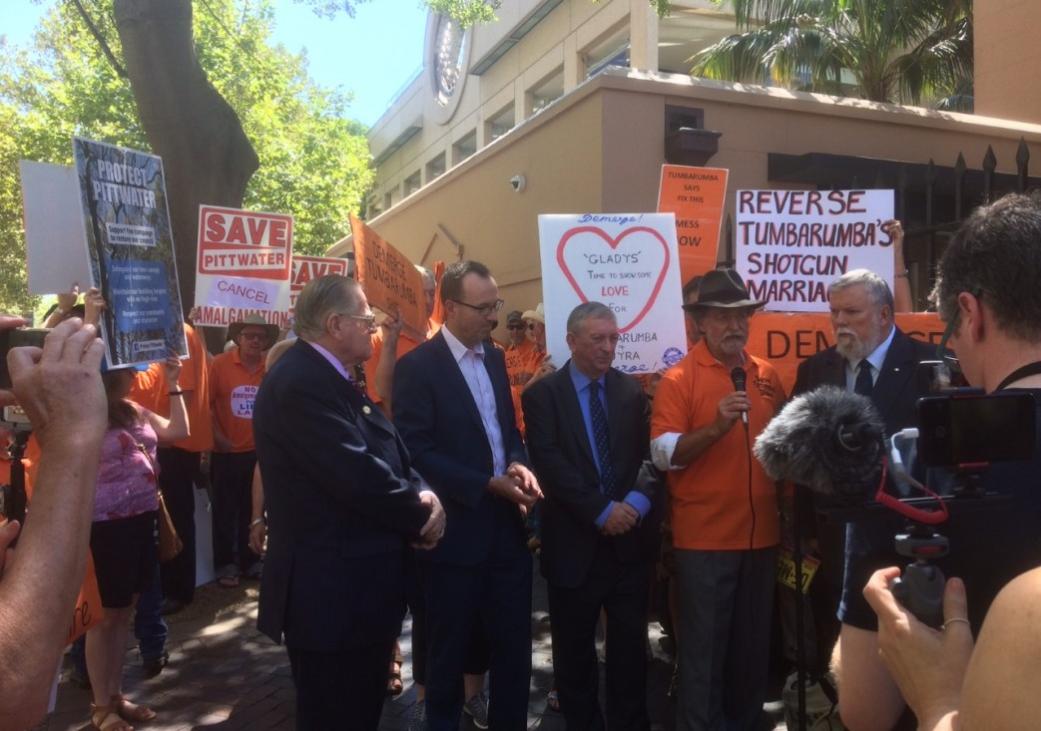 Newport's Bushlink 'From The Crown To The Sea' Paths: Celebrating Over 20 Years Of Community Volunteer Bushcare Results: The pathways wend through the Crown of Newport Reserve, Porter’s Reserve, Attunga Reserve and the Kanimbla Reserve. Includes link to March 2016 Amended Draft of 'North Ward' by NSW Government 'Planner'.