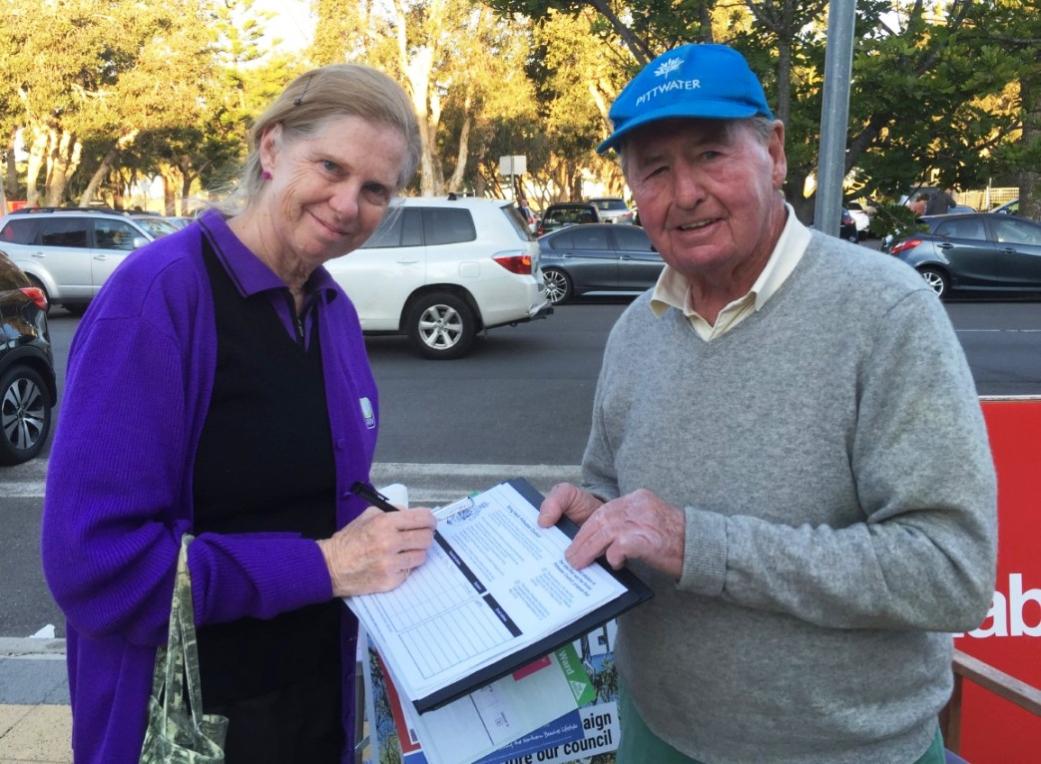 The fight to recover Pittwater Council will continue despite elections going ahead last week for Northern Beaches Council, campaigners for the return of the former council say.

Protect Pittwater Association president Bob Grace said the group, set up to recover Pittwater Council, had collected more than 1,000 signatures during pre-poll and on election day.

Mr. Grace, a former Pittwater councillor, said the election on September 9 for Northern Beaches Council would not stop the movement to regain Pittwater.

He was joined by Save Our Councils Coalition President Brian Halstead collecting signatures outside the Avalon Recreation Centre booth on election day.

“We are now stronger than ever - with so many signatures gathered during the election and more and more people wanting to join the action to recover our council.

“The feeling I got from the community on election day is that people would still really like their council back.”

Another former Pittwater councillor Sue Young, said she and her husband Tony were joined by other community members at pre-polling in Mona Vale during the two weeks before the election, talking to voters and gathering signatures.

“What upset most people was that their views hadn’t been considered (by the government) before the merger and they were concerned about the size of the new council and prospect of overdevelopment,” Ms Young said.

“To me it was important to be there with the Protect Pittwater sign to let people know that it’s not over yet.” 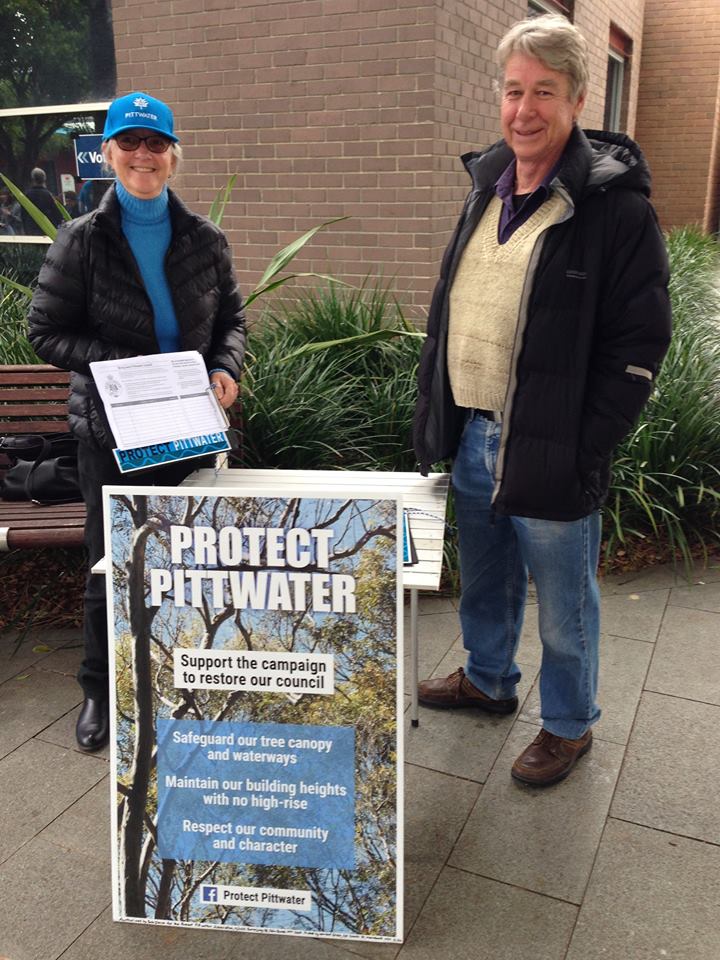 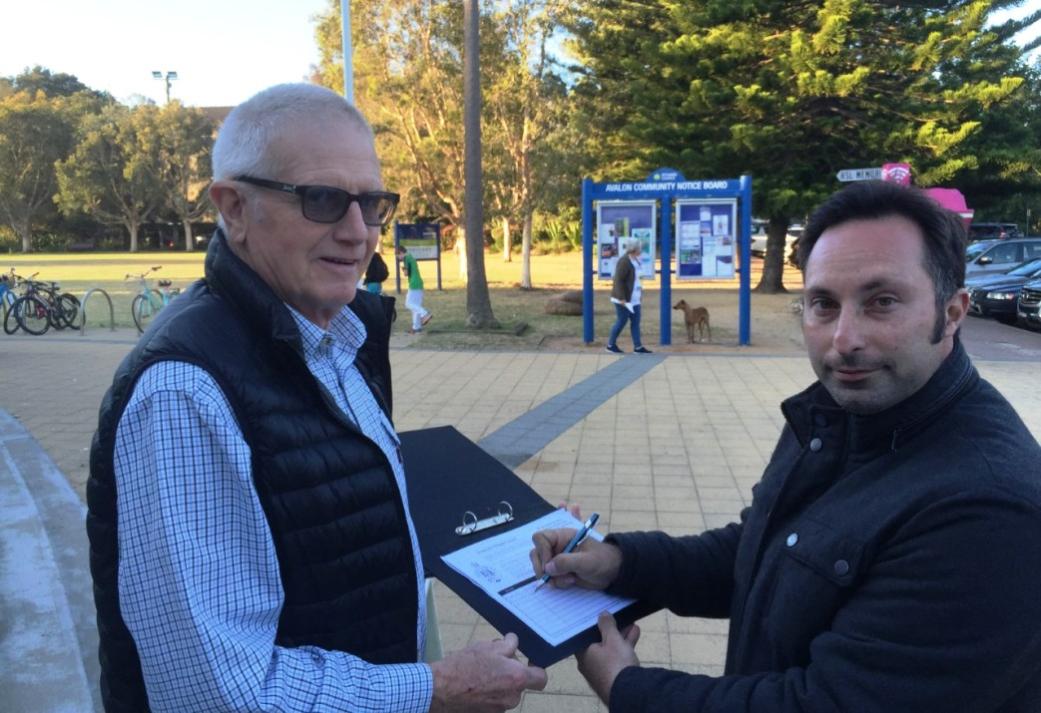