Be The Boss: I Want To Be A Podiatrist

If you want a career in the field of health but still able to retain your independence as well as entering a field with rising demand, then looking after people's feet may be for you.

To become a Podiatrist you need to complete a degree such as a Bachelor of Podiatric Medicine or Bachelor of Podiatry. The coursework includes theoretical and practical lessons, as well as clinical experience.
Complete an accredited podiatry degree. Entry requirements for these courses usually require that you have completed high school, studied a number of science subjects and achieved an appropriate ATAR. Alternatively, you may complete an approved undergraduate degree and a Master of Podiatric Practice.

Many Podiatrists choose to specialise based on their experience and interests. Common areas of specialisation include sports medicine, biomechanics, arthritis and gerontology.

Podiatry is a high-paying specialization and was listed by Forbes in 2007 as the 15th-best-paid profession in the United States. The median annual salary of a podiatrist in the US was $124,830 in 2016 according to the US Bureau of Labor and Statistics.

Podiatry is practiced as a specialty in many countries, while in many English-speaking countries, the older title of chiropodist may be used by some clinicians.

In Australia, graduates of recognised academic programs can register through the Podiatry Board of Australia as a "podiatrist", and those with additional recognised training may also receive endorsement to prescribe or administer restricted medications and/or seek specialist registration as a "podiatric surgeon".

The professional care of feet existed in ancient Egypt, as shown by bas-relief carvings at the entrance to Ankmahor's tomb dating from about 2400 BC, where work on hands and feet is depicted.

Corns and calluses were described by Hippocrates, who recognized the need to physically reduce hard skin, followed by removal of the cause. He invented skin scrapers for this purpose, and these were the original scalpels.

Until the turn of the 20th century, chiropodists—now sometimes known as podiatrists—were separate from organized medicine. They were independently licensed physicians. Lewis Durlacher, who was appointed as surgeon-chiropodist to the British royal household in 1823, was one of the first people to call for a protected profession.

There are records of the King of France employing a personal podiatrist, as did Napoleon. In the United States, President Abraham Lincoln suffered greatly with his feet and chose a chiropodist named Isachar Zacharie who not only cared for the president's feet but was also sent by President Lincoln on confidential missions to confer with leaders of the Confederacy during the U.S. Civil War.

The first society of chiropodists was established in New York in 1895—and still operates there today as NYSPMA. The first chiropodist school opened in 1911. One year later, the British established a society at the London Foot Hospital and a school was added in 1919. In Australia, professional associations appeared from 1924 onwards. The first American journal appeared in 1907, followed in 1912 by a UK journal. In 1939, the Australians introduced a training center as well as a professional journal.

Sports podiatry covers the following two areas: foot and lower limb chronic overuse injuries and mechanical performance enhancement to minimise injury and maximise efficiency. Podopaediatrics is a specialty of podiatric medicine that focuses on the treatment of medical lower limb issues in children.

In Australia there currently exist two levels of professional accreditation and professional privilege: General Podiatrist and Podiatric Surgeon. There is current lobbying for other specialties to be recognised in Australia, such as podopediatrics, diabetes, high risk, musculoskeletal and sports podiatry. Australian podiatrists are able to practise abroad, with their qualifications recognised in some Commonwealth countries.

The Podiatry Board of Australia recognizes 3 pathways to attain specialist registration as a podiatric surgeon:

Entry into undergraduate Podiatric Medicine degrees can be done after the completion of a Year 12 Certificate with an Australian Tertiary Admissions Rank (ATAR). The cut-off scores from the Universities Admissions Centre (UAC) generally range from 70.00 to 95.00, dependent on the popularity and intake of each podiatric medical school. Prospective students can also be of mature age (21 and over) and they apply directly to the university instead of going through UAC. The UWA DPM program has admission requirements of: completion of a UWA bachelor's degree or equivalent, a minimum GPA of 5.0 from the most recent three years (FTE) of valid study, suitable GAMSAT score, and English language competency. There is no interview requirement for the DPM at UWA (applications are handled via the university).

Australian podiatric surgeons are specialist podiatrists with further training in advanced medicine, advanced pharmacology, and training in foot surgery. Podiatrists wishing to pursue specialisation in podiatric surgery must meet the requirements for Fellowship with the Australasian College of Podiatric Surgeons. They first complete a 4-year degree, which includes 2 years of didactic study and 2 years of clinical experience. Following this, a master's degree must be completed with a focus on biomechanics, medicine, surgery, general surgery, advanced pharmacology, advanced medical imaging, and clinical pathology. They then qualify for the status of Registrar with the Australasian College of Podiatric Surgeons. Following surgical training with a podiatric surgeon (3–5 years), rotations within other medical and surgeons' disciplines, overseas clinical rotations, and passing oral and written exams, Registrars may qualify for Fellowship status. Fellows are then given Commonwealth accreditation under the Health Insurance Act to be recognised as providers of professional attention for the purposes of health insurance rebates. 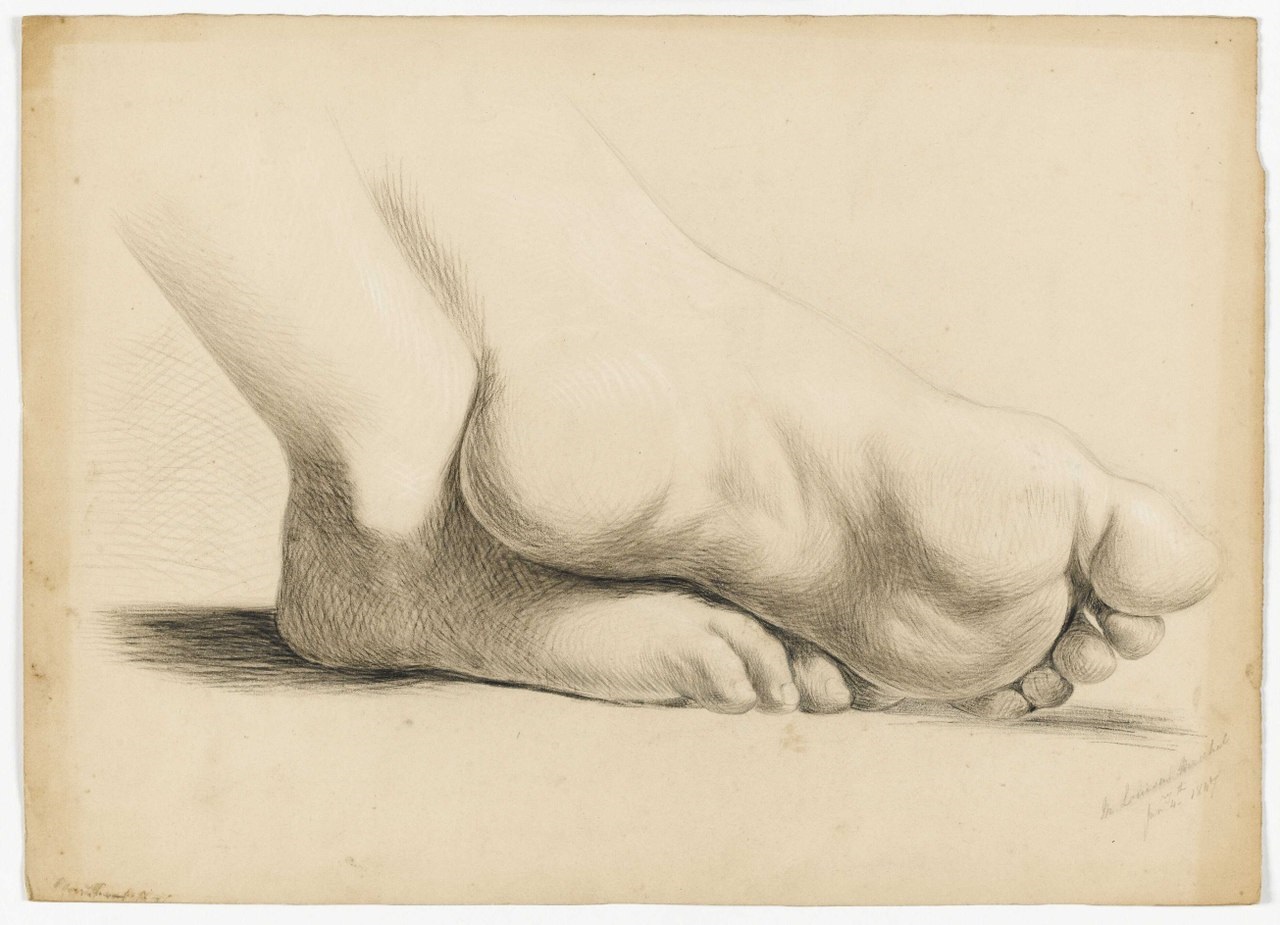 Study of a pair of feet crossed, 1847, by Margaret Louisa Herschel, daughter of John Herschel, from the Royal Museums Greenwich

Whether you plan to attend TAFE NSW, university, have a gap year or are still undecided, we have a course that can give you the skills for a brighter future.

Priority industry areas have been identified under Skilling for Recovery and include short courses in Early Childhood Care, Aged Care, Disability, Hospitality, Construction, Agriculture, Business and Administration, IT and Digital, Retail, Transport and Logistics, Manufacturing/Engineering and Sport and Recreation.

Find out more at: https://www.tafensw.edu.au/summer-skills