Be The Boss: I Want To Be A Ship's Captain

Have you ever thought about what you want to do once you're all grown up?

Commencing this Issue we'd like to share a few insights into all the careers youngsters and their older siblings have told us they'd like to do once they're 'BIG'. First off we begin with being a Ship's Captain - a job some of you may have a few ideas about through going sailing and being the Skipper of a crew of two or three.

Before we do though, it's important to note that a ship is a large vessel and differs from a boat in that a boat can be put on a ship, they are so big, whereas you could not really put a ship into a boat. Someone once told me that - so we probably all best remember it. One way to do that would be to think of those lifeboats you see on the decks of big ships - these fit onto a ship, and obviously would not be big enough for us to put the ship itself into them: 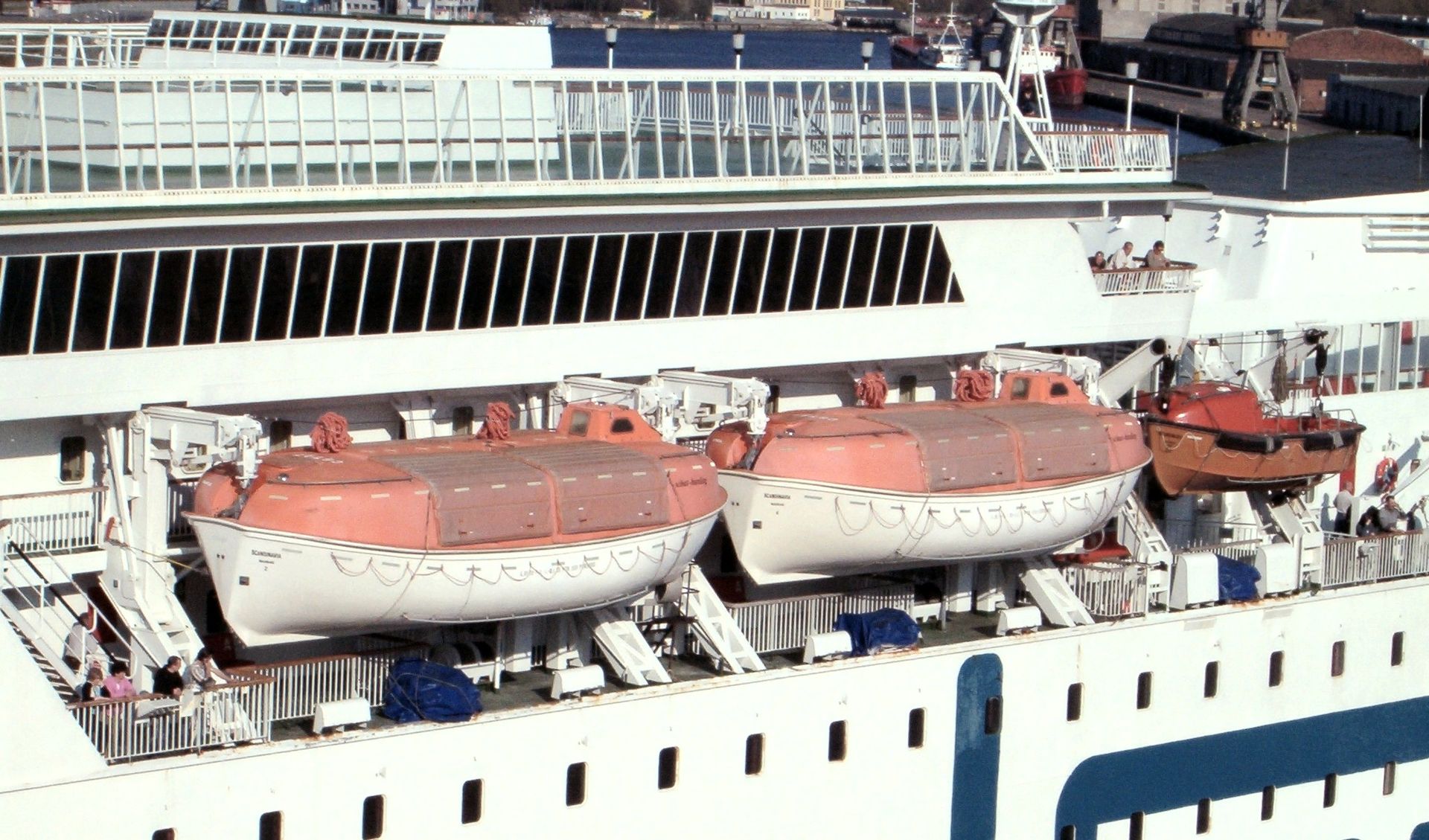 Partially enclosed lifeboats on a passenger liner - photo by Brosen

What Does A Ship's Captain Do?

A bit of research provided these answers:

The Ship Captain/Chief Mate is a licensed mariner who has overall command and control of the navigation, manoeuvring, cargo handling, stowage, communications and safe handling of the ship. He/She ensures that the ship complies with the local and international laws, as well as the port state and flag state policies. The Ship Captain/Chief Mate oversees operations and maintenance of all on-board equipment including machinery, engines and safety equipment and monitors the daily progress of the vessel to complete the voyage in a most efficient manner.

The Ship Captain/Chief Mate must adhere to the budget assigned for the voyage, and he/she is responsible for delivering the cargo safely. He/She oversees the crew in their tasks, monitoring the performance of all the crew and coordinating their work to ensure the voyage is completed. In the event of emergencies, the Ship Captain oversees search and rescue operations.

The Ship Captain/Chief Mate is an organised person with a strong eye for detail, and is astute to ascertain reasons why the vessel may not be seaworthy. He/She takes initiative and is able to work independently to resolve any problems effectively in the open sea. The Ship Captain/Chief Mate must pass the requirements of a colour vision test and must fulfil the requirements stipulated in the Standards of Training, Certification and Watchkeeping for Seafarers issued by the International Maritime Organisation.

Another source of information found during doing our research tells us:

How Do You Become A Ship's Captain?

To be a ship captain requires several steps to gain appropriate education and experience relevant to the position. The training and licensing of maritime occupations is overseen by the International Maritime Organization, which regulates educational and licensing standards. Each organisation has a limited number of schools approved to train and prepare for the licensing exam. Qualifications for the licensing exam include earning a four year Bachelor of Science degree, with coursework in meteorology, navigation, and cargo management. After meeting these qualifications and passing a licensing exam, candidates may find work as a deck officer or third mate on board a ship.

The Navy (Royal Australian Navy) provides a second avenue in training to eventually become a ship captain, and often provides on-the-job training for positions that help you 'work your way up', such as officers, quartermasters, and ship operators. Training through the military typically requires a period of committed service and potential combat duties, following completion of the training period.

Beyond the basic outlined educational experience and licensing, becoming the captain of a ship also requires work experience and certain other licenses. A potential captain must be licensed to operate the particular size and type of boat they intend to supervise, and must have completed licensing in basic first aid and CPR training. Depending on the employer, they must also have logged a certain number of hours on a ship, and pass physical screenings.

Captains of ships typically have many years of experience in other roles before they assume the leadership position of captain. This helps them to build up their practical knowledge around the ship and understand how each crew member contributes to the smooth functioning of the ship when it sets sail. The best way to gain professional experience is by finding internships or volunteer positions while you're still at secondary school or university.

If you're in secondary school, your local community sailing clubs are places you can join to learn some hands-on experience. For university students, look for any extracurricular opportunities for boating. Alternatively, you may search for part-time job roles assisting a ship's captain as a crew member. Making the most of these opportunities can help to build your resume and knowledge while widening your 'industry network' - which is coming into contact with people who can share their knowledge with you.

Clearly there are lots of other maritime occupations you can think about as well. As a Coastal Pilot, you contribute to the safety of ships in particularly sensitive sea areas. To be qualified, the Australian Maritime Safety Authority (AMSA) need to verify your certificates. They also ask you to complete some additional qualifications.

You can find out more about that at: https://www.amsa.gov.au/qualifications-training/safety-and-navigation-training/how-become-coastal-pilot

As a Coast Waiter your work was defined as being a custom house officer who superintends the landing or shipping of goods for the coast trade.

Did you know that the house at the base of Barrenjoey Lighthouse and headland was actually originally the home of a local Coast Waiter?  This is because, way back in the 1840's, when it was times where everyone sailed everywhere and to get to Australia, and Pittwater, you usually sailed a boat, people were smuggling goods into Australia via Pittwater!

This meant that those who were trying to look after everyone else had no way of checking on the quality of the goods they were smuggling in, and they may have poisoned someone, and they weren't paying any taxes or 'duties', and so hospitals to help the sick, or roads to get them to the hospitals, could not be built.

So in 1842 the Broken Bay Customs Station, at Barrenjoey, commenced. The 'Boss' was the Coast Waiter and they not only stopped the smuggling they also went out to help people who had problems during storms or because their ship was sinking. Other people do these jobs nowadays; a Coast Waiter is now called a Customs Official in a different department - while those who try to bring things into Australia illegally are usually dealt with by the Police and other officials, and those who need help while on the water have the Water Police and volunteers such as Marine Rescue Broken Bay deployed to save them.

One of Barrenjoey's-Broken Bay's longest serving Custom Waiters was a man called Albert Thomas Black. He and his wife Kate children were born at Barrenjoey while they were living there, serving as those who looked out for and after those in Pittwater. One of his great-grandsons, John, is still in Pittwater and one of the wonderful volunteers who keep youngsters sailing at Bayview Sailing Club - BYRA. 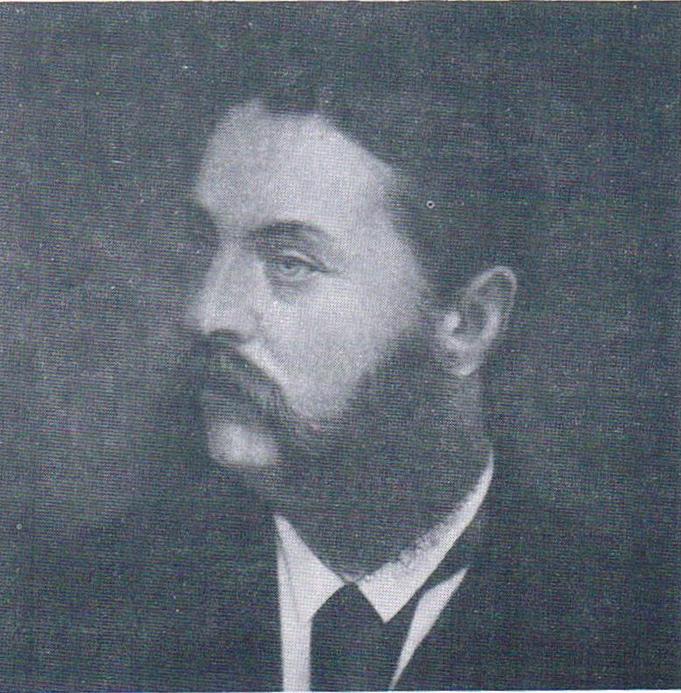 Albert Black would also come aboard some of those BIG steamers that use to bring people to visit Pittwater for day trips during the 1860's and tell people about the places they were seeing - whether they were going up the Hawkesbury River or just cruising around Pittwater. He would also be keeping them safe from any changes he had seen since that steamer had last visited.

One great instance of Mr. Black helping out tourist visitors to our Pittwater, and this may be of interest to you who catch a ferry to Newport School and disembark at Newport Wharf, was in 1881 when future king and then Princes George and Albert visited Australia as youngsters.

Newport Wharf, the first version - which was then called 'Victoria Wharf' after these young princes grandmother - Queen Victoria, had just been completed, partly in anticipation of having these princes as guests and being able to take them on a scenic cruise around Pittwater and up the famed Hawkesbury aboard a steamer called the 'Pelican' - owned by the gentleman who had also built the wharf and the first version of the Newport Hotel.

The newspapers of then tells us they visited our area on Monday August 1st, 1881 - so around this time of year, but 141 years ago. That bit from that report reads:

Yesterday morning a party from Government House and the Detached Squadron made an excursion up the Hawkesbury, and fortunately the weather was so fine that every lovely scene on the river appeared to the best advantage.

The Royal Princes were of the party. At an early hour those engaging in the excursion left Man-o'-war Stairs, and proceeded in the steam launch Nea to Manly, whence they were conveyed by Mr. Boulton's coaches to Newport. There they were received by Mr. Jeannerett on board the steam launch Pelican. Barrenjoey was passed about 11 o'clock. At Barrenjoey Mr. A. T. Black and friends were invited on board the Pelican and the boat then proceeded up the river.

The day being beautifully clear, the scenery of the Hawkesbury was, seen to the best advantage, and was very much admired. Wiseman's Ferry was reached about 3 o'clock in the afternoon. The Pelican stopped at the wharf for a few minutes, and on the Princes appearing the residents assembled, and an address of royal welcome was read and presented to them by the master of the Public school, on behalf of the inhabitants of the village. The school children sang the " National Anthem," and those assembled then gave three hearty cheers for the Queen and the Princes. Prince Edward acknowledged the, compliment in a few appropriate words. The arrangements made by Mr. Jeannerett for the comfort and convenience of the party appeared to give great satisfaction. The Pelican resumed her journey, and we. up the river as far as Sackville Roach, at which spot the party disembarked, and drove thence to Windsor, returning from Windsor to Sydney by special train at night.

The Princes slept at Government House, and will probably remain guests of Lord Augustus Loftus for a few days, after which they will rejoin their old ship the Bacchante, which has now finished her coaling and provisioning..  THE DETACHED SQUADRON. (1881, August 2). The Sydney Morning Herald (NSW : 1842 - 1954), p. 5. Retrieved from http://nla.gov.au/nla.news-article13491533 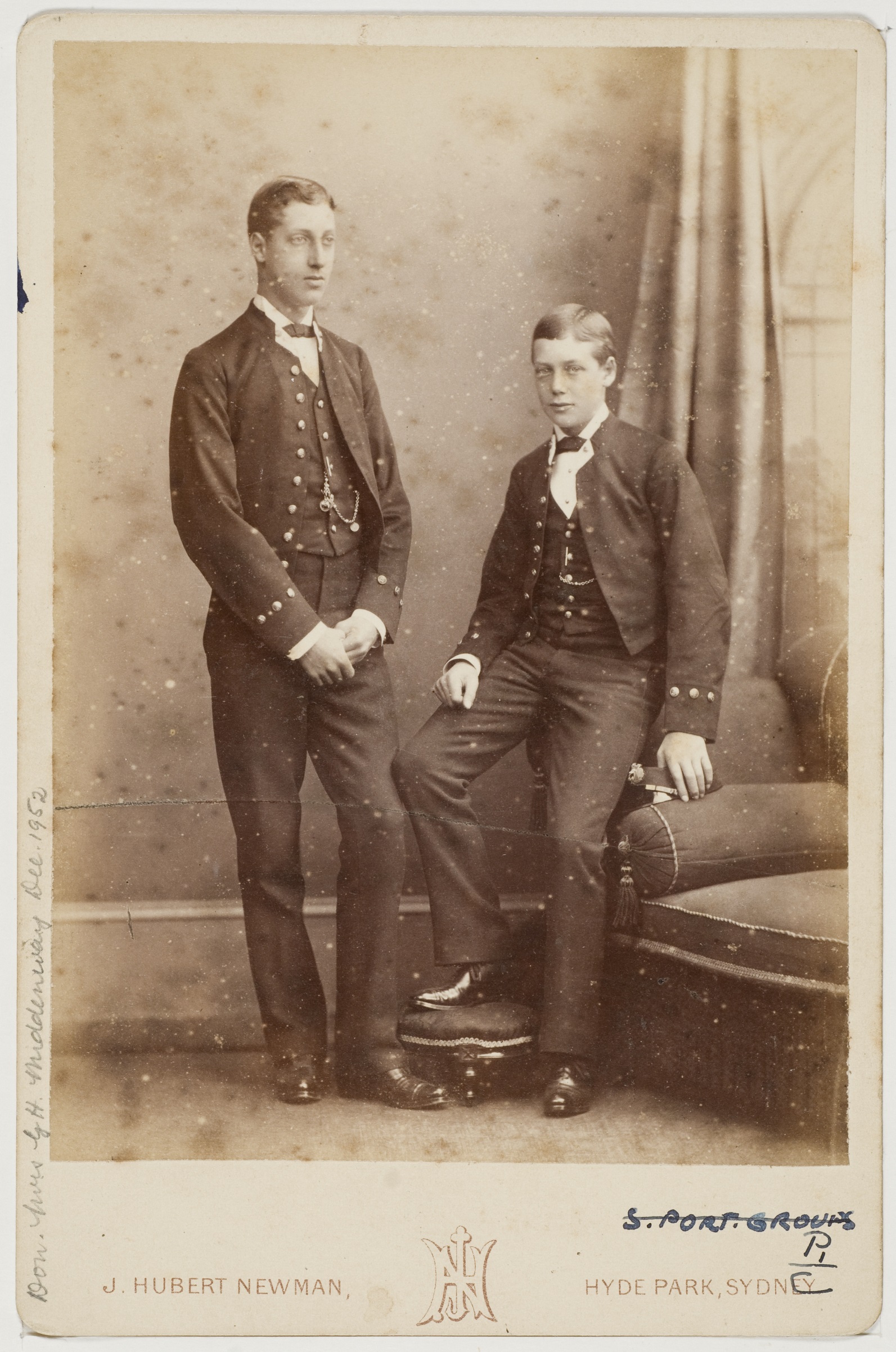 The Royal brothers were sent as naval cadets on a three-year world tour aboard HMS Bacchante. Albert Victor was rated midshipman on his sixteenth birthday. They toured the British Empire, visiting the Americas, the Falkland Islands, South Africa, Australia, Fiji, the Far East, Singapore, Ceylon, Aden, Egypt, the Holy Land and Greece. By the time they returned to the UK, Albert Victor was eighteen.

The Voyage of the Royal Cadets Round the World, Sketches on Board H.M.S. "Bacchante". Illustration for The Graphic, September 20, 1879. Captain's Cabin; Dining Room; Gun Deck; View from the Forecastle looking Aft; Quarter Deck; The Princes' and other Midshipmen's Berth called the Gun Room; Bow View; Captain's Retiring Room; the Princes' Bedroom; Stern View. By William Edward Atkins - The Graphic

For those who like to read more there's some pages in the magazine available for you:

You will find lots of others related to these subjects in the Contents page. Explore at will and whim - no exams here!

Next week - for those who like their lollies - I want to be a Confectioner! 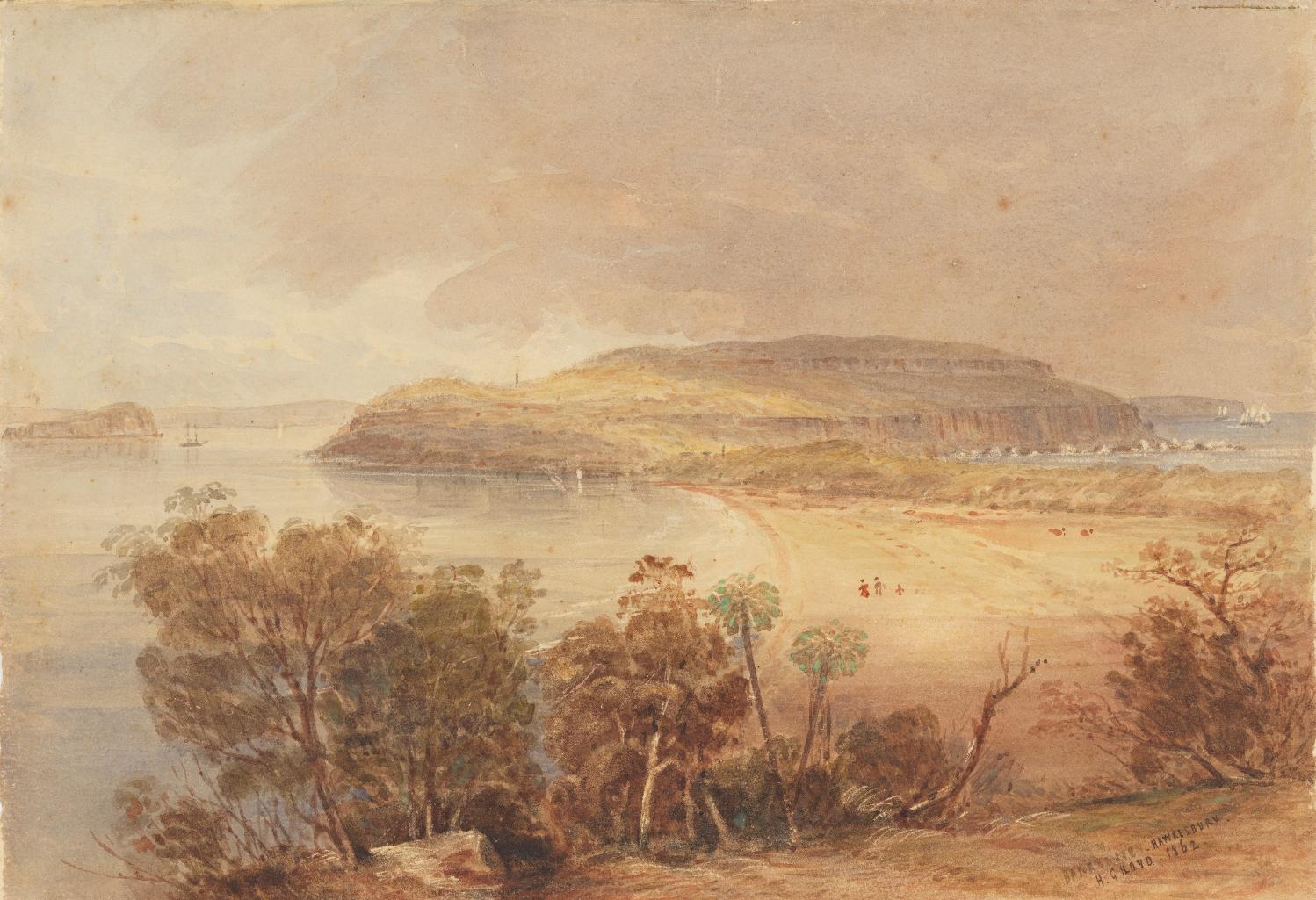