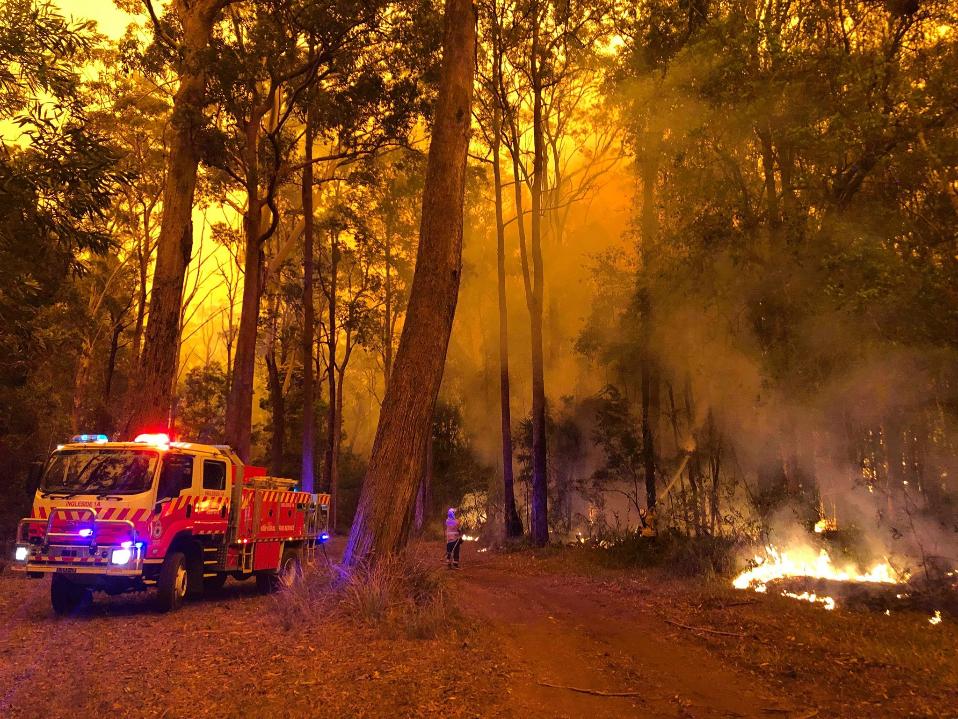 Ingleside NSWRFS heavy bushfire Tanker was deployed 5am this morning to the Port Macquarie area to assist with the bushfire effort. An additional 5 tankers were also responded to Taree just after lunch. Ingleside currently have 4 RFS volunteers involved in this bushfire effort.

The 2nd Strike Team that left just after lunch from the Northern Beaches RFS District today (Friday November 8th) ended up at the Rainbow Flat bushfire, just South of Taree. Hot times for that Strike Team.

The four Ingleside Rural Fire Brigade NSWRFS volunteers have continued to assist with the bushfire effort on the Mid North Coast of NSW. Their heavy bushfire tanker continues to work in the area. They have saved homes!

The Ingleside NSWRFS Tanker is up in the Port Macquarie area.

At 12:30am, November 10th, 74 bush fires continue to burn across NSW with 43 still not under control. 1 fire remains at Emergency Warning at Hillville Rd on the Mid-Coast and 15 still at Watch and Act.

Crews are using favourable conditions on a number of firegrounds to undertake backburning to strengthen containment lines ahead of worsening conditions early this week.

Here are some photos from our RFS volunteers over the last 24 hours. Keep up to date with the Fires Near Me App. 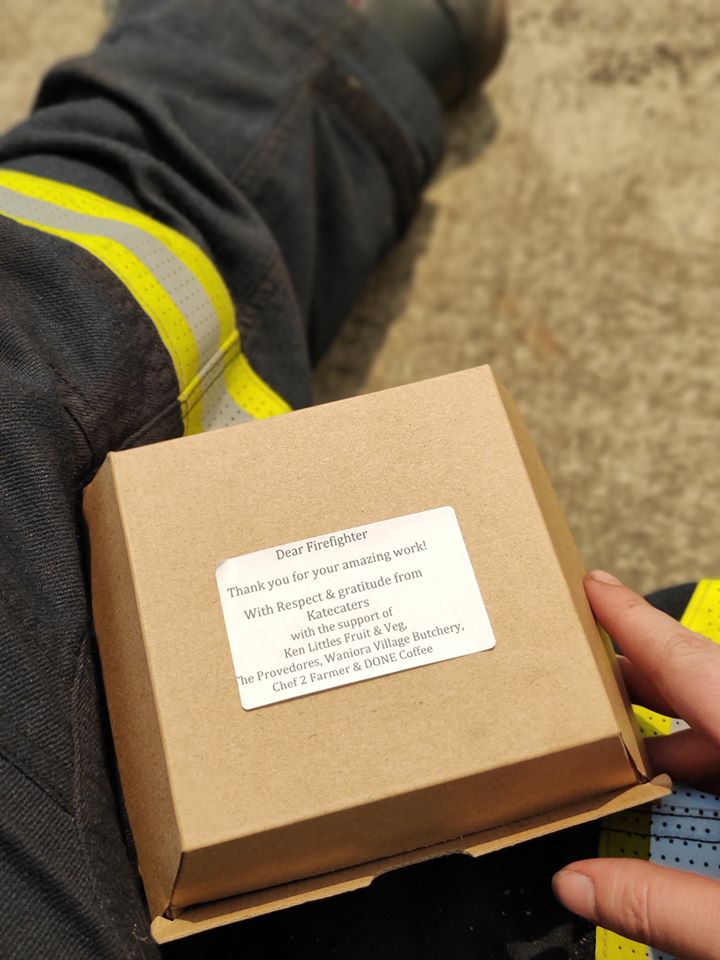 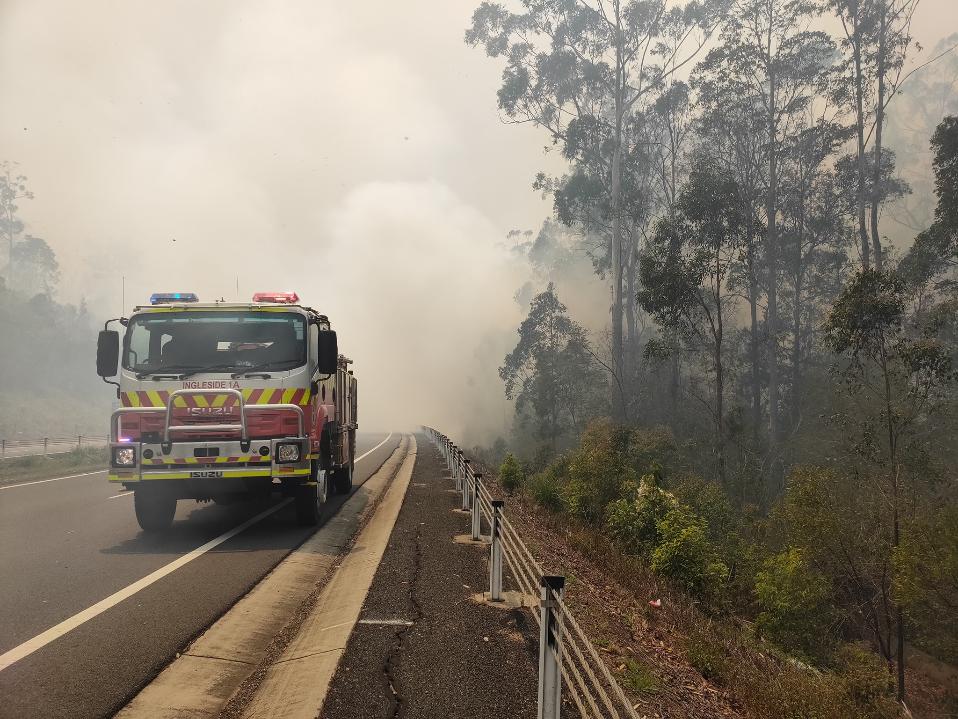 This video shows our Captain and Senior Deputy Captain leading the crew into Holdens Lane, Rainbow Flat, and shows just how bad the fire situation currently is.

Please visit www.rfs.nsw.gov.au/fire-information/fires-near-me if you want to keep up to date with the emergency situation around eastern NSW.

Tuesday will be a dangerous day.

Based on the latest forecast, we are likely to see widespread Severe and Extreme fire danger. This is expected to stretch from the Queensland border to the south coast, and across the Central West.

There is already extensive fire activity across the north coast and northern NSW areas. These fires won’t be contained in time.

Under these conditions, these fires will spread quickly and will threaten homes and lives.

These conditions will be as bad, if not worse, than those experienced on Friday as they will be across a much broader area including large population centres like Sydney.

There are significant resources committed to fires and they are limited.

If you are threatened by fire, you may not get help.

Monitor conditions over the next few days. Use the time now to get ready.

Stay up to date on bush fires in your area and take responsibility for your own safety.

This coming Tuesday has the potential to be a very serious fire danger day for most of NSW including the Greater Sydney area.

Are YOU Bush Fire Prepared?

Have YOU and YOUR family discussed what to do in the event of a bushfire?

Preparing for a bush fire is easier than you think. It’s your responsibility to prepare yourself, your home and your family. There are four simple steps to get ready for a bush fire:

1. DISCUSS what to do if a bush fire threatens your home.

2. PREPARE your home and get it ready for bush a bush fire event.

4. KEEP all the bush fire information numbers, websites, and the smart phone app.

More information including guides to prepare a Bushfire Survival Plan can be found at https://www.rfs.nsw.gov.au/resources/bush-fire-survival-plan

Stay up to date with current Bush Fires in your area by going to the Fires Near Me Website (https://www.rfs.nsw.gov.au/fire-information/fires-near-me) or download the app to your smart device.

The Christmas Drought Run - Hampers For Farmers And Their Families: 2019 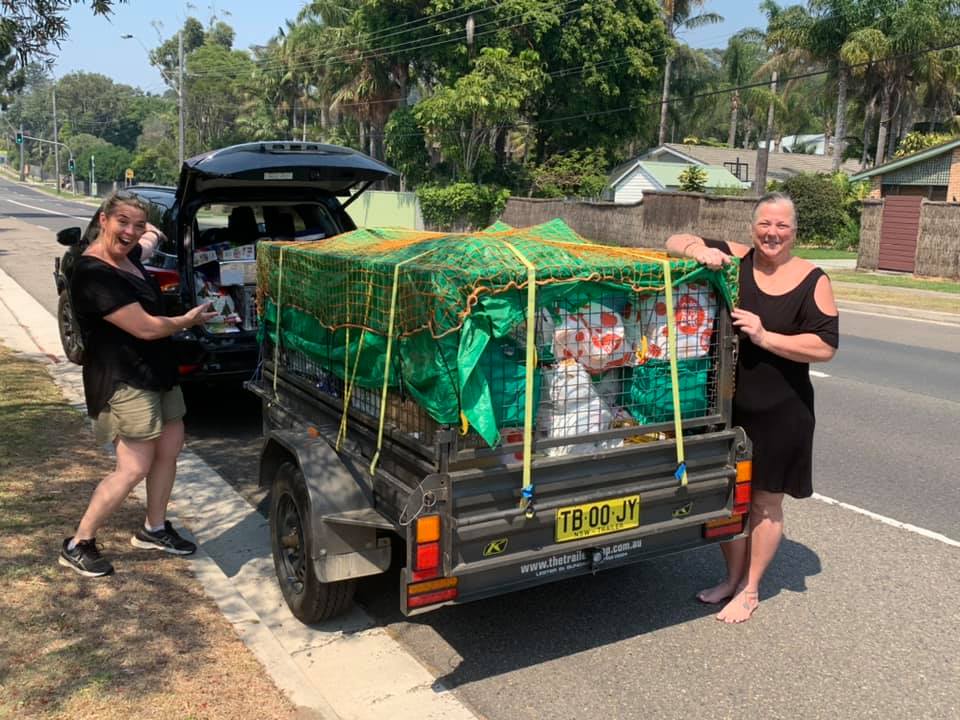 Items can be dropped off to Lisa's place in Avalon. 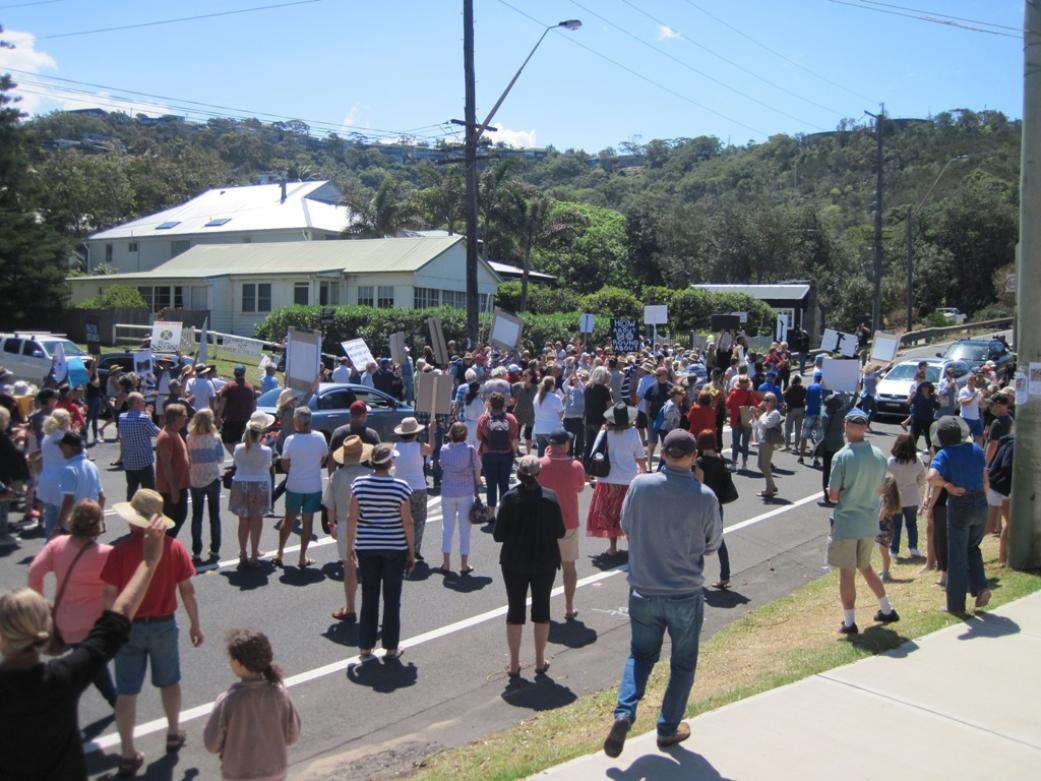 Feedback can be provided in 5, 10, and 15 minute answers online should you not wish to pen a long and detailed point by page point response. 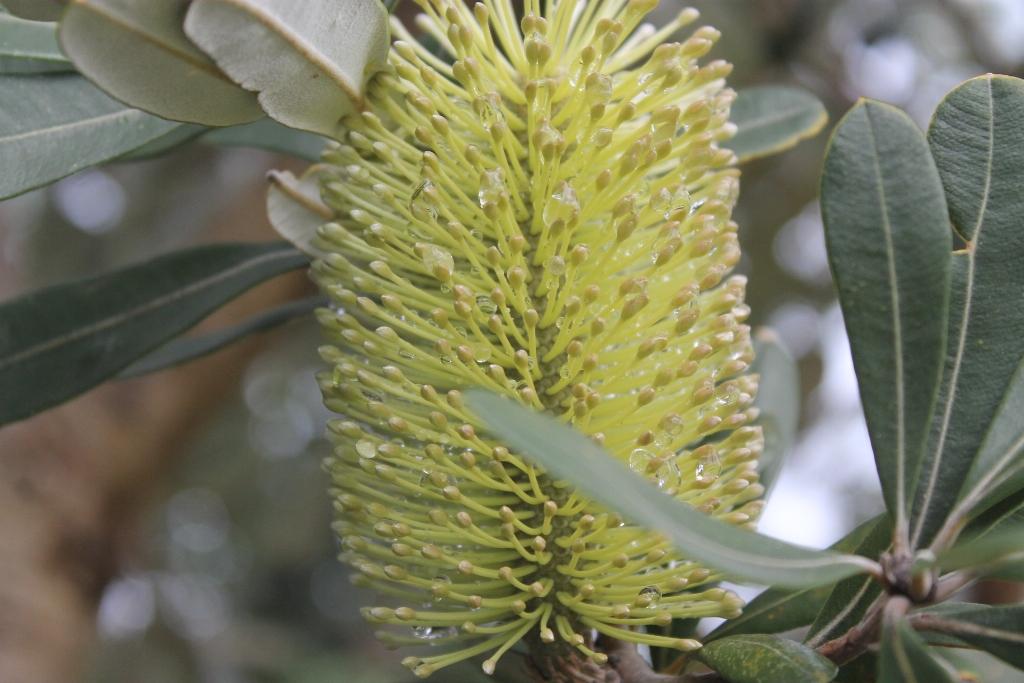 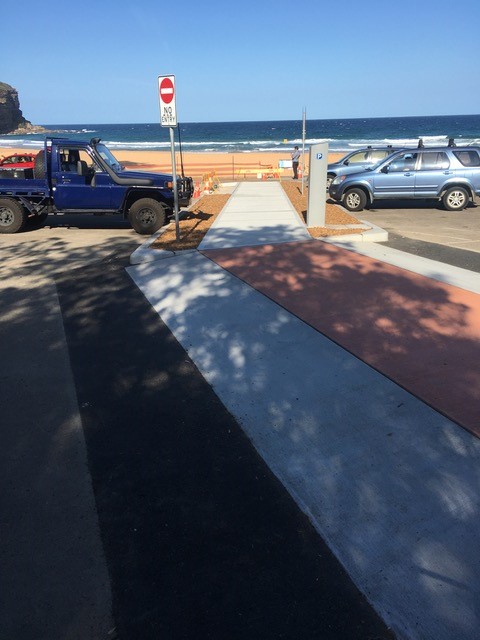 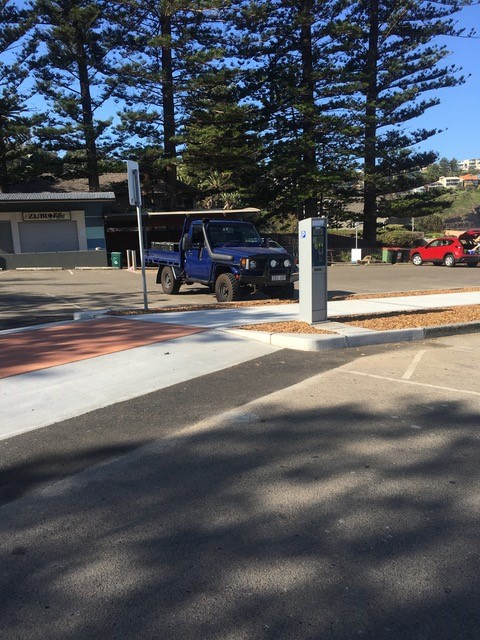 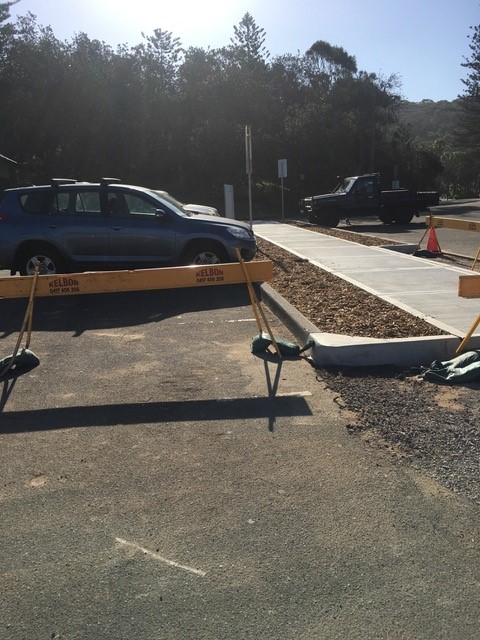 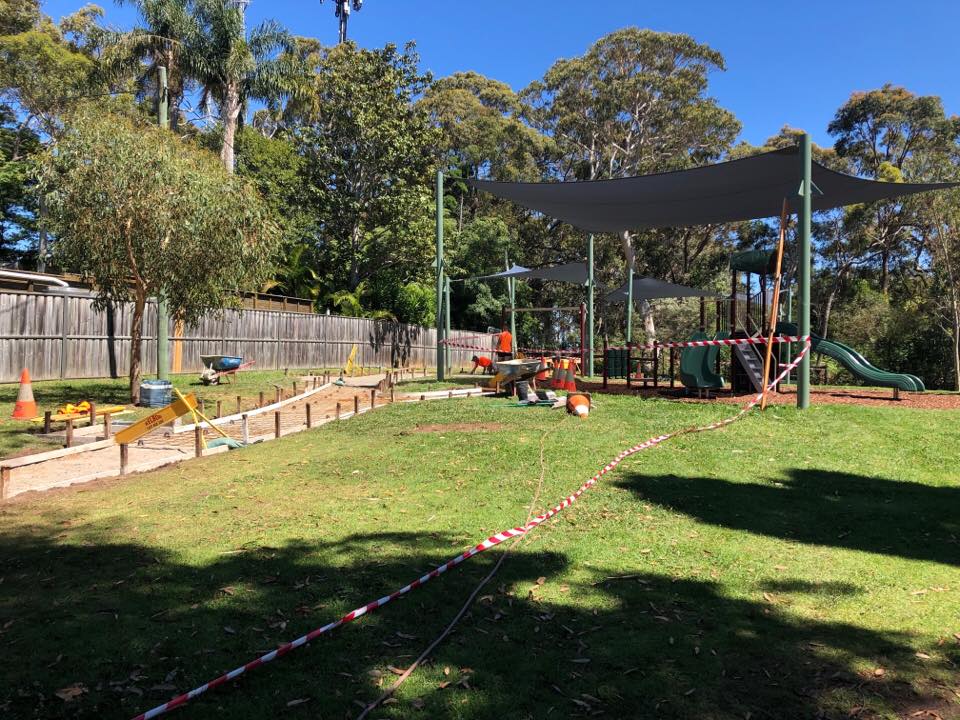 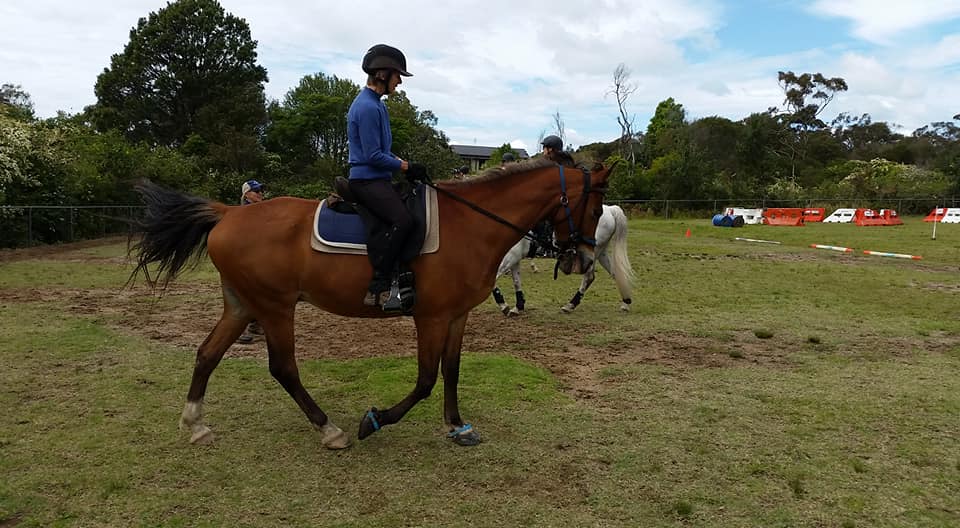 The IRG also has a LADIES DAY, from 10am - midday. Ladies Day is on every alternate Wednesday and has been running at the IRG grounds for almost 2 years. It's a fun casual morning with like minded horsey people. We support each other and have a lot of fun whilst learning and improving. Everyone is welcome.

And a Wednesday Social Morning for any members and their guests between 10 and 12. Please let us know here if you can make it. Try some obstacles, do some flatwork or enjoy a leisurely trail in this lovely weather. Happy riding! 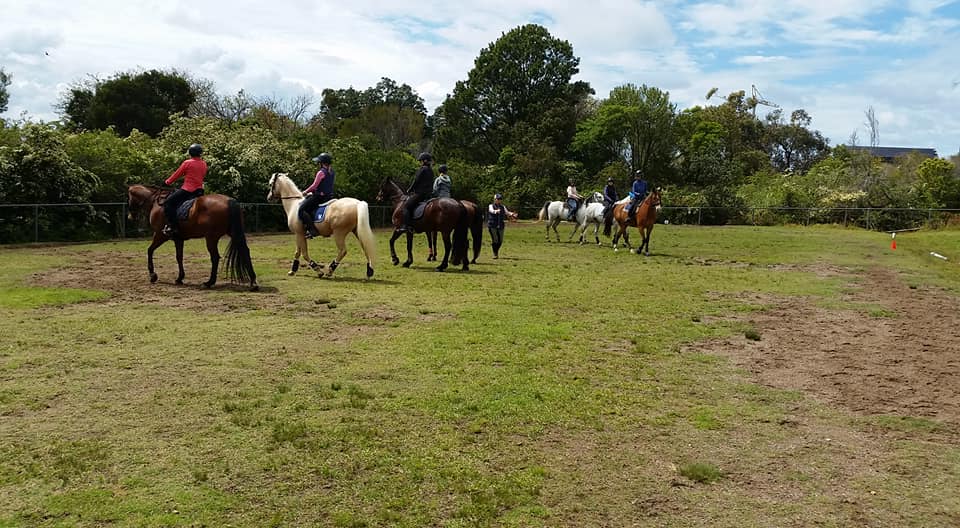