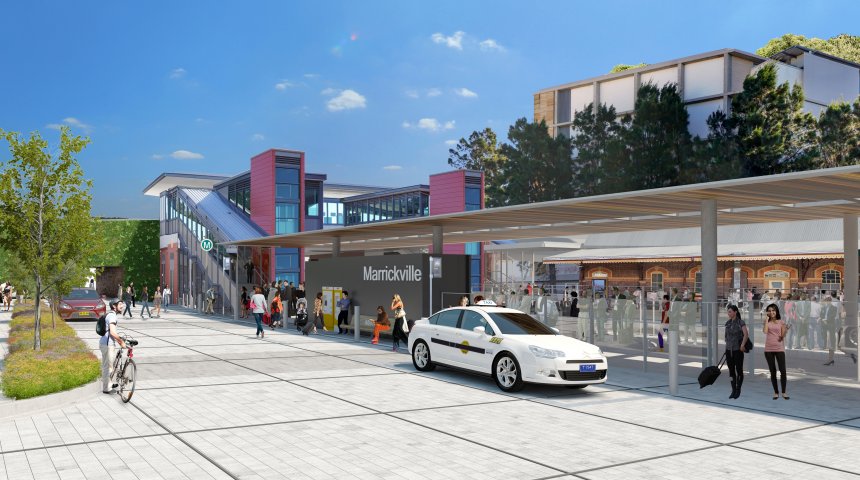 What if the NSW government set up a new state-owned business corporation and handed it sweeping powers that duplicated those of several established authorities, including the power to prepare strategic plans, buy, develop and sell land, run other businesses (including bus services) and, incidentally, manage a railway system?

Well, this isn’t a hypothetical question, as the government has just pushed the Transport Administration Amendment (Sydney Metro) Bill 2018 through parliament. The legislation, which passed yesterday (May 16, 2018) with little fanfare, amends the Transport Administration Act 1988 to constitute the Sydney Metro as a corporation. It also creates the Sydney Metro Board to run the new entity, which can undertake all the activities outlined above.

Why has the government done this? Setting up a government-owned corporation to oversee the development and operation of a privately-operated metro is not so surprising for a Coalition Government, but why give this new body a range of powers that goes well beyond ensuring the metro trains run on time?

Not surprisingly the opposition thinks it has the answer – the metro is being “fattened” for privatisation, a claim the government strenuously denies. However, the government may have another agenda for the Metro, one which may prove to be even more controversial.

The legislation starts with a clear commercial focus. The “orderly and efficient development of land” near metro stations, depots and stabling yards is given equal top billing as a key objective alongside the delivery of “safe and reliable metro passenger services”. 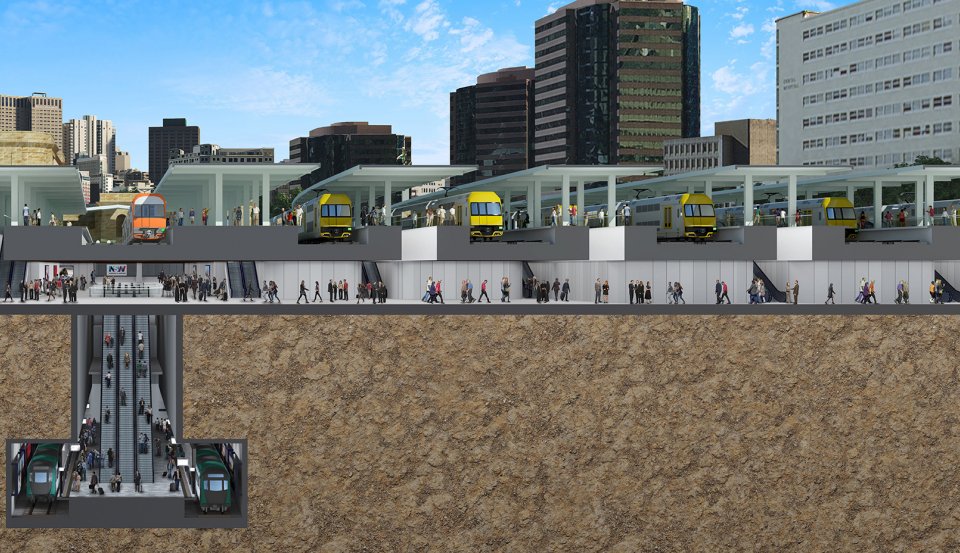 The rest of the objectives follow this trend. The Metro is to be a successful business, operated “at least as efficiently as any comparable business” with the aim of maximising the “net worth of the State’s investment in the metro”. This imperative is leavened with requirements that the Metro is to “exhibit a sense of social responsibility” and have a “regard to the interests of the community” while conducting operations “in compliance with the principles of ecologically sustainable development”.

The functions listed in the bill (Section 38B) cast the Metro’s net even wider. Clause 3(a) for example allows the Metro to conduct any business even if its unrelated to its functions, as long as it “will further its objectives” – which would seem to indicate that the new Sydney Metro Board will be able to do just about anything it likes. Almost to emphasise this commercial and operational freedom, clause 3(b) states that the metro can operate other transport services “including bus services”, whether these are connected to the metro or not.

Other parts of clause 3 also give the Metro the right to “build, modify, hold, manage, maintain, finance and establish” transport and metro assets. These rights extend to the assets of other public transport agencies; Sydney Metro can also dispose of any assets, other than the metro itself.

Clause 4 gives the Metro authority to acquire, develop, lease or sell land, while section 38D greatly expands on the Metro’s role as a property developer. It’s worth quoting part of clause 1:

Division 4 of the bill covers the composition and role of the Sydney Metro Board. Up to seven directors will be appointed by the Minister for Transport, with one appointed by the Transport Secretary. This division also provides for the appointment of the Board’s Chair and CEO. Division 5 permits the Board to appoint advisory committees and also requires it to prepare an annual corporate plan which must be made available in draft form for public comment.

The completed plan is also to be made public, though the Metro is not required to make available commercially sensitive information unless required do so under the Government Information (Public Access) Act 2009. The rest of the bill comprises largely procedural amendments to the Act. An interesting exception is the creation of a Sydney Metro Fund to be administered by the Board.

It’s also worth looking briefly at the debate in parliament. In his speech introducing the bill, Transport Minister Andrew Constance stressed the benefits the new corporate structure would bring in terms of delivering services and carrying out “the orderly and efficient revitalisation of land” around metro assets. He also claimed that the Sydney Metro Board would have the expertise “to maximise Government’s already significant investment in the metro and future growth”. Constance also stated:

Establishing the Sydney Metro as a dedicated statutory corporation is a demonstration of this Government’s commitment to delivering world-class, customer centred transport services to meet the needs of the community, both now and into the future.

However, the Minister largely failed to explain why the new corporation needed to be a property developer or to run enterprises (including bus services) unrelated to the metro. Nobody from the government in either house was able to provide a convincing rationale for providing the new corporation with such a strong commercial focus.

In her reply to the Minister opposition MLA Jodi McKay said the government had “one agenda, and one agenda only: privatisation”. Along with other opposition and cross bench speakers she questioned the necessity of creating a corporation with such sweeping powers, comparing it to the government’s strategy in setting up the Sydney Motorways Corporation and then putting 51 percent of it on the market. McKay said:

Why does this Sydney Metro authority, this Sydney Metro Board, this statutory corporation need the ability to buy or lease land? It needs it because the Minister is fattening the pig for market. If you buy that land and put it within the statutory corporation—hey presto!—you have a big corporation, a big agency, that has bus services and can develop land, and it is in legislation. This means that the Government will try to push this legislation through today because it needs to start work so that, if it wins the next election, it can then sell the Sydney Metro.

Privatising Sydney Metro – or another agenda?

It is tempting to agree with the state opposition’s assessment of the legislation, especially given the government’s failure to specify why Sydney Metro is being given such broad commercial powers. There is little that the Metro cannot now do as long as its activities support its role as a “successful business”.

It is also true that the government has form in this area, with the partial sale of the Sydney Motorways Corporation, another recently-created arms-length body being put forward as “Exhibit A”. There is also the Transport Minister’s statement that in the future governments won’t need to deliver transport services as the private sector will do a better job.

The broadening of Sydney Metro’s mandate would certainly increase its value if privatisation is contemplated. As many metro systems overseas have shown the real money is likely to be made not in the sale of train tickets but in the ability to redevelop land in the vicinity of train stations. If the Metro has the right to plan these developments and then invest in them – and in doing so can bypass other government agencies which would otherwise have control – it would be able to capture the resulting uplift of property prices, thus turning it into a much more attractive package for sale.

However, privatisation may not be the government’s real goal, even in the long term. While the legislation makes the Metro a more sellable item it also turns it into a new model of streamlined and corporatised quasi-government agency. What if this has been the government’s intent all along?

The government now has a body that will be able to offset much of the cost of future metro construction through property development, capitalising on its advantages as a notional state agency that can operate with limited public scrutiny. As its capital base increases it will be able to make more investment in its own right and become self-sustaining. The government could then start to transfer other government services – for example, bus services (as mentioned in the legislation) – to Sydney Metro.

Inevitably these services would themselves become commercialised, further reducing the cost to government. Over time the government could either continue to transfer other services to the Sydney Metro or alternatively set up new corporations covering other areas of government operation.

In other words, the value to the current government may lie not in selling off the Sydney Metro, but rather in retaining it as a mechanism and model to drive the corporatisation and commercialisation of the rest of the public sector. Many would regard this as a being a much more concerning outcome than even the impact of privatisation.

The above has been republished courtesy of The Author. Sydney Metro’s Commercialised Future was originally published May 18, 2018 on the blog created by Gooding Davies Consultancy Pty Ltd to examine and discuss key strategic issues, based on current research and a general survey of what’s happening in relation to planning, transport, advocacy, policy development and project and organisation management.

Gooding Davies Consultancy Pty Ltd is an independent consultancy based in Western Sydney, Australia, providing a range of services to Councils, Government and the corporate and community sectors including:

This blog complements Sociamind, another Gooding Davies Consultancy blog, which looks at social media and online services relating to the local government and community sectors.

All aboard Sydney Metro

The new authority will support the delivery of the biggest urban rail infrastructure investment in Australian history and allow Sydney to get the maximum benefits well into the future from what will be one of the world’s great railways.

The legislation establishes Sydney Metro with accountability for the entire metro lifecycle - from the planning, construction, delivery and operations of Sydney Metro services to its integration within the urban fabric of Sydney.

“Sydney Metro is a game-changer for Sydney which will revolutionise the way we get around our great global city for future generations to come – metro rail is here to stay,” Transport and Infrastructure Minister Andrew Constance said.

“New world-class metro rail services will start before we know it – in the first half of next year in the booming North West, then extending into the CBD and beyond to Bankstown. In 2024, Sydney will have 31 Sydney Metro stations and 66km of new metro rail, with a new metro train every four minutes in each direction in the peak.

“We need to focus on more than just the first day of operations – we want great outcomes for all of Sydney for future generations to come from this $20 billion-plus investment.”

Transport for NSW’s Sydney Metro Delivery Office will be transformed into the enduring Sydney Metro government agency, which will be dedicated to delivering a new mass transit system that will grow with the city.

Sydney Metro will be owned by the NSW Government and will be part of the Transport for NSW cluster, operating similar to Sydney Trains.

Many transport organisations around the world operate in a similar way, ensuring new rail systems can be effectively delivered and integrated with the communities and places around them – and that the customer is always at the centre of their operations.

Sydney Metro will be tasked with working across government to lead the delivery of a world-class metro rail system focused on customers and great local places, driving the state’s economic growth well into the future as a result.

The Sydney Metro Delivery Office has been working within Transport for NSW since 2011 and will be transitioned into the new authority, which is expected to come into effect on 1 July 2018.