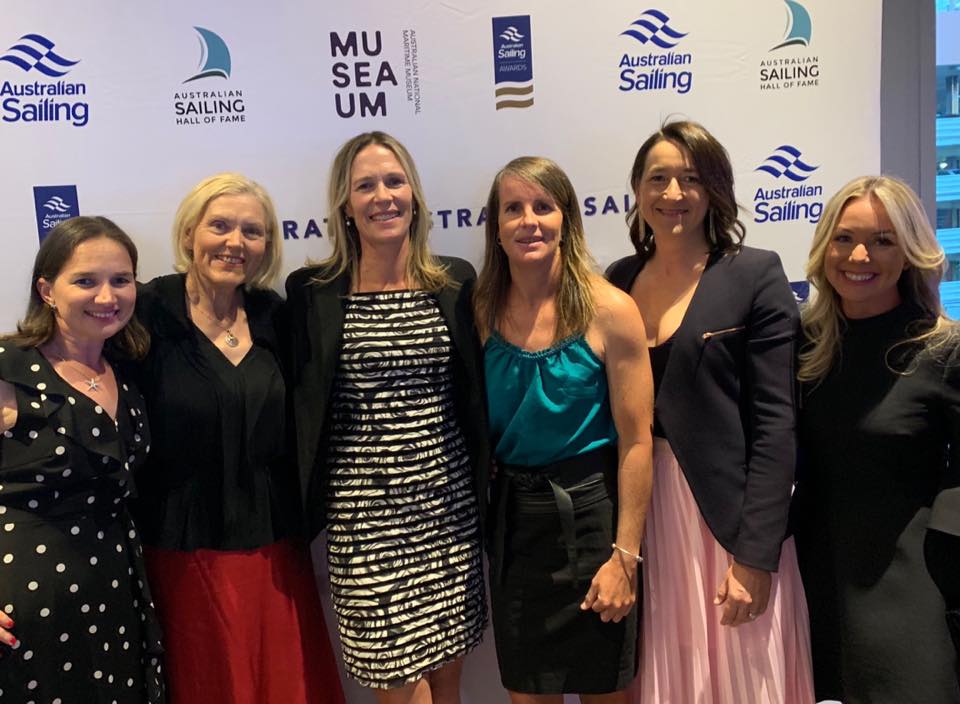 Ocean Respect Racing's Katie Spithill, Vanessa Dudley, Carolijn Brouwer, Stacey Jackson, Sarah Crawford and Jade Cole at Australian Sailing Awards 2019 - Ocean Respect Racing photo.
Pittwater sailors have again featured in this year's national Australian Sailing Awards with Bayview's Mark Foy being the first announcement of those being inducted into the Australian Sailing Hall of Fame. Ocean Respect Racing, with RPAYC members Stacey Jackson and Katie (Spithill) Pellew and their all-women crew, won the inaugural Sustainability Award, while fellow RPAYC Members Richard Slater was recognised as Official of the Year, and the Lifetime Achievement Award honoured John McConaghy.
Greg Hyde of Manly and Crystal Bay Sailability received the honour of also being inducted into the Sailing Hall of Fame, and Pittwater and Clontarf connected Trygve (1920-2014) and Magnus Halvorsen (1918-2015) were also inducted into the Australian Sailing Hall of Fame. Their brother Carl was a RPAYC Member since the late 1960's and funded the RPAYC Carl Halvorsen Scholarship, designed to encourage young people into the sport by lending them sailboats so they could decide whether to invest in their own.
He also loaned his 5.5m Crest to Crown Prince Harald of Norway for the 1970 5.5m world championships held off Palm Beach and narrowly missed out on selection for the 1968 Olympic Games but sportingly lent his state-of-the-art sails to Bill Northam, a fellow RPAYC Member and Bayview resident, who won Australia’s first Olympic gold medal for sailing in Barranjoey.

Mark Foy was a visionary and a man of great passion who championed the sport of open boat sailing in the iconic working craft of colonial Sydney Harbour.
He was a colourful character remembered for his efforts to take the sport interstate, nationally and internationally. He changed the face of sailing with the formation of the Sydney Flying Squadron in 1891. Through innovative rules and coloured sail emblems he put skiff sailing firmly in the public eye and made it a hit with both sailors and spectators alike. His legacy lives on.

The Pittwater Online History page on Mr. Foy runs this Issue as an extra celebration. He was also among the first Australians to have a motor vehicle and ended up with a fleet of cars. 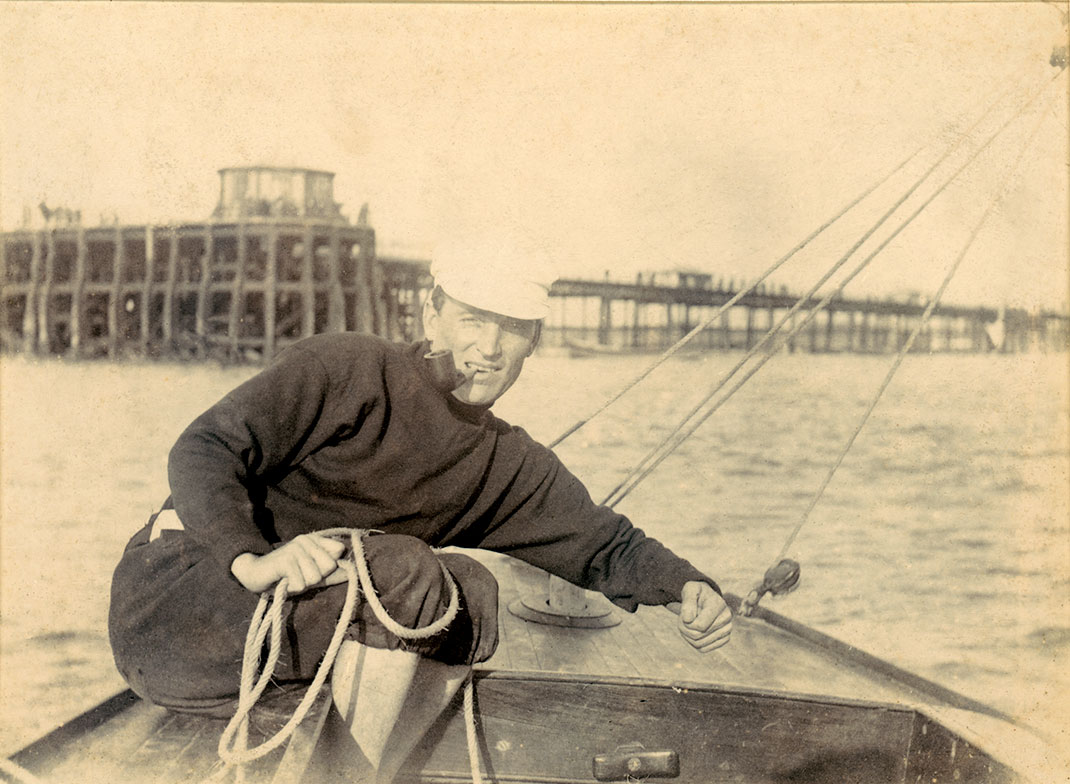 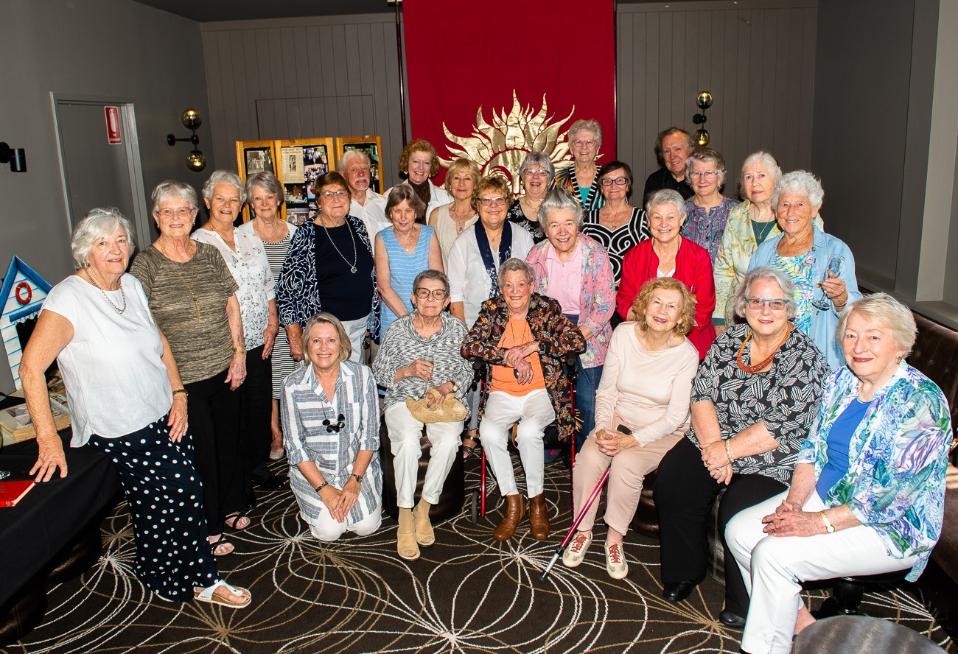 Members of the Avalon Craft Cottage gathered in the Stella Room at Avalon Beach RSL on Tuesday, October 15th, 2019 to celebrate the 50th year of this co-operative of creatives and their craft works. Originally based in a cottage shop on Old Barrenjoey road, once the collective moved out of this premises, and went mobile, they were able to bring their wares to a broader audience through holding stalls at Warriewood shopping centre, St Ives shopping centre, with annual sojourns at Avalon Community Centre as well.

The Avalon Craft Cottage has always had a strong emphasis on supporting and contributing to community with the Mona Vale Hospital Auxiliary and the Women's Shelter at Manly being the recipients of fundraisers and raffles held during Exhibitions in years past.

Maureen Darcy-Smith has recently stepped down after years as President and Publicity Officer, a position she has held for 27 years, for the co-operative. The new President is Lesley Warren. 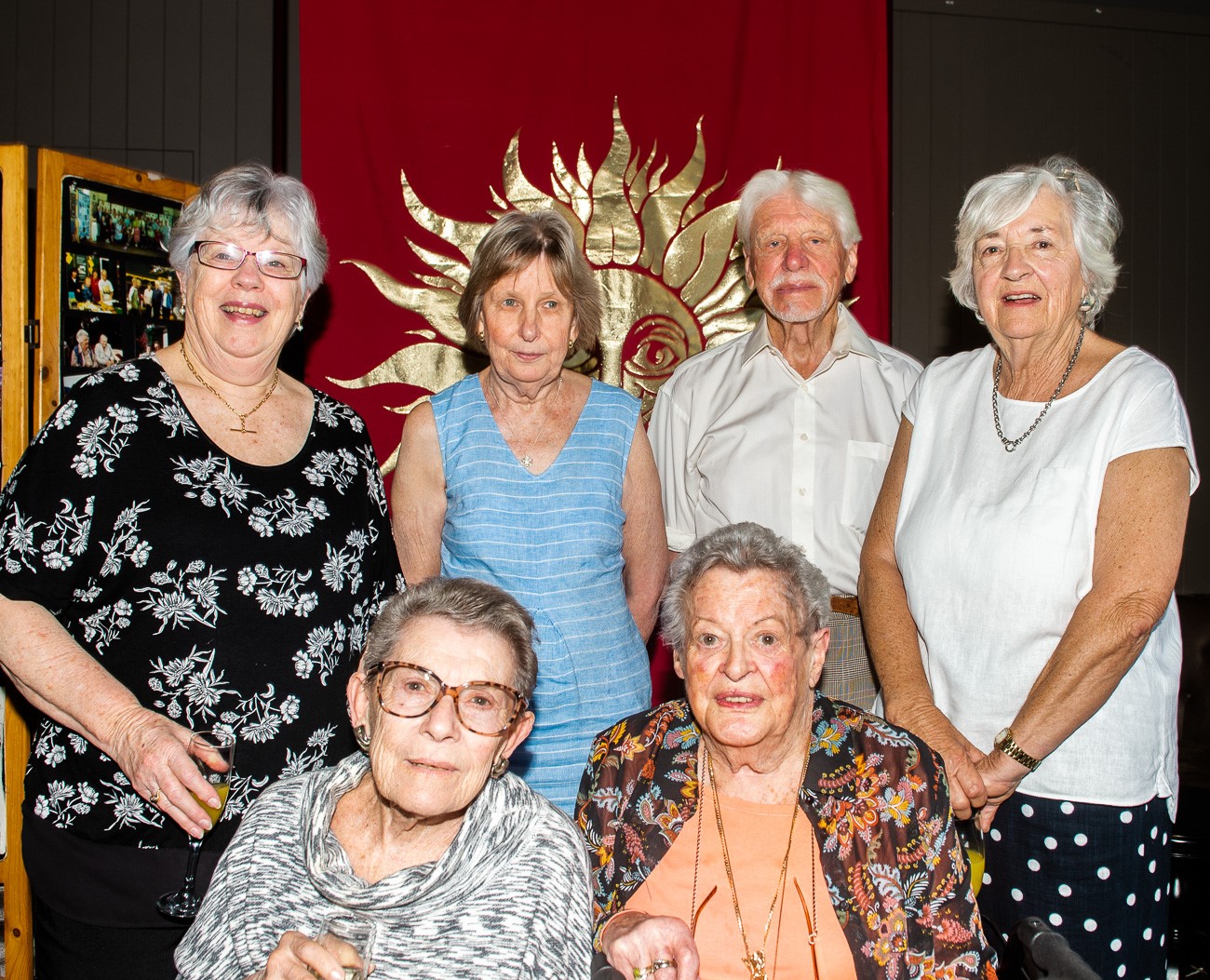 Attending the 50th Birthday Luncheon were Founding member Nola Marshall as well as Jenny Fraser, who joined the Avalon Craft Cottage within its first weeks. Jenny is still a working member of the group, and makes all those lovely decorations and pomander balls at Christmas. 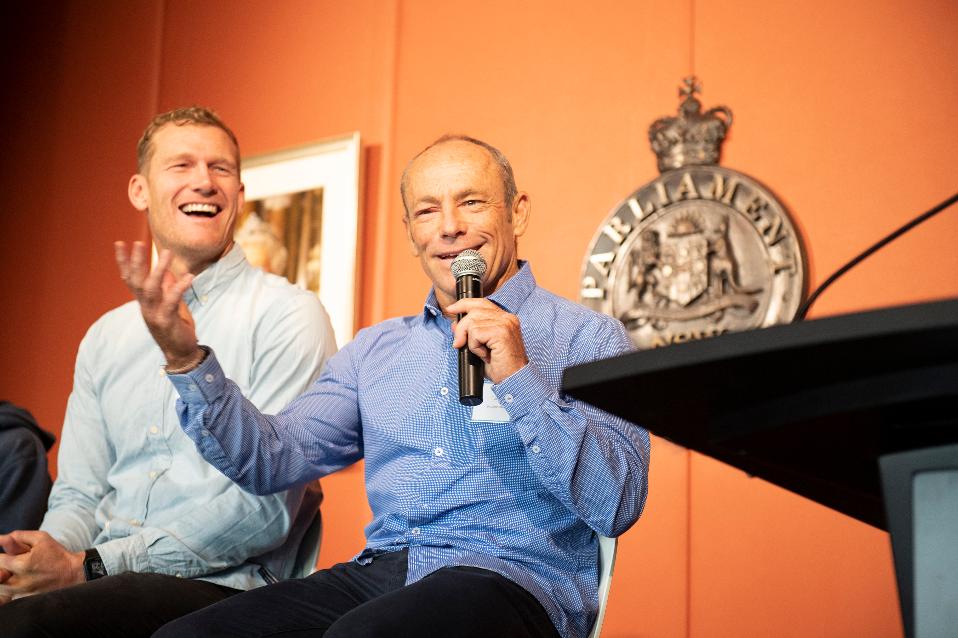 Surfing NSW this week launched a groundbreaking program of marketing and community-building partnership opportunities at an inaugural ‘Surf Summit’, hosted by the newly formed NSW Parliamentary Friends of Surfing. 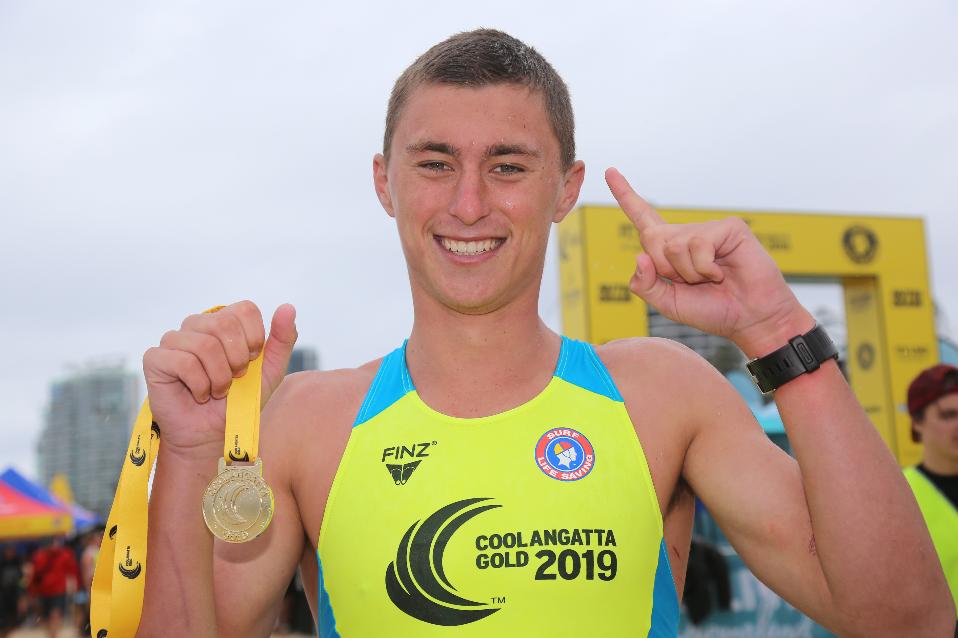 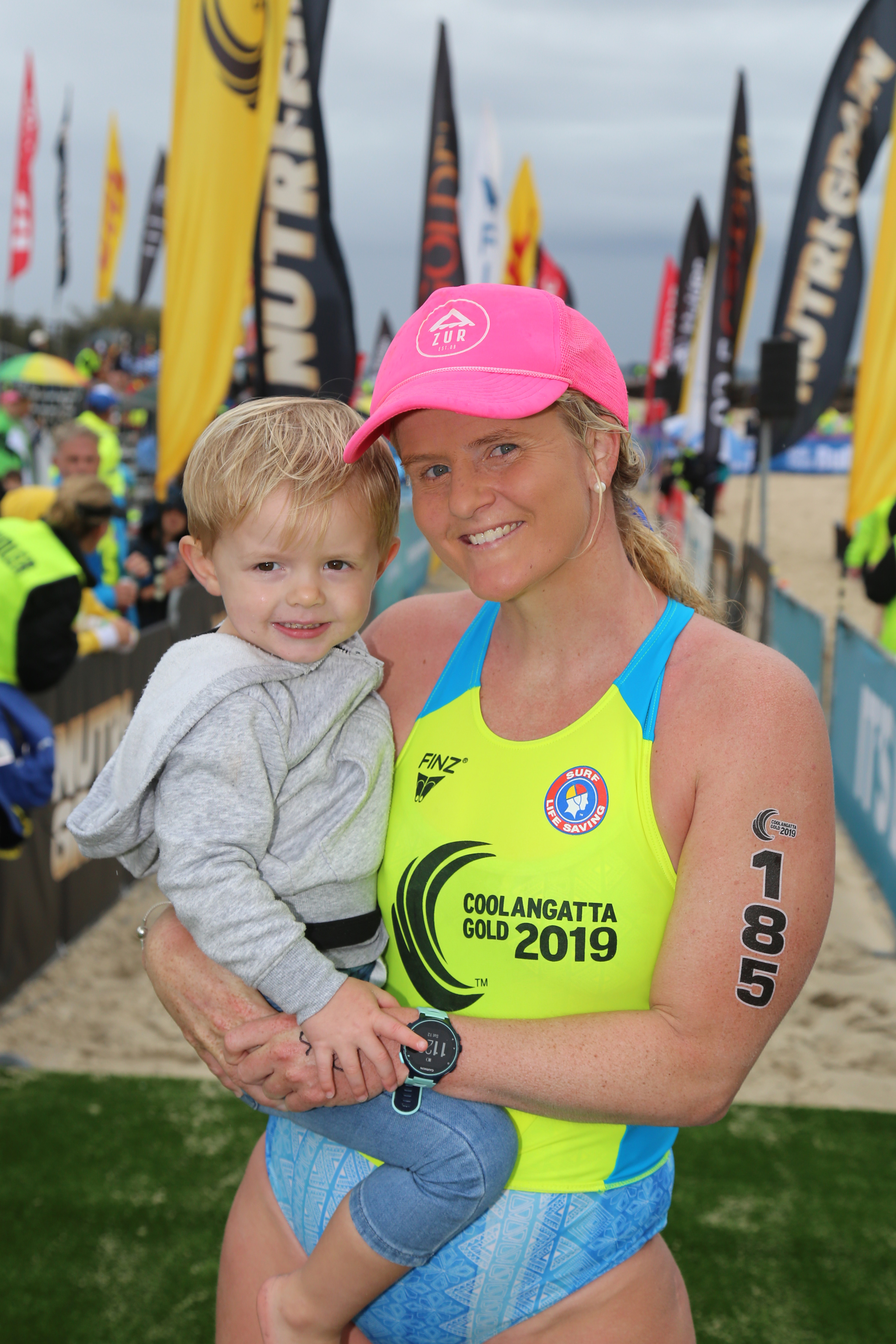 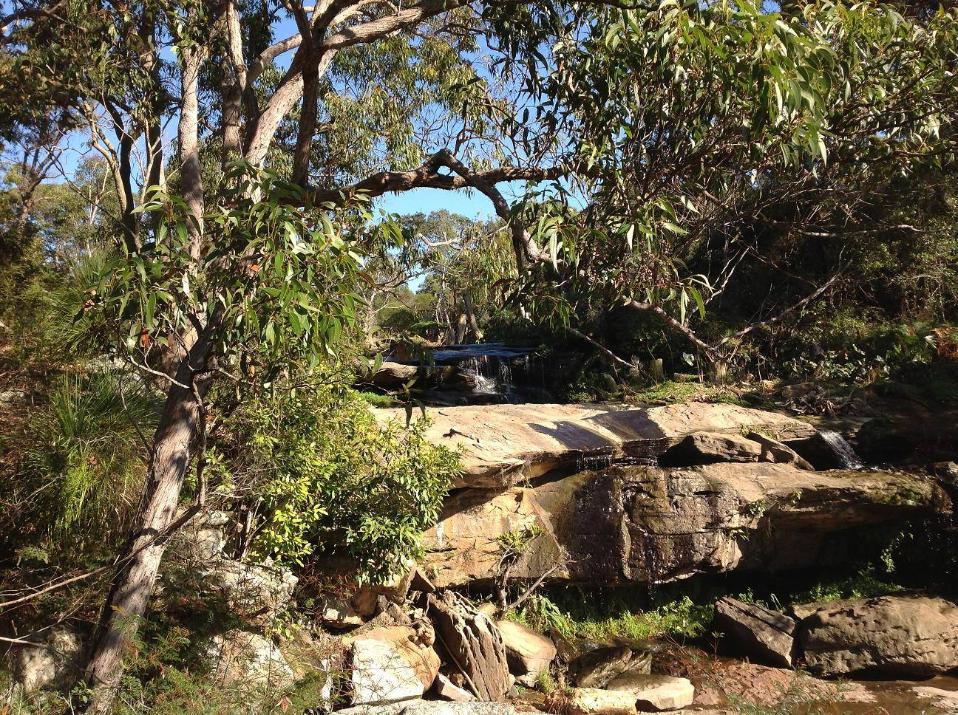 It's no accident that Mona Vale and Warriewood are backed by the escarpment's bushland of Ingleside Chase Reserve. PNHA had a major role in ensuring that two large privately owned areas were not subdivided and developed. Read how this was done in: A History Of The Campaign For Preservation Of The Warriewood Escarpment by Angus Gordon and David Palmer