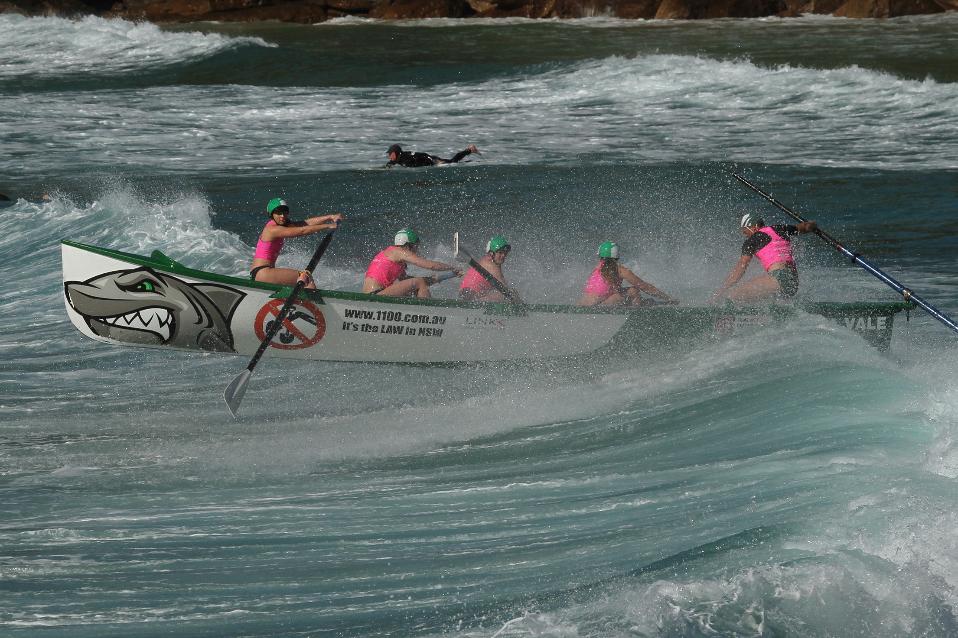 We've had choking dust storms followed by hard fast incessant winds and a return to snowy weather that switched to a warm verge of Summer humidity a day later this week. The conversations around everything else impacting on the community has been through the full gamut of everything too.

This morning, sweet Sunday, has broken still, peaceful, pink and quiet. So, before you catch up with all that, take a deep draught of this and exhale - it's why we all live here in the first place!

Freshie hosted an excellent carnival yesterday, with those attending thanking Ian 'Crash' Cradock for a great carnival. There were some apologies due to locals having gone south to be part of the Lifesaving World Championships currently being held in Adelaide. The weather has been a bit of an outstanding feature there too.

A few weeks back boatie crews headed west for the Boaties Big Food Drop, and have been dubbed the 'yellow shirts' by Dubbo locals. 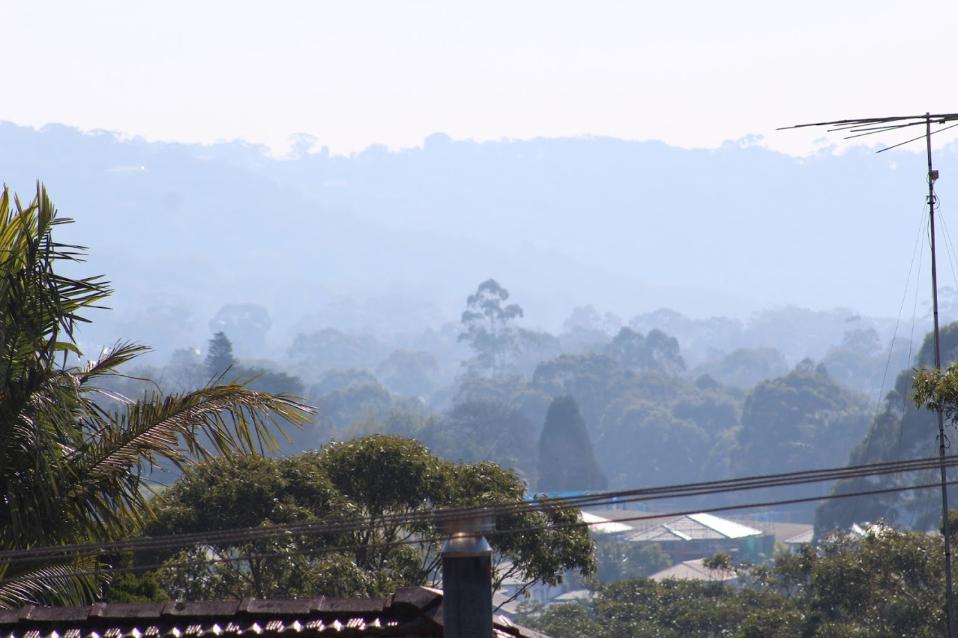 Proposed development plans for Ingleside will not proceed after an independent bushfire risk assessment found the 2016 draft plan  would put future residents in danger.

Department of Planning and Environment’s Acting Deputy Secretary, Planning and Design, Brett Whitworth, said the safety of residents is of paramount importance.

“Above all, we need to ensure the safety of residents at Ingleside,” Mr Whitworth said. “During consultation, we heard loud and clear that bushfire risk and mitigation was a key concern to residents in the area. We listened and responded to these concerns, by going back and relooking at the way we were planning for bushfire protection in Ingleside,” he said.

Mr Whitworth said the Department have halted plans at this stage to work with the Council and NSW RFS.

“We need to ensure we have the right evacuation measures in place for current and future residents – especially in the context of other nearby areas such as Elanora Heights, Warriewood, Bayview and Church Point,” he said.

“This evacuation assessment, as well as consultation with landowners will help determine whether any further development could safely exist in the area.

“Any development would need to be at a much lower scale and we would need a guarantee that the road network could handle the extra development in the event of an evacuation.

“It would also need to include upgrades to the existing road network and bushfire defences, for example by introducing strategic fire-fighting water supply tanks,” he said. 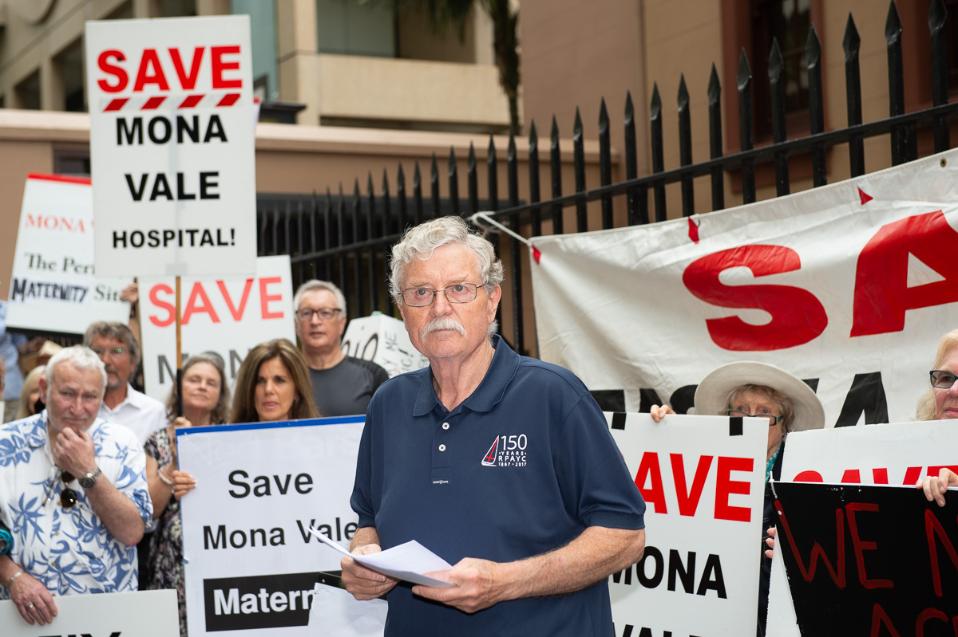 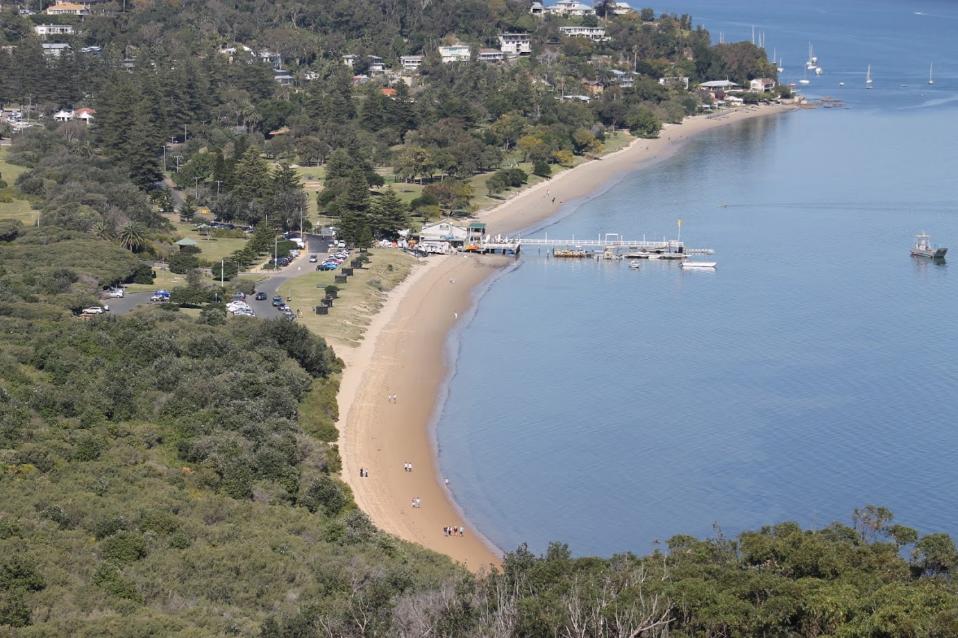 Those who strolled through Careel Bay playing fields or along the shore at Careel Bay during the pre local government elections would have been approached by people forcing on them the below 'how to vote' leaflet. The lobbyists were not interested in any discussing any other point of view. 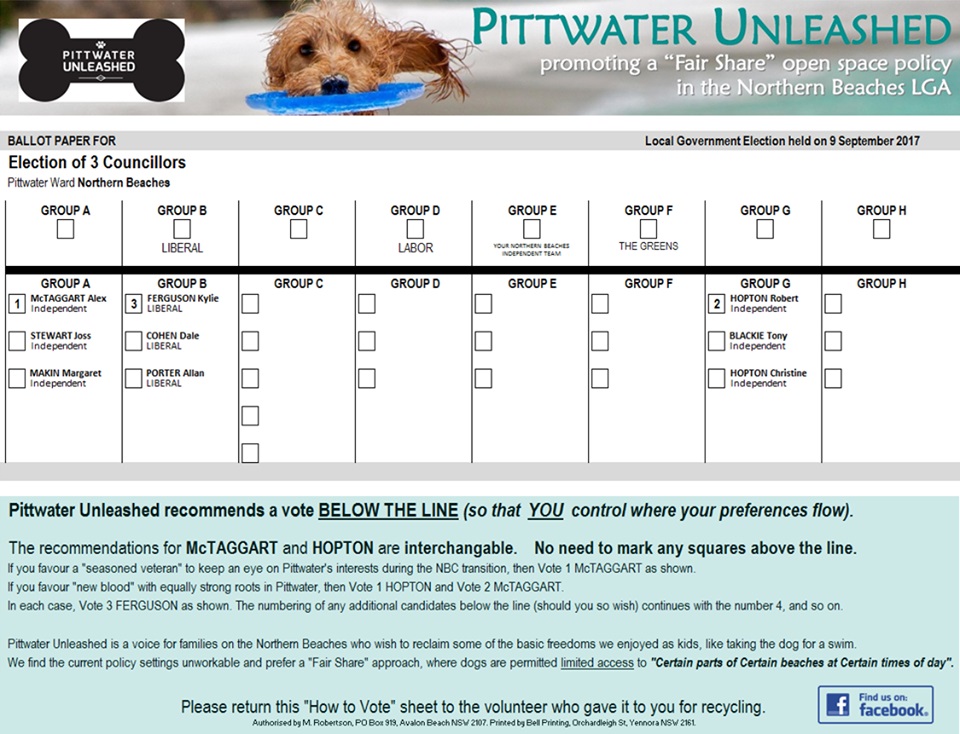 The same councillor preferenced, who voted against Pittwater Council seeking to defend its right to exist via legal action, action that proved successful for those who did so and remain intact, secured a seat as a representative for Pittwater in the forcibly amalgamated council and pushed for what was promised to the 'how to vote card' volunteers.

In the most recent State of the Beaches report Station Beach/Barrenjoey Beach, showed the highest range of faeces present of all estuary beaches. If it is not dog leavings, per the definitions of such annual reports, then the faeces present must be that of birds, lots of birds, and not an area suitable for dogs to be running around off-leash in. 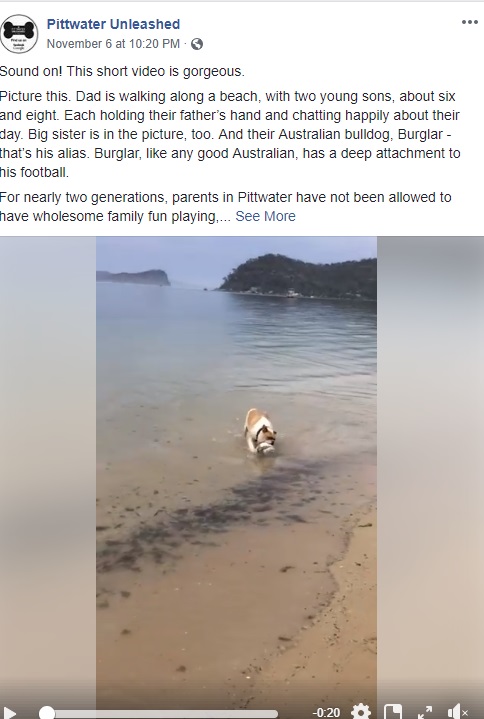 The proposed area is also known to be one frequented by families with very young children as it provides a safe area for toddlers to paddle. One postee on the Pittwater Unleashed page has pointed out;

‘Please keep training each other to pick up after your dogs. And if you're not in control of your dog don't take it to the beach and wreck it for everyone. Was there in May and 2 dogs let out ran up to little kids jumped up on them and scratched them all in a few seconds and right next to their mother. If you think first everyone will have more pleasure and freedom…’ – August 26, 2018

The area proposed is meant to terminate at the Boat Shed wharf. However, posts on the Pittwater Unleashed Facebook page make clear their intention to gain access to the Barrenjoey Headland National Park. 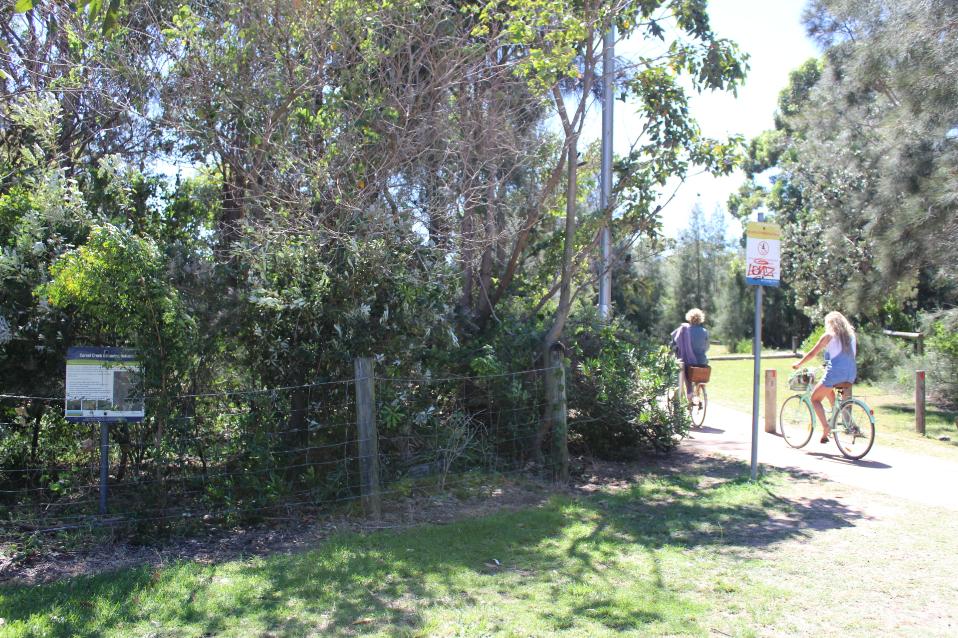 Although the proposed lease is called 'road reserve adjoining 2B Tasman Road, Avalon Beach' most people recognise it as green open space - as shown in the location photograph above.

Under section 153 of the Roads Act 1993, 'A roads authority may lease land comprising a public road (other than a Crown road) to the owner or lessee of land adjoining the public road if, in its opinion, the road is not being used by the public.'

The red section shows the area proposed to be fenced off: 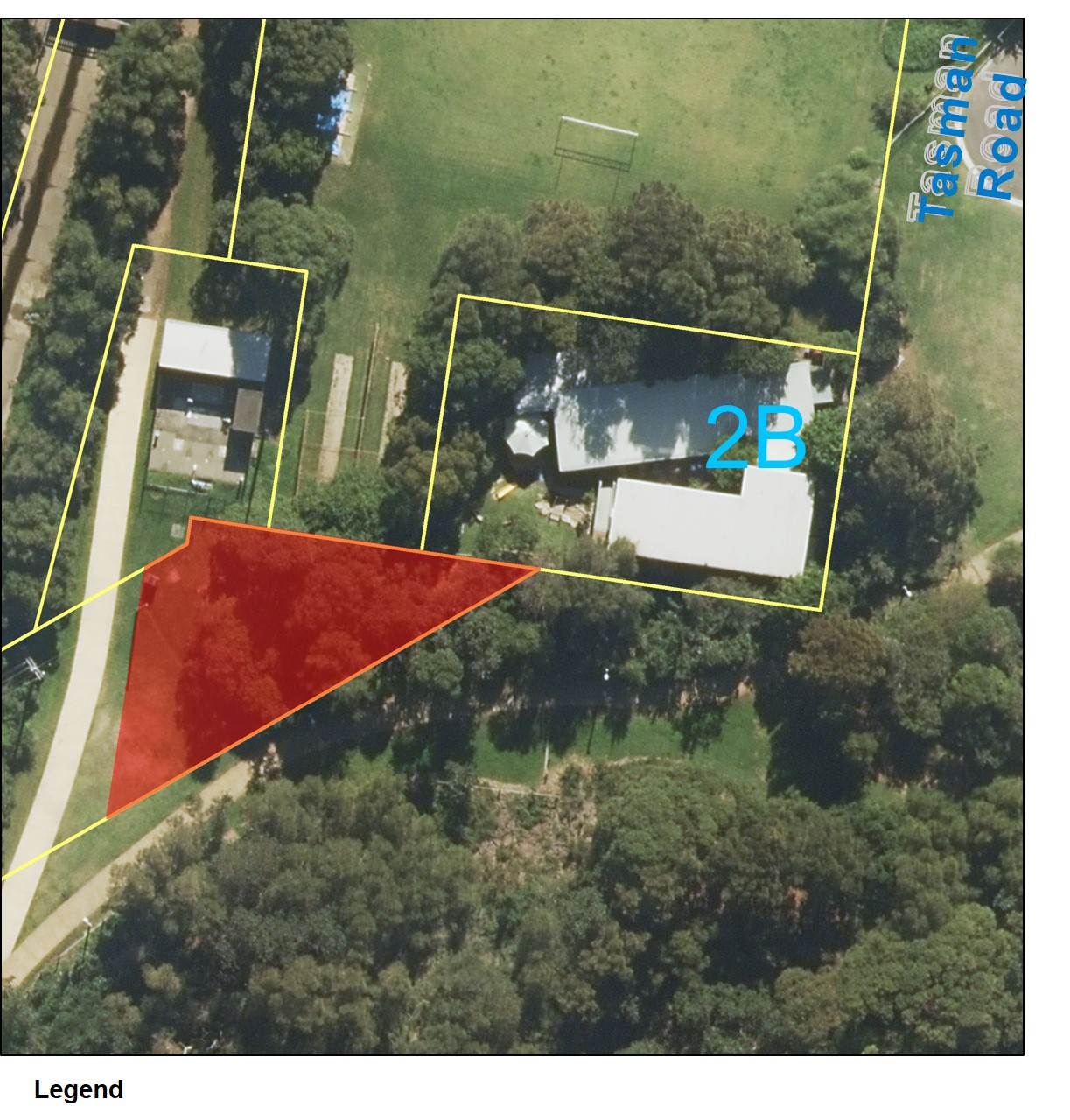 The above, the 'lease plan', along with a surveyors drawing commissioned by the school, 'the site plan', along with 'Council hereby gives Public Notice of its intention to consider a lease for a term of five (5) years for the land adjoining 2B Tasman Road, Avalon Beach known as Lot 2 Deposited Plan 793596.' are available on the same webpage where you may Have your say - Online and In writing to the CEO, Northern Beaches Council, PO Box 82, Manly NSW 1665, marked "Proposed lease 2B Tasman Road, Avalon Beach". 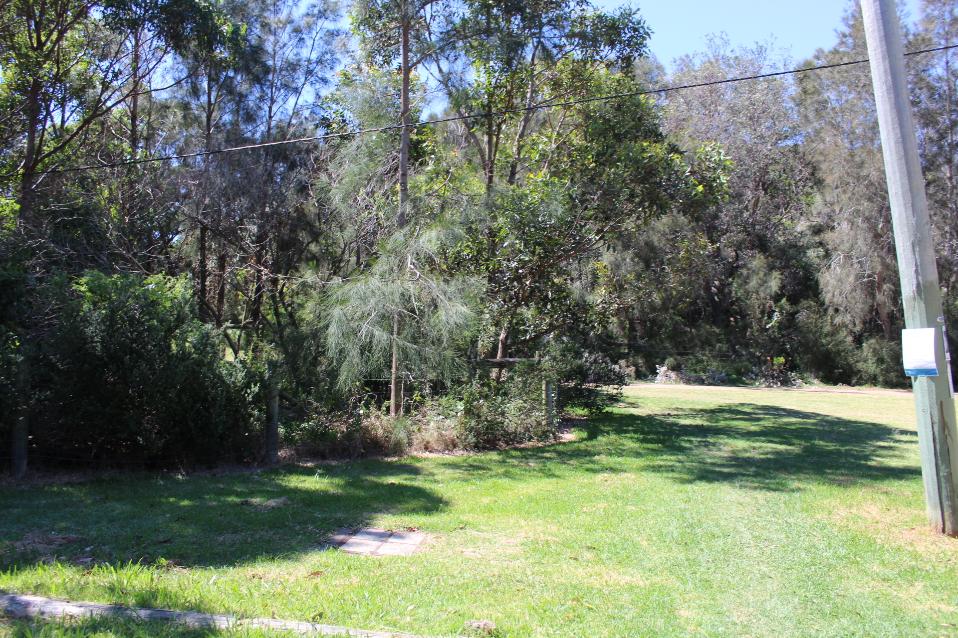 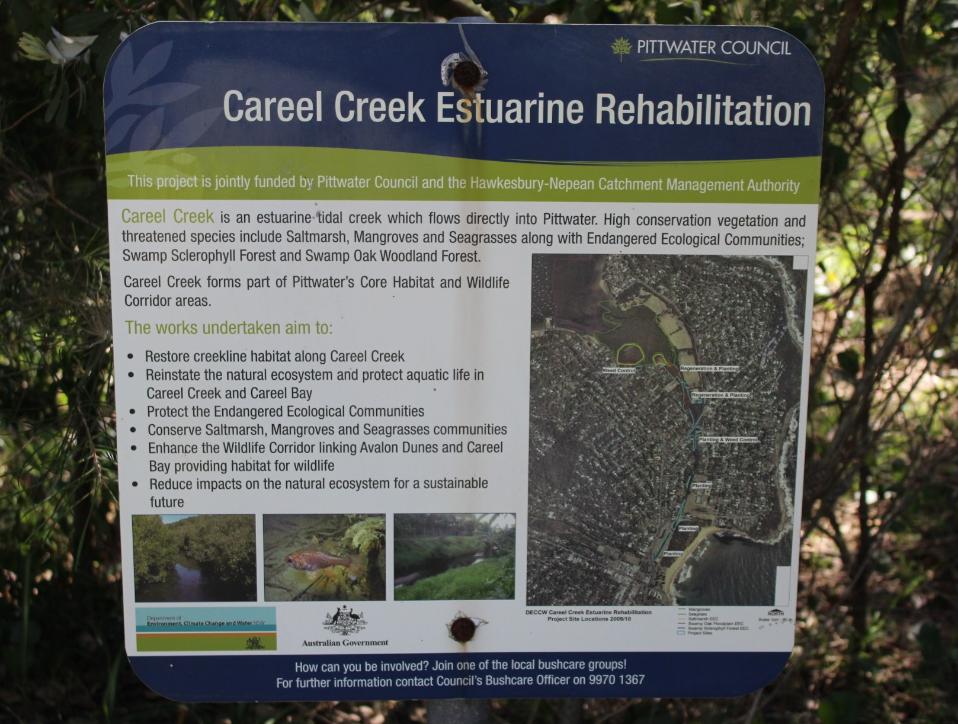 A large crowd turned out to the opening night of end of year 'Brave' Exhibition in the Be Brave Artspace, Gallery and Studio at North Avalon-Careel Bay Friday night, November 23rd.

Celebrating and showcasing the works of 14 Artists, the works range from jewellery, to ceramics, landscapes, portraiture and mixed media - there are even some beautiful mosaic stools.

'At the end of each year I will be curating a group exhibition called “Brave”. ' explains Be Brave's owner, an Artists herself, Tina Berkeley explains.

'I decided to leave the theme loose, focusing more on each artists signature works. I want the exhibition to demonstrate courage, creativity and commitment and for the first time I have decided to join the exhibiting artists in this Group Exhibition.'

The Be Brave Artspace opened on December 1st 2017. Since then the floor level airy and light filled space has hosted a range of brilliant Artists. 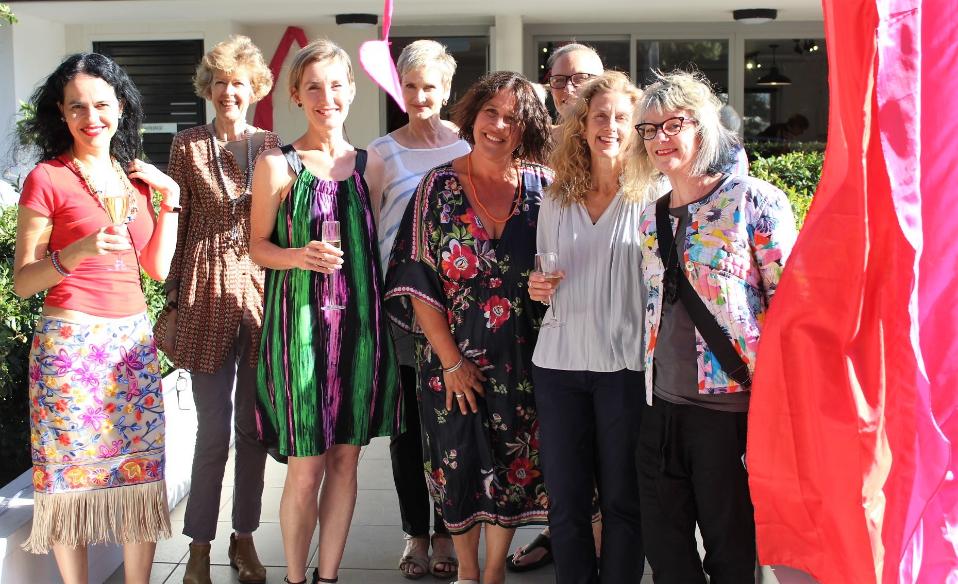 Some of the Brave 2018 Artists outside the gallery at this years' Opening Night.

A 'cracking weekend' was had by all sailing in this year's PBSC Beware the Bullets Regatta, great conditions, great people, great support crew and great courses on a brilliant Pittwater. Even those who couldn't sail due to a dodgy knee, for example, had a great time catching up with everyone. Newcomers also commented on the friendliness of the club and its members and the superlative way the regatta is run.

This was the 53rd consecutive running of the annual regatta. In the 1970’s and 1980’s the Beware The Bullets regatta was conducted from Governor Phillip Park where over 200 off-the-beach catamarans would attend. 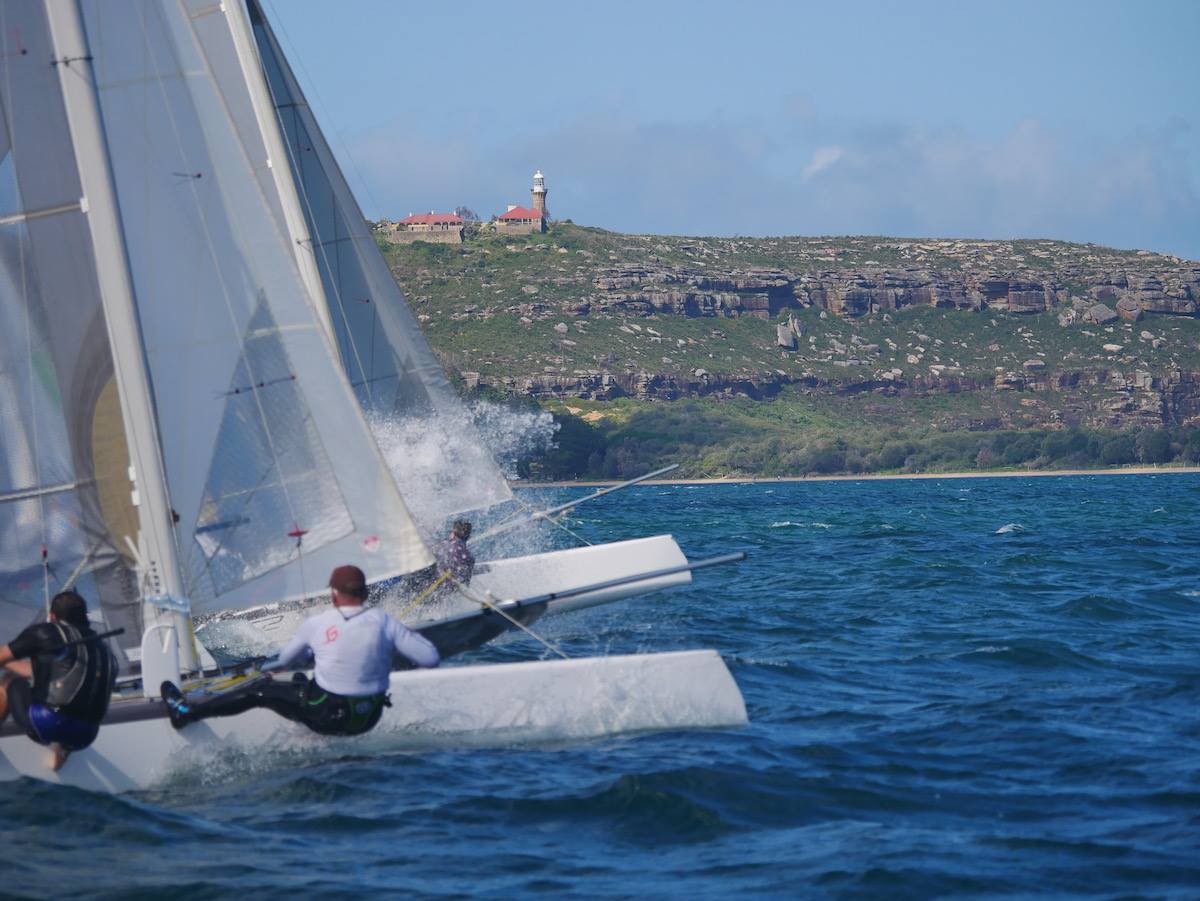 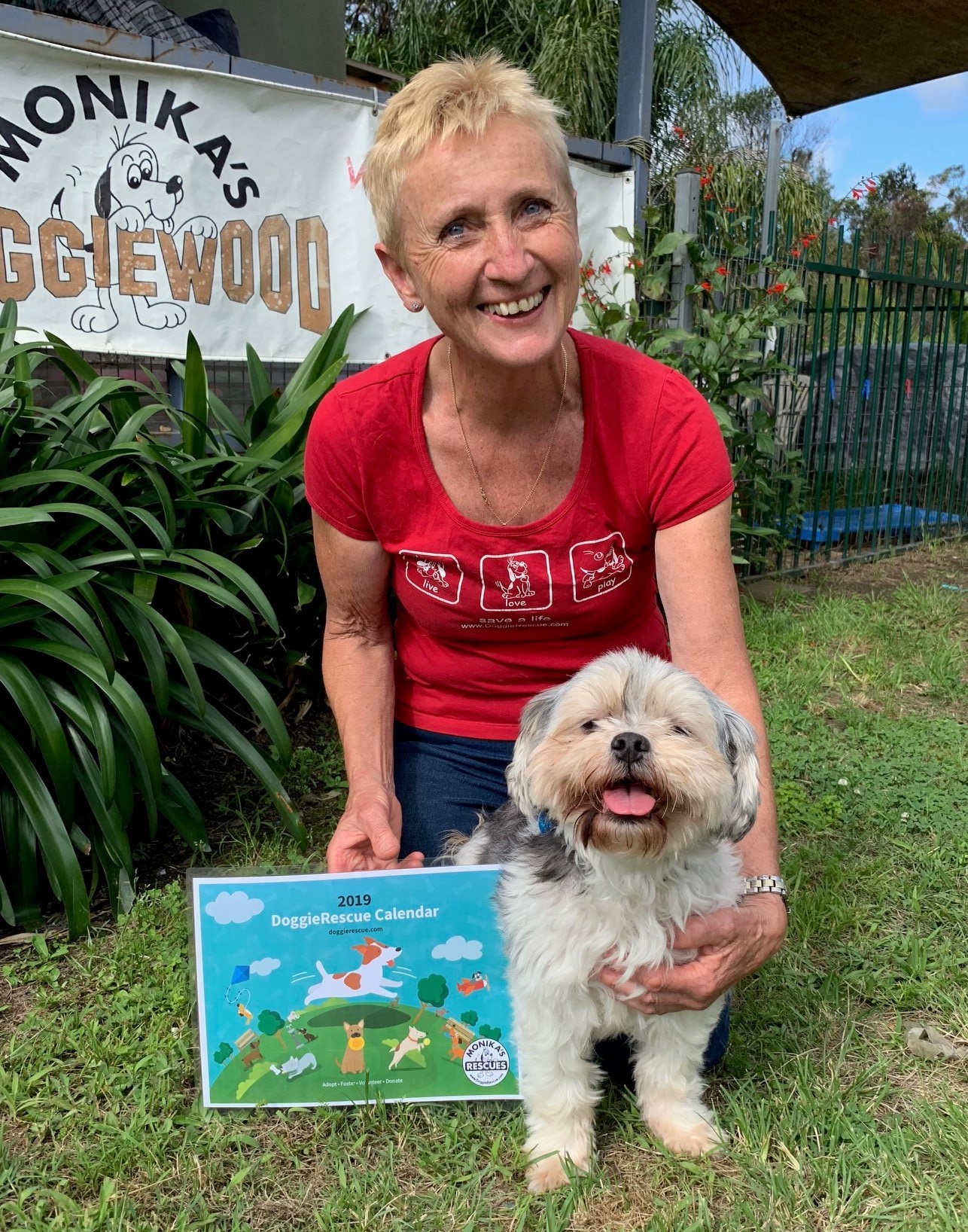 The last week of Spring each year brings the annual HARKEN International Youth Match Racing Championships, hosted by The Royal Prince Alfred Yacht Club, to Pittwater. The 2018, which is the 26th consecutive HARKEN, is seeing 12 crews compete for the Rockin' Robin Perpetual Trophy on the RPAYC's Elliot 7 performance keelboats with a team of four or five, all of who must be under 23 years of age.

The RPAYC has two great crews in this year, Skippered by James Farquharson and Juliet Costanzo.

The plan for today is to get straight into the quarter finals with a full schedule of sailing to complete including Semi's & Finals. You can watch all the action LIVE today with an added bonus - two very special sailing commentators...

You want want to miss them!

Catch up on all the news and results HERE 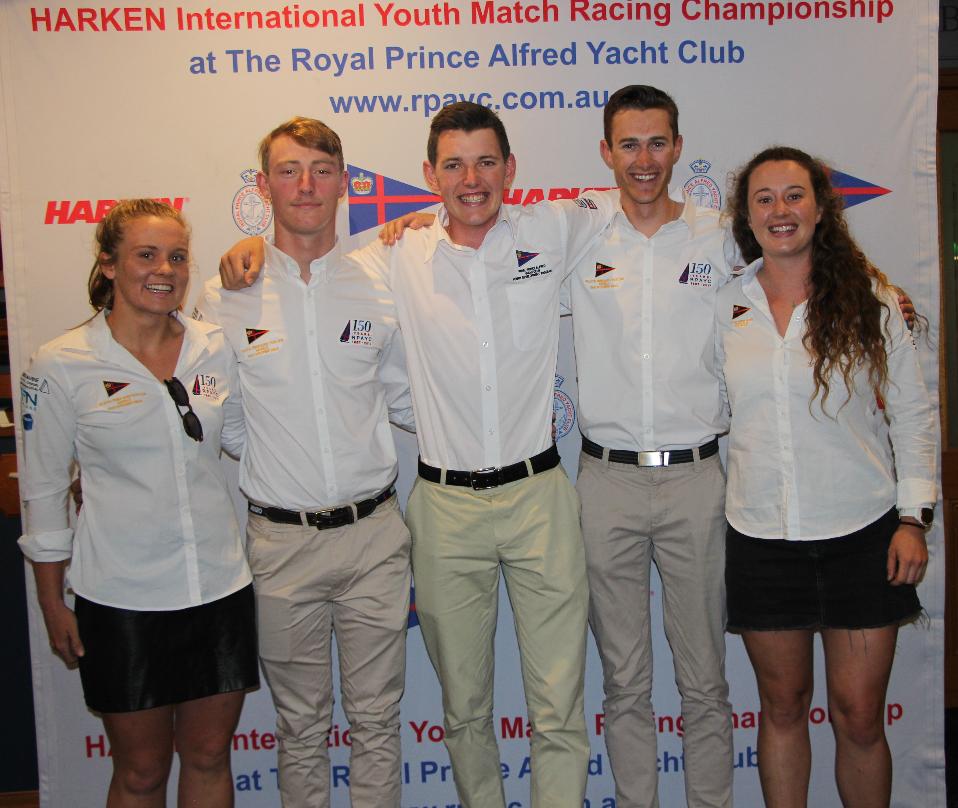 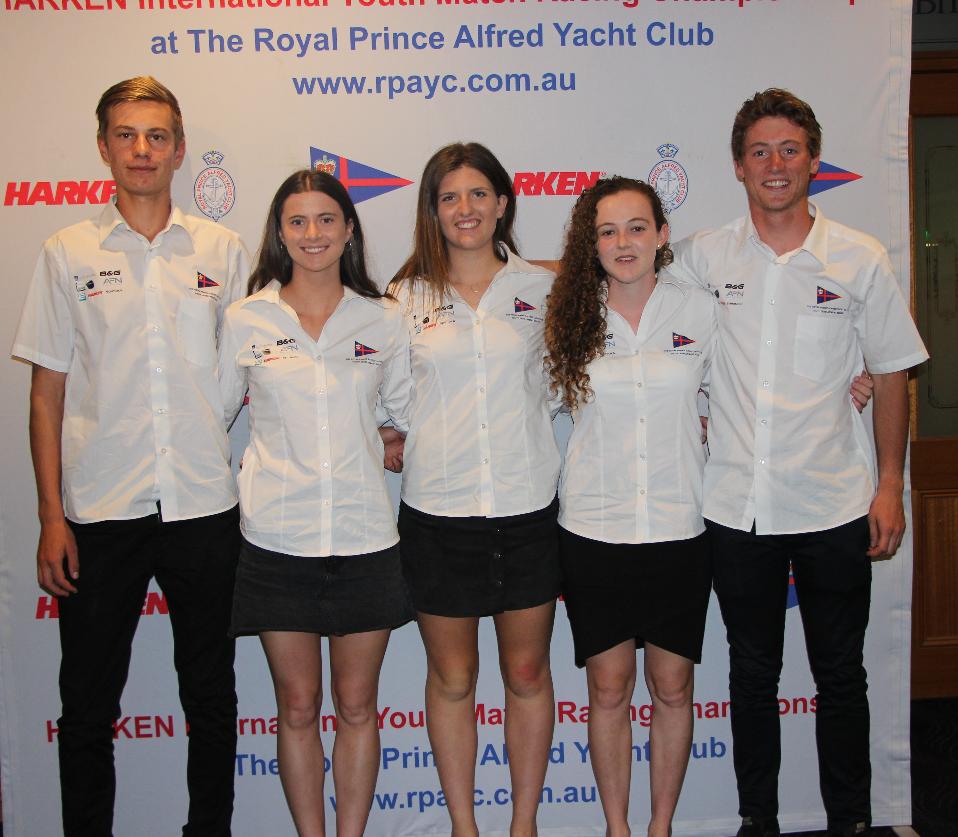