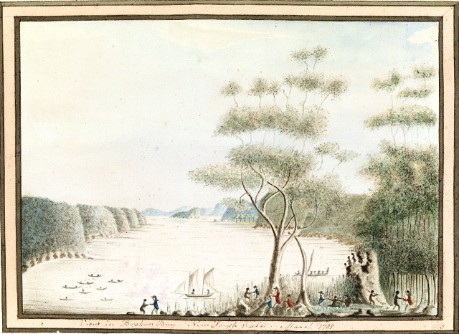 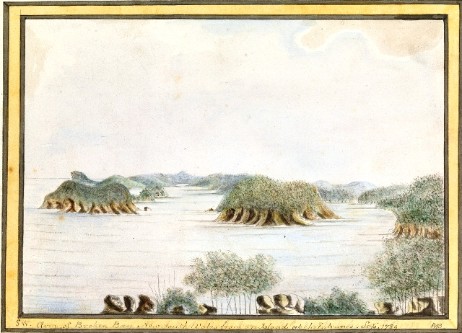 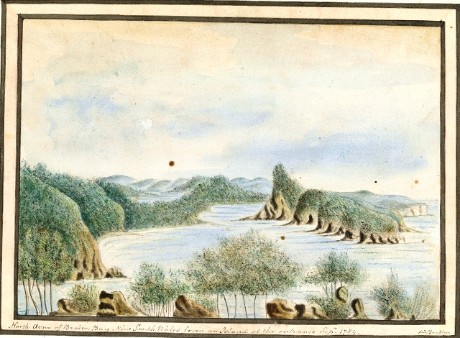 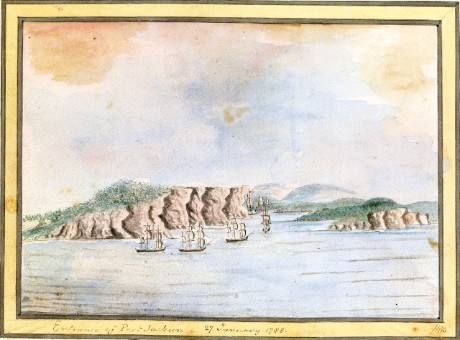 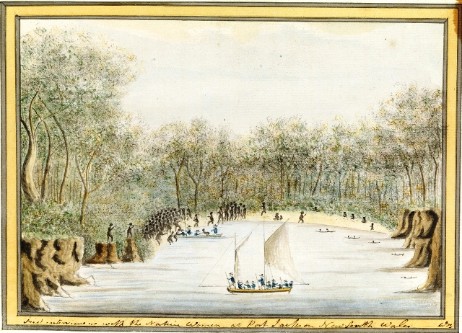 William Bradley (1757?-1833) was First Lieutenant on the ship, Sirius, captained by John Hunter. In his twenties, Bradley was great-nephew of the Astronomer Royal and son of a mathematics master and excelled in navigation. Contained in his journal are 22 meticulously drawn charts which record a series of early survey expeditions in the colony and voyages on the Sirius. He was also a water colour drawer and gives us insights into how our area looked prior to settlement and the construction of buildings. He returned to England in 1892.

Over the next three months he accompanied Arthur Phillip on exploratory trips, to Broken Bay, Manly Cove and the upper reaches of the Parramatta River. Of note in the below extracts from his journal during his trip to explore Broken Bay is that some of the crew were recovering from smallpox. Our own Pittwater Council's website notes that in 1788-1790 many of our local Custodians died of this disease, perhaps infected by those on this ship?
From: Between April 1789 and 1790 many died of diseases, to which they had no resistance; Pittwater Council website.: http://www.pittlink.net/ls/aborigines.html