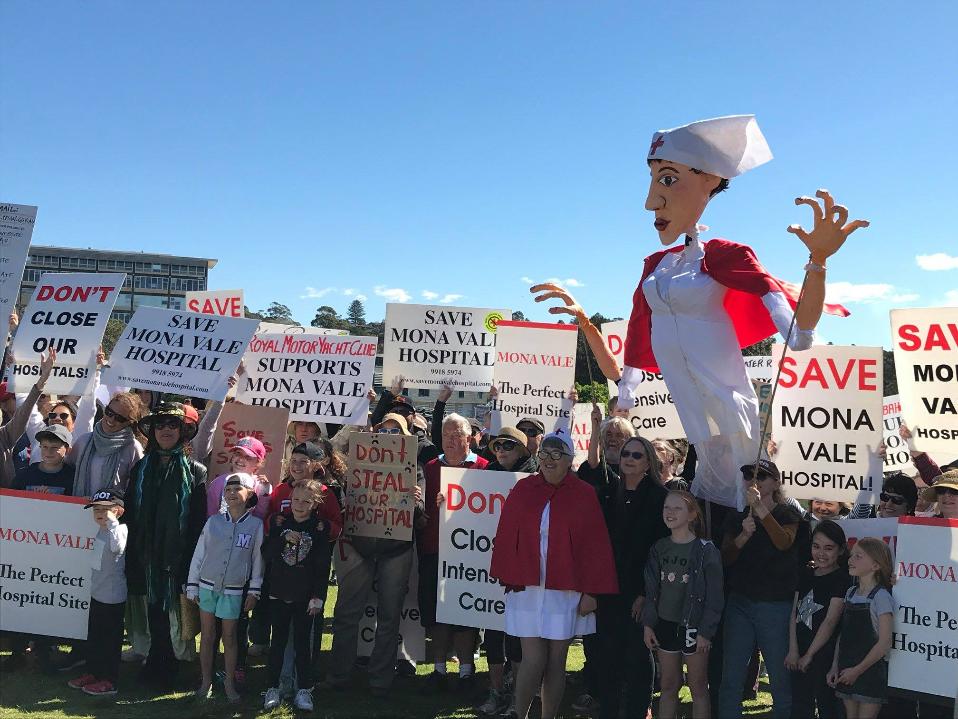 Karen Draddy at the MVH picnic 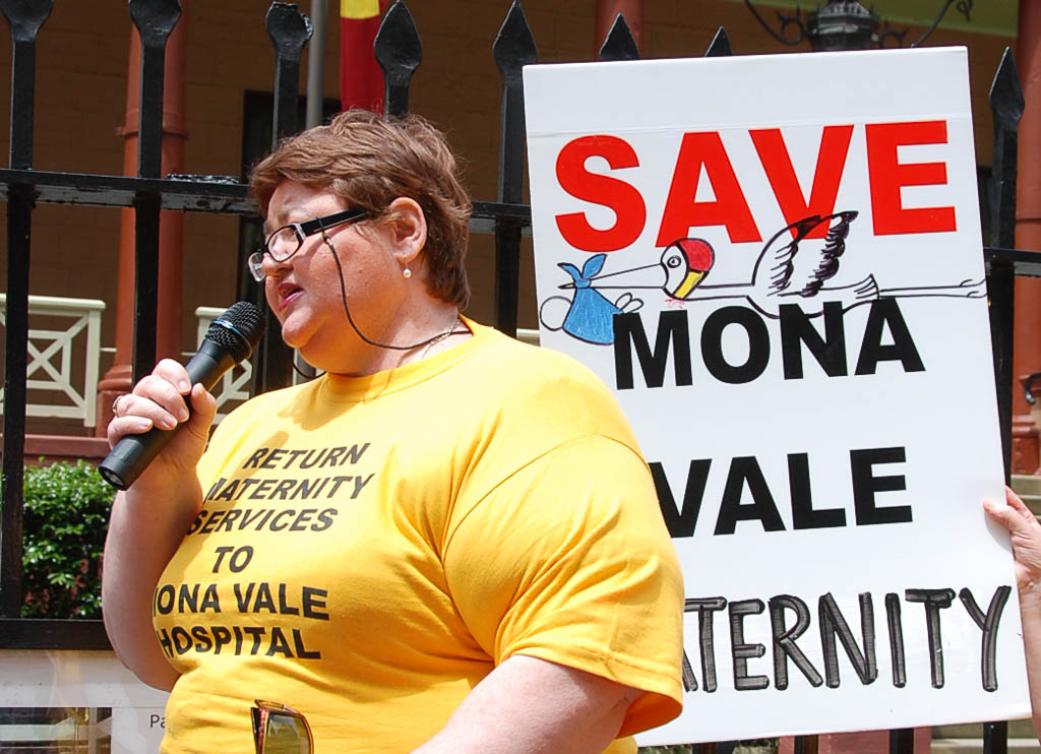 Karen being Karen at Macquarie street, photo by Michael Mannington.

Mr Brown recounted at the picnic how Mona Vale Hospital’s Emergency Department saved his life last October when he had a heart attack before transferring him to Royal North Shore Hospital.

The former Sea Eagles winger warned that youngsters playing sport locally would endure painful injuries for longer periods with the increased distance to the hospital at Frenchs Forest.

“Do you want this to be one of your family? A parent’s anguish at the serious injury of a child, a premature birth on Wakehurst Parkway?” Mr Brown said.

“There is obviously a long list of procedures that reduce pain and prevent death – there is a proven record of that right here at Mona Vale Hospital.

“What I can say Rob Stokes, is remember Wagga. It will happen here.”

The NSW government lost the seat of Wagga Wagga at a by-election on September 8 to independent candidate Joe McGirr, a doctor and academic.

A rally supporting retention of acute services at the hospital will take place on October 14 at Mona Village Green, followed by a march to the hospital. The rally starts at 11am.

'THE RIONS' at the SAVE MONA VALE HOSPITAL PICNIC, SEPT 2018