Jason Falinski and Dave Sharma, the members for Mackellar and Wentworth, as well as NSW Senator Andrew Bragg, have this week welcomed the support of the member for Warringah to end the Petroleum Exploration Licence 11 (PEP 11) for gas and oil offshore exploration off the Greater Sydney and Newcastle coast.

“This licence is destined for the trash can, it must be the most unloved in history. For the last five years, members of both the Liberal and Labor parties have, with their communities, campaigned hard against the renewal of this licence; so it is positive news to have a member of the cross bench come out against it too.

“In October 2020, a Motion moved in the House of Representatives calling for PEP 11 not to be renewed received bipartisan support from Liberals Trent Zimmerman and Dave Sharma, plus Labor’s Emma McBride, Sharon Claydon and Pat Conroy.

“Two months later the Prime Minister, with Lucy Wicks, confirmed his opposition to PEP 11. “The NSW State Government is opposed to PEP 11.

The Deputy Premier John Barilaro, along with James Griffin and Rob Stokes, have all spoken out against it. And of course, communities up and down the coast have backed this campaign to end the licence. “It is difficult to find anyone who does support PEP 11. As the motion debated in parliament in October 2020 showed, there was no one who wanted to speak up in favour of PEP 11.” Mr. Falinski said this week.

PEP 11 impacts the coastline between Wollongong and Newcastle with the decision currently sitting with the Minister for Resources, Water and Northern Australia. Keith Pitt, who is well aware of our united opposition.

“It is a matter of when, not if, we are putting a stake through the heart of this unloved and unwanted licence that has hung like the sword of Damocles over the heads of our communities from Wollongong to Newcastle,” Jason Falinski and Dave Sharma said.

“For five long years all these people have worked hard to bring a ‘fin’ to the daytime Bold and the Beautiful drama of PEP 11.

“At the moment we are facing a grave global crisis that is keeping our children from school, people from work, families apart, while stopping businesses from doing business. We are focussed on getting our communities to the other side of this intact. The PEP 11 licence is not being renewed in a lockdown. The last thing our parliament needs, or our communities, is another waste of time bill diverting it from its work of resolving our present crisis. You cannot replicate five years work in five minutes,” Jason Falinski said.

Dave Sharma added, “my opposition to PEP 11 is well-known and longstanding. It is welcome that the member for Warringah is on board, but the legislative timeframe is far too slow to address this issue with a bill, a bill which none of us have seen, and which would need to go through the normal processes of parliamentary scrutiny and committee oversight.”

The Members for Mackellar and Wentworth reiterate their calls from June this year for Minister Keith Pitt to end the uncertainty and formally decide that PEP 11 will not be renewed.

Federal legislation to cancel a controversial permit for offshore gas and oil drilling off the Newcastle to Sydney coastline has been launched by Independent for Warringah, Zali Steggall OAM MP.

Ms Steggall said residents are extremely concerned the drilling could cause catastrophic damage to the pristine coastline. The Bill, Offshore Petroleum and Greenhouse Gas Storage (Stopping PEP11) Bill 2021, is now available online before being tabled in October.

“The coastline around PEP 11 is home to millions of Australians, whose lifestyle and livelihood relies on a healthy ocean,” Ms Steggall said.  “We need to stop the push for gas production off our coast. That’s why I am announcing that I’ll be introducing the Stopping PEP11 Bill.”

“Offshore oil and gas exploration and extraction through PEP11 would have dire consequences for NSW’s coastal businesses, communities, ecosystems and climate. Any leak from PEP11 would devastate our local economy already on its knees from COVID-19, destroying fishing, tourism, and hospitality industries.

''Gas is a damaging fossil fuel with high impact on global warming due to the methane emitted. The latest IPCC report has shown we must transition away from fossil fuels, not open new gas wells. Australia doesn’t need new gas wells, it could be a clean energy superpower with renewable energy and battery storage.” Ms Steggall said.

Ms Steggall is calling on those who have spoken out publicly against PEP11 to back it up with action.

Layne Beachley, a seven-times world champion surfer and Northern Beaches local, said the drilling plans would be disastrous for the local community and environment.

“I’m wholeheartedly in support of Zali’s Bill to end PEP11 and if there’s any politician out there who knows what’s right for future generations, for our environment and for our economy, then they should support it as well.”

The Petroleum Exploration Permit 11, known as PEP11, would allow oil and gas exploration within 4,575 square kilometres of ocean, just offshore from Manly Beach, up through the Central Coast to Newcastle. An application for a four-year extension to PEP11 is yet to be decided by the Water and Resources Minister, Liberal National MP Keith Pitt.

“The community is strongly opposed to turning NSW’s pristine coastline into an oil and gas field. This was clearly evident during our Stop PEP11 paddle out series which attracted thousands earlier this year. We expect a solid turnout at our #STOPPEP11 community town halls next week, which will further educate community members on the threat PEP11 poses and how they can stop it.”

“We welcome the Stopping PEP11 Bill. It will safeguard NSW’s coastal economies, our local communities, beaches and the ocean from the destructive impacts of oil and gas exploration,” Mr Cole says.

”Save Our Coast is delighted to have the continued support of Zali Steggall and team to end the environmental injustice that is Petroleum Exploration Permit 11, an abhorrent plan that risks devastating our coastal ecosystem, climate and way of life, ” said Save Our Coast founder and director Dr Natasha Deen.

“To risk catastrophic harm to the beautiful coast we are all deeply connected to and the entire east coast of Australia to drill for fossil fuels with complete disregard for climate, the delicate marine ecosystem, precious marine animals and communities’ wellbeing is simply unconscionable and we ask MPs to support the Bill to end this flawed and risky project and cancel PEP 11 once and for all. They call it PEP 11 - we call it home.”

Save Our Coast Northern Beaches Spokesperson Kristyn Glanville said: ''As the licence for PEP11 has now lapsed, our communities remain in limbo, not knowing whether this project will proceed, but knowing the developer has been tendering for contractors to carry out the project. Keith Pitt needs to heed the environmental concerns raised by this project, and finally cancel this licence.”

Community group Save Our Coast founded the Stop PEP 11 campaign in 2018, collected 87,000 signatures on petitions that were presented to parliament by Zali Steggall, had numerous events attended collectively by thousands and their Stop PEP 11 action has seen thousands of emails inundating MPs. Save Our Coast is humbled to have created a huge movement of diverse community members united in opposition to PEP 11

Veteran professional surfer and Central Coast local, Ace Buchan, has been an outspoken critic of PEP 11.

“Opening a new fossil fuel project in a climate crisis off Australia’s most populous and well-loved coastline is madness. I’m calling on the parliamentarians across all the major parties to back up their statements of opposition and officially cancel the PEP11 permit. We owe it to our children and our way of life to protect this iconic stretch of coastline,” he said.

Founder of Surfers for Climate and professional surfer, Belinda Baggs, also opposes PEP11. Baggs says, “having grown up in Newcastle, I know the coastline that runs next to PEP11 intimately. An oil spill along that coast would be catastrophic. This project cannot go ahead.”

Ms Baggs further says: “The last thing we need to be doing in the middle of a climate crisis is establish an offshore oil and gas field between Manly and Newcastle.”

“The thought of having our precious NSW coastline put at risk like this, when our communities and local economies are so heavily reliant on a healthy ocean, is simply heart-breaking."

“PEP11 is an attack on our entire Australian way of life. We have developed our sense of identity around our pristine coastline and love of the beach. To have this put at risk is simply devastating and we need our political representatives to stand up for us and vote in favour of this Bill.” Tom said

PEP11 is an oil and gas exploration permit for a 4,575 square kilometre zone located primarily in Commonwealth waters off the NSW coast between Manly and Newcastle. The permit is held by Advent Energy.

The Permit was first granted in 1999 and was set to expire in February 2021, but the company applied for a two-year suspension to work commitments and a two-year extension to its work permit. PEP11 remains in force, pending the decision on the applications.

Nevertheless, Federal Water and Resources Minister, Keith Pitt, has delayed making a decision on the extension applications, saying he is still considering it. NOPTA's NEATS listing for PE-11 has had its status as 'pending application' since it expired in February.

In June and July 2021, BPH Energy, an investee of Advent Energy, called for tenders for the provision of a range of drilling equipment, including subsea wellhead equipment, semi-submersible drilling rigs, and conductor and surface casing.

One of Advent’s owners recently claimed that the area could contain 1 trillion cubic feet of gas. The company has stated it is only searching for gas, but oil and gas are often found together, given gas originates by the same geological thermal cracking process. Furthermore, Avent Energy’s own Independent Expert Report from 2010 concluded that PEP11 “has well defined gas prospects and evidence of the potential for oil.”

More than 70,000 people have signed a change.org petition opposing PEP11. Thousands of people have also participated in local protests against the project, including at Surfrider’s Paddle Out to Stop PEP11 series earlier this year. 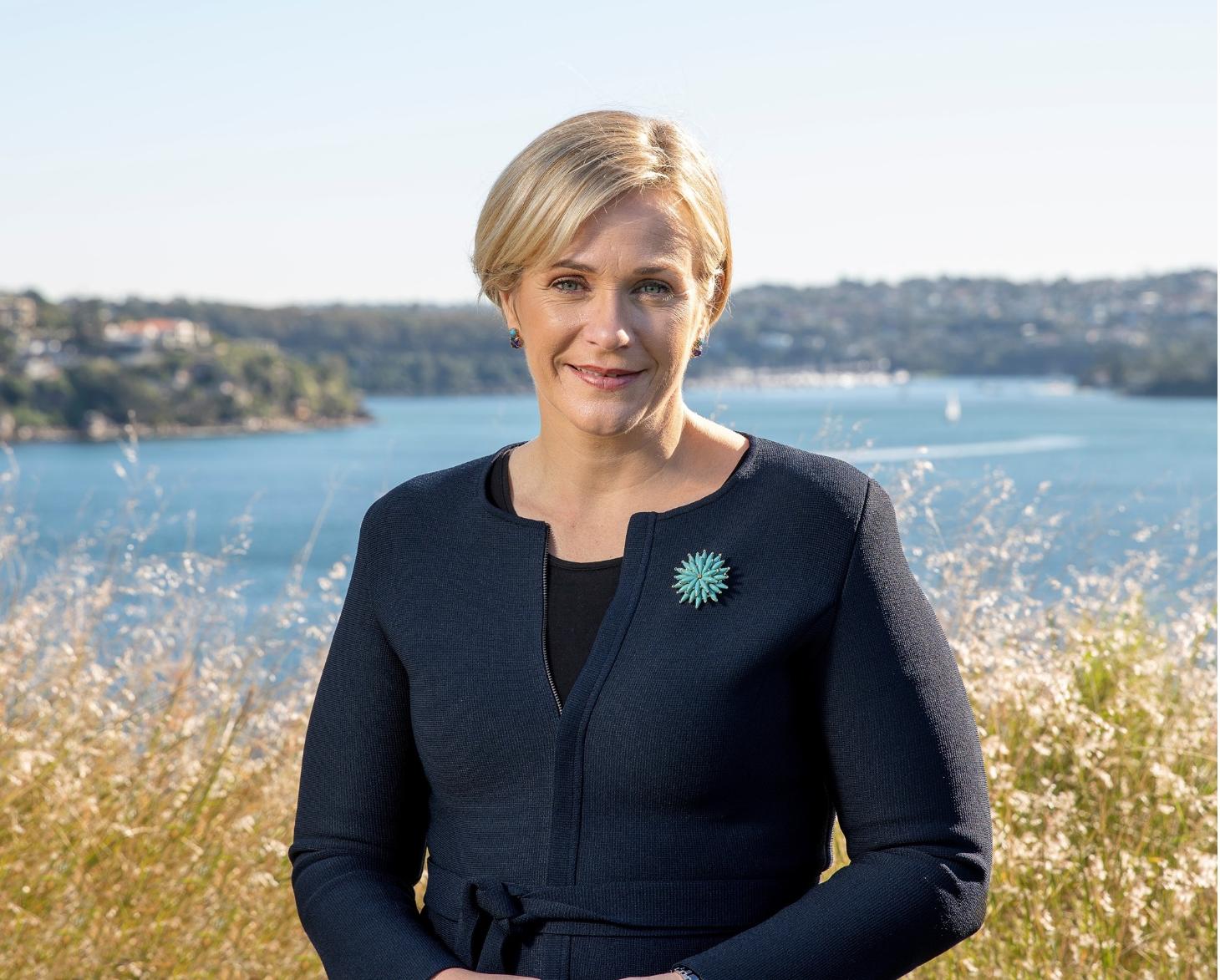