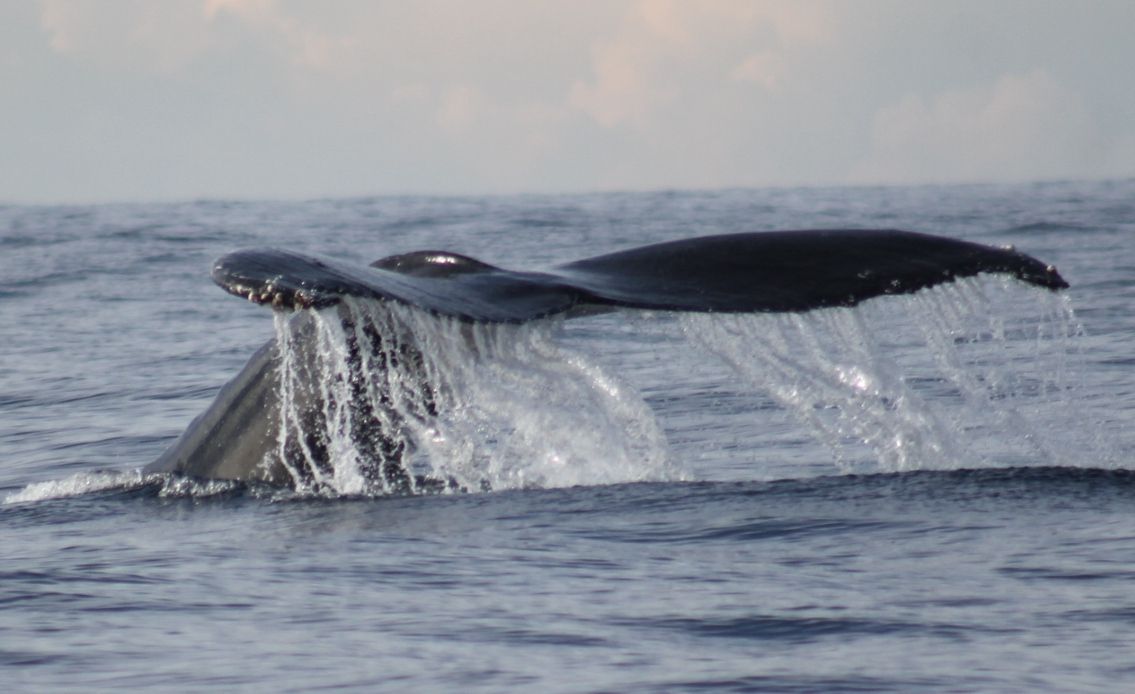 Bad news for local fishermen, fisheries, dolphins, seals, turtles and numerous other creatures at risk, such as Grey Nurse sharks, opens 2018 in the aquatic world. On Wednesday, January 10th, 2018, the National Offshore Petroleum Safety and Environmental Management Authority (NOPSEMA) announced it has accepted an environment plan from the firm that wants to conduct seismic testing off the coast of Newcastle and the Central Coast.
NOPSEMA states it is 'is reasonably satisfied that the environment plan meets the criteria set out in regulation 10A of the Environment Regulations.'
The decision paved the way for Asset Energy, a subsidiary of Advent Energy, to search for gas deposits about 30km off our coast. 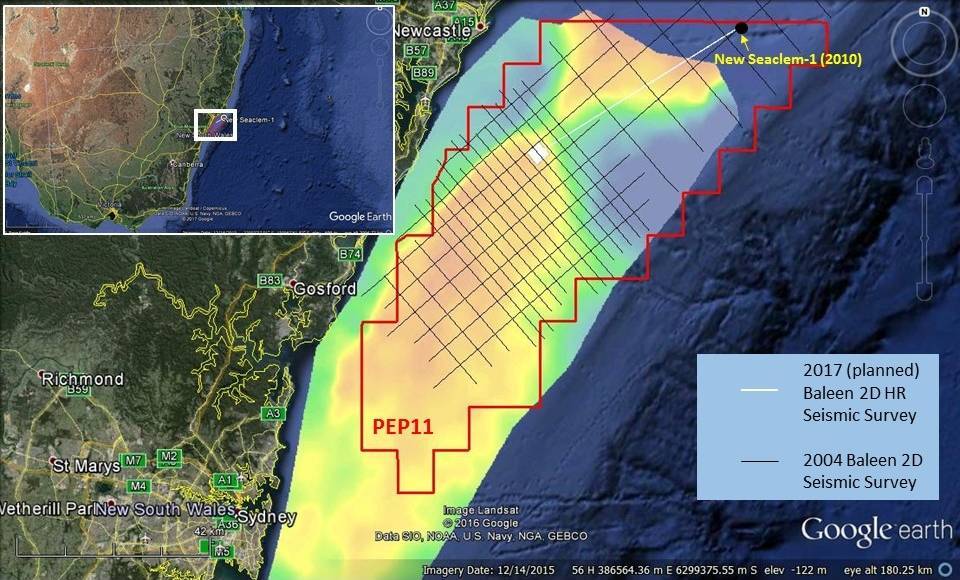 A satellite image of PEP11, off the coast of Newcastle, where seismic testing as part of gas exploration will now take place.
The plan to shoot acoustic pulses into the ocean floor has been criticised in recent months and years by the NSW Greens and the Professional Fishermen’s Association, who fear the project could have negative impacts on wildlife in the area.
Numerous scientific studies also point out that this kind of testing kills off fisheries, one published as recently as June 2017 by the world recognisedUniversity of Tasmania - Institute for Marine and Antarctic Studies finding;
'Marine seismic surveys used in petroleum exploration could cause a two to three-fold increase in mortality of adult and larval zooplankton, new research published in leading science journal Nature Ecology and Evolution has found.

Scientists from IMAS and the Centre for Marine Science and Technology (CMST) at Curtin University studied the impact of commercial seismic surveys on zooplankton populations by carrying out tests using seismic air guns in the ocean off Southern Tasmania.

The research found that the air gun signals, commonly used in marine petroleum exploration, had significant negative impact on the target species, causing an increase in mortality from 18 per cent to 40-60 per cent. [1.]

In 2014 a petition and bid to stop the testing by locals and by reports being forwarded to the company by then NSW Department of Primary Industries (DPI) Minister Katrina Hodgkinson, included a summary of research on the effects of seismic testing on fish.
“In its submission, the department requested that Advent Energy consider the issues raised and consult with fishing stakeholders, particularly in the commercial sector.”
When the last seismic testing was done a decade ago, fishermen described the ocean as ‘‘like a desert’’, with significantly reduced catches for up to two years.
The department’s submission said the seismic’s effects on fish, including decreased catches, could be significant and ‘‘persist for some time’’.
The company maintains its practices are environmentally safe.
Goh Hock, chairman of Asset Energy’s parent company MEC Resources, wrote in an update to the ASX dated January 8th, 2018, prior to the NOPSEMA announcement, that
“Furthermore, an international marketing agency has been engaged to undertake marketing of PEP11 to suitable major international oil and gas companies and investors to fund the future exploration drilling of PEP11,”
That drilling, including an exploration well slated to be installed between February 2019 and February 2020, is to be followed by a 500 km2 3D Seismic Survey.
January 8th was also when Goh Hock, MEC, announced;
"MEC Resources Ltd (ASX: MMR) (“the Company” or “MEC”) is pleased to advise that the National Offshore Petroleum Titles Administrator (“NOPTA”) has written to investee company Advent Energy Ltd to advise that NOPTA has approved an extension to the term of PEP11. The term of PEP11 now concludes in February 2021."
In its statement following the decision, the company said it would “now commence mobilisation of equipment and preparations” to conduct the seismic testing, but no start date has been confirmed.
“This is another fantastic step for Advent Energy and the exploration of the offshore Sydney Basin,” MEC Chairman said Goh Hock, chairman of parent company MEC Resources.
“These are excellent developments to commence 2018 on a very positive note and we look forward to further progress during the year.”
NSW Greens marine and fisheries spokesperson Justin Field said his party condemned the approval.
“NOPSEMA says it is ‘reasonably satisfied’ with the environmental risk contained in Asset Energy’s environmental plan for seismic testing but the community cannot have confidence the plan goes far enough or will be effective,” Mr Field said.
“The precious coastal waters off Newcastle and Sydney are no place for an oil and gas field, and even the exploration process is fraught with danger for migrating whales, local fisheries and the environment.
“The NSW Government should step in and revoke this licence. It’s not worth risking the health of the marine environment, our valuable fisheries resources and good local jobs for oil and gas exploration where the community will never accept a future gas field.”
The seismic testing is slated to be undertaken in the period of 15 March to 31 May 2018, thus verging on the commencement of whale migrations north. The duration of the survey is conservatively estimated to be between 3 to 4 days.
The most recent offshore drilling campaign was in 2010, following the submission of an Environmental Plan (EP) (Report Number M08324:2, Revision 6) by RPS on behalf of Asset Energy in November 2010.
This 2018 one will comprise 46 2D lines of total length 208km. The survey will be conducted in an area of 12.25 square kilometres (km^2) plus a single 2D tie line, to the surface location of the exploration well: New Seaclem 1, of 50km length.
NOPSEMA requires
'An environment plan summary must be provided to NOPSEMA within 10 days of this acceptance. regulation 11(4) requires that this document provide material from the accepted environment plan.
Once the summary document has been prepared to NOPSEMA satisfaction it will be published on NOPSEMA’s website. NOPSEMA aims to have all environment plan summary documents published within 20 days of acceptance. This timeframe may vary should the document require amendment by the titleholder.
The titleholder is required to notify NOPSEMA 10 days prior to the commencement of the activity. This notification will be published on NOPSEMA’s website.'
NOPSEMA page Baleen 2D HR Seismic Survey: Asset Energy Pty Ltd
1. Robert D. McCauley, Ryan D. Day, Kerrie M. Swadling, Quinn P. Fitzgibbon, Reg A. Watson, Jayson M. Semmens. Widely used marine seismic survey air gun operations negatively impact zooplankton. Nature Ecology & Evolution, 2017; 1 (7): 0195 DOI: 10.1038/s41559-017-0195
Visit: Seismic Testing Proposal Slated For During Whale Migration Season Off Our Coast