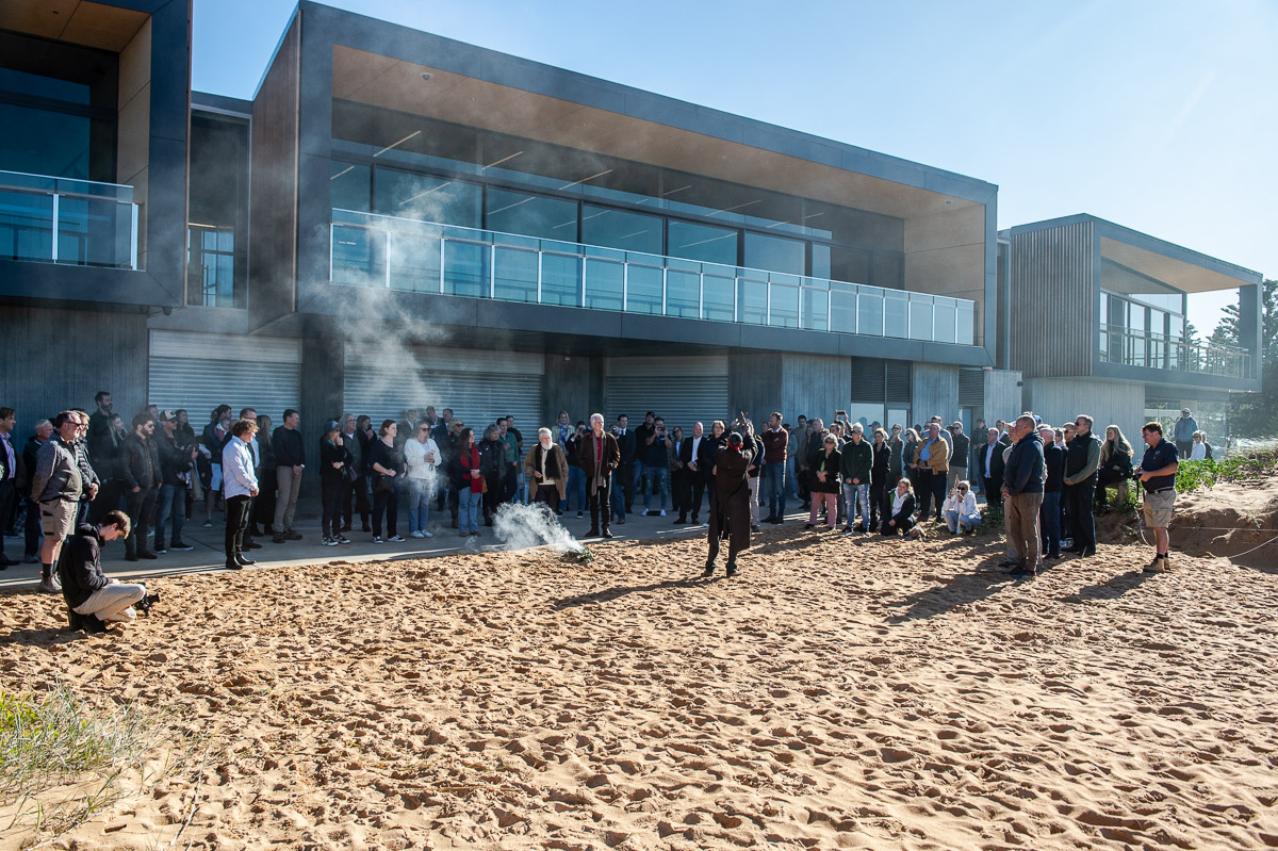 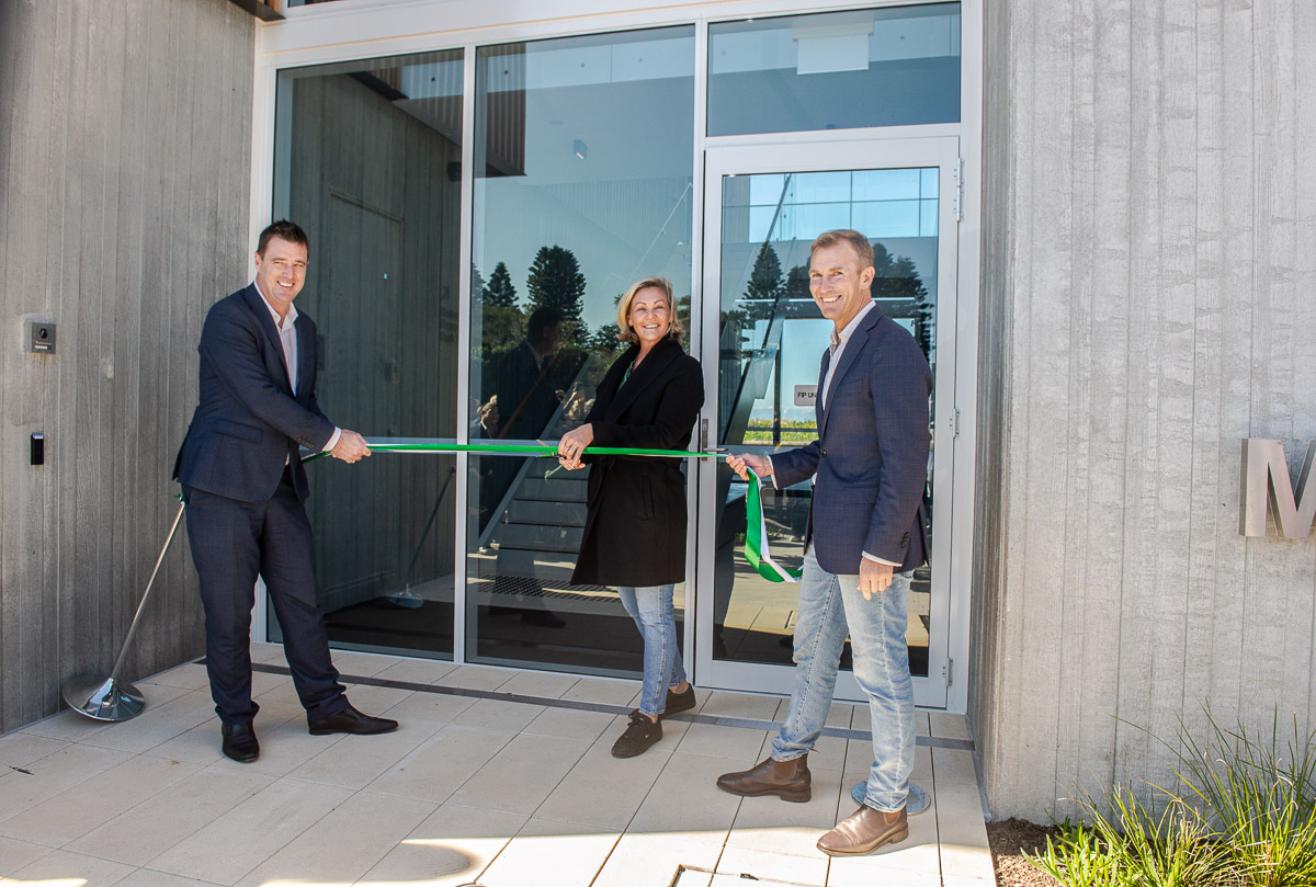 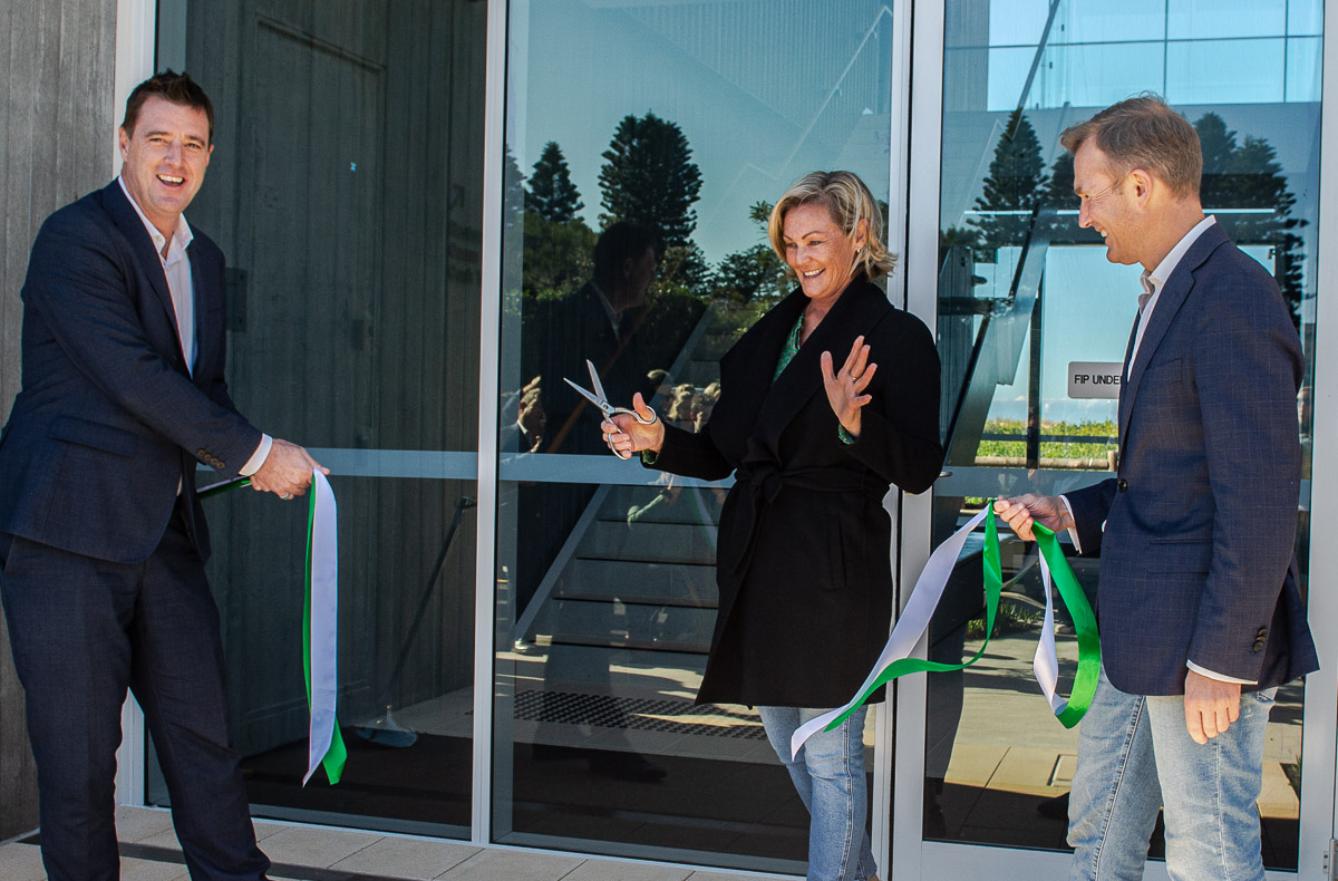 The impressive new building on Mona Vale's beachfront ticks all the boxes: sympathetic to the environment in its design, sustainable and accessible, providing a function space for the community, while meeting the operational needs of lifesavers.

“Lifesavers play such a vital role in keeping our community safe and it’s important that their facilities are top notch,” Mayor Regan said.

“This building meets all the practical requirements of surf life savers, but it is also flexible for a wide range of uses.

“This spectacular new building is an enduring legacy and something the whole community can be proud of.”

“The new club building is just amazing. The quality and the design is beautiful. So many locals have commented on how it fits into the surrounding landscape, and it looks fantastic from the water,” Ms Tocquer said.

“The surf club is a building not only to keep the community safe but also as a place to meet, enjoy and gather. I am sure the Mona Vale community is just as excited as I am.” 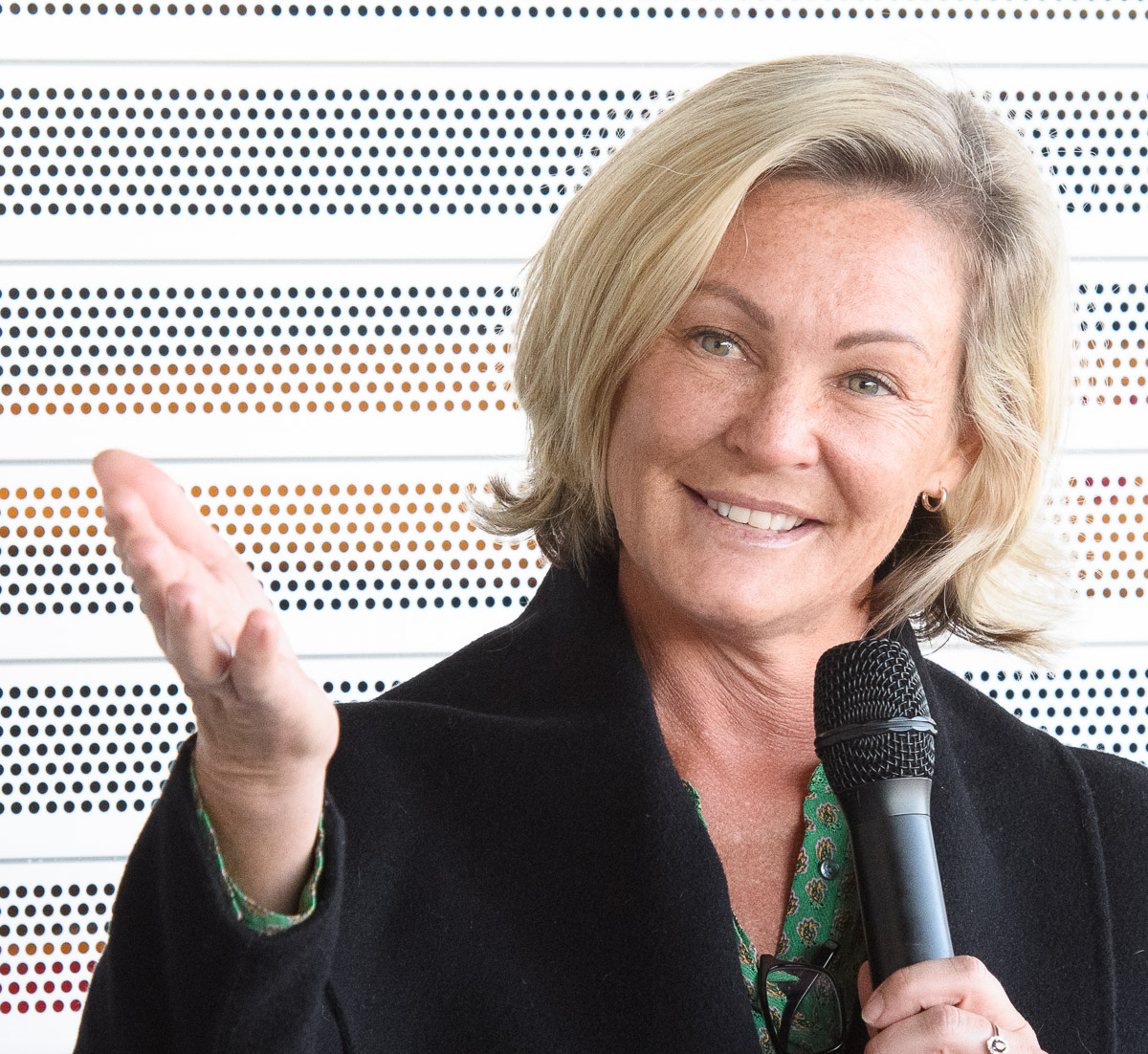 “Congratulations to everyone involved in this project, it looks fantastic and will provide volunteer lifesavers with fit for purpose facilities to support their vital role in protecting the public,” Mr Shales said.

“The new club will be a hub for the local community and hopefully attract more people to get involved in surf life saving in the future.”

The Hon. Rob Stokes said the new clubhouse is a vital upgrade to one of our most important community facilities.

“Mona Vale is one of Sydney’s most popular beaches during summer and its lifesavers perform an invaluable service.

“This project has been on the to-do-list for many years – so it’s great the NSW Government has partnered with Northern Beaches Council and the club to this vital project completed.” Mr Stokes said. 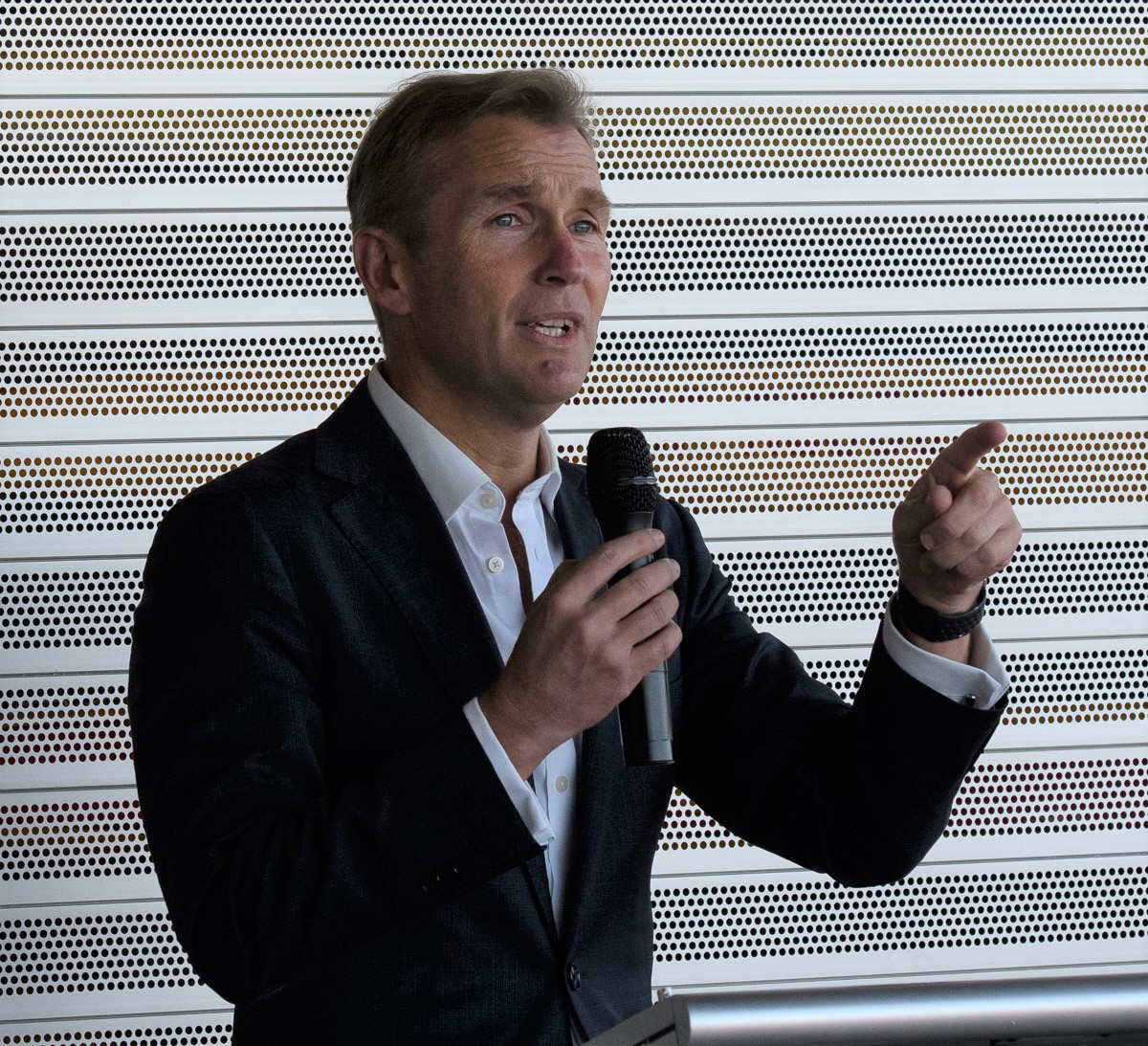 The Hon. Rob Stokes at the official opening of the MVSLSC new clubhouse

The $10 million project, which includes the new beach amenities block south of the main building, has facilities that are family-friendly and accessible. It caters not only for the surf club and its members, but also the local boardriders club, beachgoers and the whole community. 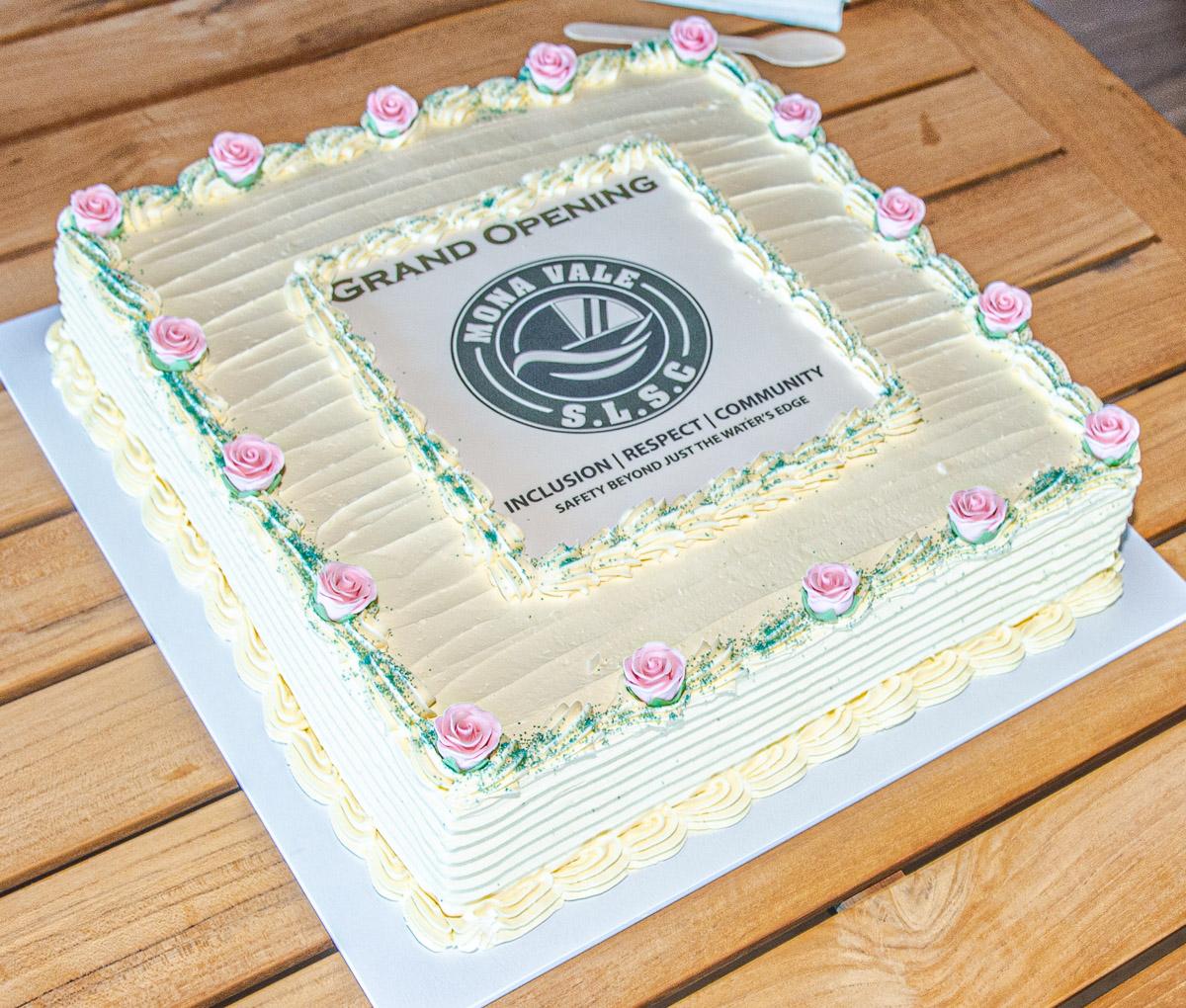 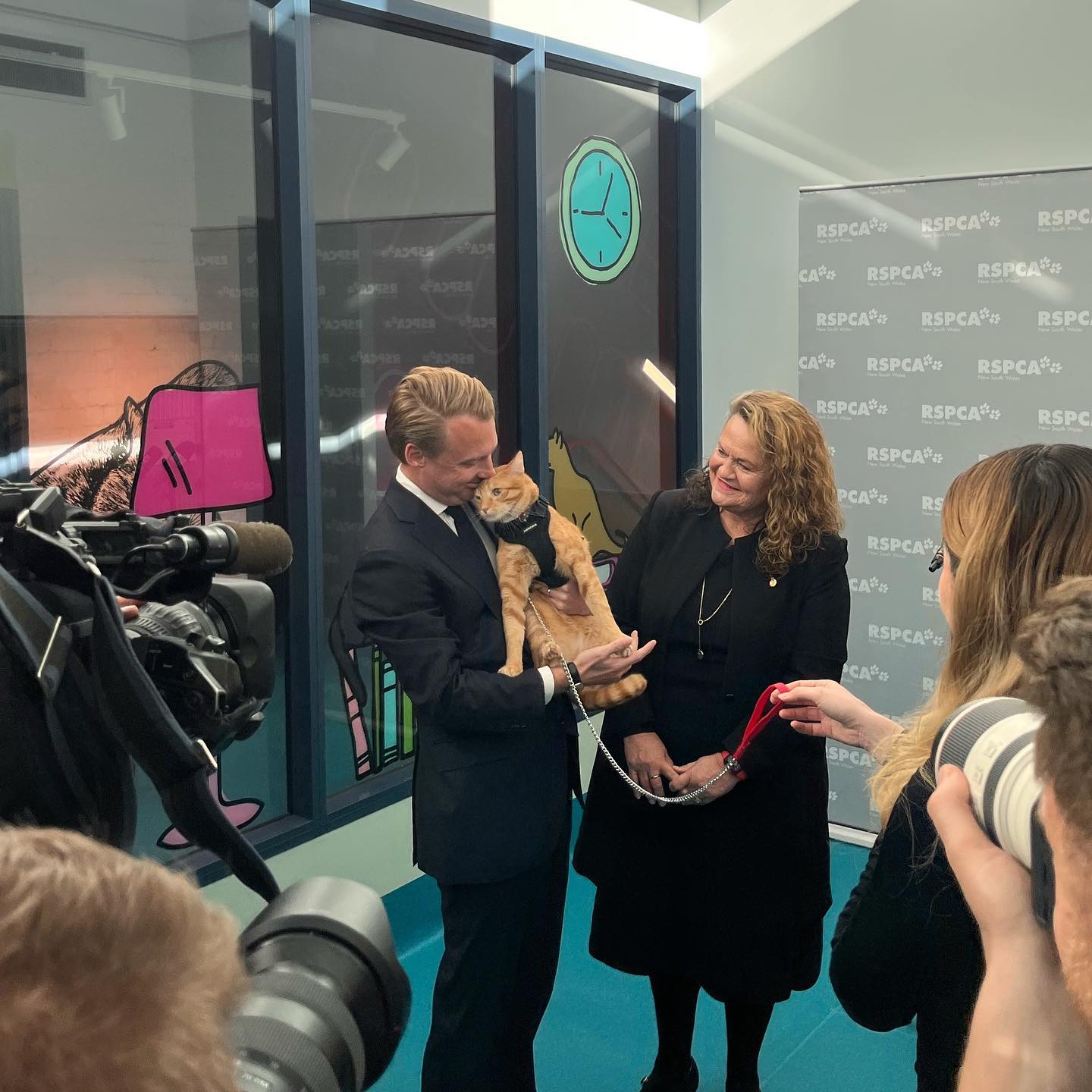 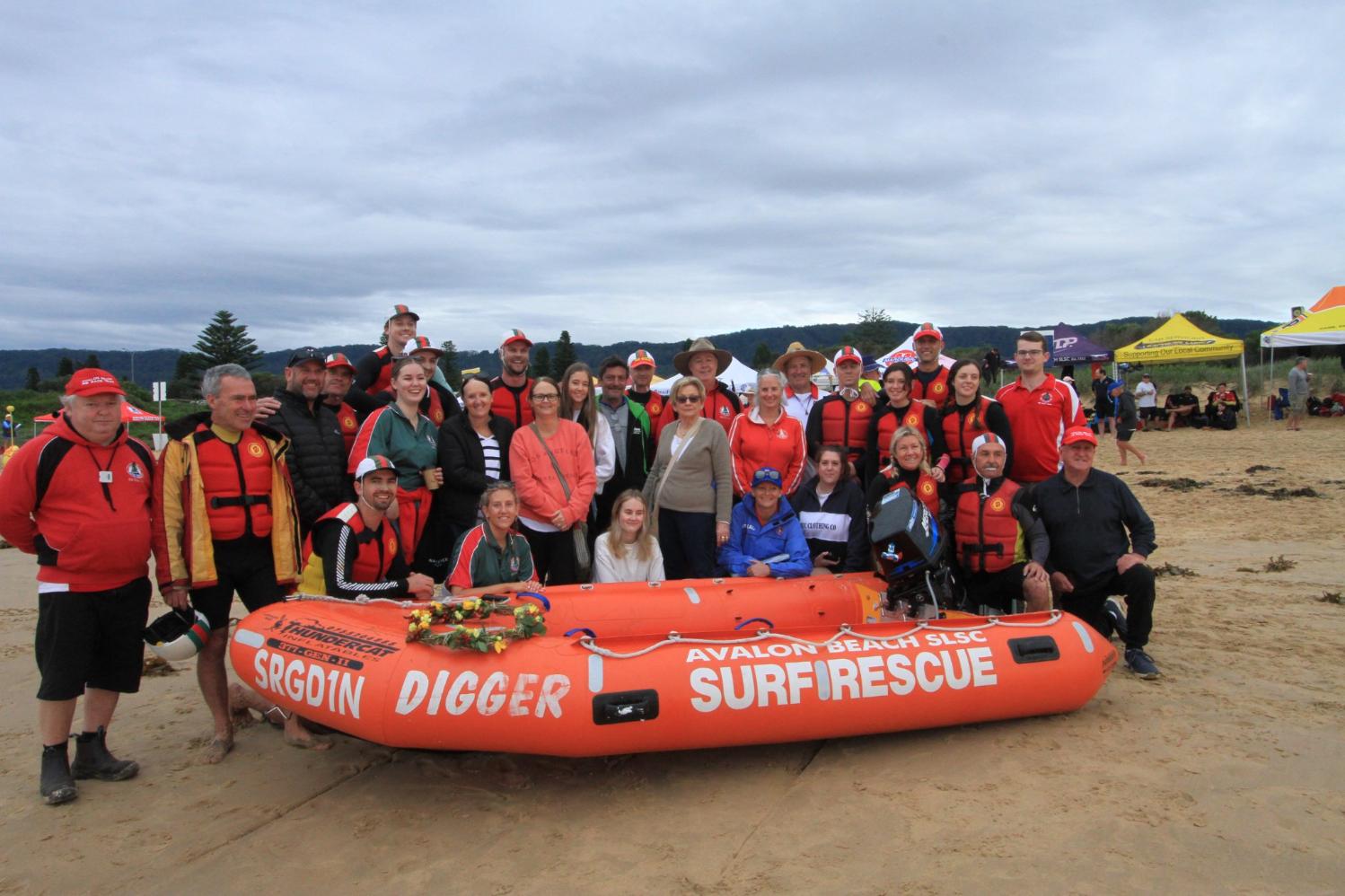 Kiama Downs SLSC has turned a string of strong showings on the water into enough points to reclaim first place from Caves Beach after Round 2 of the 2022 Sharkskin NSW IRB Premiership at Bulli.

As reported in our last Issue - Peter "Digger" Akehurst Tribute At IRB Competition On South Coasts' Sandon Beach - as part of this round members of the IRB community and Avalon Beach SLSC attendees have paid Tribute to Peter 'Digger' Akehurst.

Digger Akehurst was well known in IRB racing.  Before racing commenced, the Avalon Beach SLSC's IRB "Digger", named in his honour, did a drive by tribute, in front of all clubs' competitors lined up on the sand. This was followed by a minute's silence.

A Celebration of Diggers' Life was held at Palm Beach RSL on Tuesday May 31st, 2022. 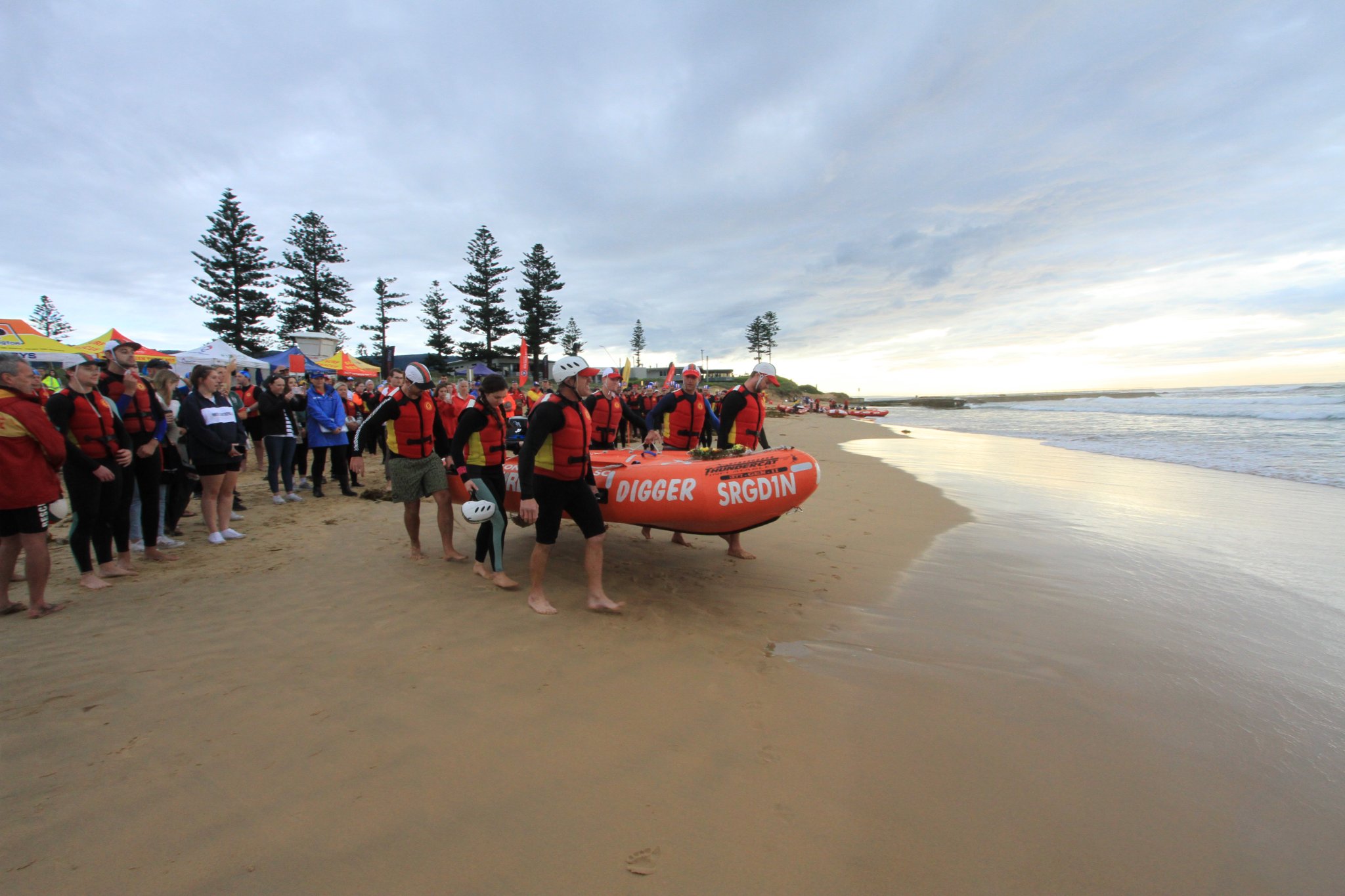 Coming into the second round of the series with a 15-point lead earned in tricky conditions at Terrigal a fortnight ago, Caves Beach finished the round seven points behind their heavyweight South Coast opponents – mustering 98 points against Kiama Downs’ 118 for overall points totals of 224 and 231 respectively.

Rounding out the top three this weekend was Terrigal, who built on the points they gained in their home race to claim third on the overall standings as well – overtaking Newport who, after finishing third in round one, fell outside the top four this weekend with a fast-finishing Thirroul taking fourth place.

Thirroul did not compete in the first round, so their impressive tally at Bulli is only enough for an eighth place overall.

Newport SLSC is also going strong in this series, currently in 4th spot, just 10 points behind Terrigal. During Round 1 they had 18 teams make it to semi-finals. In Round 2 their Gold team placed 1st in the U23 Mixed Rescue Tube, 4th in the Open Male Rescue Tube, 6th in the  Open Male Teams Rescue, 4th in the  Open Female Teams Rescue, a 3rd for Newport's Joy Ride team in the U23 Mixed Surf Rescue, and 3rd in the 45+ Yrs Mixed Teams Rescue.

Queenscliff also put in a strong bid for points, placing 1st in with their Old Mate team in the 35+ Yrs Mixed Surf Rescue and gaining more points for a 5th placing for their Coffees team in the Open Male Teams Rescue. 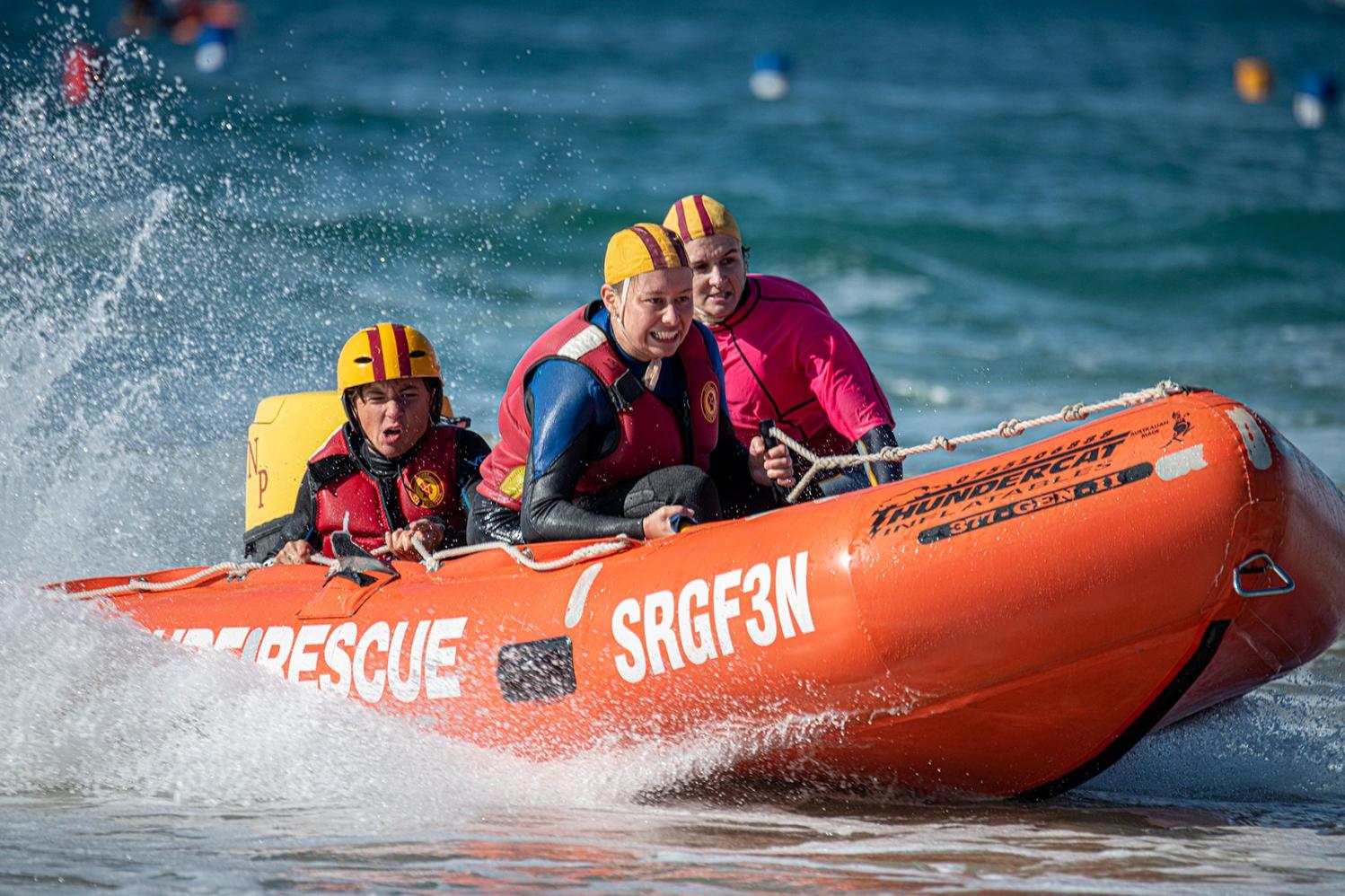 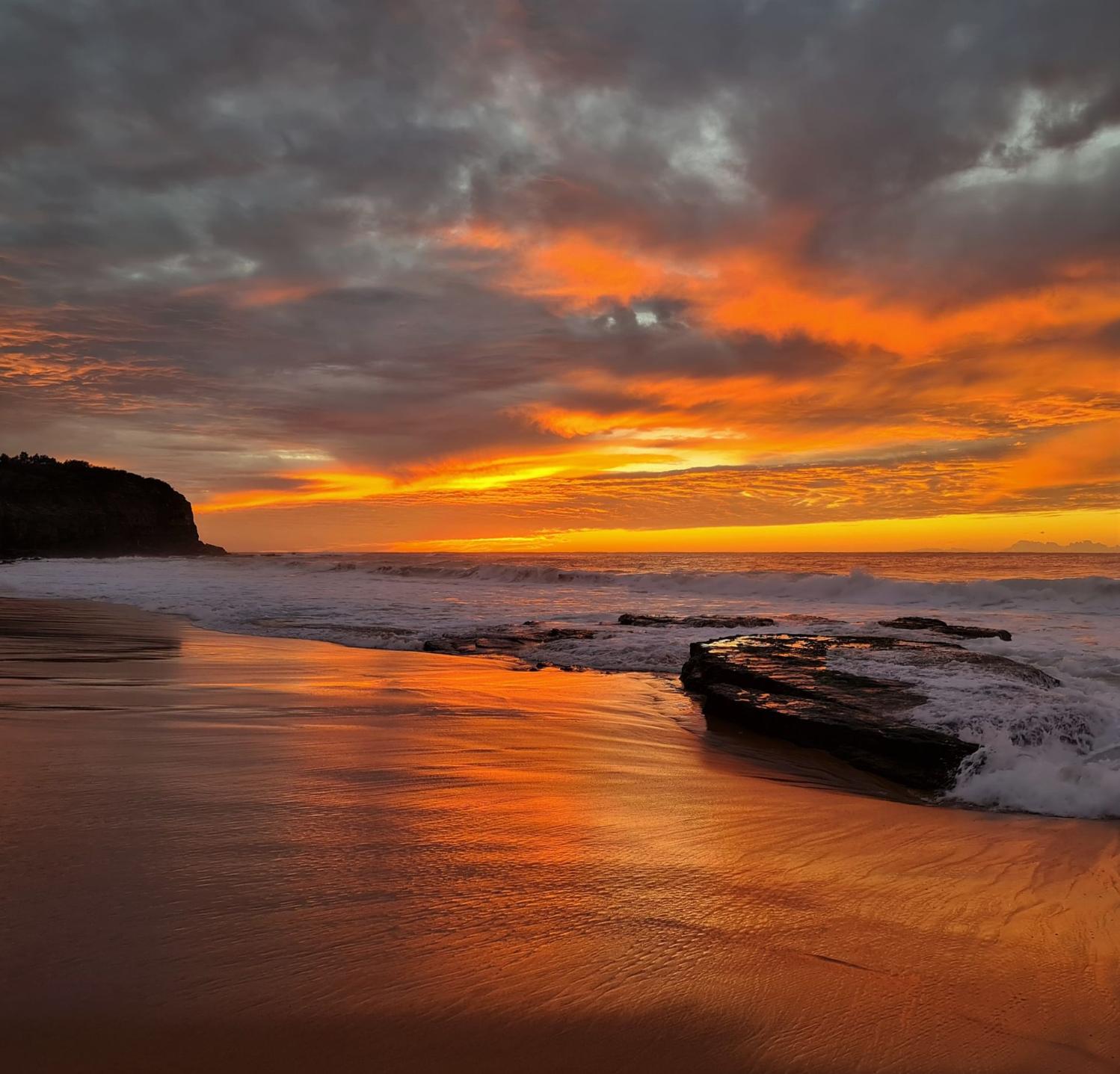 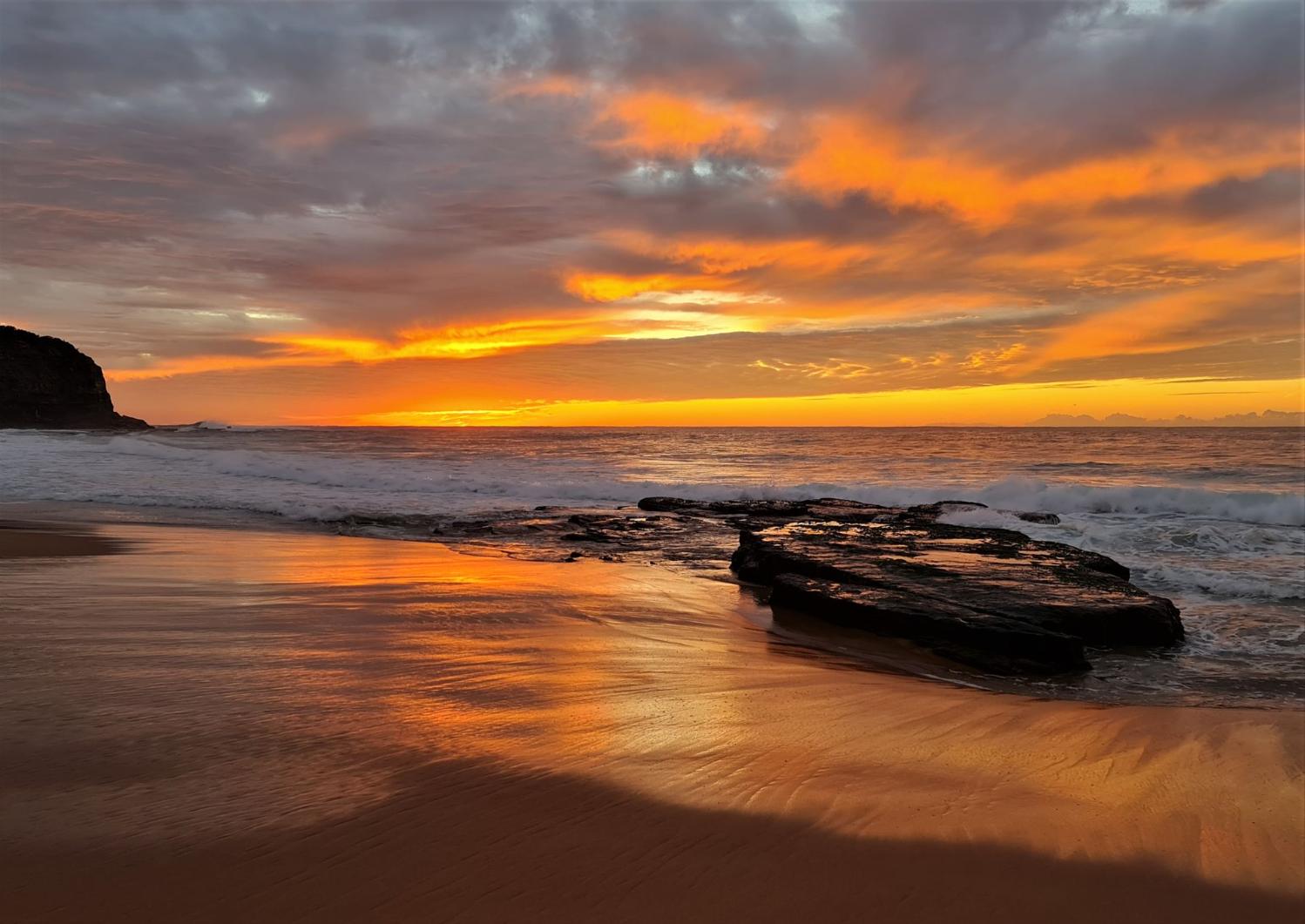