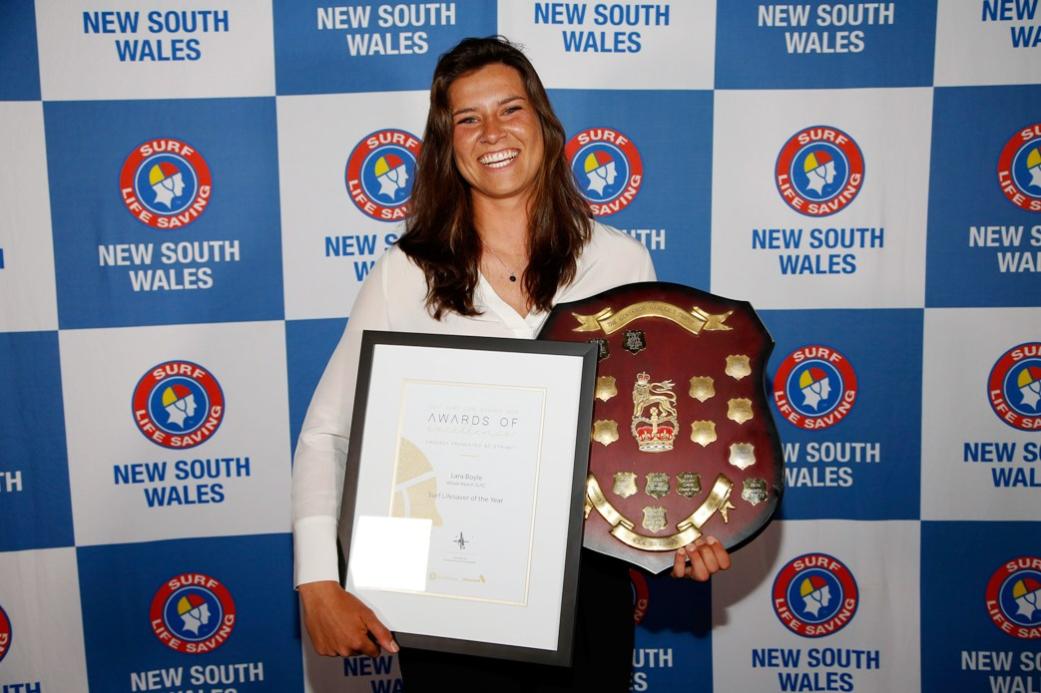 Lifesavers Scrub Up For Awards Of Excellence

Saturday 5 August, 2017
by Surf Life Saving NSW
Over 300 of the state’s finest surf lifesavers took time out away from the ocean on Saturday night to celebrate a successful season at a glittering ceremony in Sydney.

It was a fantastic achievement by the young lifesaver who wears many hats at her club.
More HERE 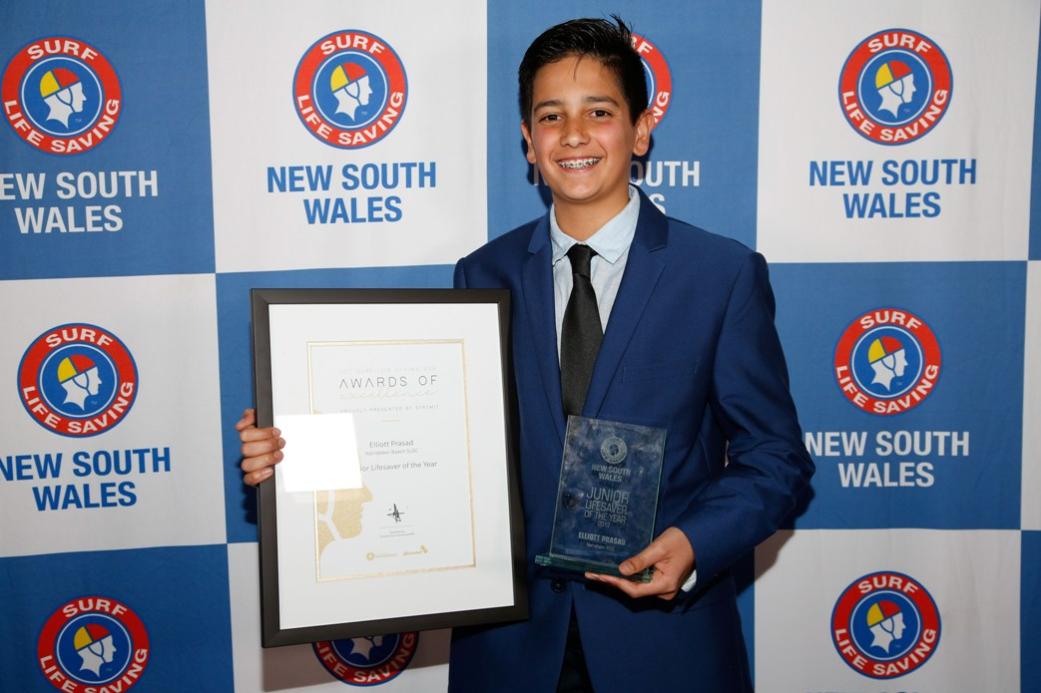 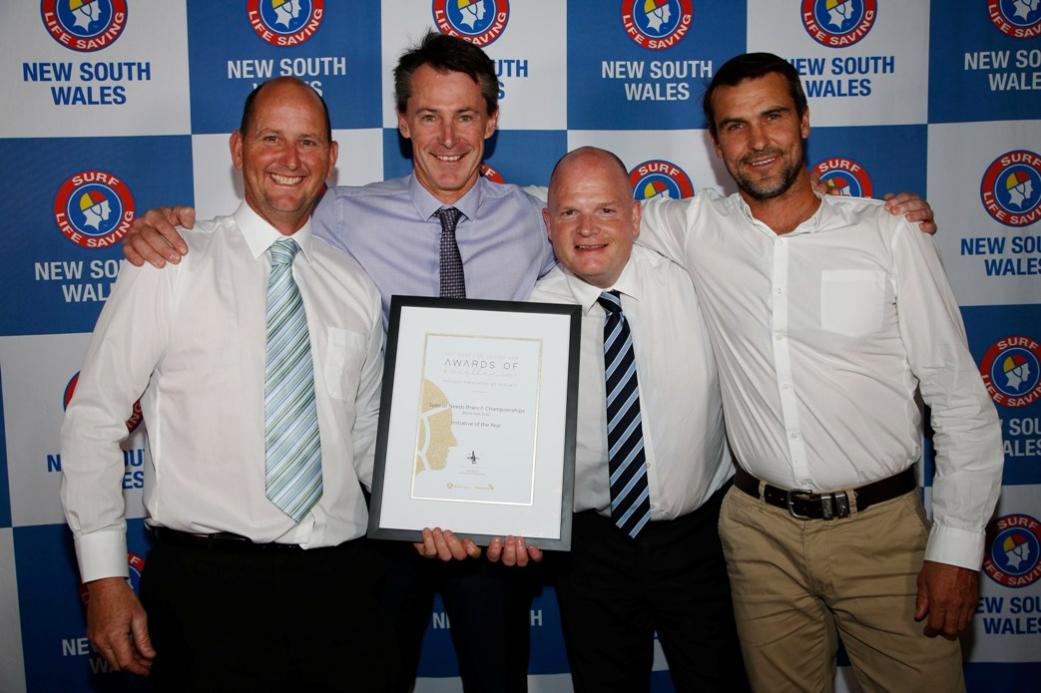 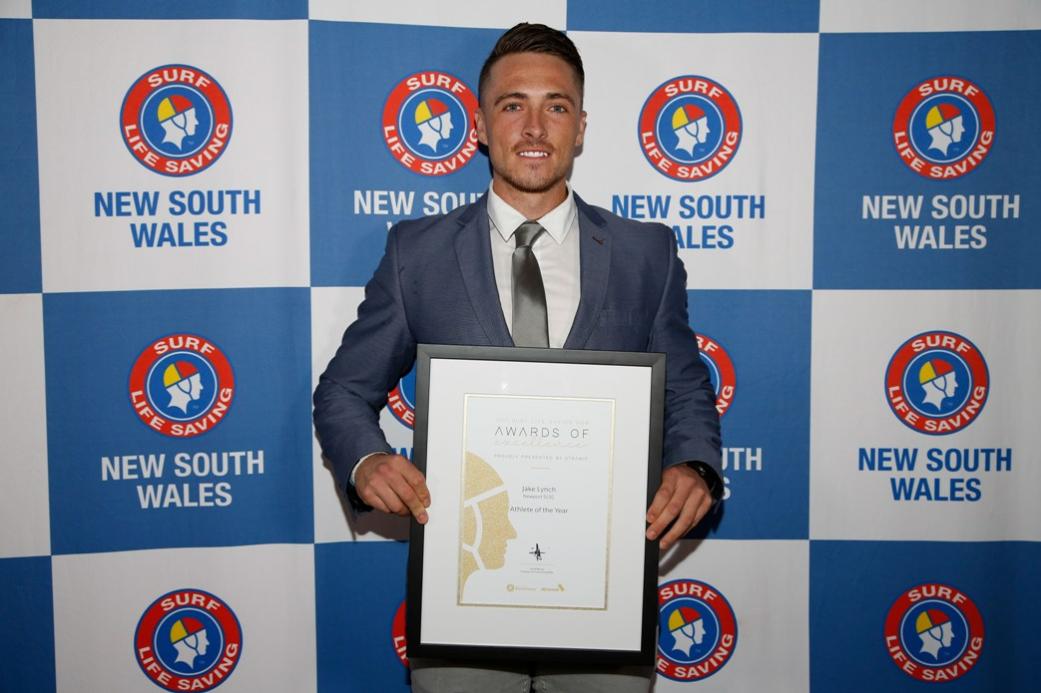 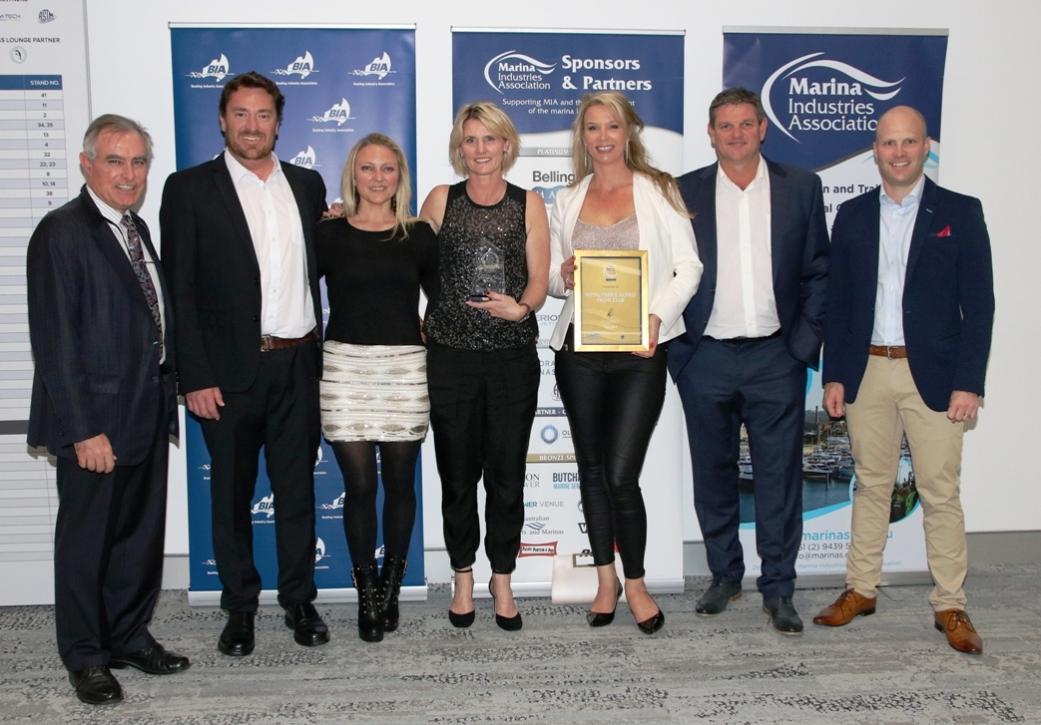 The RPAYC was awarded the MIA 'Club of the Year’ at the Marina17 International Conference last night.The RPAYC is proud to have been a Club of the Year finalist at the last two conferences and this year, show casing its efforts to excel in the marine industry, was honoured once again along side the Royal Perth Yacht Club as a finalist and ultimately awarded the accolade for 2017. The Club was recently nominated as a finalist along with The Royal Perth Yacht Club for “Club of the Year” for the Marina Industries Association’s Australasian biennial awards.“I am thrilled that the Club has been won such a prestigious industry award, it’s a credit to members and all the staff that have made this possible, this award is particularly special with the Club celebrating its Sesquicentenary" said Suzanne Davies, General Manager RPAYC. 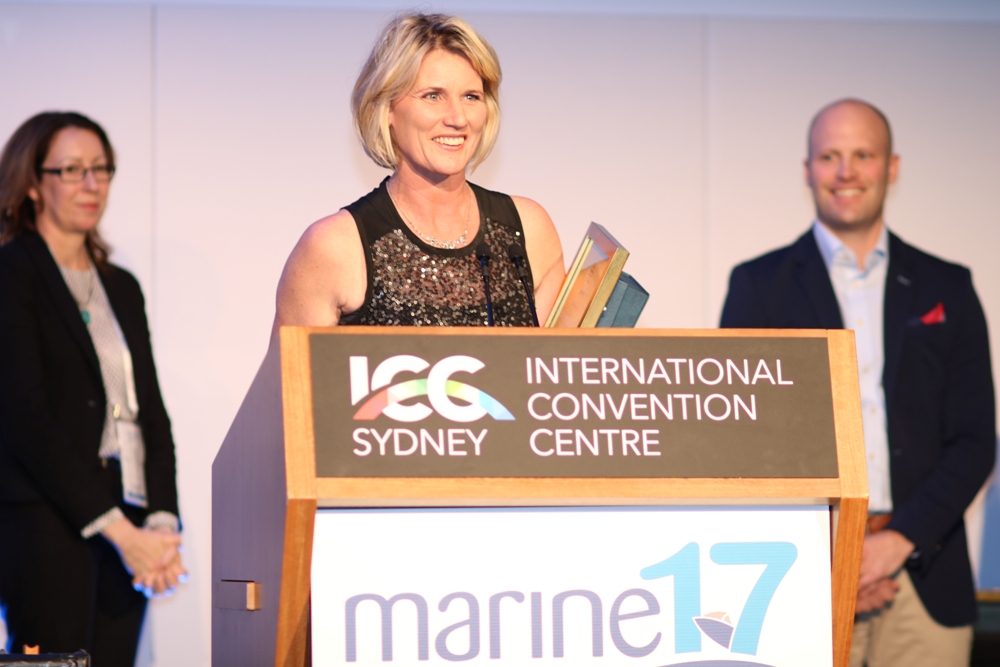 Suzanne Davies (RPAYC General Manager) accepting MIA Award on behalf of the RPAYC - photo courtesy MIA
The MIA’s biennial ‘Club of the Year’ award recognises excellence and celebrates industry best practice and provides a benchmark for other businesses to aspire to.
The judging criteria is based on the Club’s goals and objectives, marketing, customer service including evidence from customer feedback; environment, risk management, staff training, industry participation, community involvement and involves a comprehensive on site audit. The Club submitted a comprehensive submission and an audit of the Club and facilities was undertaken some months ago.

MIA President, Andrew Chapman CMM said in congratulating all the finalists as well as the entrants that “the awards celebrate industry best practice and provide a benchmark for other businesses to aspire to.”
More HERE

Aboriginal Engravings Vandalised At The Basin: NPWS Undertakes Program Of ‘Highlighting’ Engravings To Protect Them 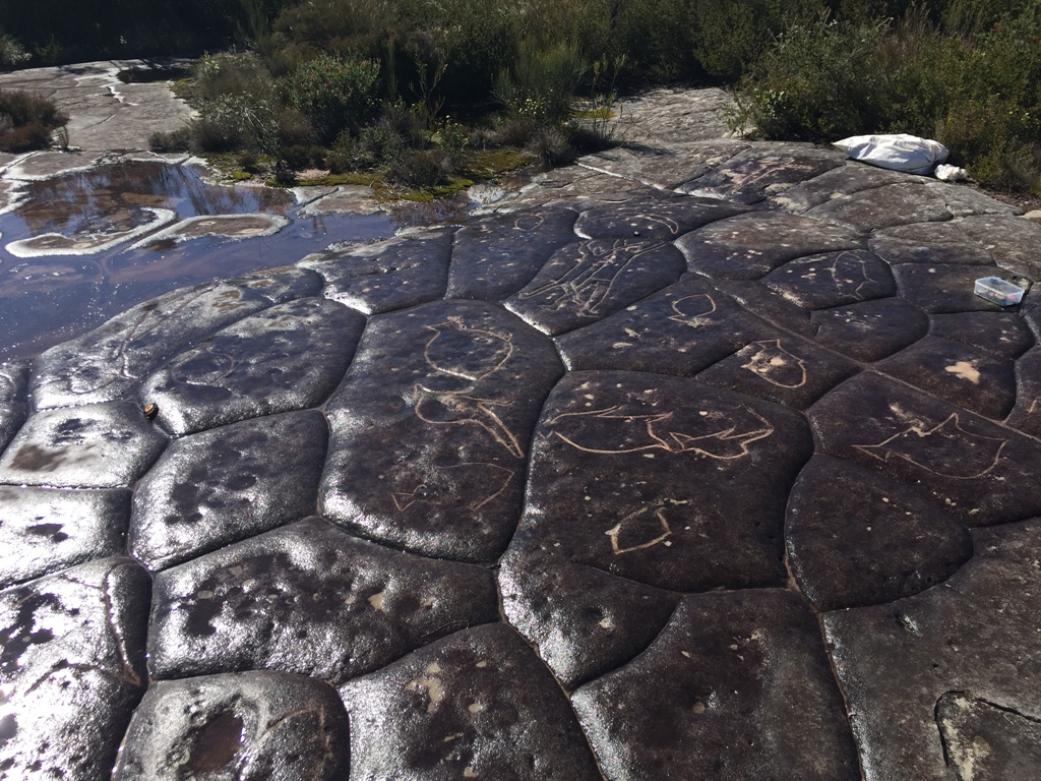 Photo of the ‘highlighting’ work - courtesy NSW NPWS.
n June damage to an engraving at the Basin Aboriginal art site in Ku-ring-gai Chase National Park was reported.  This site is home to some of the best examples of rock engravings by the Garrigal people of the Guringai Nation.In response, NPWS has undertaken a program of ‘highlighting’ the engravings so they’re more easily seen and less prone to vandalism.  ‘Highlighting’ is specialist work involving the careful removal of natural occurring lichen on the rock surface that over time grows in the engraving grooves but does not involve deepening the grooves by removing any rock material. The lichen is removed using soft brushes and water.  “This work is done by indigenous staff trained in this method and approved to undertake the work by the Metropolitan Local Aboriginal Land Council (MLALC) and should not be attempted by the general public.” A spokesperson for the National Parks and Wildlife Service (NPWS) told Pittwater Online this week.“ This work is done to make the engravings more visible, and one benefit of this is to discourage people marking the engravings themselves in an attempt to make them more easily seen, and subsequently damaging them.”The Basin Aboriginal art site is a significant site found along The Basin track and best viewed in the early morning or late afternoon, when the shadows give an edge to the faint, yet impressive engravings. Here, you’ll make out the outlines of animals and human figures. After exploring the extensive range of engravings, continue along the walking track to The Basin picnic area and enjoy a swim.There are further examples of Aboriginal heritage with axe grinding grooves and rock paintings and stencils within the park. Middens are also found near rock caves and shelters and contain shells, tools and animal bones.To preserve the art for future generations, visitors are asked to please not touch Aboriginal sites.Any visitors to national parks who see vandalism and damage are asked to report this to the local NPWS office on (02) 9451 3479.Ku-ring-gai Chase National Park is home to over 800 sacred aboriginal carving sites, including the Elvina Track Engraving site, one of the largest in Australia.Those who cannot access these areas so easily may take a virtual tour of the Basin Aboriginal art site captured with Google Street View Trekker.
More HERE 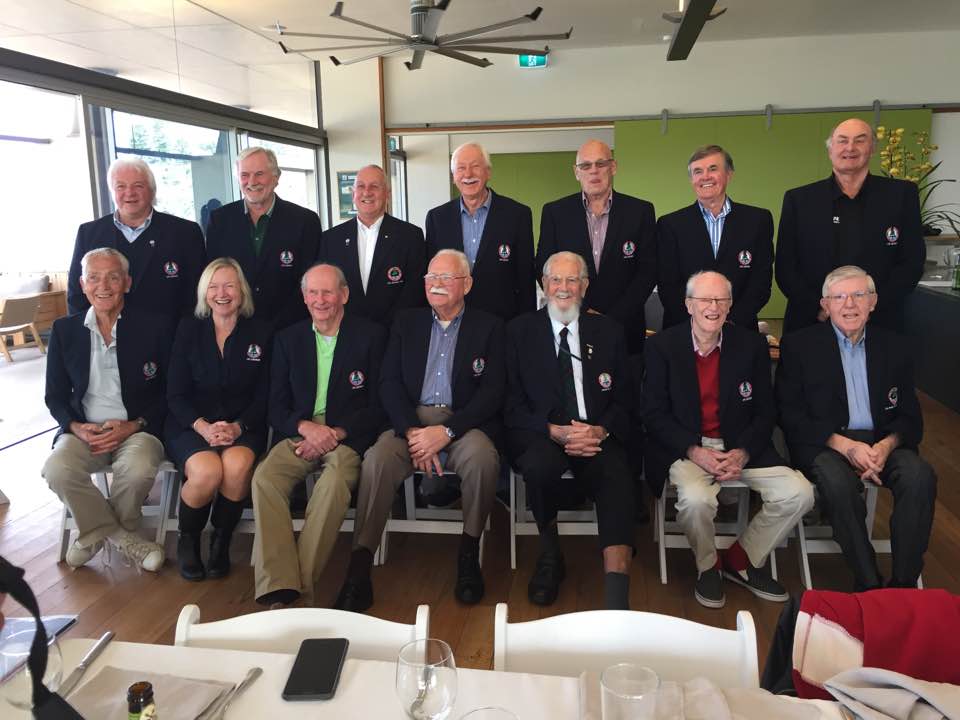 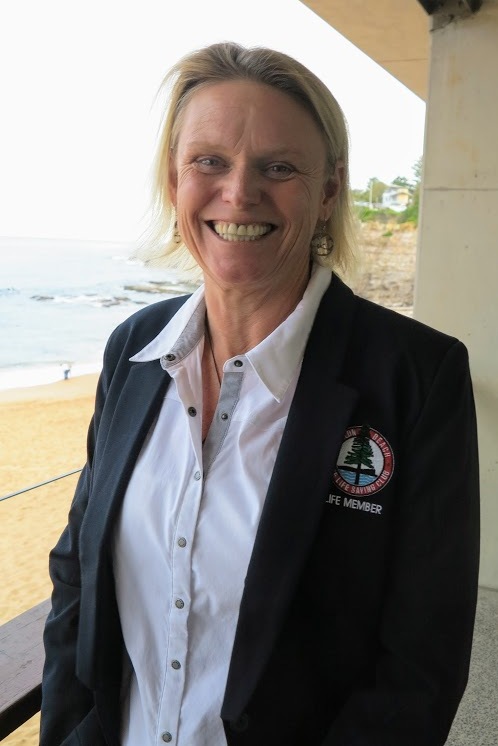 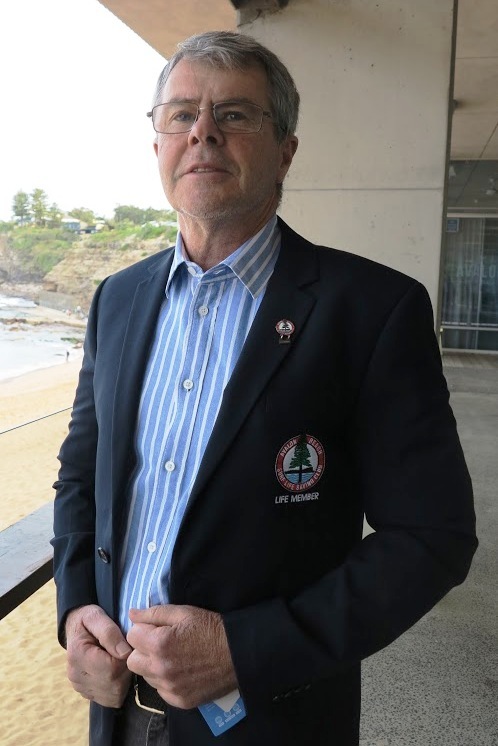 New Life Members 2017: Louise Lindop, Mark Heffernan.
Life Membership of Avalon Beach SLSC is only awarded to long serving members who have made sustained outstanding service to the club and community for a minimum of 15 years. It is a privilege of not automatically awarded.
Nominations for new Life Members each year may be submitted by any member together with supporting material, to the Life Members Committee (Michael Byrnes OAM Chair, Bob Head, Warren Young OAM, Roger Sayers, Bruce Muston, and exofficio members, the current club president and club captain). The committee makes its recommendations for any new Life Members, and passed by resolution of members at the AGM.
Reports from surf club AGMs are beginning to come in with Mona Vale, Bilgola, Newport and Avalon Beach clubs all holding theirs to recognise the huge amount volunteer members contribute to these clubs during the season and all year round on July 30th.
Warriewood SLSC  holds theirs today, Sunday August 6th, while Whale Beach SLSC will hold theirs on Sunday August 13th. Having been provided with a hard copy of Whaley's Annual report - more after their meeting - we'd like to quote from their inside cover:
'Whale Beach Surf Life Saving Club exists to save lives, create great Australians and build a better community at Whale Beach'.
This is echoed in every President's report - available on their websites - and well worth reading in full - and clearly illustrated in Mona Vale SLSC winning Initiative of the Year - Special Needs Branch Championships and Lara Boyle, Whale Beach SLSC, winning Surf Lifesaver of the Year, while surf sports as a key to maintaining excellence in fitness is shown through the Athlete of the Year being won by Newport's Jake Lynch in last night's, August 5th, Surf Life Saving New South Wales Awards of Excellence.
Our local volunteers in these clubs are saving lives, they are building great Australians and they are creating much better communities everywhere they work either within their clubs and engaging in and creating community events outside of these.
Some extracts provided this Issue:
108th Annual General Meeting For Newport Surf Life Saving Club: Three new Life Members 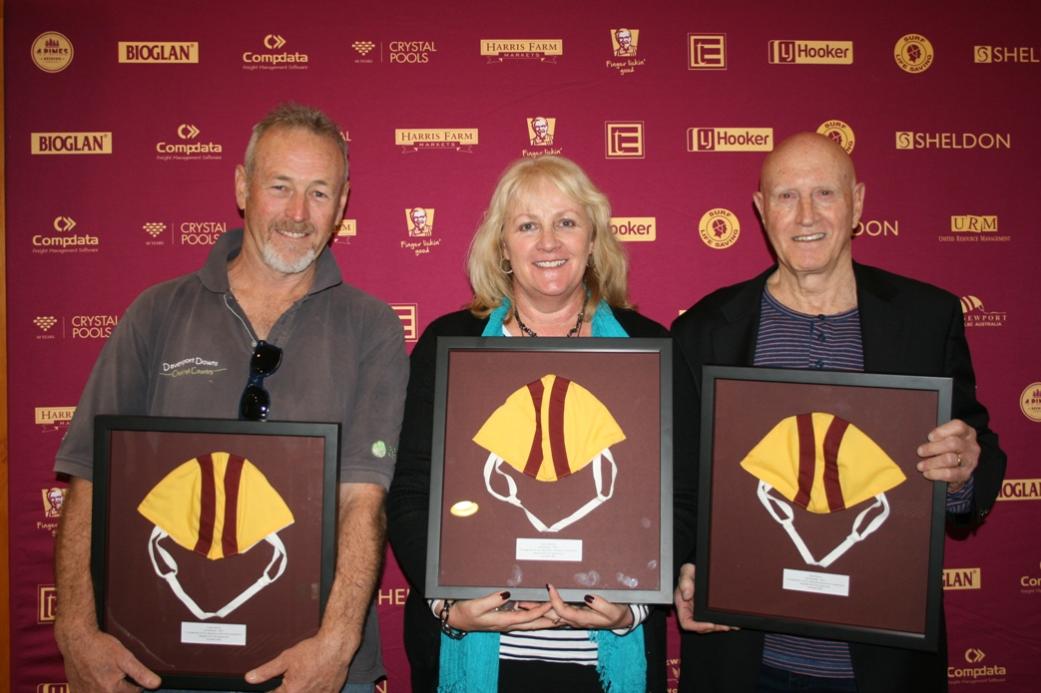 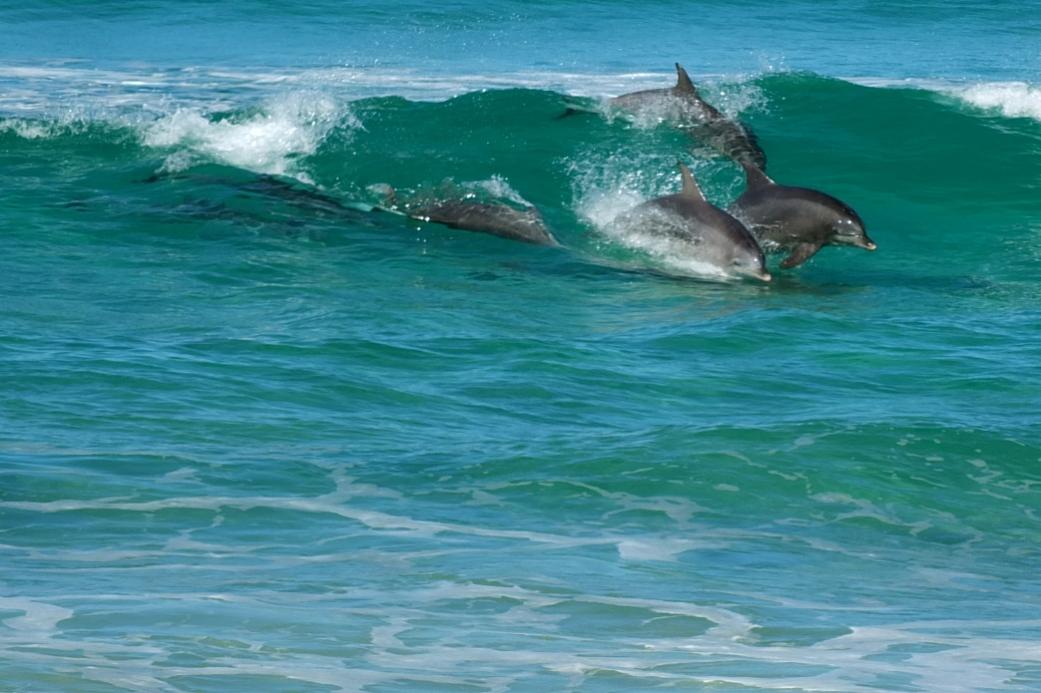