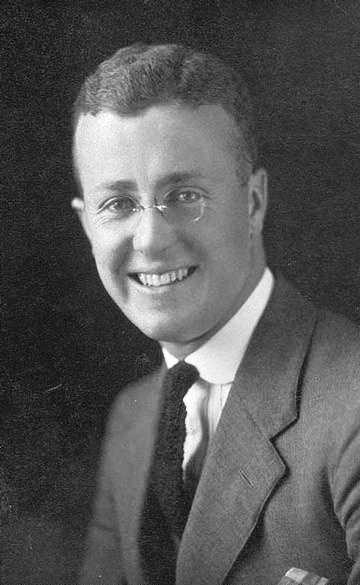 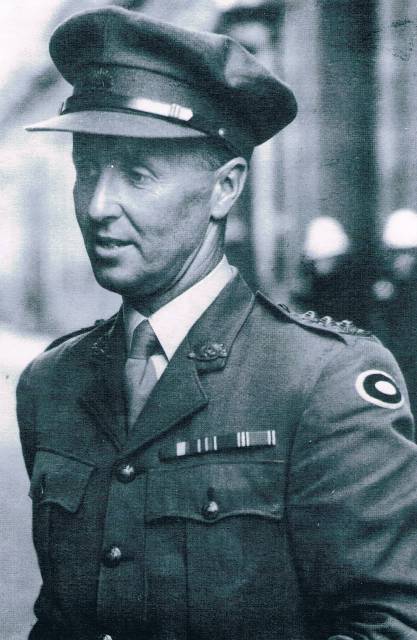 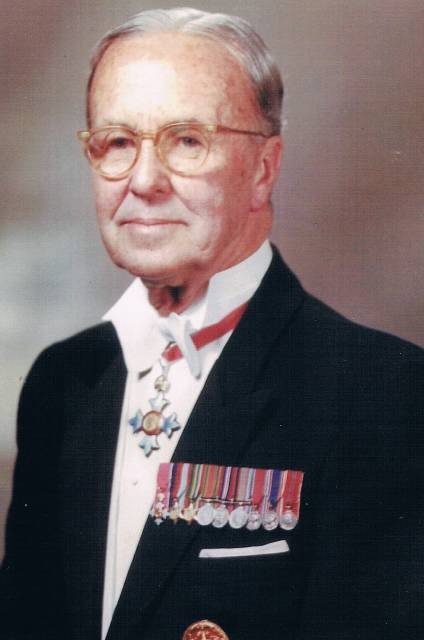 Adrian Curlewis was born to Ethel Turner, author of Seven Little Australians, and Herbert Raine Curlewis, barrister and later judge, at Mosman. His parents were both very community minded, his mother donating to charities and organising Ambulance and First Aid courses during World War I while his father, who was a member of the (Royal) Australian Historical Society, also lectured at Sydney University (1911-1917). While growing up he was exposed to visitors such as Henry Lawson and with both parents fond of the pen, his mother prolific up until her daughter Jean’s death and publishing over fifty works and his father writing love verses for Ethel in Latin and Greek, this emphasis on developing the mind was balanced by a love of sports. Ethel enjoyed skating, tennis and surfing and the family spent many summers in Pittwater at Palm Beach. Adrian, like his sister Jean, had a great love of Palm Beach summers which, then, was a bush holiday by the sea place not the fashionable destination of the hoi polloi it was soon to become.

"It had belonged to Manly swimmer Claude West, who put an ad. in the paper reading: 'Surfboard for sale. Owner in hospital through using same'," Judge Curlewis told me. (Surfboard riding was only six years old in 1920. The Hawaiian Duke Kahanamoku had introduced it to Australia in 1914.) From: The Australian Women's Weekly Saturday 3 February 1951, page 17.

It was here, after witnessing the drowning of two people, that Adrian formed with fellow Palm Beach visitors and residents  the Palm Beach SLSC.  These volunteers saved many lives during their tenure while Sir Adrian went on to become President of SLSAA for forty years (excepting the years at war) and became the sole Life Governor of that Association from 1974, and his Presidency of the International Council of Surf Life Saving from 1956 to 1973. Adrian’s son Ian and daughter Philippa also were involved in Patrols while growing up and son Ian, recently made an Honorary Life Member, has also decades of service to Palm Beach SLSC.

On December 12th 1928 he married Betty Carr, a vibrant beautiful girl, originally from Western Australia, who shared his love of the ocean, its waves and was also quick-minded and instilled in investing in community. Betty (Beatrice Maude) was one of the ladies who helped organise dances and other functions to raise funds to keep the Palm Beach SLSC going and to purchase much needed equipment during the decades when funds from local councils were sparse.

Enlisting a week before Australia entered the war, Adrian was sent to Singapore on the Queen Mary and was one many who became a POW when the Allies surrendered this port. He kept two secret diaries while in captivity, helped in maintaining the health of fellow prisoners and organised what was known as the ‘Changi University’ which was credited with keeping up the spirits of many men.

In 1945 Captain Curlewis returned home after three years in Changi and on the Burma-Thailand railway as a member of the 8th Division. Like many who fought in WWII Sir Adrian strove to fit as much as possible into the years following the war to regain not only time lost but also do what he would have done if not involved in this conflict.  The list of his post-war achievements would take pages to curate but all advocate a stirling spirit and determination to rise above the damage war had caused.

A snippet of these from being Convenor and Chairman of the International Convention on Life Saving Techniques, which led to the worldwide adoption of mouth to mouth resuscitation, to also fulfilling hands on roles as chairman (1949-71) of the New South Wales National Fitness Council, or as founder (1956) of the Outward Bound movement in New South Wales, and the man who was national co-ordinator (1962-73) of the Duke of Edinburgh’s Award in Australia, and president (1968-84) of the Royal Humane Society of New South Wales, as well as being a District Court Judge (1948 to 1971), demonstrate his dedication to investing in people, in Australia’s development, and a huge capacity for hard work and a driven nature with a deep seated belief in improving humankind. As President (1934-41, 1945-75) of the Surf Life Saving Association of Australia Adrian never ceased in his insistence that ‘saving lives’ was the paramount achievement of this organisation. Fitness in body and mind formed a large part of this.

On becoming a grandfather the haunted look in his eyes in the years following WWII has begun to recede and the smile that was his as a boy has returned. Pittwater has clearly been enriched in the past by Adrian Curlewis just as Australia still is today. His generous heart, uprightness and integrity even under duress, qualities that were his as a young man and even more evident as an elder, live in his son Ian and his daughter Philippa and in the legacy of all he brought to Surf Life Saving. He was recognised for his devotion to Australia and her people by being knighted in 1967. To Pittwater, Palm Beach, and Australia’s down to earth and ‘get on with it’ peoples he remains 'Mr Surf Lifesaving' and to many the 'father of surf life saving'.

‘Facts and figures of annual reports do not make history, nor do they make the Surf Life Saving Association. It was the joy of living, the joy of the sea, and a joy in challenging nature with a life to save a life, with a certain knowledge that win or lose there would be no reward. That made the Surf Life Saving Association of Australia. Here lies the treasure.’ - Sir Adrian Curlewis

The Beach Beyond the Breakers 1901-2011 by Philippa Poole

Judge Curlewis has grown up with the century He is a "Federation baby" who has lived 50 eventful years
The Australian Women's Weekly (1933 - 1982) Saturday 3 February 1951 p 17 Article Illustrated
... fatality while on holiday at Palm Beach, New South Wales. Palm Beach then was not the luxury resort ... Hill. Adrian Curlewis started the Palm Beach Life Saving Club with the late Len Palmer. Since then ... Curlewis learned surf- board riding from John Ralston, who had the first surfboard at Palm Beach. ... 1649 words

Sir Adrian Curlewis Scholarship
The Sir Adrian Curlewis Scholarship is a national program that is designed to build leadership skills, knowledge and highlight the potential in young Australians who choose to pursue leadership roles in surf lifesaving at a club, regional, state and national level. The program provides one candidate from each state with an environment where they can discover their leadership potential under the guidance and mentoring of active leaders in surf lifesaving.

This scholarship provides the scholars with a 12-month structured mentoring program through a 'contract learning agreement'. This agreement focuses on key areas that the participant feels they need to improve in their personal leadership skills. The Sir Adrian Curlewis Scholarship recognises the contribution of a lifesaver over the age of 21 years and is dedicated to the late Sir Adrian Curlewis in memory of his long-time involvement with SLSA as President.
From; http://www.lifesaving.com.au/default.asp?contentID=812

Curlewis A www.shoreoldboys.org.au/file.php?fileID=597
File Format: PDF/Adobe Acrobat - Sir Adrian Curlewis. Adrian Curlewis was born in 1901 of distinguished parents. His father became a District Court judge and his mother was Ethel ...

Poole, Philippa - Woman - The Australian Women's Register
www.womenaustralia.info/biogs/AWE0154b.htm
24 Oct 2001 – Born: 1932. Poole is the daughter of Betty Carr and Sir Adrian H F Curlewis. Married to Adrian she is the mother of two sons and two daughters. ...

Where her spirit grows tall - Senior School - Teaching & Learning ...
The Sir Adrian Curlewis Outward Bound Scholarship. There is a long-standing connection between Outward Bound and Wenona. Not only do we have similar values and an adventurous spirit ...
www.wenona.nsw.edu.au/teachinglearning/seniorschool/whereherspiritgrowstall.cfm 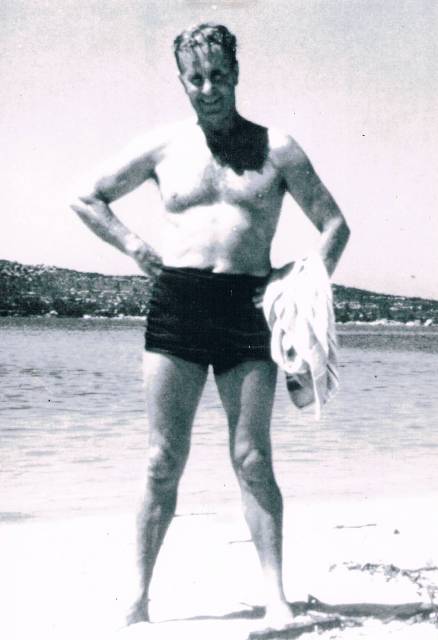 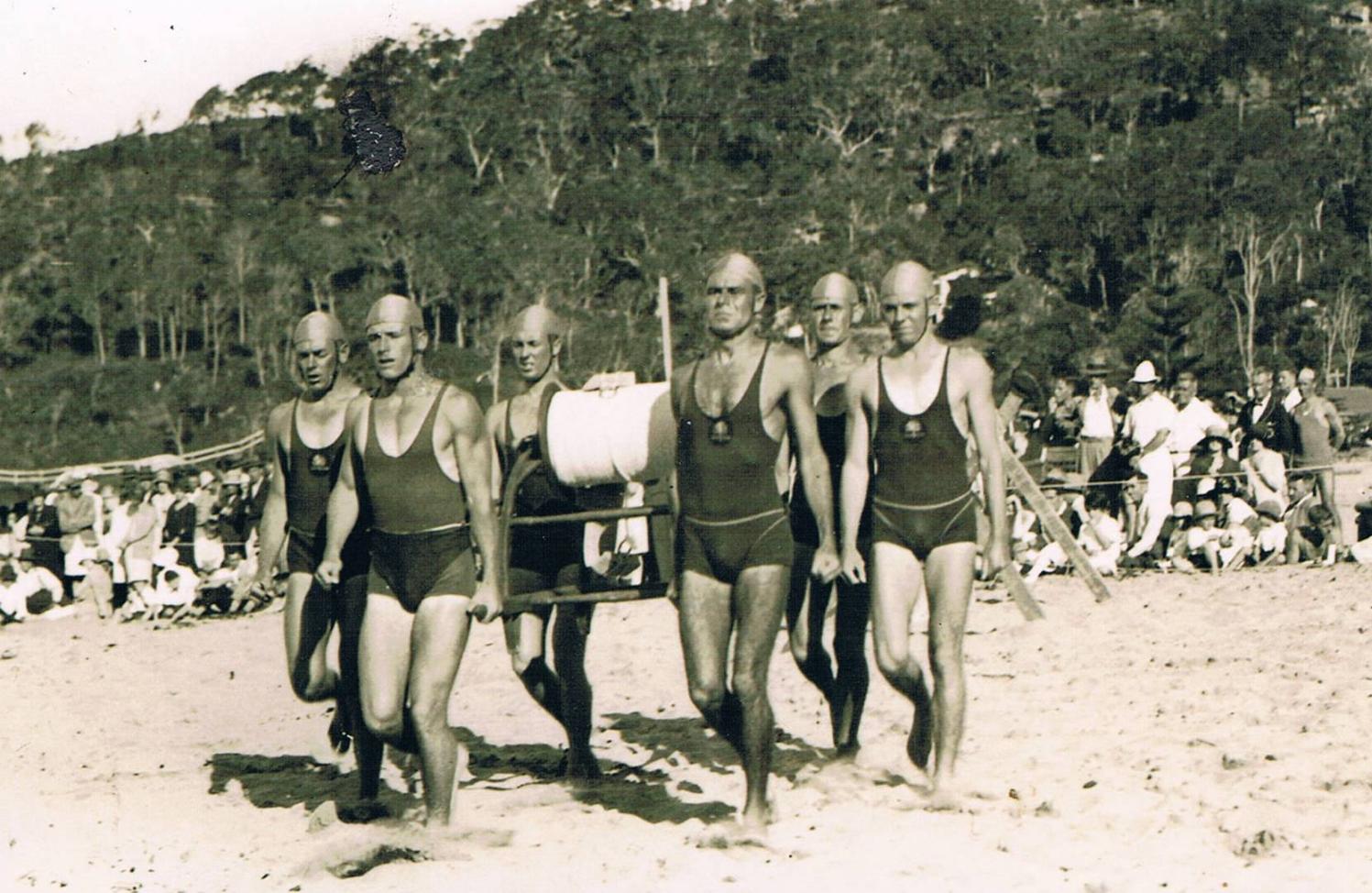 Palm Beach SLSC Carnival. This R&R squad competed in the first Surf Carnival to be held at Palm Beach on 1/1/1923 - Adrian is on left at back -  Philippa Poole 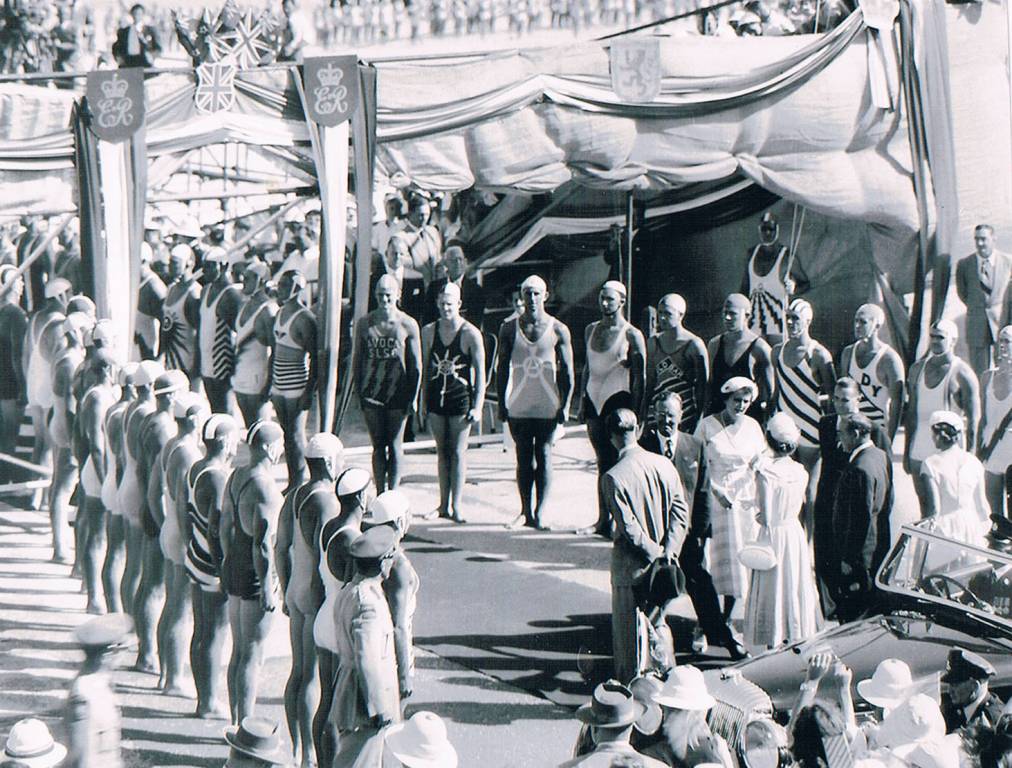 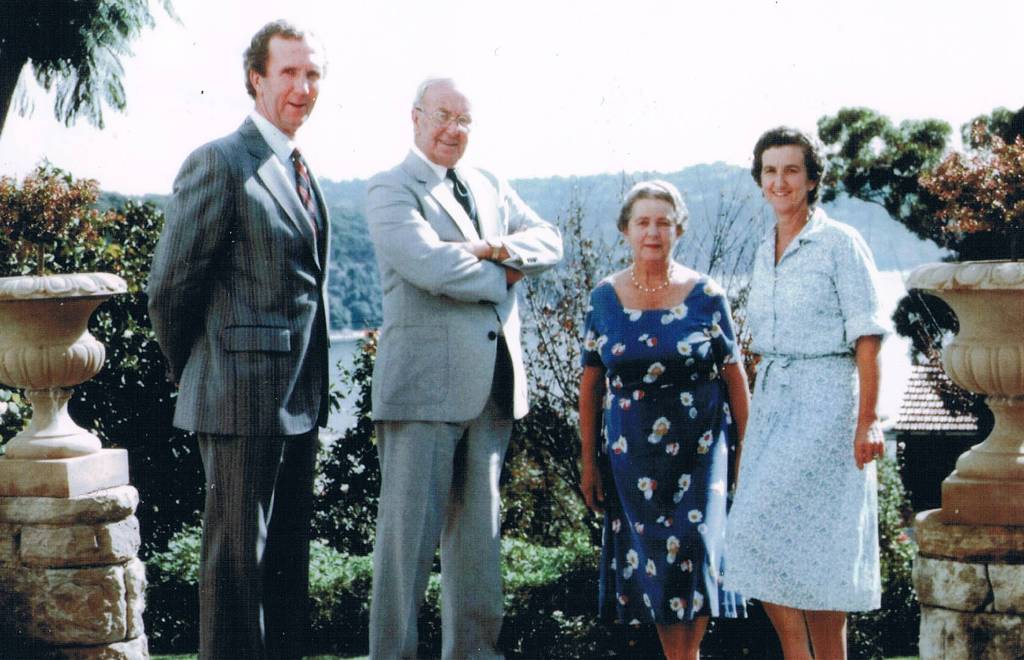 Photos all courtesy of Philippa Poole; Top: R&R Team at Palm Beach at 1st Surf Carnival to be held on Palm Beach 1/1/1923. Adrian is second back left side. Middle: Adrian and Betty Curlewis greet Queen Elizabeth II and the Duke of Edinburgh at Bondi Royal Surf Carnival of 1954. Base: (l to r) Ian, Adrian, Betty and Philippa at Mosman at time 'Of Love & War' was launched.
Report; A J Guesdon.