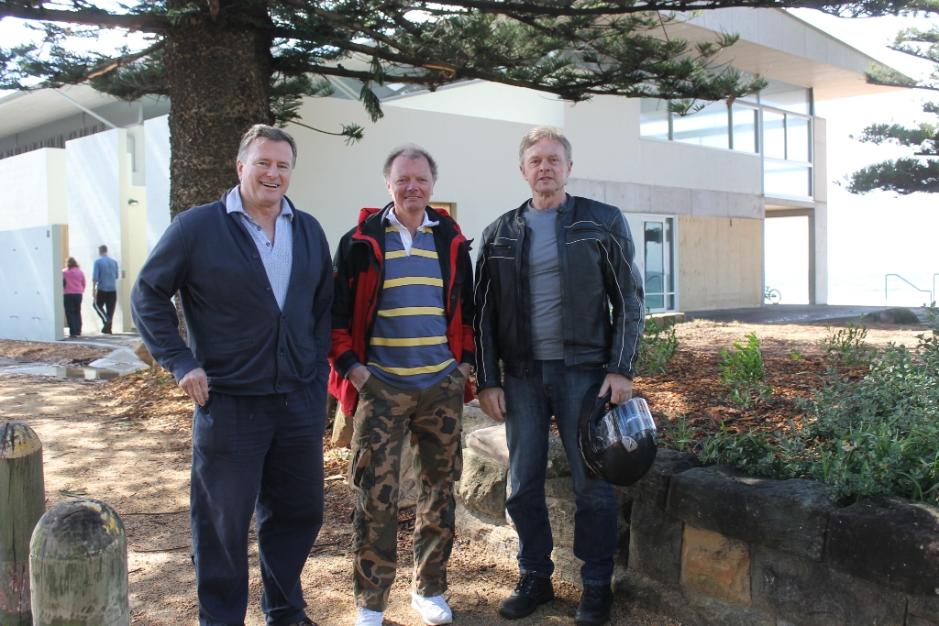 Left to right: Scott MacIntosh, Mike Hall and Bill Macrow having a look at new clubhouse yesterday  - Picture by A J Guesdon, 23.8. 2014.

The brand new clubhouse of Avalon Beach Surf Life Saving Club officially opens next Sunday the 31st of August. Over the seasons this change has taken place we have visited the beach and taken some pictures of the old becoming the new and run these this week, as well as some beautiful images taken along the way by President of Avalon Beach SLSC Christine Hopton, Dave Archer and professional photographer Tim Hixson - The community are invited to tour the building next Sunday from 1pm 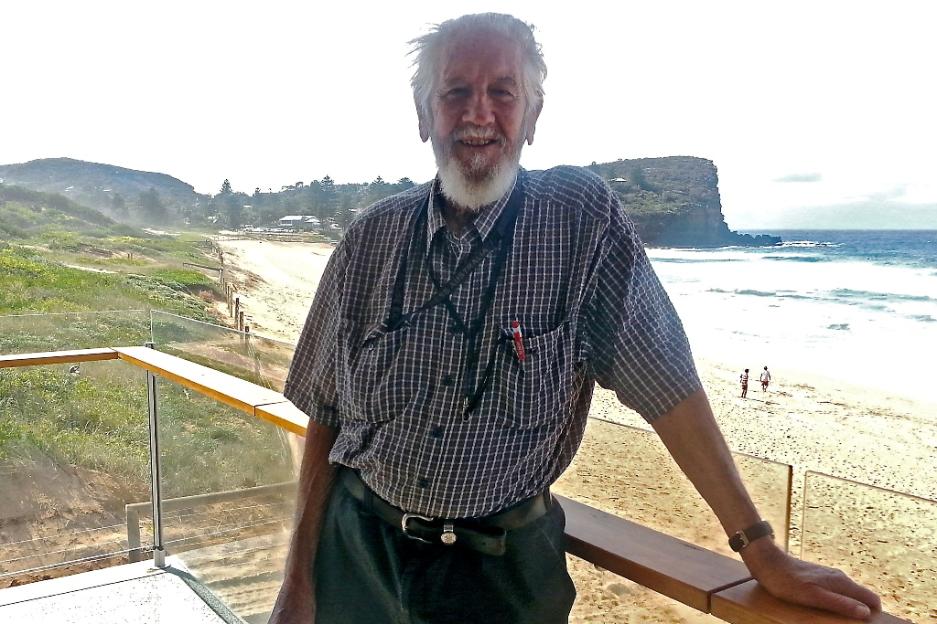 Ken Davidson (above) is our Profile of the Week - this is Ken visiting the brand new clubhouse of the Avalon Beach SLSC yesterday  afternoon;
Picture by and courtesy of Philip English - taken at new Avalon Beach SLSC 23.8.2014 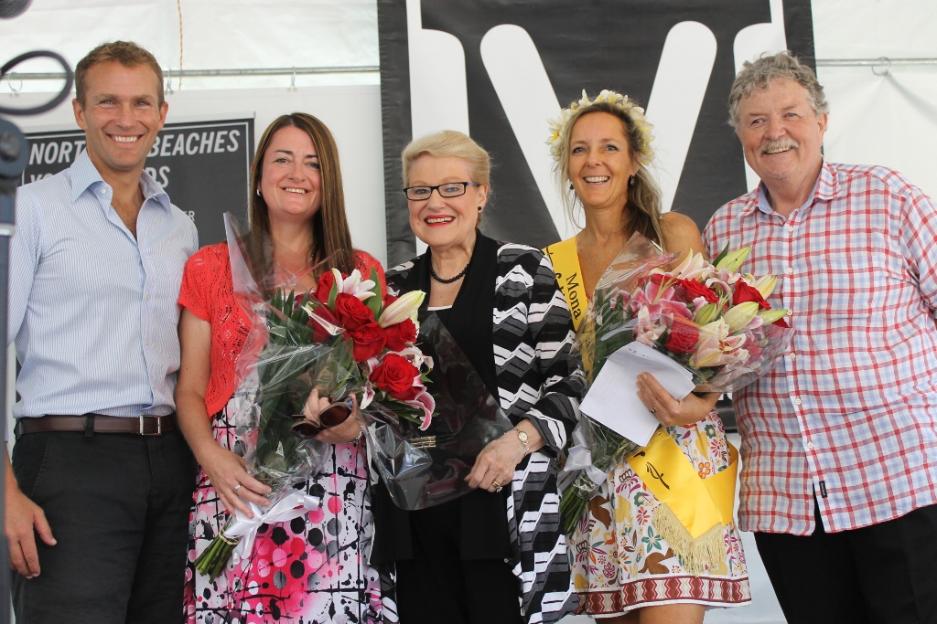 Full story, including news of the next project  by  the recently formed Northern Beaches Palliative Care Working Group, HERE 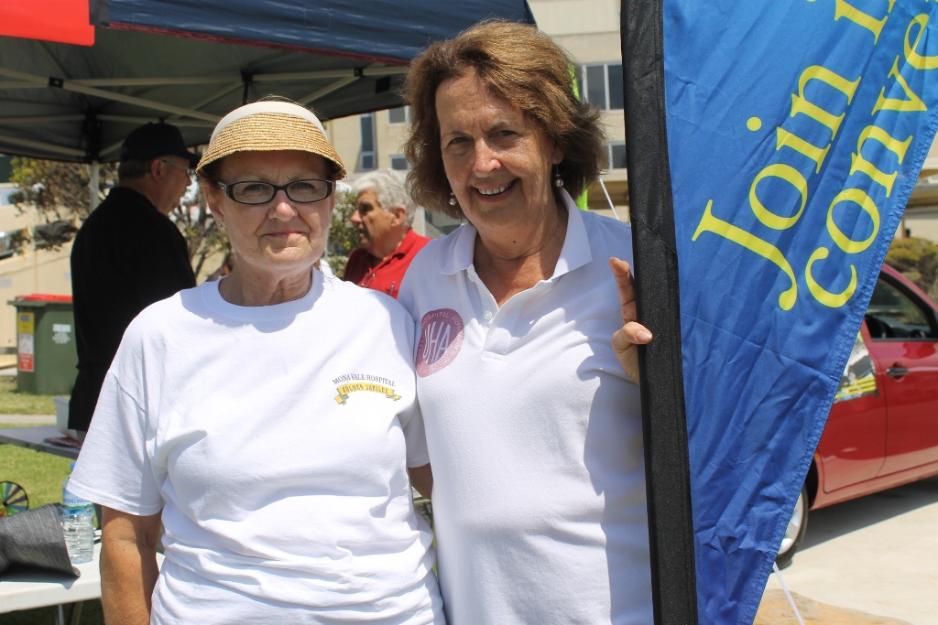 Thank You Pittwater - From Soibada 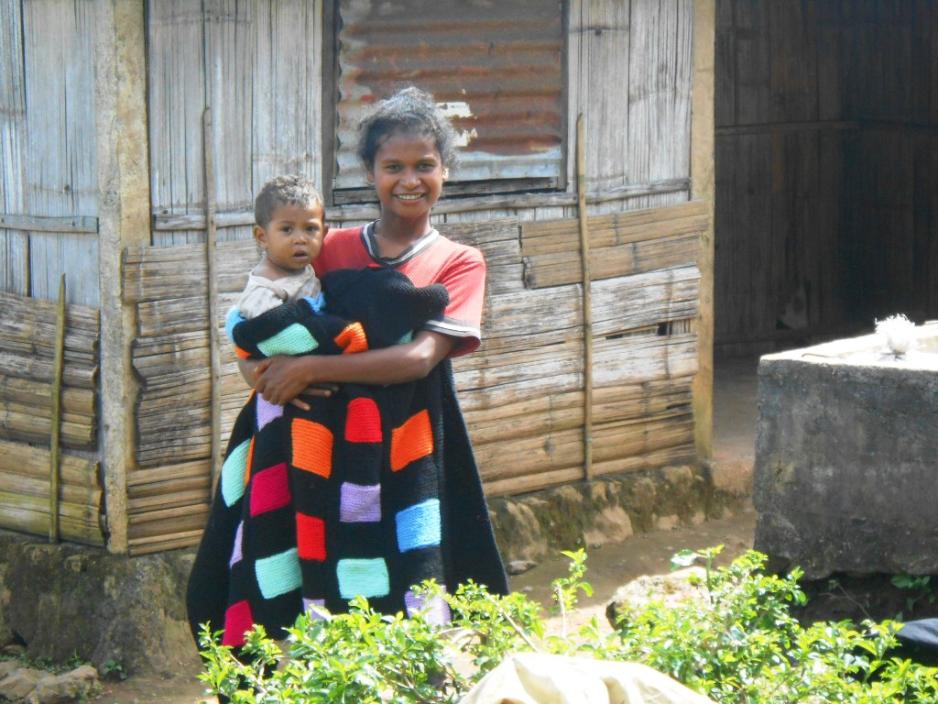 A happy recipient of one of the rugs made by local Pittwater Volunteers for people of Soibada. Picture by Tamara Sloper Harding, 2014.

The Pittwater Community has been sent a huge “thank you” from the people of Soibada. A team consisting of doctors, nurses, Rotarians, artists, youth representatives, water specialists, preschool and dance teachers, returned from Timor Leste at the end of last month. Over the next few weeks you will see updates about the individual projects. However, this week I would like to highlight the support of two very different groups in our community.

The Blessings of Rain 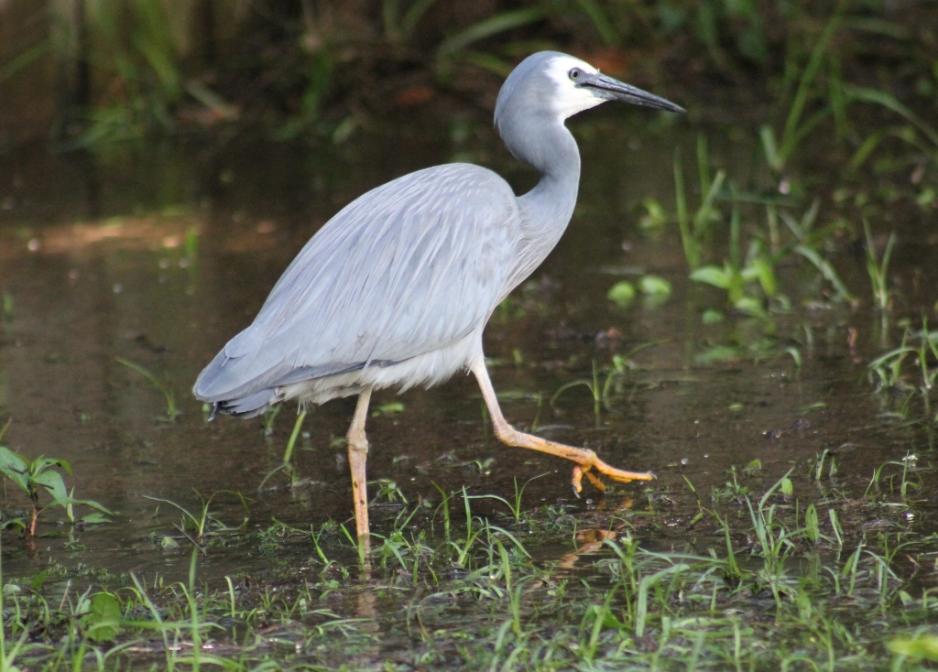 It's been great weather for ducks all week - and white-faced herons, Australian spoonbills, egrets - in fact everything that loves a good paddle in a puddle. The long dry spell has broken and our largest plants, our trees, are no longer parched for a drink. Even the air, earlier this is cleaner, and smells like....Petrichor ...a word constructed from Greek, petros, meaning ‘stone’ + ichor, the fluid that flows in the veins of the gods in Greek mythology. It is defined as "the distinctive scent which accompanies the first rain after a long warm dry spell".

Petrichor as a term was coined in 1964 by two Australian researchers, Bear and Thomas, for an article in the journal Nature.  In the article, the authors describe how this scent derives from an oil exuded by certain plants during dry periods, whereupon it is absorbed by clay-based soils and rocks. During rain, the oil is released into the air along with another compound, geosmin, a metabolic by-product of certain Actinobacteria, which is emitted by wet soil, producing the distinctive scent - to us it is exhilarating and reminds all, despite damp feet, clothes and tedious travel times, of the blessings that come with rain.