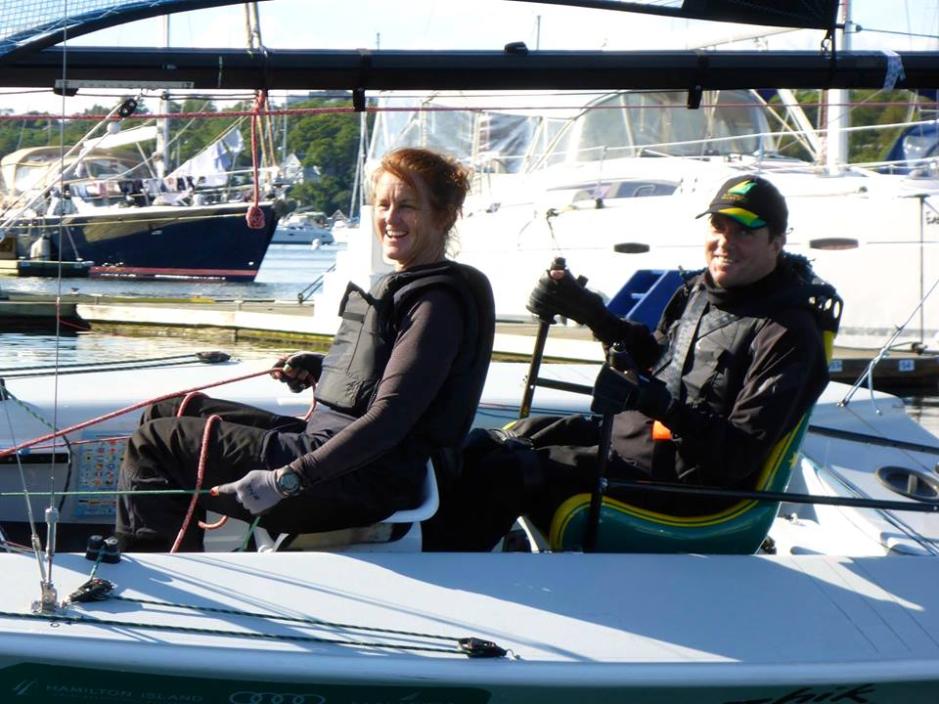 These results have secured Australia an early qualification of all three Paralympic Boat Classes for the 2016 Paralympic Games in Rio de Janeiro and ensured they topped the Nations Cup Scoring.  The IFDS Worlds 2014 regatta was held at the Royal Nova Scotia Yacht Squadron in Halifax, Nova Scotia, Canada August 19-24th, 2014.

This was the start of their Rio 2016 Paralympic campaign for Paralympic Champions Liesl Tesch and Daniel Fitzgibbon.  Winning the SKUD-18 World Champion title for 2014 also meant the first World Championship win for the duo.

This week we spoke to both Dan and Liesl to congratulate them and find out what’s next for this sailing super-duo:

In Halifax, the weather was challenging for everybody because it was very light and fickle. But it was same for everyone. We have never won a World Championship and the Great Britain Team had won 5 in a row. So breaking their stranglehold on the trophy was a great challenge for us.

What training will you be focusing on now?

Now we start training for the world cup events in Melbourne, Miami and Europe. These regattas will be leading up to next year’s World Championships which are being held in Melbourne 2015.

Dan, what's next for 'Another Challenge'?

The Another Challenge program is great because it integrates what I am doing with the paralympic sailing with mainstream sailing in Australia. I love sailing with and against all the other sailors down at the Royal Prince Alfred Yacht Club.

It is also creating a platform that will allow other disabled people to follow my footsteps and come out sailing with us too! Our next big regatta will be the Sydney38 nationals to be held at the RPAYC in February next year.

I love sailing back in my home waters of Pittwater. Even though I do a lot of my training and racing overseas, I love to come back home and go out on beautiful Pittwater. We will be sailing the yacht as much as we can in the RPAYC sailing program.

Great Britian were always our tough test competitors - they are full time athletes (I work full time as a high school teacher on the Central Coast and Dan and I only train together on weekends and school hols) - and they are training regularly with Italy, who are improving quickly.

These teams regularly race in all the big regattas in Europe, so they have lots of race practice under their belts too.

The light winds in Halifax were tough - as we are used to training in a good sea-breeze out of RPA on Pittwater and our of Middle Harbour Yacht Club - but reinforced the importance of doing more sailing in light wind in preparation for what could be in Rio.

What training will you be focusing on ?

Light wind training. Time together on the water.

As much time as possible on the SKUD, and any opportunity that arises to go sailing. Perhaps another Sydney to Hobart...? 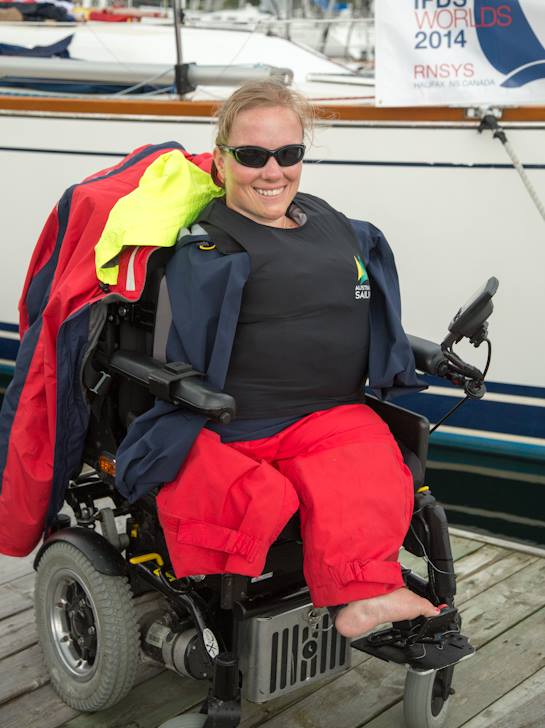 Inclusive ‘Integrated disAbled Sailing’ Program to be launched at the RPAYC