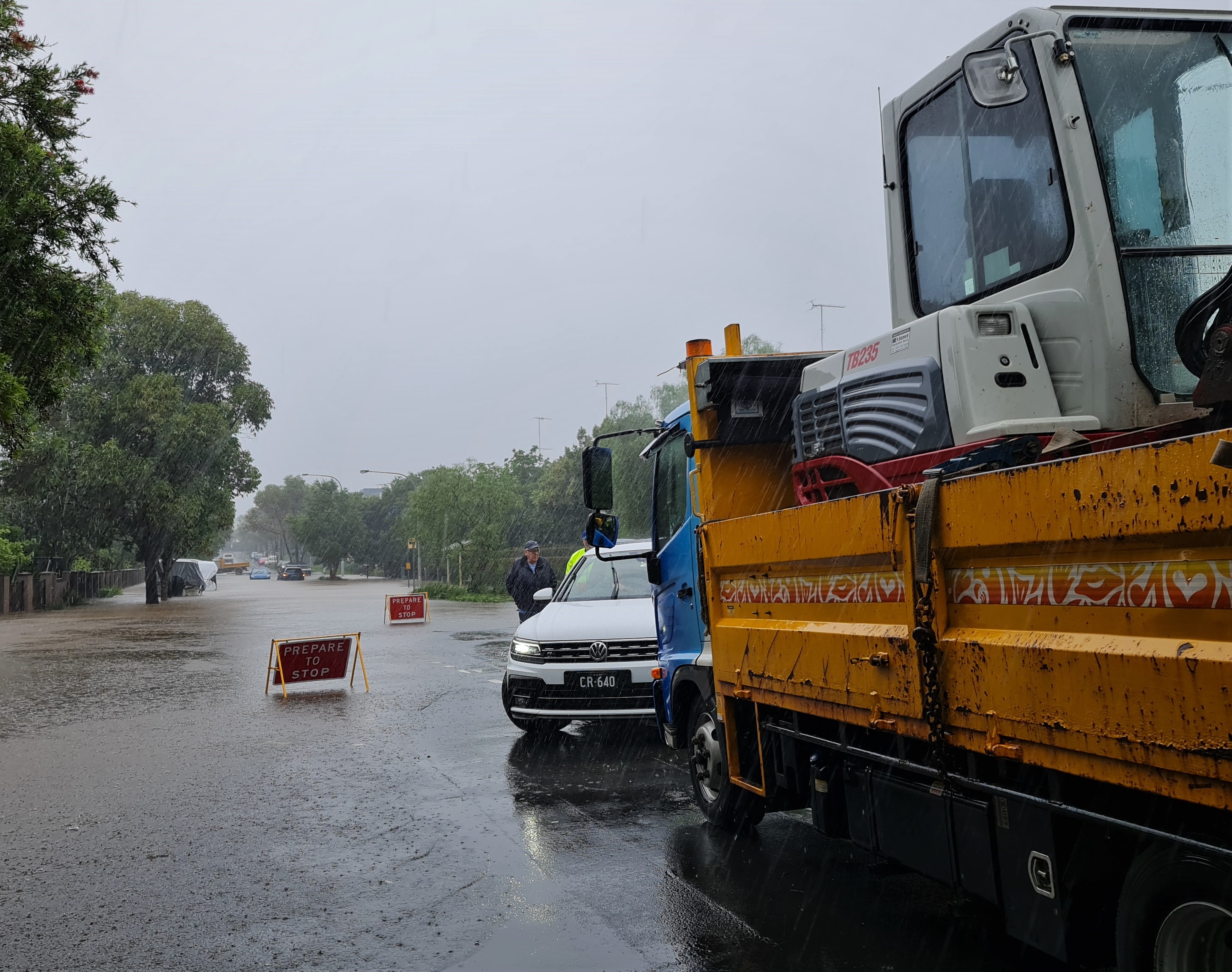 On Friday December 16th 2022 the NSW Liberal -National government announced Michael Cassel has been appointed as the acting CEO of the NSW Reconstruction Authority, which has been formally established as part of the NSW Government’s response to the Flood Inquiry.

Mr Cassel is currently the Secretary of the Department of Planning and Environment and prior to that had held a variety of roles as a senior executive with over 30 years of experience in real estate, construction, including Project Director / Senior Development Manager with Lend Lease Developments during which he led the Jackson’s Landing urban renewal program in Pyrmont NSW and managed the rollout of 50% of the Tasmanian Governments Social Housing program funded under the Commonwealth Government GFC economic stimulus program.

The Authority will be the key agency to support communities to rebuild and recover quicker and help to build greater resilience.

The NSW Reconstruction Authority Bill 2022 establishes and provides powers to the authority and sets out its functions and responsibilities. The authority, the Minister for Planning and Minister for Emergency Services and Resilience and the Minister for Flood Recovery will have a variety of powers. These include the ability to acquire land and carry out development on land and to enter into contracts.

The announcement also included a statement that Shane Fitzsimmons, the former NSW Rural Fire Service (RFS) commissioner who steered the state through the deadly Black Summer fires and was announced as the 2021 NSW Australian of the Year, has been dropped by the public service. Mr. Fitzsimmons contract was terminated under the provisions of the Government Sector Employment Act which states a senior executive can be sacked without notice. It is understood his last day as the head of the disaster response agency Resilience NSW occurred on the same day the announcement of the acting CEO of the NSW Reconstruction Authority was made.

The Flood Inquiry stated Resilience NSW, which Shane Fitzsimmons led, failed victims and should be dismantled. Mr Fitzsimmons said the inquiry's criticisms were unfair and not based on truth.

Formed in the wake of the 2019-2020 Bushfires Resilience NSW was created to lead whole-of-government disaster and emergency efforts from prevention right through to recovery.

Another Inquiry, the NSW Parliament upper house Select Committee on the Response to Major Flooding across New South Wales in 2022 found the NSW Government failed to comprehend the scale of the floods and treated the disaster response as a “nine to five” business operation.

“We’re not a 24-hour organisation. We don’t have thousands of personnel,” Mr. Fitzsimmons told that Inquiry,  “We’re active and engaged but we’re only a couple of hundred people. We don’t have the scale or resourcing during the response phase of these events.”

''With respect to the NSW SES, the centralisation of the organisation and a shortage of volunteers significantly hindered the ability of the agency to lead the emergency response. The SES’s failures found many community members feeling that they had no choice but to conduct their own rescues in dangerous conditions as many calls for assistance to 000 and the NSW SES went answered. '' Committee Chair and Shadow Minister for the North Coast, the Hon Walt Secord MLC said

“The stories we heard from local residents from the Northern Rivers and Hawkesbury regions made it clear that the NSW Government was woefully unprepared and lacked the required leadership and coordination to respond to a natural disaster of this magnitude.''

The SES was deployed to more than 2,200 flood rescues and responded to over 33,400 requests for help, with more than 5,600 staff and volunteers involved in the rescue efforts. However, this still wasn't enough given the scale and broad reach of those February and March 2022 floods with so many communities impacted right along the east coast of NSW  and resources, volunteers and equipment supplies inadequate to meet demand.

The premise for the establishment of the Authority came from Lismore MP Janelle Saffin. Ms Saffin stated the now-dismantled Resilience NSW, didn't have the necessary powers it needed, it couldn't, for instance, call in the army and its resources to help, and the state would be better off with a model based on the Queensland Reconstruction Authority.

"I think this shows a complete lack of foresight, the government has effectively sacked the nation's most experienced emergency management leader at the worst possible time, especially given we're in our third La Niña event .’’ Mr. Dib has stated

‘’So, heading into bushfire season and still dealing with floods, the Government sacks the head of a lead support agency before they have even set up a replacement one? Seriously, this is back-to-front and impractical thinking at the worst possible time.’’ Mr. Dib said

Minister for Planning and Minister for Homes Anthony Roberts said the Authority would focus on better preparing NSW communities against future disasters and building more resilient places that will protect lives and property.

“Michael Cassel is the right choice to start setting up the Authority, which will build on the work done by Resilience NSW to date. Mr Cassel’s proven ability to achieve outcomes that meet the communities expectations and build consensus is well documented,” Mr Roberts has said.

“He led the NSW Government’s social housing agency through a significant change period, and more recently has led the refocusing of the Planning cluster during a time of increased pressure on the system.

“The Authority’s remit represents a new and unique alignment between disaster and strategic planning, which does not currently exist. This new alignment will be an integral part of how we design our future cities and respond to the increased challenges in existing areas.”

Minister for Emergency Services and Resilience and Minister for Flood Recovery Stephanie Cooke said establishing the Reconstruction Authority marks a new approach to natural disaster preparedness and recovery in NSW.

“While our emergency services organisations continue to lead the response to natural disasters, the new Reconstruction Authority will focus on the crucial tasks of long-term rebuilding and risk mitigation,” Ms Cooke said.

“Resilience NSW staff, led by Commissioner Shane Fitzsimmons, have worked incredibly hard this year to support flood-impacted communities across our State. Commissioner Fitzsimmons has worked tirelessly for the people of NSW for more than 30 years, and I want to sincerely thank him and his entire team for their work.

“There will be ongoing support for Resilience NSW staff throughout the transition process. The ongoing flood recovery across the State remains our top priority and we won’t stop working to make sure communities get back on their feet.”

The NSW Government states it is working to transition Resilience NSW’s functions, staff and budgets in a way that will maximise the Government’s response and recovery capability in the current storm season.

Although the key focus is those areas such as the Northern Rivers regions, everywhere else it floods every time it rains too hard or for too long is under the NSW Reconstruction Authority, including flood-prone local areas in Narrabeen, Warriewood, Newport, Avalon and flood prone areas in western Sydney or along the Hawkesbury River.

Section 12 further states that ''given the nature of the disaster or likely disaster, and its direct or indirect effect on the specified land, carrying out the development immediately is appropriate in the circumstances, and the development will not involve clearing native vegetation or will involve clearing native vegetation only to the minimum extent necessary, or the Authority is satisfied the specified land is not in a part of the State that has been, or is likely to be, directly affected by a disaster but the development is a direct response to the disaster or likely disaster, and cites as an example— 'development for the purposes of residential accommodation to house residents who have been displaced by a disaster'.

This will include developing land within national parks, protected marine areas or land subject to native title claims, so long as the development is ''necessary and appropriate''. This will also include the habitat of threatened or critically endangered species, alike what the state government is pushing through in western Sydney koala habitat lands along with what is left of Cumberland wood plain lands.

The authority will be able to do anything that is "supplementary, incidental or consequential" to these functions and the CEO will be able to take whatever steps they deem "necessary or desirable". 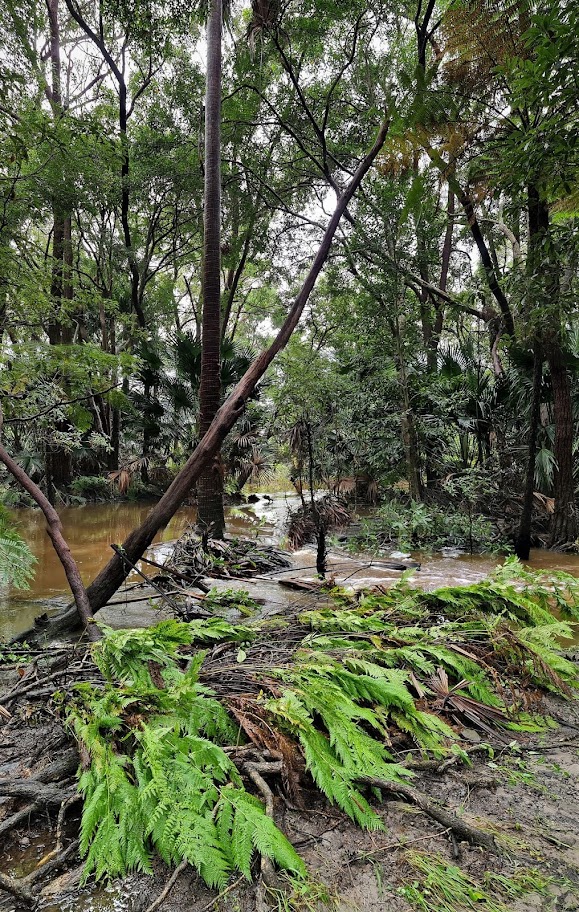 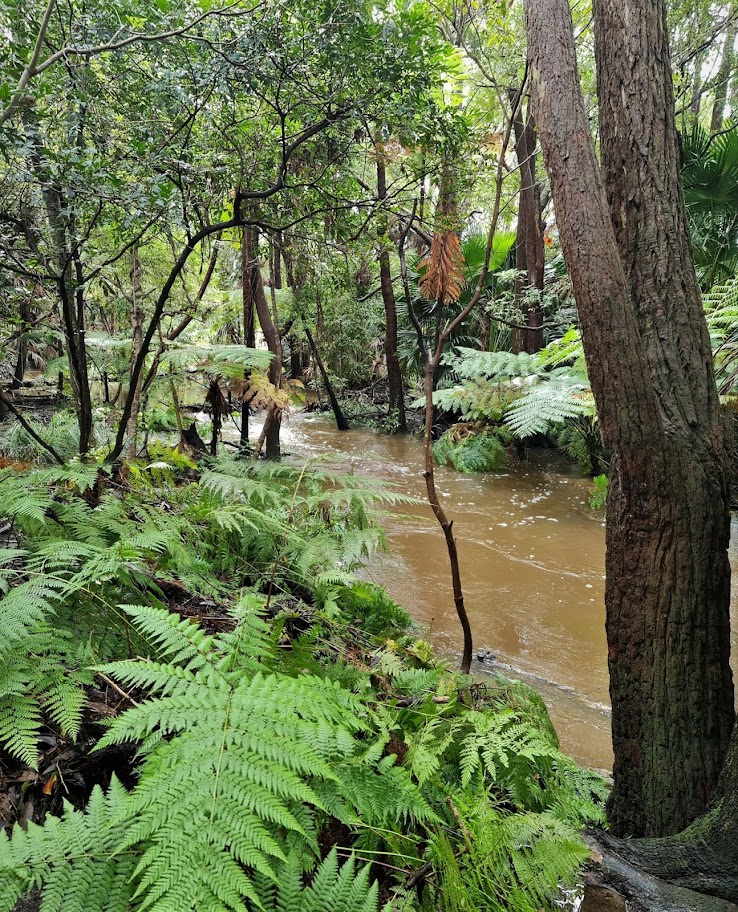 The NSW Reconstruction Authority is now responsible for facilitating disaster prevention, preparedness, recovery, reconstruction, and adaptation to the effects of natural disasters in NSW.

The authority’s responsibilities include:

Given the December 5th 2022 announcement of Rezoning Pathways Program, wherein the NSW Government announced it would sideline councils and communities from assessing new major housing developments, everywhere it floods locally, or where there is land a Developer has plans to develop, can be without community or council consultation.

Ingleside is still being put forward in a proposal for 1000 dwellings by property developers, with a plan for this to be 'approved' prior to the 2023 state election, while the NSW Department of Plannings' narrative around the MLALC development proposals for local bushland has not changed since first mooted in February 2022.

Under the Rezoning Pathways Program, developers can nominate rezoning proposals for more than 1,000 dwellings on sites in metropolitan NSW and at least 300 dwellings in regional NSW. These proposals would bypass councils and instead be assessed by the state’s planning department.
Despite the major implications of the scheme, the NSW Government has failed to detail how local provisions will be considered when these residential developments are assessed and what community consultation, if any, will occur.
LGNSW President Darriea Turley AM said the new program was the latest example of the NSW Government cosying up to property developers at the expense of councils and the communities they represent.
“The changes that are being proposed here would affect every council area in the state. It also brings into question what, if any, consideration will be given to existing local plans and policies when major housing developments are being assessed," Cr Turley said.
“By removing council input and community consultation on these major developments, the government is essentially removing the safeguards that protect communities from inappropriate and ad hoc development.”
Cr Turley questioned whether the NSW Government was being genuine when it badged the new program as a way of unlocking new homes faster.
“This government is quick to blame delays on councils. Yet it is well established that the overwhelming cause of delays stem from infrastructure delivery issues and other hold ups from a multitude of government agencies,” Cr Turley said.
“A few years ago, the NSW Government took development application powers off Sydney councils and introduced mandatory local planning panels. The argument was that councillors should focus on strategic planning rather than on individual development applications.
“Now with this latest announcement, the government is coming after the strategic planning as well.
LGNSW stated Property developers have been gifted an early Christmas present after the NSW Government announced it would sideline councils and communities from assessing new major housing developments.