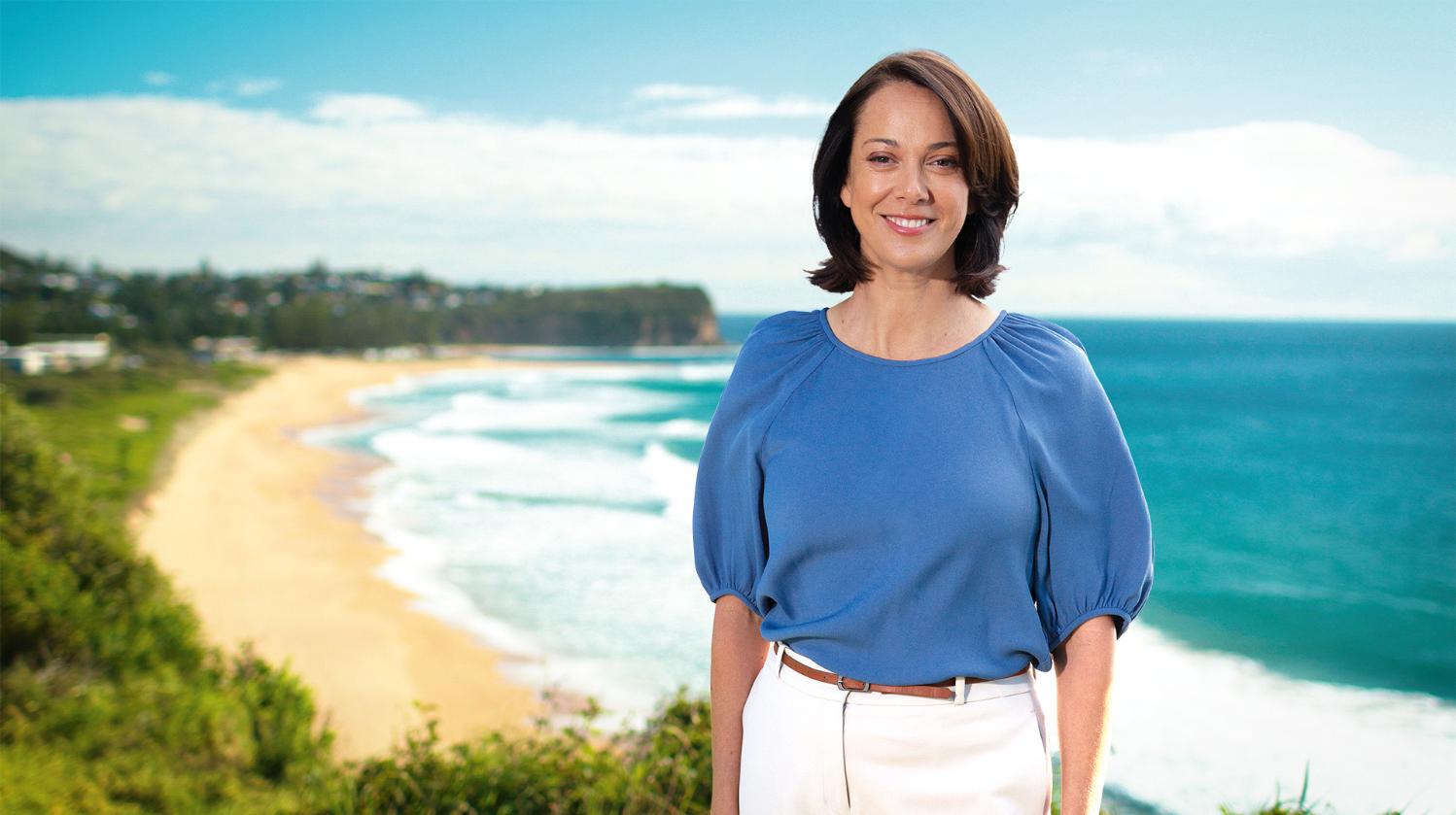 Postal votes have yet to be added and no seat will be formally Declared yet.

It is the first time the seat has been won by an Independent since its creation in 1949, although Bill Wentworth did leave the Liberal Party to become an Independent as the first Member for Mackellar towards his last term in office.

The Seat of Mackellar is one of 9 where Independents lead which include Clark, Fowler, Goldstein, Indi, Kooyong, North Sydney, Warringah and Wentworth and by morning the Seat of Curtin in W.A. may have been won by Independent Kate Chaney who led 52.47% to Liberal candidate Celia Hammond’s 47.51% at 2am AEST with 98% of the vote counted.

The seat of Clark in Tasmania, retained by Independent Andrew Wilkie, is the only man among these representatives.

Fowler has been won by Independent Dai Le. Ms Le is a Vietnamese refugee who has lived and worked in Fairfield since she arrived in Australia. She had spent a decade on local council and was Deputy Mayor of Fairfield City Council before standing for the seat of Fowler so the community would have a local candidate. Goldstein, named after Vida Goldstein, an early feminist parliamentary candidate who contested five separate elections within the first two decades after Federation, has been won by Independent Zoe Daniel. Indi has returned Helen Haines, her second term, Kooyong has been won by Dr Monique Ryan, North Sydney by Zoe Daniel, Warringah returned Zali Steggall with 62.03% of the vote, also her second term, and Wentworth has been claimed by Allegra Spender, who had 56.74% of the vote at 2am.

''I am beyond proud to be your representative Mackellar, and I look forward to bringing our voice and our policies to the table in Canberra.

From the bottom of my heart THANK YOU to everyone who has taken part in this campaign, for all the hours listening to the community, for the millions of steps taken as you pounded the pavement in search of a better way forward for us all, for the families of team Sophie who supported us at home, to the hundreds of volunteers who took part in banner waves, door knocking, polling booths and street listeners. Everyone has played their part and I am forever grateful you believed in me to be your voice. This has been the community’s campaign, and you have achieved what was needed - change.

The hard work starts now. Let’s do this together Mackellar.'' 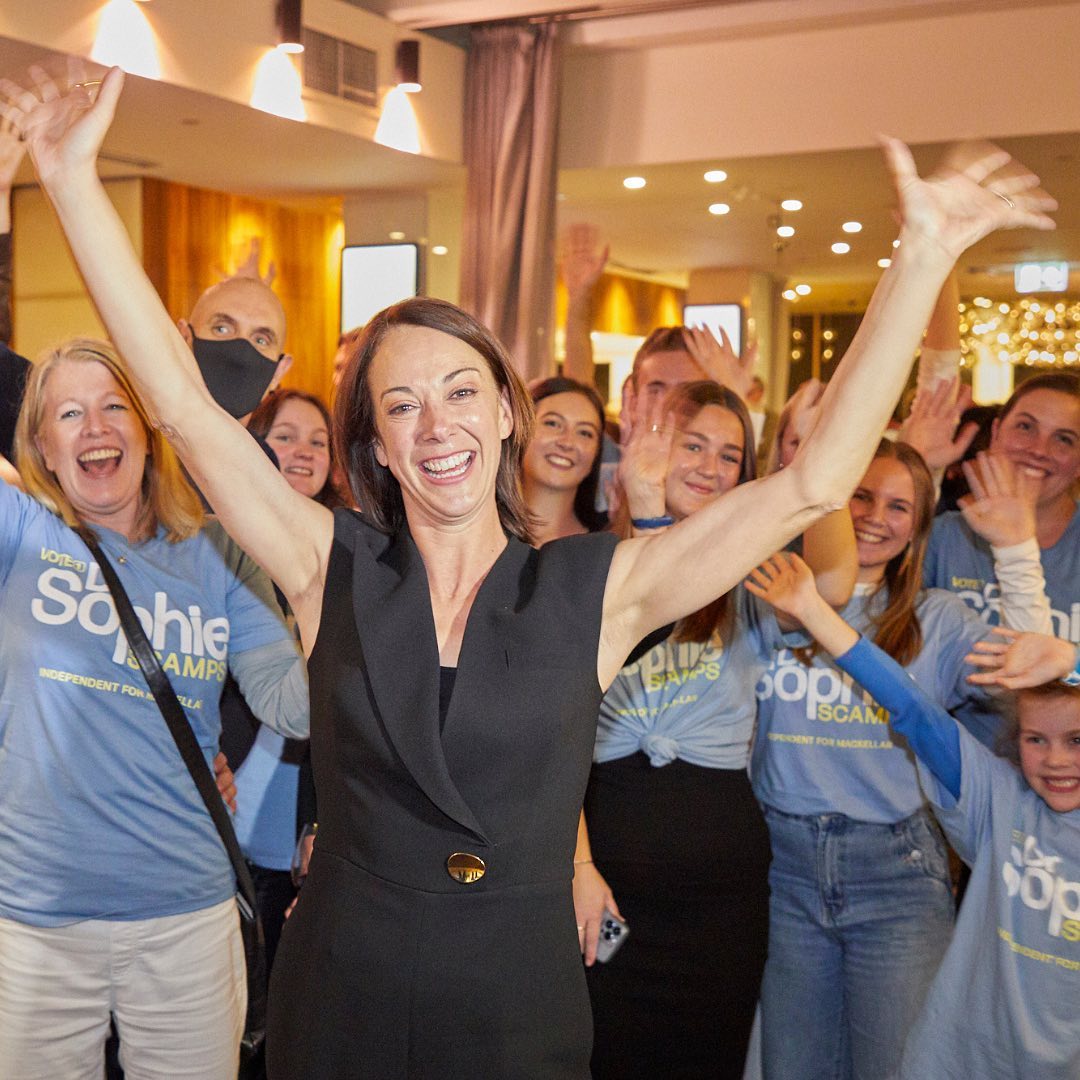 ‘’Thank you Warringah! History in the making tonight. Positive, inclusive, community-driven change - here, and around Australia. A new positive wave of politics where we rise to our big challenges and big opportunities. My heart is full. ‘’

Ms Steggall said Australia now needed to “think past the idea of a political party”.

“The fact is that I think the crossbench can work collaboratively really well with both sides of politics,” she said. “It is a real moment for the major parties to rethink the arrogance that they don’t have to consult with communities anymore.” 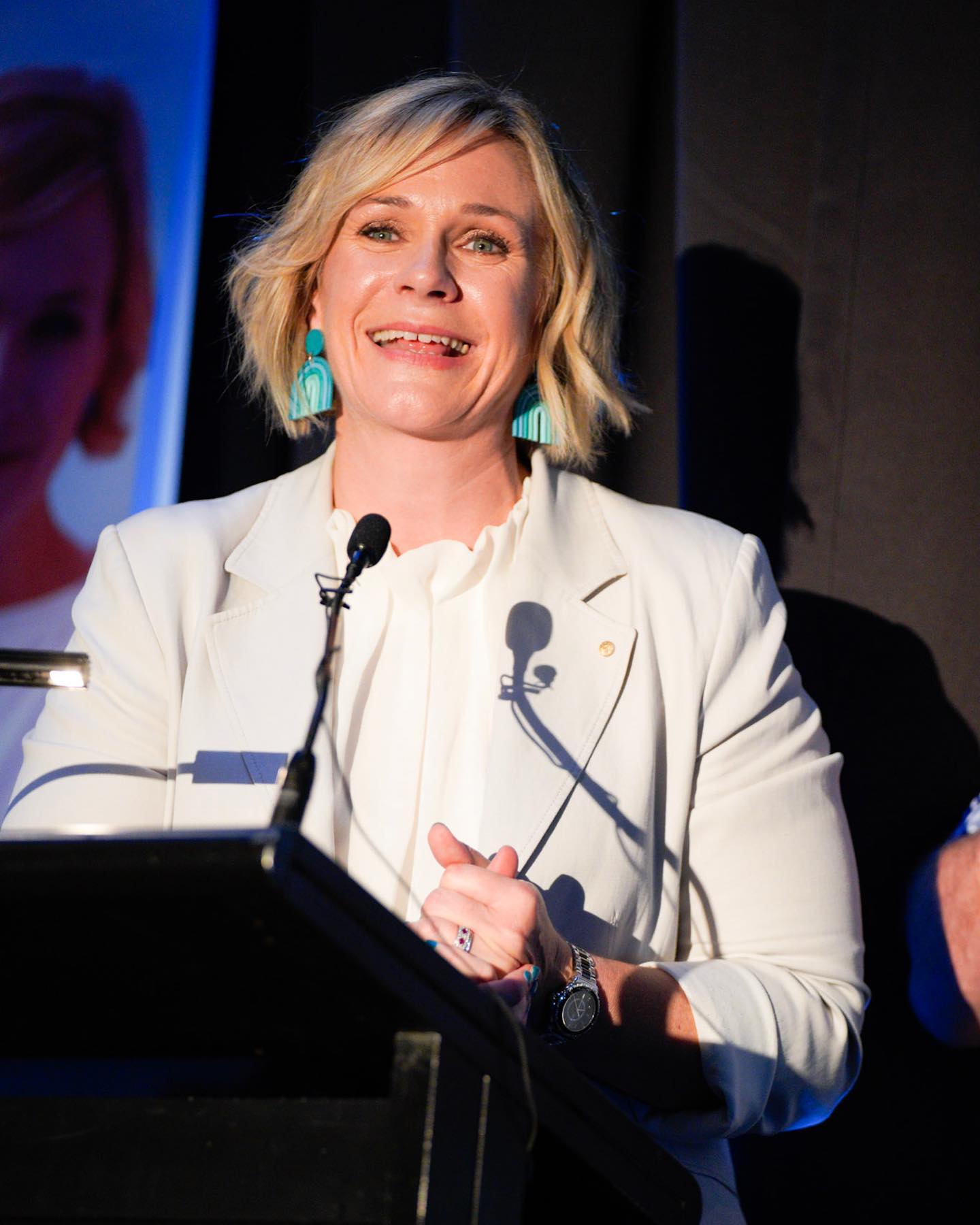 Dr. Scamps also thanked all the community members who had made this possible and looks forward to 'taking true Mackellar representation to Canberra'.

Dr. Scamps said on addressing the climate crisis during the past five weeks:

‘’Climate change is not only an environmental issue. It is also an economic, health and national security issue. It presents grave risk, but also huge economic opportunities. If we act now, we can win by mitigating the risks and seizing the opportunities of a global clean energy boom. If we fail to act, the science could not be clearer. The recent IPCC Sixth Assessment Report indicates Australia's ecosystems, supply chains, infrastructure and our own adaptability are at extreme risk from the impacts of climate change. It will affect the air we breathe, the water we drink and swim in, and the way of life enjoyed by generations of Australians.’’

‘’ I am calling for at least a 50% cut in climate pollution by 2030. This target is in line with the science, the ambitions of our states and territories, and what is being called for by the Business Council of Australia and the Australian Industry Group.

The World Health Organization (WHO) and the Australian Medical Association (AMA) recognise climate change as one of the biggest threats to human health. As a GP I’ve seen the impacts of climate change on my patients. The smoke which blanketed Sydney during the Black Summer bushfires led to an increase in both cardiac and respiratory illness with many asthmatic people suffering. Climate anxiety is also causing mental health issues for many young Australians.''

On re-establishing accountability Dr. Scamps stated throughout her campaign;

‘’Over the last three years I, like most Australians, have looked on in horror and dismay as standards in Parliament have slipped to an embarrassing low. The current government has misused taxpayer money for party political rorts and pork barrelling on a scale like we have never seen before. During this period, we have also seen scandal after scandal in our parliament from the reprehensible treatment of women to Ministers acting as if acceptable standards of behaviour do not apply to them.

Australians have lost trust that their elected representatives have their best interests at heart. From the sports rorts saga, to the blatant waste and pork-barrelling of taxpayer funds in the commuter carpark scandal, it is clear we need independent authorities to oversee the use of taxpayer funds.

The influence of donors and lobbyists over our elected officials is also clear for all to see. We need to reform donation disclosure rules in Australia so we can be confident that our democracy isn’t being sold to the highest bidder. It's time to restore integrity and a sense of decency into politics and create a culture of accountability and trust in parliament. We need a series of connected reforms to stamp out corruption, level the playing field and end the practice of cash for access.’’

For many Mackellar voters Dr. Scamps' win, once confirmed, signals the start of a turn towards us saving ourselves through saving our planet. A collective sigh of relief was palpable last evening as the numbers came in. Car horns tooted across the valleys (several of them when going past the PON office) and happier voices could be heard joining outdoors in discussion; excited about the future.

A feeling of hope has returned to the electorate.

There are six NSW Senate vacancies for the 2022 Federal Election. Greens Senate Candidate David Shoebridge, who has been seen in our area throughout this campaign, also has his eyes set firmly on restoring integrity to Australian politics through the introduction of the now lapsed at the dissolution of parliament on April 11 National Integrity Commission Bill 2018 (No. 2). His stance on real action to mitigate the impacts of climate change, losing all our koalas, support for indigenous peoples and solutions to local problems such as the Wakehurst Parkway have also been part of his 'to do' list if elected.

Above the line vote for The Greens tally, as going to press, shows 246,161 ; while 720,362 was the tally for the Liberal/Nationals (Marise Payne) and Labor on 603,728 (Deborah O’Neill). The Greens had already secured seats held by the Liberal Party hours after the polls closed on May 21st.

The AEC Tally room had 69 seats for the Labor Party and 38 for the Liberal Party at 2am this morning and 74 for Labor and 47 for Liberal by 5am. Independents were confirmed as 10 at that time.

The 31st Prime Minister of Australia is Anthony Albanese.

By 8.30 pm Saturday night the Labor Party led by a clear margin.

At 11pm outgoing PM Scott Morrison made a speech conceding the Liberal Party had lost this election and that he would be stepping down as leader. 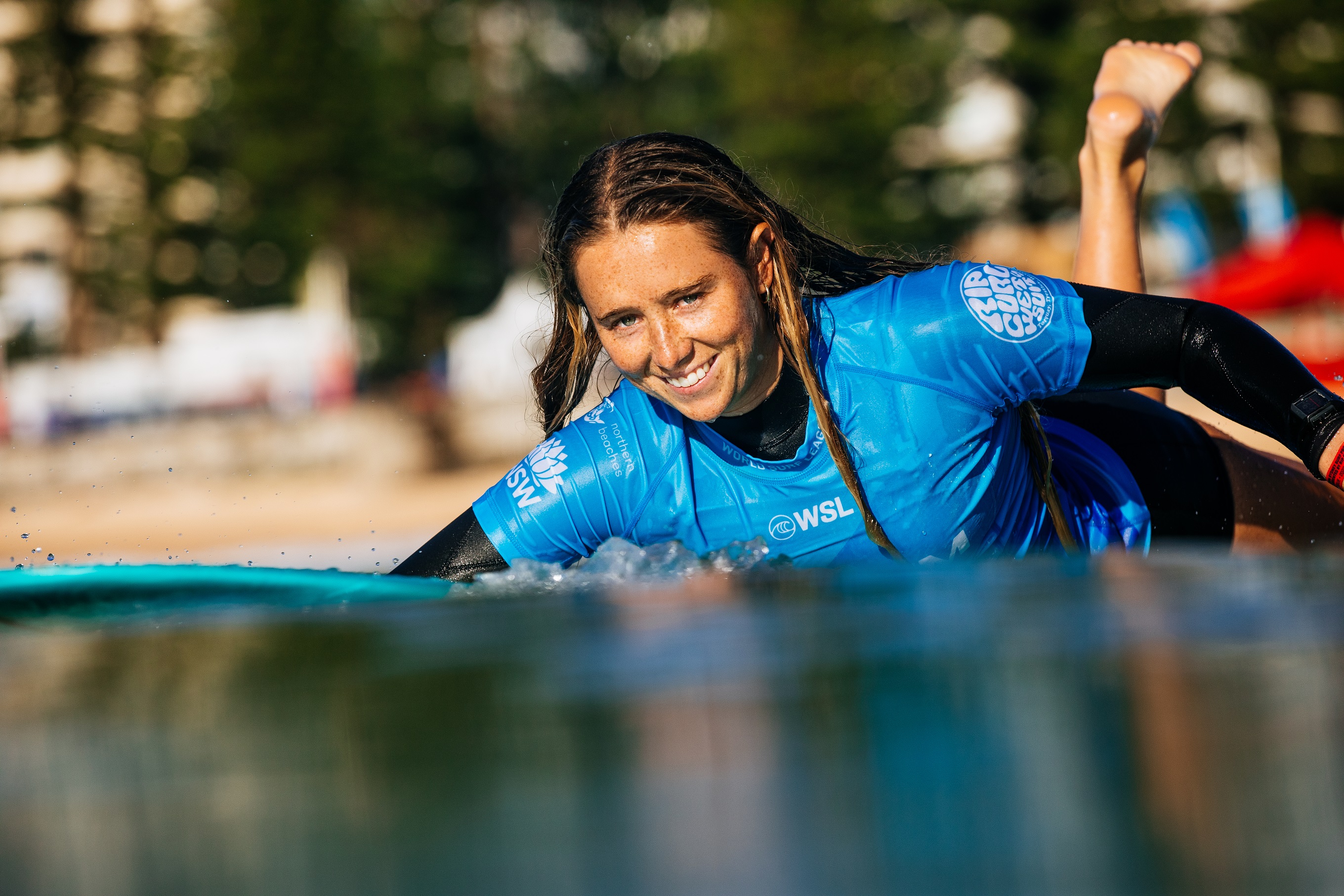 Pictured: Tully White (AUS) has been enjoying the water while competing at home here in Manly. Credits: © WSL / Cait Miers

The GWM Sydney Surf Pro presented by Rip Curl, the second stop of the 2022 World Surf League (WSL) Challenger Series (CS), commenced on Tuesday, May 17th at the iconic Manly Beach with over 150 of the world’s best up and coming surfers descending on Sydney for almost two weeks. The event will run from May 17 - 24 and play a major role in deciding the next crop of surfers who graduate to the elite level Championship Tour (CT).

Alongside the Challenger Series, the 2022 WSL Longboard Tour started Monday, May 16th at Manly. This will be the first of three stops this season, with the next two later this year in Huntington Beach, California, and Malibu, California. The world's most stylish longboarders will compete across the three competitions for a shot at the men's and women's 2022 Longboard World Titles.

The first two events of the season in Manly Beach and Huntington Beach will be worth up to 5,000 rankings points each, while the final event in Malibu, the Longboard World Championships, will award 10,000 points to the winners. The World Titles will be awarded to the highest-ranked woman and man based on their best two results out of the three events.

As a lead in to the Challenger Series event which began on Tuesday, almost 100 competitors turned out vying for WSL Pro Junior points as they look to lock in a spot at the 2022 World Surf League (WSL) World Junior Championships later this year. Finals day report by the WSL runs below.
Results, reports and photos in this Issue's Aquatics page as the GWM Sydney Surf Pro presented by Rip Curl at Manly progresses. 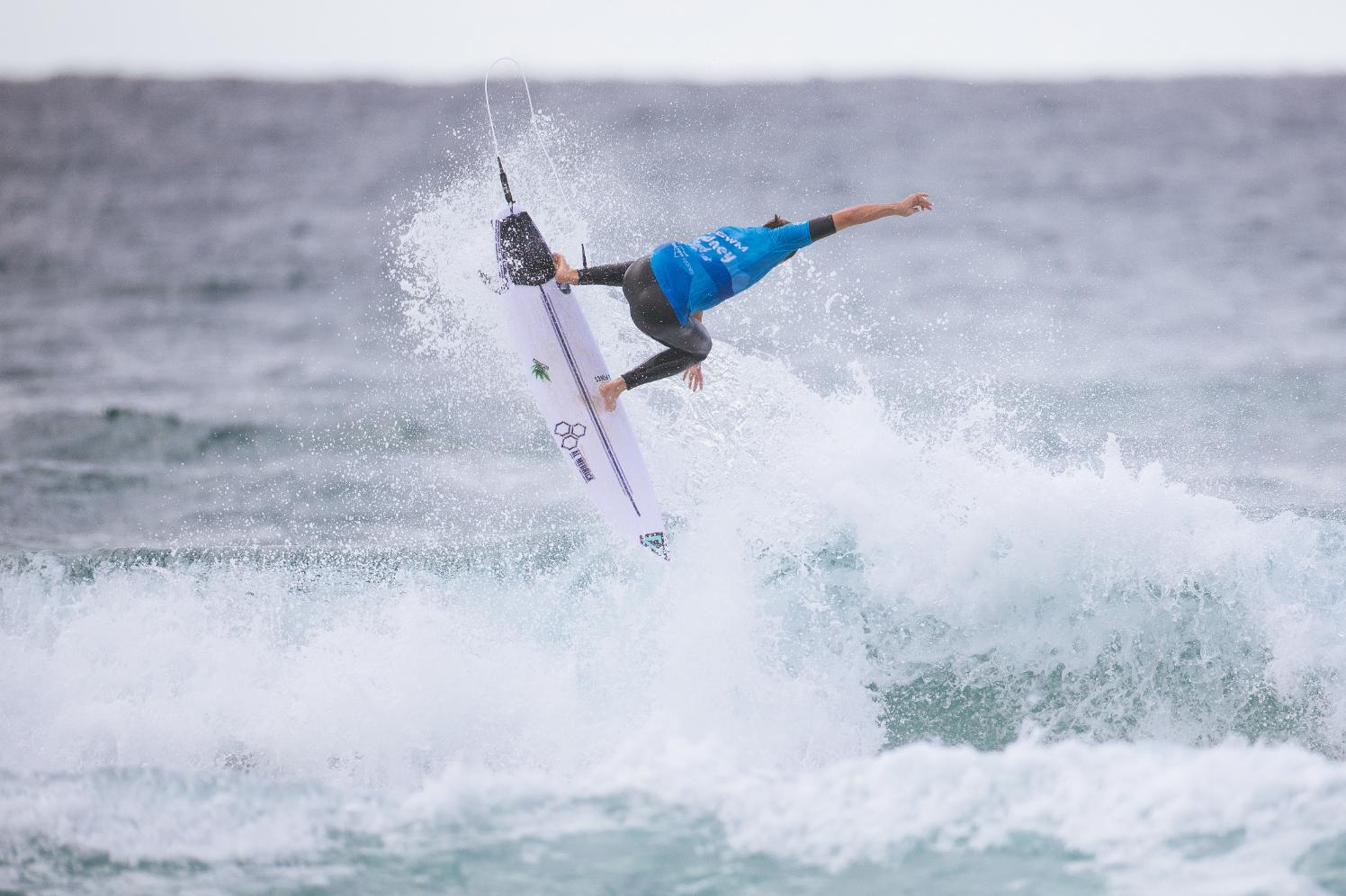 Opening Round Of 2022 IRB Premiership 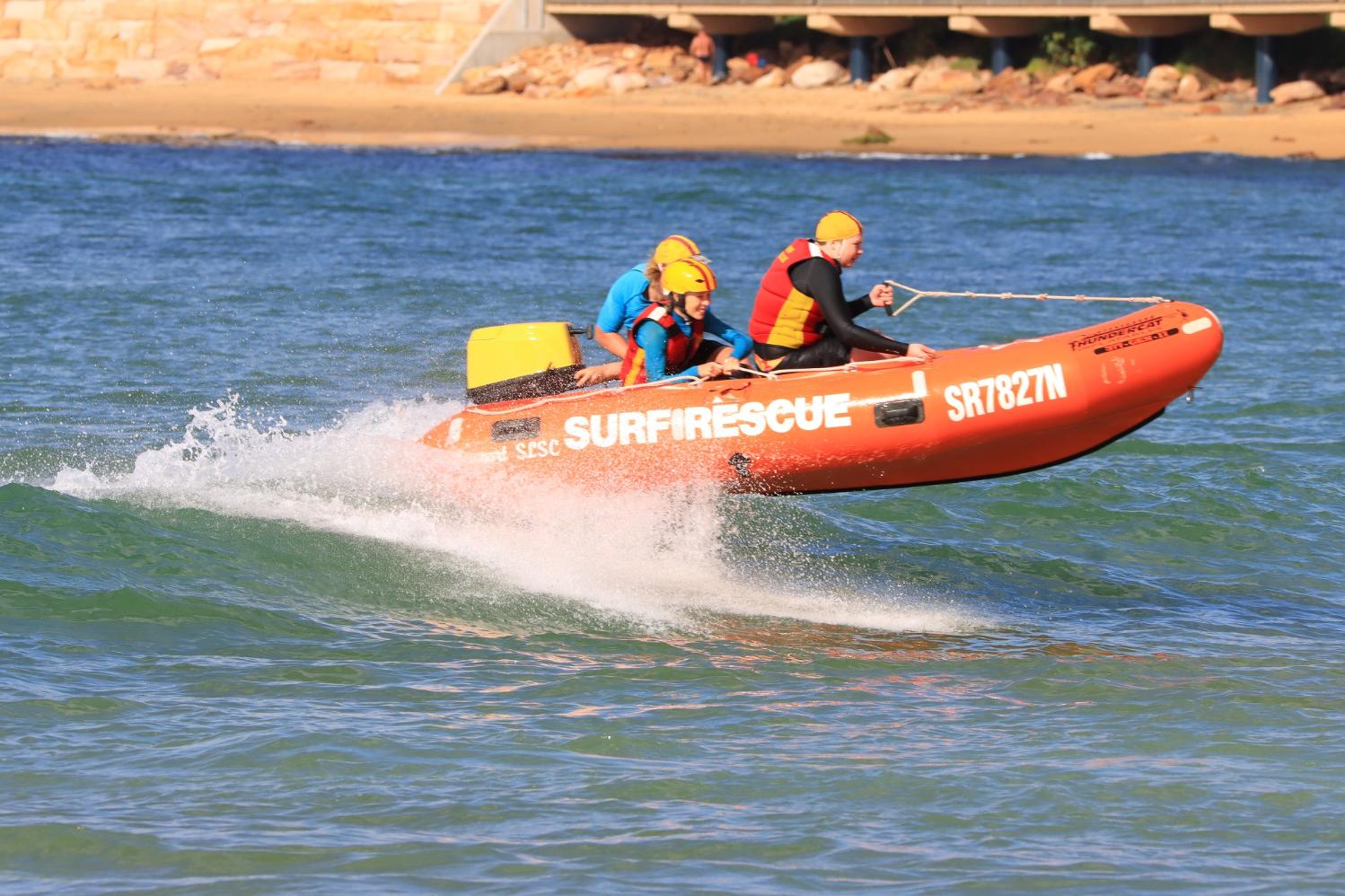 Newport in action in Round 1 of the 2022 IRB Premiership. Photo by Richard Black

Caves Beach SLSC flexed its muscles in a dominant display of Inflatable Rescue Boat (IRB) racing to take out Round 1 of the 2022 Sharkskin NSW IRB Premiership in Terrigal over the weekend of May 14-15, but defending champions Kiama Downs is nipping at their heels. 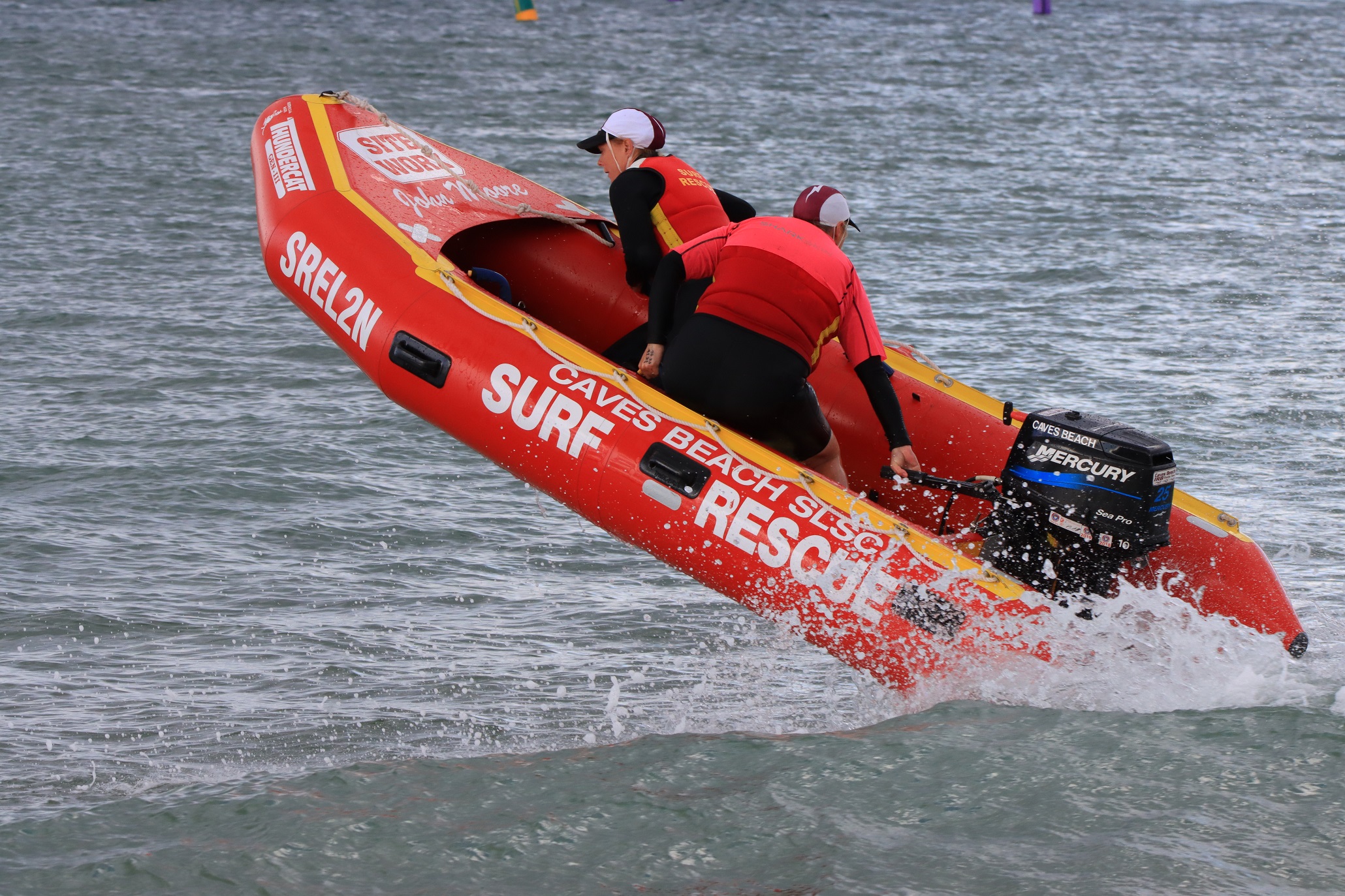 It will be a tight tussle at the top when Round 2 rolls around in a fortnight’s time at Bulli in the Illawarra, with just 15 points separating the two clubs.

Newport SLSC rounded out the top three, sitting 30 points behind Kiama Downs on 83, while host club Terrigal are a further nine points adrift in fourth.

Competitors were met with tricky conditions across the two days of competition – unfamiliar territory for a Terrigal IRB leg traditionally known for calmer waters. Instead, a northerly swell sought to provide a stern test, while a blanket of fog added a further layer of difficulty in the opening hours of day one.

More in: Opening Round Of 2022 IRB Premiership 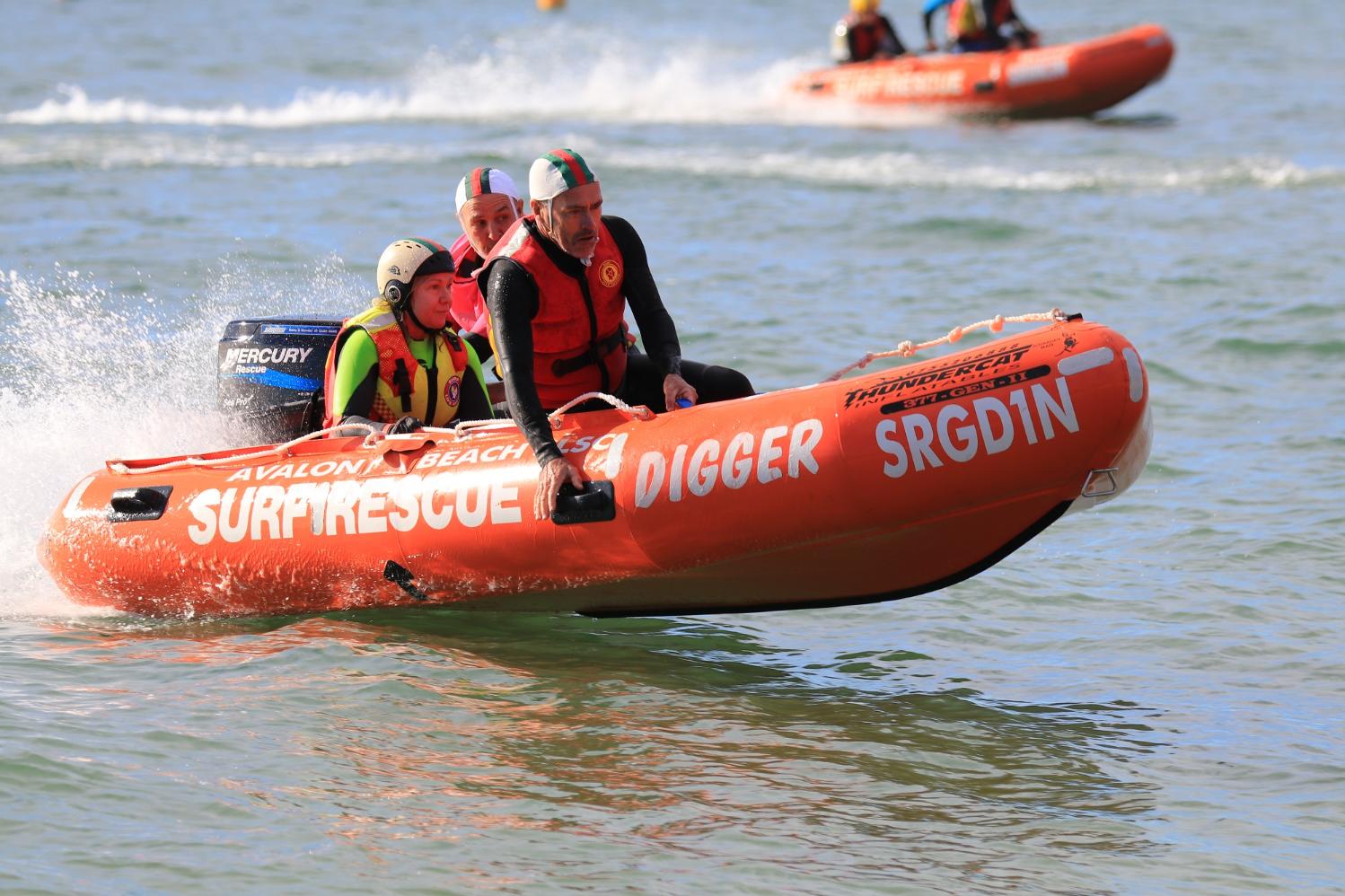 avalon Beach SLSC in Action during Round 1. Photo by Richard Black 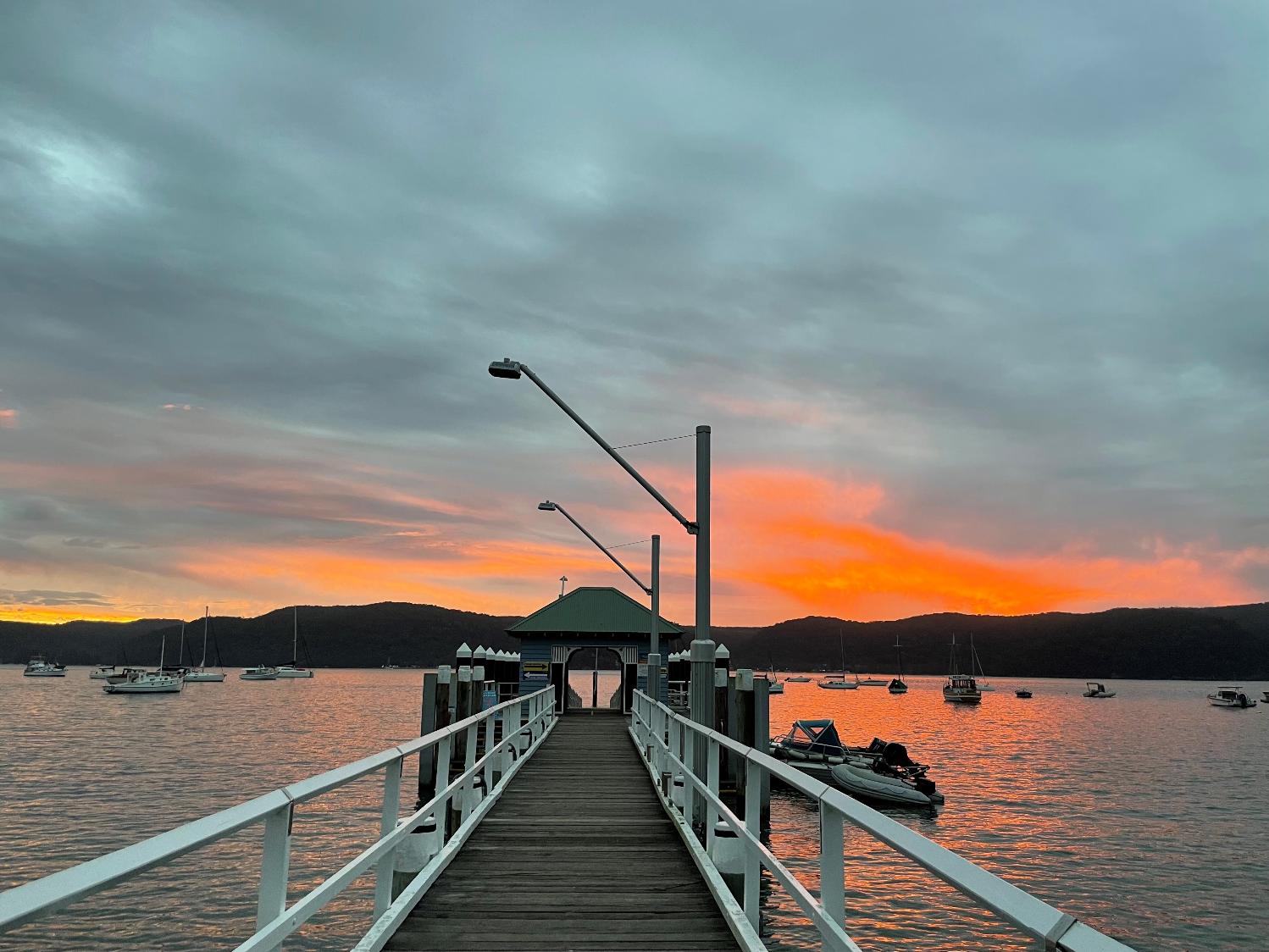