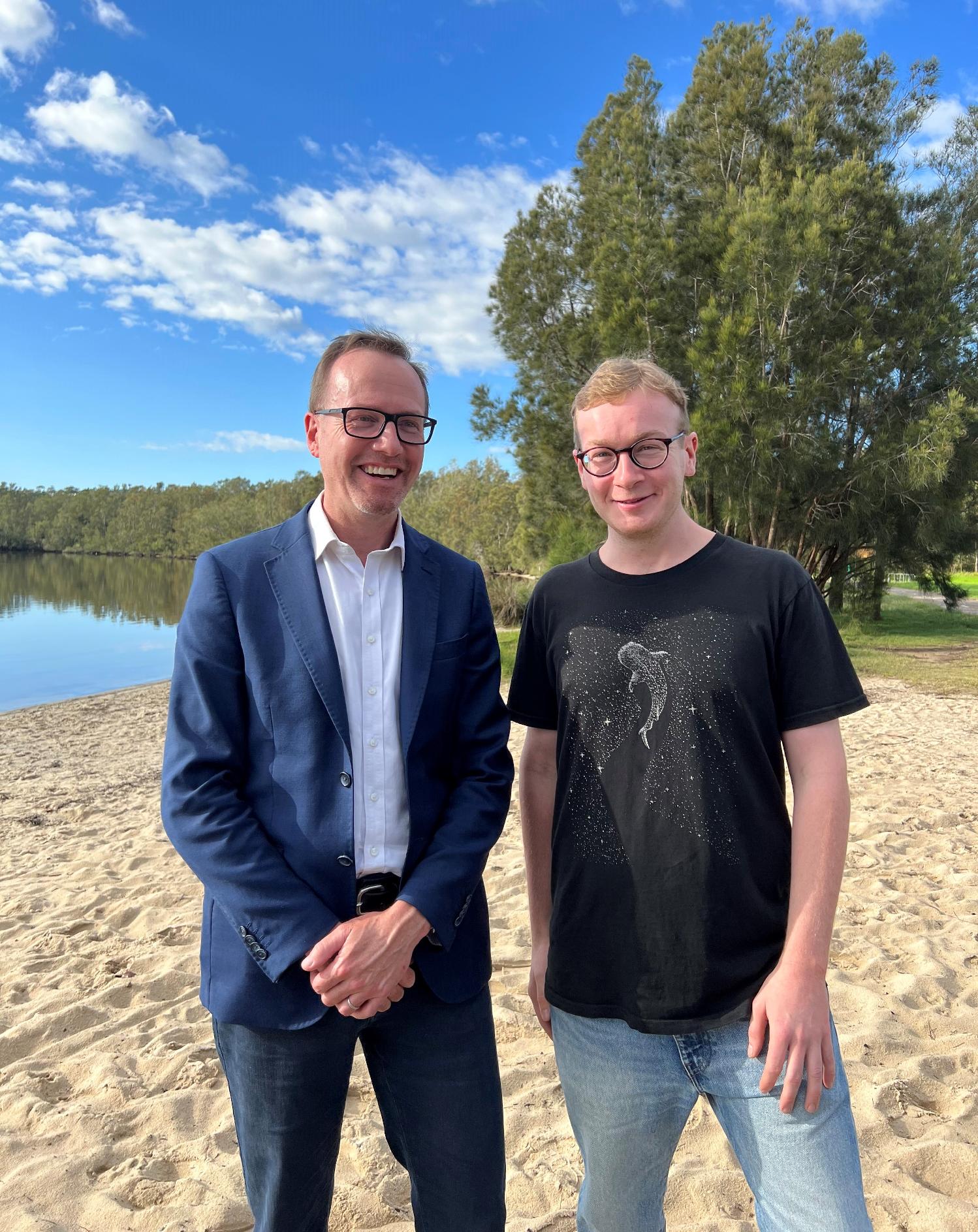 Mr Shoebridge, who was visiting Middle Creek Reserve along the Parkway on Friday morning, April 29, told supporters the bushland surrounding the road provides an insight into “what Sydney was, and what Sydney should be".

"The idea that the government would build a part-private hospital right at the top of it knowing that one of its major connections is a major flood risk, then spend $150 million of our money - public money - to widen part of the Wakehurst Parkway and not even deal with the flood risk,” Mr Shoebridge said at the event.

“You could not make this up! It's almost like they've got a war on nature.

"This is an extraordinary, Coalition-only solution, which does not fix the problem.

“In this election, what the Greens are saying is very clear: that federal money would be contingent on two things: firstly, protecting the ecological communities and minimising the ecological impact of any road project; and, secondly, fixing the flooding.

"You can only imagine the kind of chaos to commuters that is going to occur if the current plans go ahead. The idea that we'd be sitting in endless traffic, waiting for that construction to happen only at the end of it to be caught in the next flood, is kind of Australian politics written all over. That's what you get with the Morrison government, the Perrotet government: two years of congestion and destruction of nature, only to get stuck at the next flood because the project does not work.

"This is the first step in resistance to this project. When we get rid of the Morrison government, we get a minority government and the balance of power in the Senate, we need policy settings that are persuasive and based on evidence so we can see fundamental changes to this project which will prioritise nature, and prioritise flooding. That's the goal."

Mackellar MP Jason Falinski has promised $150 million, half from the federal government and half from the state, to widen Wakehurst Parkway to two lanes in both directions at Warringah Road.

"In reality, this was the worst spot to put a road,” Mr Walsh said.

“The area naturally should flood, should be sandy, and these sands should shift. It's a dynamic system, constantly shifting and reforming. By putting a road in, we've attempted to capture it at a point of time, to fix this process. As a result, you've got flooding here now, which should happen, but partly is also a result of the road.

"It [current Mackellar MP Jason Falinski's plan] does nothing to address the flooding. In fact, it does exactly the opposite. By widening that section of the road from two lanes to four lanes, that is going to exacerbate the flooding by having more hard surfaces and less bush to soak it up.

"In a study of all the bushland throughout Sydney, this area along the Wakehurst Parkway was identified as being of extremely high conservation value. That's because it's home to many threatened species - up to 30 - including things such as the Koala, Swift Parrot, and White-eared Monarch (a type of bird)."

Greens candidate for Mackellar Ethan Hrnjak said flooding on the Wakehurst Parkway has long been a problem, particularly since the unpopular closure of acute services at Mona Vale Hospital - with the parkway providing the fastest route from Pittwater to the nearest emergency department at Northern Beaches Hospital.

“The need for fast and reliable access was obvious from the start,” Mr Hrnjak said.

“A massive concrete freeway through a significant wildlife corridor and one of the most richly biodiverse places in Sydney, will wreak havoc on the (Narrabeen) lagoon and all the amazing wildlife.

“The Greens are calling for environmentally sensitive upgrades for the Parkway that actually resolve the flooding issues.

“For years, The Greens have been leading the call for climate preparedness and longer term infrastructure investment. We need to discuss other solutions to the flooding issues - such as raising the road using prefabricated causeways, or building bridges at critical points. If the road were elevated by bridges, animals could move through underneath.

“The public deserves to know the cost of doing the floodproofing properly.”

David Shoebridge: '... speaking with Ethan Hrnjak, Greens Candidate for Mackellar and President of Surfrider Foundation Australia Brendan Donohoe about the appalling destruction of our beaches, bushland, and public spaces through poor planning and policy decisions, exemplified here at the Narrabeen-Collaroy seawall.'

Collaroy seawall in January - showing where sand was eroded during storms