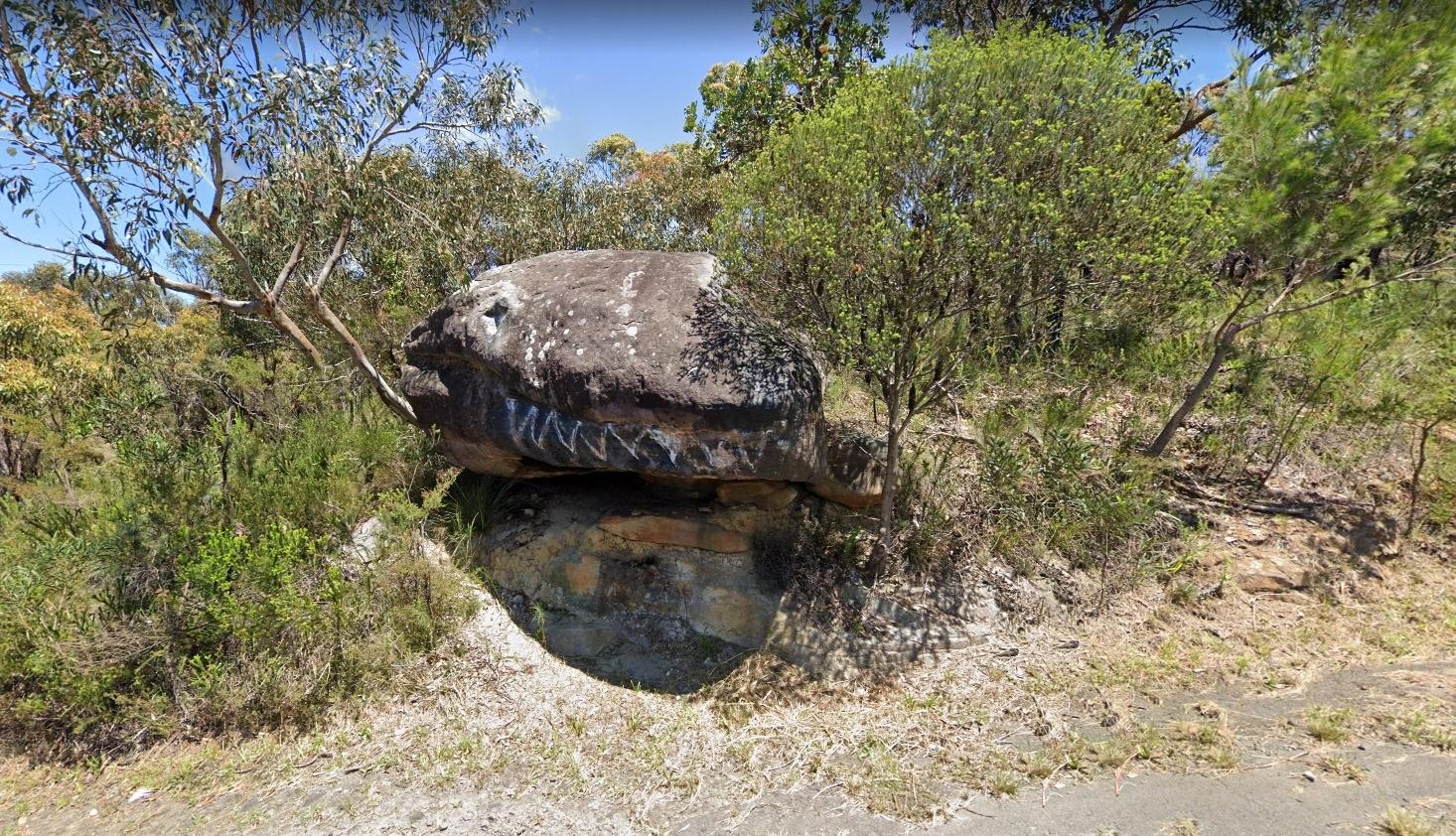 Six sites owned by the Metropolitan Local Aboriginal Land Council (MLALC) in the Northern Beaches have been included in the State Environmental Planning Policy (Planning Systems) 2021.

The Northern Beaches Aboriginal Land Development Delivery Plan (DDP) has also been approved by the Minister for Planning and Homes, Anthony Roberts.

The DDP addresses the opportunities and constraints associated with future development of the 6 sites.

These decisions do not approve development on the sites.

The release of these plans is the first step to allow consideration of planning proposals or development applications (DAs), which will involve further community consultation.

These decisions will allow planning proposals for the sites to be independently reviewed by the North District Local Planning Panel.

The SEPP amendment and draft DDP were exhibited for public comment from 7 February to 21 March 2022.

Readers can find out how the Department of Planning responded to these issues by reading the Independent Planning Review and the Department’s Finalisation Report.

The Independent Planning Review was authored by WSP, also tasked with delivering Land iQ, a digital tool that will support the Department of Planning in its alignment with the New South Wales (NSW) Government’s Strategic Land and Property Framework (SLPF).

Announced on July 28th 2022, and stated to be 'Integral for future planning', LandiQ will allow users to identify suitable sites for land evaluation or developments using multi criteria search across the 8 million lots and properties in the state. The tool will also let users create, share and evaluate land use scenarios using a standardised typology approach for rapid assessment of how different land uses perform against each other and impact the surroundings. It will further support agencies to understand state and local context through geocentric analysis and identify opportunities to implement strategic plans.

The statement from the Department of Planning regarding the Northern Beaches Aboriginal Land Development Delivery Plan (DDP) reads ''Specific feedback on individual sites will be addressed in further detailed studies for future planning proposals.''

''We continue to work with the MLALC and consult with Northern Beaches Council on planning for the sites.''

You can find out more about the Northern Beaches Aboriginal Land DDP and the SEPP amendment on the Department of Planning webpage and view the final documents on their planning portal webpage at:

The MLALC owns significant amount of land totalling approximately 912ha across 25 LGAs including 621ha in the Northern Beaches LGA.

None of the other sites were, at the finalising of the Independent Planning Review document by WSP, as yet authorised for land dealing by members of the MLALC.

A planning proposal would be required to facilitate development in five of the six identified sites.

One site (Paxton Road) does not require a planning proposal to change the existing planning controls and a development application could be prepared for this site in the future.

Any development proposal (planning proposal or development application) would need to meet the legislative assessment and consultation processes that apply to all development in NSW.

The Lizard Rock site has the highest priority with a planning proposal that can be prepared in the short-term (1-2 years), while 5 sites are recognised for development potential in the medium term (2-5 years) and 2 sites are considered to have biodiversity potential.

The majority (76%) of respondents raised concerns about the project’s impact upon the biodiversity of the area.

The feedback via the Independent Planning Review document states 'where there are acceptable and unavoidable impacts on biodiversity, biodiversity offsets under the Biodiversity Offsets Scheme (BOS) may be required under the Biodiversity Conservation Act 2016 (BC Act)', a mechanism that has proven to be rife with problems and still doesn't answer residents concerns that destroying habitat and bush here is not compensated by the Biodiversity Offsets Scheme - there simply isn't enough bush left in the area to destroy - and applying these elsewhere across the state does not help the wildlife already resident in those areas.

Any significant impacts to nationally and internationally important flora, fauna, ecological communities and heritage places—defined in the Environment Protection and Biodiversity Conservation Act, 1999 (EPBC Act) as matters of national environmental significance, will require a referral to the Commonwealth Department of Agriculture Water and Environment.

Local council biodiversity protection requirements in the LEP and DCP would also apply at the DA stage.

Concerns about the impacts of bushfire were also raised by respondents, and had formed the basis of previous processes for one site between 2014 and 2019 where a plan for residential development at Ralston Ave was refused multiple times including by Gateway and finally by the Independent Planning Commission in January 2019.

The development was refused on a number of grounds:

In the words of one resident:

“With regard to Site 9 Ralston Ave, it is only 3 years since a previous Planning Proposal by the MLALC  was refused in January 2019 by the NSW state Government Independent Planning Commission. The current proposal (industrial) is on the same footprint as the previous proposal (residential).The constraints determined by the IPC in consultation with many relevant Government Departments, Consultants, and the proponent, will apply to any other development proposal on the proposed development area. The application for the previous Planning Proposal was made in 2014. Over this 5 year period the community was placed under stress with concerns and make many submissions to show that development of this site was not in the public interest. Why should the community be placed in the same situation only 3 years after a refusal by the highest State Government Planning decision authority?”

The Lizard Rock site and other sites included in this proposed SEPP Amendment and DDP were designated as Deferred Areas of Non-Urban Land.

Residents, including Member for Davidson Jonathan O'Dea, have stated these should be considered in the new local Environmental Plan which Northern Beaches Council are developing and will be available as a Draft LEP at the end of 2022.

In March 2022 Minister for Planning and Homes, Anthony Roberts told an Urban Development Institute of Australia lunch in Sydney, “There have been some great policy reforms but there comes a stage when the rubber has got to hit the road, and that means putting aside some of those policy reforms and ideas to provide certainty to the industry.” he stated.

Mr Roberts, a former planning minister who returned to the portfolio and replaced Rob Stokes late last year, indicated he may abandon the contentious Design and Place State Environmental Planning Policy at that point in time.
“We are just waiting on the final responses to that but from a personal point of view I detect that there are a lot of people who do not a have huge amount of support for it,” Mr Roberts said.
The 'lot of people' has been described as The Urban Taskforce Australia, the Property Council of Australia and the Urban Development Institute of Australia, who were all scathing of the SEPP, and those they represent, leading some industry and media commentators to state that ''the developers now been put in charge of our urban future''.

This was followed by an April 5th announcement by Minister for Planning, Anthony Roberts, that the Design and Place planning reforms would be stopped.

This was cited as an unequivocal step backwards for NSW according to the state’s peak environment group, the NSW Nature Conservation Council, as well as the Australian Institute of Architects NSW, the Total Environment Centre and the Better Planning Network.

The dumping by NSW Planning Minister, Anthony Roberts of policies to safeguard communities from urban heat; flood and fire; and to expand tree canopy and green spaces - to protect millions of residents from global warming, should be repudiated by candidates in the upcoming Federal Election according to NSW Groups.
Mr. Roberts issued Statement of that date, Aril 5th, reads:

The NSW Government will update the BASIX standards alongside a range of other initiatives to help deliver more quality and affordable homes in communities across the State.
Minister for Planning and Minister for Homes Anthony Roberts announced the changes today, which will develop best practice for liveable and resilient communities – focusing on quality subdivisions, streets and public spaces and achieve net zero targets.
“I have asked the department to proceed with BASIX updates to help people build homes that are more comfortable, save people money on their power bills and contribute to our net zero target,” Mr Roberts said.
“We want to make it easier to build quality, affordable homes – not harder. As I’ve said before, my focus is on changes that help us pave the way for more homes in liveable communities.
“We need to optimise land for homes while building communities that are sustainable and resilient.
“There are a number of policies already in place to build resilient communities that are designed to withstand the impact of climate change.”
These include a direction issued by the Minister for Planning and Homes to ensure natural hazards are thoroughly considered in decision-making on land-use, the Flood-Prone Land Policy, and the natural hazards toolkit for councils.
The NSW Government will also consider any further measures in this regard concerning land use planning from the independent inquiry into floods, currently being conducted by Professor Mary O’Kane AC and Michael Fuller APM.

Recommendations regarding land-use are due to the NSW Government on 30 June 2022.
Following extensive consultation with industry and stakeholder groups the NSW Government will not introduce the State Environmental Planning Policy for Design and Place.

As stated in Friday's announcement - 'These decisions will allow planning proposals for the sites to be independently reviewed by the North District Local Planning Panel'. The 'natural hazards toolkit for councils' would not, under that statement, be used.
The NSW Government Inquiry into Floods stated on its webpage, updated August 1st 2022, The Review will no longer provide an interim report on 30 June.
The 2020 NSW Bushfire Inquiry delivered its Final Report on July 31st of the same year.
Recommendation 27 was:

That Government commit to shifting to a strategic approach to planning for bush fire, and develop a new NSW Bush Fire Policy similar to the NSW Flood Prone Land Policy in order to accommodate changing climate conditions and the increasing likelihood of catastrophic bush fire conditions; to build greater resilience into both existing and future communities; and to decrease costs associated with recovery and rebuilding.

That Government, acknowledging that a strategic approach to planning for bush fire will take time, and in order to protect, prepare and build resilience into existing communities better, should immediately:

No statement had been issued by the Northern Beaches Council in regard to Friday's announcement from the NSW Department of Planning as this Issue was readied for publication.
Previously:
Tweet