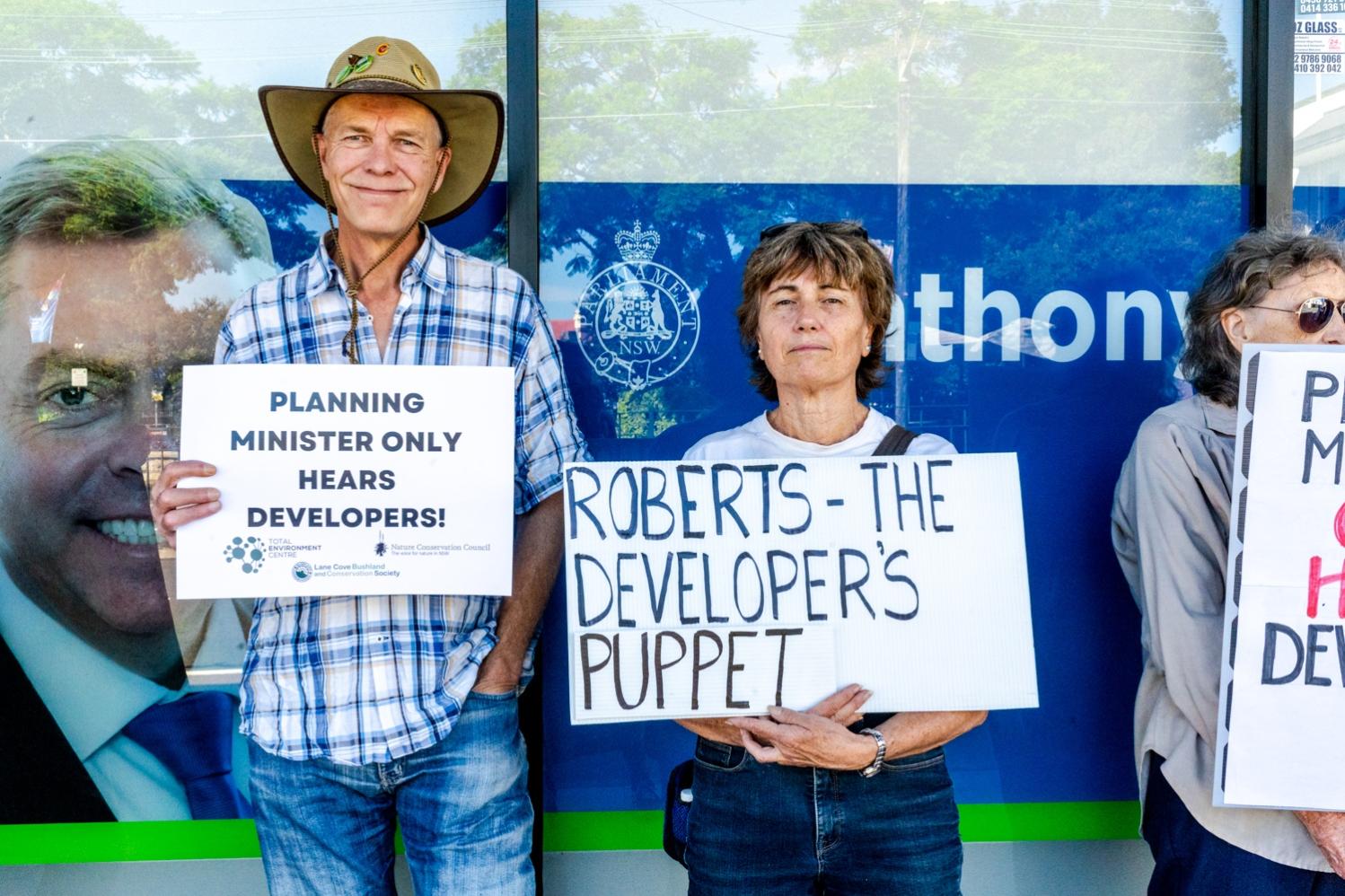 The April 5th announcement by Minister for Planning, Anthony Roberts, to abandon the Design and Place planning reforms is an unequivocal step backwards for NSW according to the state’s peak environment group, the NSW Nature Conservation Council, as well as the Australian Institute of Architects NSW, the Total Environment Centre and the Better Planning Network.

The NSW Government will update the BASIX standards alongside a range of other initiatives to help deliver more quality and affordable homes in communities across the State.
Minister for Planning and Minister for Homes Anthony Roberts announced the changes today, which will develop best practice for liveable and resilient communities – focusing on quality subdivisions, streets and public spaces and achieve net zero targets.
“I have asked the department to proceed with BASIX updates to help people build homes that are more comfortable, save people money on their power bills and contribute to our net zero target,” Mr Roberts said.
“We want to make it easier to build quality, affordable homes – not harder. As I’ve said before, my focus is on changes that help us pave the way for more homes in liveable communities.
“We need to optimise land for homes while building communities that are sustainable and resilient.
“There are a number of policies already in place to build resilient communities that are designed to withstand the impact of climate change.”
These include a direction issued by the Minister for Planning and Homes to ensure natural hazards are thoroughly considered in decision-making on land-use, the Flood-Prone Land Policy, and the natural hazards toolkit for councils.
The NSW Government will also consider any further measures in this regard concerning land use planning from the independent inquiry into floods, currently being conducted by Professor Mary O’Kane AC and Michael Fuller APM.
Recommendations regarding land-use are due to the NSW Government on 30 June 2022.
Following extensive consultation with industry and stakeholder groups the NSW Government will not introduce the State Environmental Planning Policy for Design and Place.

Building Ministers received an update on the work of the ABCB in preparing improved residential energy efficiency provisions for NCC 2022. The ABCB advised Ministers that analysis is nearing completion and there are opportunities to improve residential energy efficiency with a net benefit to households in most parts of the country.
Building Ministers have provided direction to the ABCB to finalise its work as soon as possible and bring forward final advice mid-year for Ministers to make a final decision.
The work of the ABCB was initiated in mid-2019 at the request of Energy and Building Ministers. Ministers are pursuing these improvements as part of a broader national effort to manage cost of living pressures for households, while making a strong positive contribution to decarbonising our economy.
Residential energy efficiency requirements have not increased since 2010. Ministers identified there are community expectations for both energy efficiency and accessibility in modern homes. It is important for all sectors of the economy to contribute to emissions reduction measures, including the building and construction industry. This is an area where change is needed, as part of emissions reduction measures across all sectors to achieve national policy objectives to reduce Australia’s emissions to net zero by 2050, while growing our economy and supporting jobs.

Ministers agreed to meet again in July 2022 to discuss the Decision RIS, NCC 2022, ABCB Business Plan, ABCB Intergovernmental Agreement and the Industry Representative appointment.
The Australian Building Codes Board is made up of eighteen members including a Chair, the head of each state and territory building administration, a Commonwealth building policy representative, up to seven industry representatives, and a representative of the Australian Local Government Association.
The ABCB Outcomes report: Energy efficiency NCC 2022 and beyond *, states (page 45.)

In its discussion on the ‘current situation’, the Scoping Study noted that one of the key changes to the residential energy efficiency provisions introduced by NCC 2019, was improvements to the reference building Verification Method (VM) (V2.6.2.2), to limit the software that that can be used and include more detail around modelling inputs to prevent gaming.
The term ‘gaming’ generally refers to the intentional misuse of the reference building VM to achieve a sub-optimal outcome, whilst giving the impression that the Performance Requirement has been met.
This can occur when the specific input requirements of V2.6.2.2 are not complied with when practitioners use NatHERS in conjunction with the VM. In particular, this applies to the temperature settings and the unique features of the proposed house.66 Whilst the issue of ‘gaming’ was first identified in relation to the 2016 version of V2.6.2.2, it nonetheless attracted several comments in the Scoping Study. However, not all of these comments specifically referred to the reference building VM.
In these comments the following key issues were raised:
• Competitive pressure on practitioners who do not engage in the practice.
• Any new Performance Requirements should be stringent enough to prevent new forms of gaming emerging once they are implemented.
• A general perception that the use of modelling software lacks transparency and is seen by some as a ‘black box’ process. Furthermore, some suggested this issue could be exacerbated by extending modelling to a whole-of-house approach.
• The trustworthiness of the reference building VM is dependent on the integrity of the practitioner using it.

Many of the responses submitted by practitioners expressed concern that increases in complexity and stringency of the energy efficiency provisions is driving an increased reliance on specialist consultants and/or modelling software. This, in turn, increases compliance costs for practitioners (e.g. for software licence fees and consultant fees).
In addition to these costs, some comments also noted that reliance on specialist third-party consultants also increases the amount of design co-ordination required on each project, which also consumes time and, therefore, has a cost.
There is also a related concern that practitioners may be able to use a consultant’s report to hide energy efficiency losses within complex calculations, thereby making detection of non-compliant designs difficult.
These issues and costs were described in the following quote, taken from the submission by Ajar Architects:

As an architect, it is not cost effective for my clients to pay me to do the energy assessment anymore, it costs 75% less than my fees to pay a consultant to do the same energy assessment work. My concern is that the consultants use programs with built-in assumptions that no one has reviewed for many years. To increase regulations and not review the accuracy of assumptions is flawed.

The issue of technology-neutrality and the future of gas as a household fuel attracted significant comment, both for and against. Many of the stakeholders who opposed a technology/fuel neutral NCC did so on the basis of a belief that gas should be phased out over time. However, the fuel-neutral approach is consistent with the Trajectory and the general approach to Code authoring. Furthermore, the future of gas as a household fuel may be more appropriately dealt with through energy policy, rather than building policy.
Concerns were raised that on-site renewable energy should not be allowed to tradeoff minimum building fabric performance, although this was not proposed in the Scoping Study. The approach proposed in the Scoping Study addresses this concern, where minimum building fabric performance is regulated by a separate Performance Requirement that does not allow trade-off with other building elements.
Respondents overwhelmingly supported the recommended baseline levels of energy efficiency for residential building services that were specified in the Trajectory. There was also support for the current NatHERS compliance pathway, as well as its possible expansion to accredit whole-of-house tools. BASIX also received relatively strong support as a whole-of-house tool.
The proposal to investigate provisions that would facilitate the future installation of on-site renewable energy equipment and EV charging was generally supported. However, the investigation will need to consider the likely technology and uptake of on-site renewables and EVs.

Although there is much community groups support for the range of measures to be introduced through the National Construction Code (NCC) 2022 at a Commonwealth level, the announcement by the ABCB that the NCC 2022 does not, as yet, include energy efficiency and condensation amendments as these have not yet been endorsed by Building Ministers, along with the raft of announcements by the New South Wales government and Mr. Roberts indicate what their response may be at the July 2022 meeting.

*© Commonwealth of Australia and States and Territories 2019, published by the Australian Building Codes Board.
Tweet