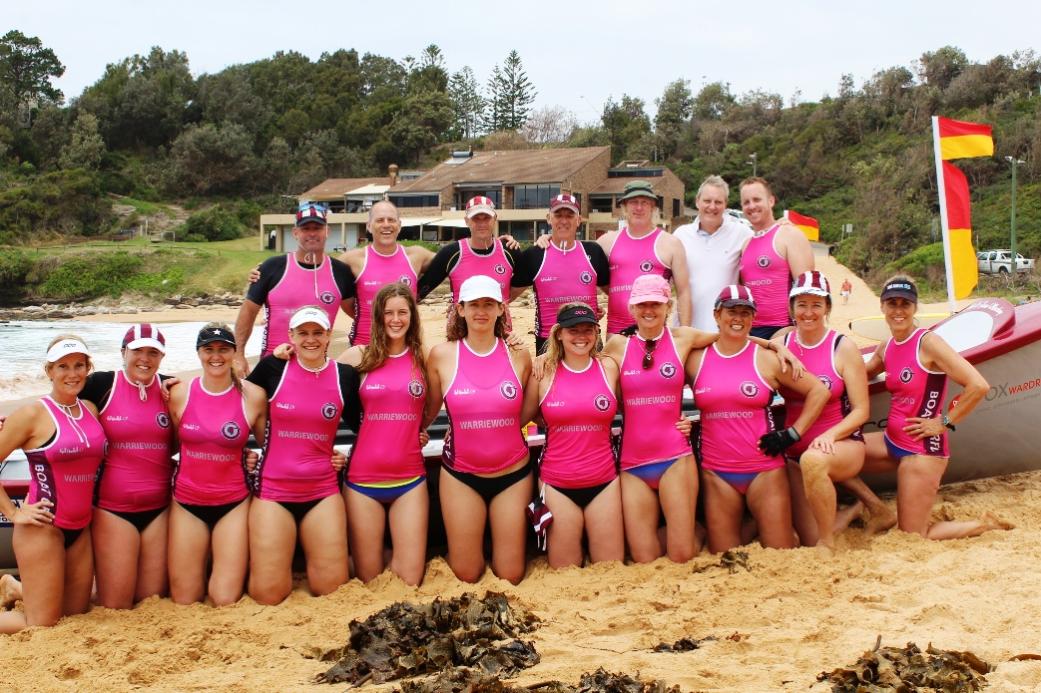 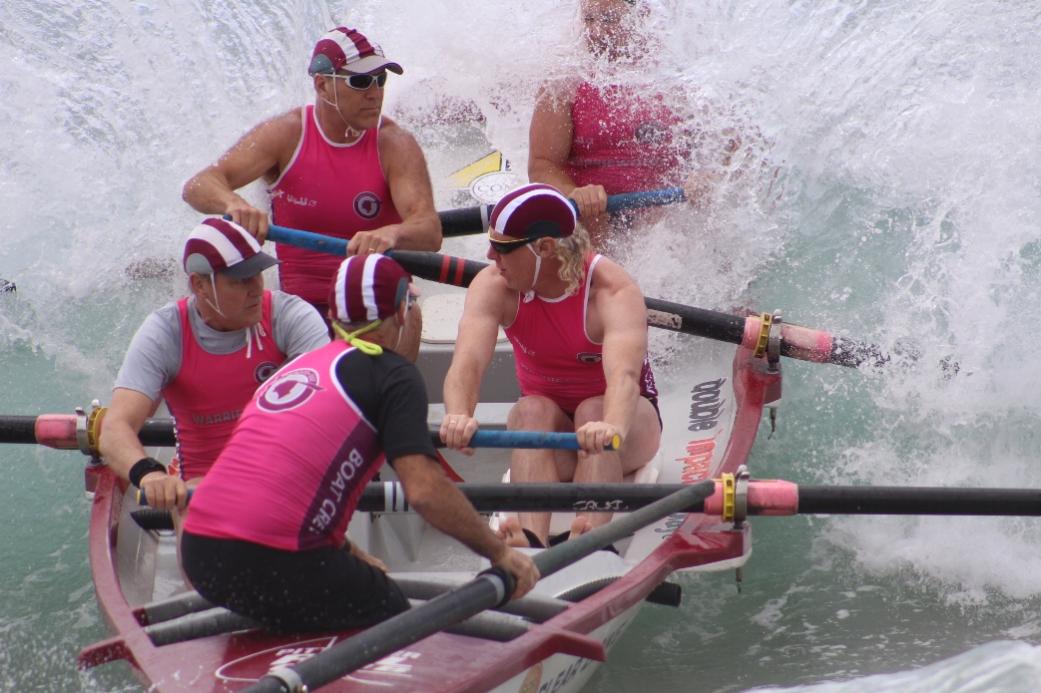 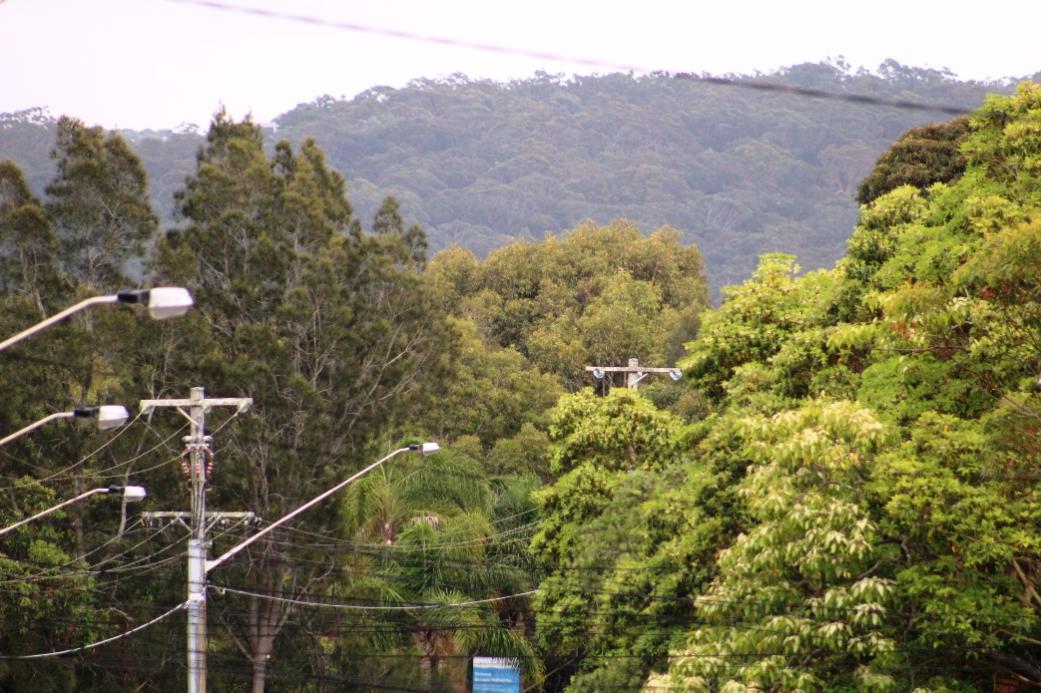 View of Ingleside hills from Warriewood, December 3rd, 2016  - photo by A J Guesdon

On Friday afternoon, December 2nd, NSW State Government Planning Minister and Pittwater MP, the Hon. Rob Stokes announced the release of the draft Ingleside plan which is available for comment until February 28th, 2017.

Community information sessions have been announced to take place from January 31, 2017 until February 28th. The State Planning Department will provide more details about these activities in their next update at planning.nsw.gov.au/ingleside. You can sign up to be notified.

Of 704.8 hectares slated to comprise this plan, Table 1 from the Ingleside draft land use and infrastructure strategy document shows the land use outcomes identified in the Structure Plan, and states that: 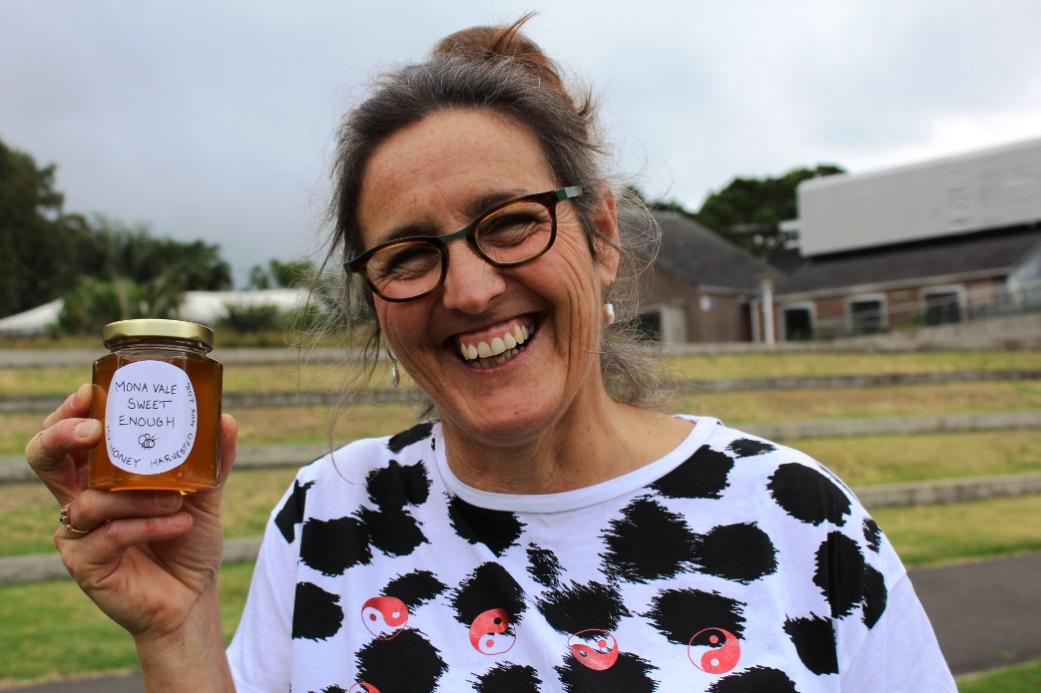 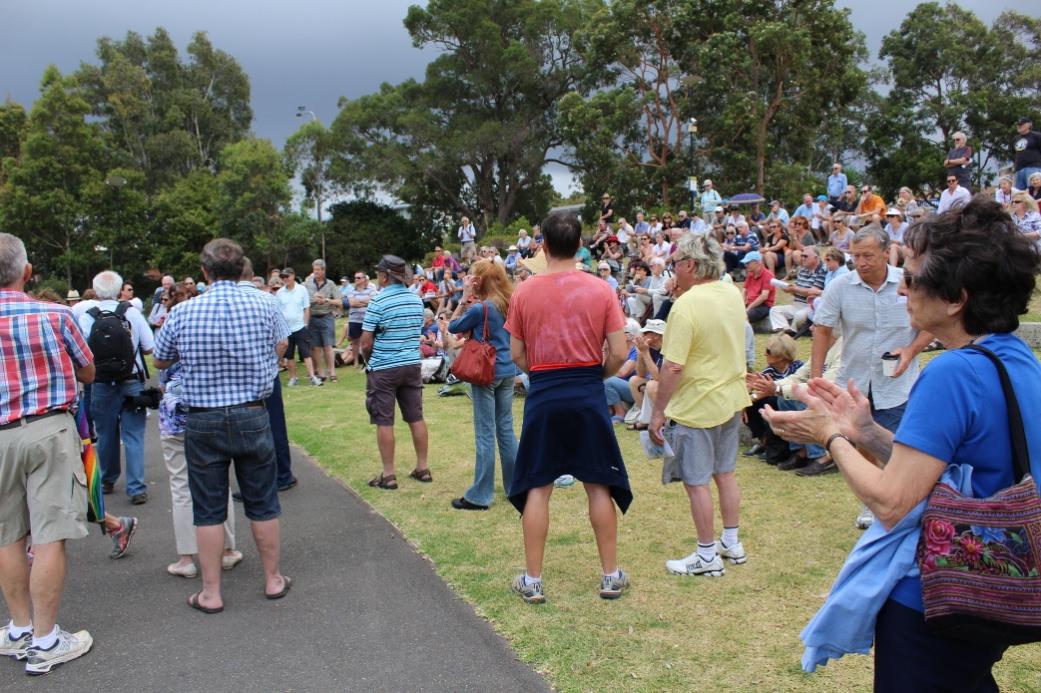 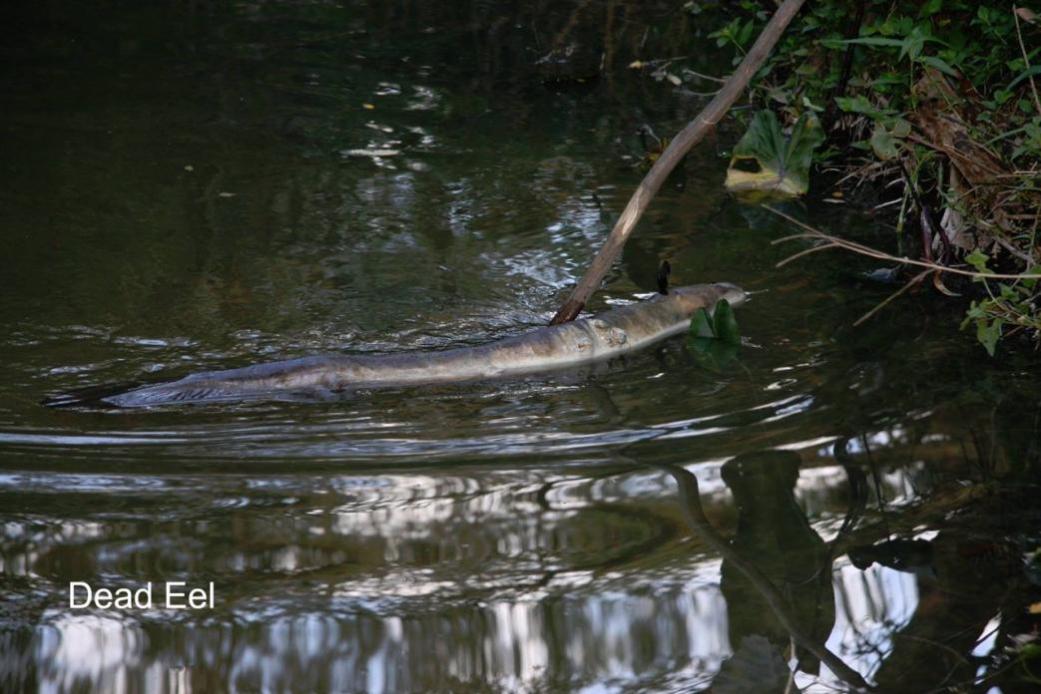 Neverfail Creek pollutant - photo supplied
Residents of Terrey Hills contacted us on Thursday and Friday very distressed about pollutants that have 'killed' Neverfail creek. One gentleman checking the creeks Neverfail joins stating "the contaminant has now run further into Kierans Creek, well into the National Park, possibly killing the Crystal Pools life."
Neverfail Creek is the water that runs over the rock ledge on the track near Kinma School, flows down through the Dundundera Falls reserve, through the National Park and then into Cowan Waters. The children will be unable to play in or near the creek as a result, angering their parents.
"Luckily we have the lovely Neverfail Creek running through the school - perfect for listening to, " Kinma has stated in the past, utilising the beautiful bush and creek areas as part of teaching through fun as recently as early November when Dennis, an indigenous elder of the land around here visited and told stories in the bush setting for some of the children. One of the stories told was a creation story about how the platypus came to be - perfectly set off beside the sound of that once clean warbling creek. 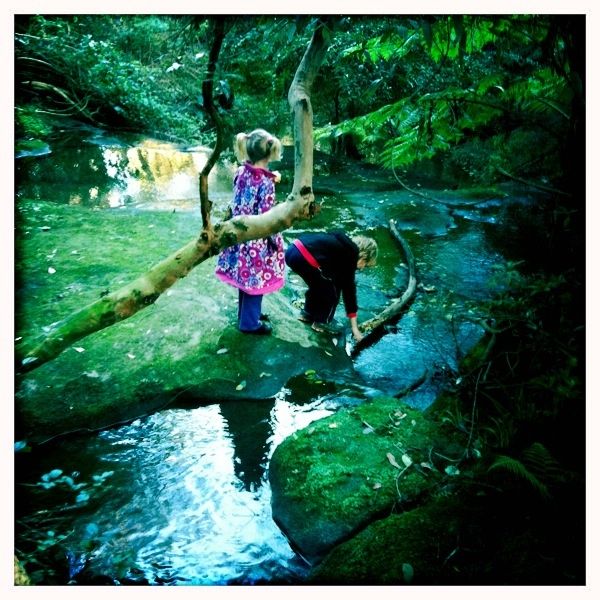 Kinma children have Neverfail creek music as part of their environment - photo courtesy Bea Pierce
A manufacturer of hand made soap has apparently admitted liability; what the pollutant is has not been determined yet but is being analysed.
Residents state the smell of the water would indicate it is some type of soap that has sucked all the oxygen out of the water.
"Whatever it was it has killed all the wildlife. There are dead eels floating in the water. The once clear pools now smell like old bath water. The white scum is everywhere and is way below the falls and is just waiting to be flushed down the rest of the creek after the next heavy rains into the National Park.
They are worried further damage will be done during the rains slated by weather forecasters for this week. 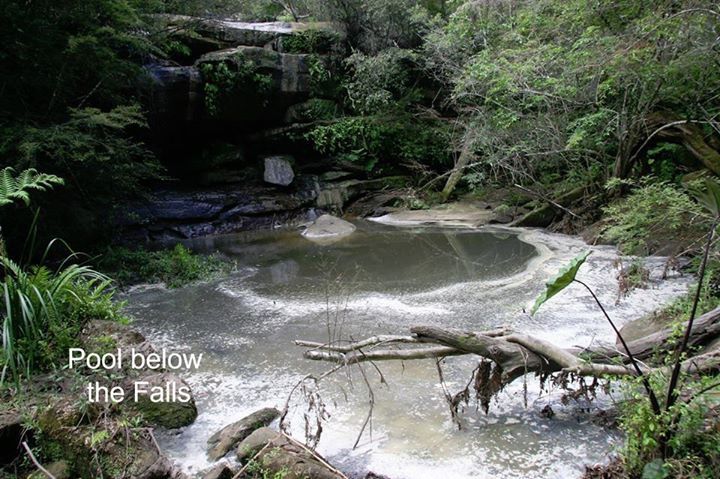 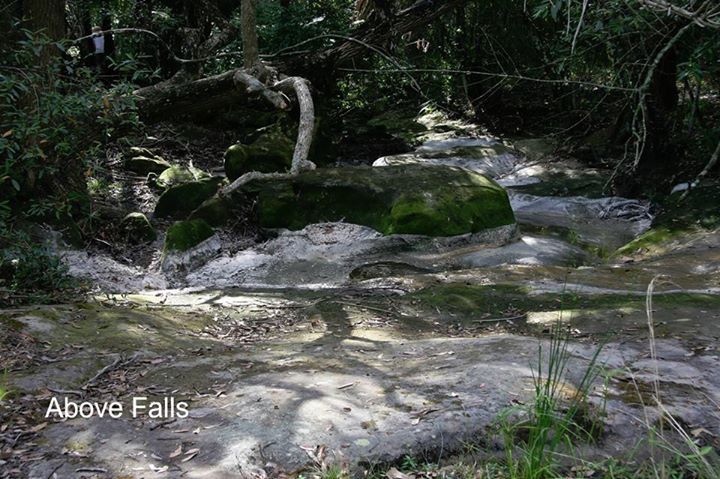 A HAZMAT team flushed the creek on Sunday November 27th when the white substance appeared and notified council. Terrey Hills residents are critical that council then had to be approached by two Streamwatch people on Wednesday for any action to be taken, one gentleman commenting,
"Is this slack response from council the new norm for Terrey Hills?" and wondered how council will present facts or assess fines with EPA without making an assessment themselves or taking photographs, for the record.
On Friday December 2nd, Cecil Ellis, a gentleman who started a petition to get things happening prior to more damage occurring, reported,
"Council arrived at 15:30! Minimal response. Two people. NSW Fire Rescue HAZMAT installed booms and removed contaminant from some pools. But the process appears to have been bought forward.
More containment barriers will be placed downstream by various agencies over the weekend. Onsite meetings between Council and EPA are now happening on the weekend and not next week.
Please go down the Neverfail Creek and have a look and ask questions. Be careful!! At the edge of the Creek the white contaminant is very slippery. The smell from the dead Eels and Crayfish is getting worse."
Streamwatch commented, "An ongoing unsatisfactory saga where grass roots determination by the community seems to be the only real action to date."
On Friday, a hot day, some of that grass roots determination was again in action as the locals ensured water dishes were placed where animals could get a clean drink. Something those that are furred and scaled and feathered who survived had not had for six days by then.
More HERE 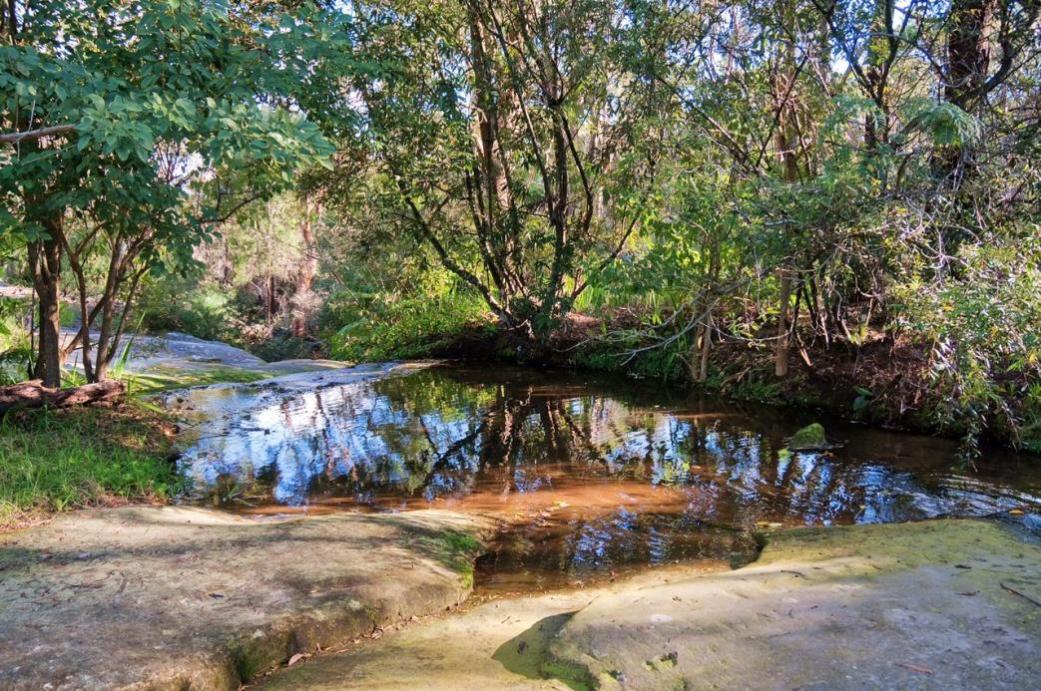 Neverfail prior to incident - photo by Bea Pierce 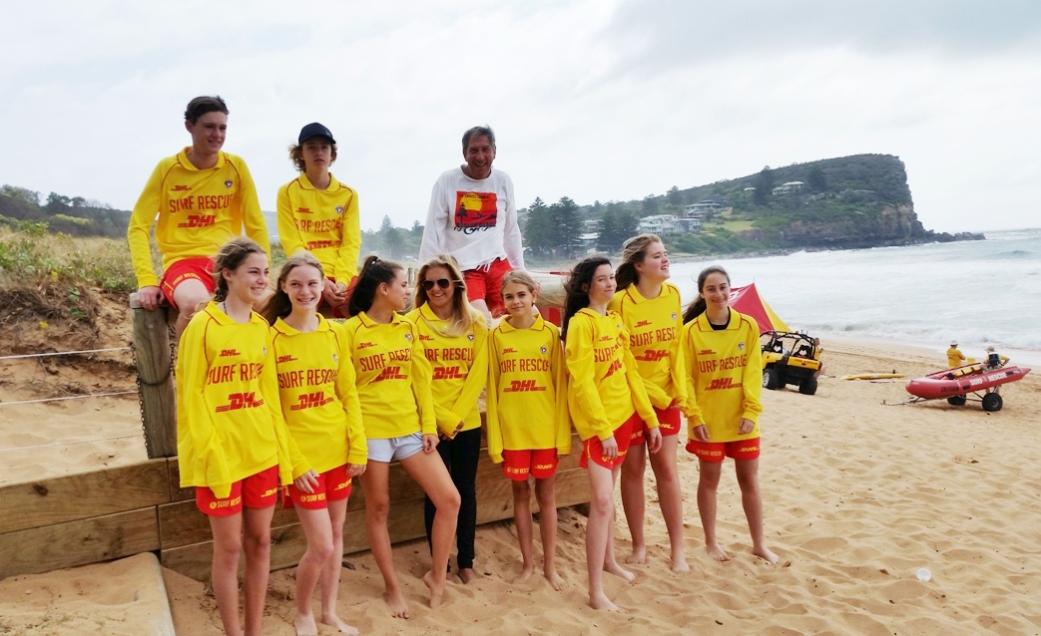 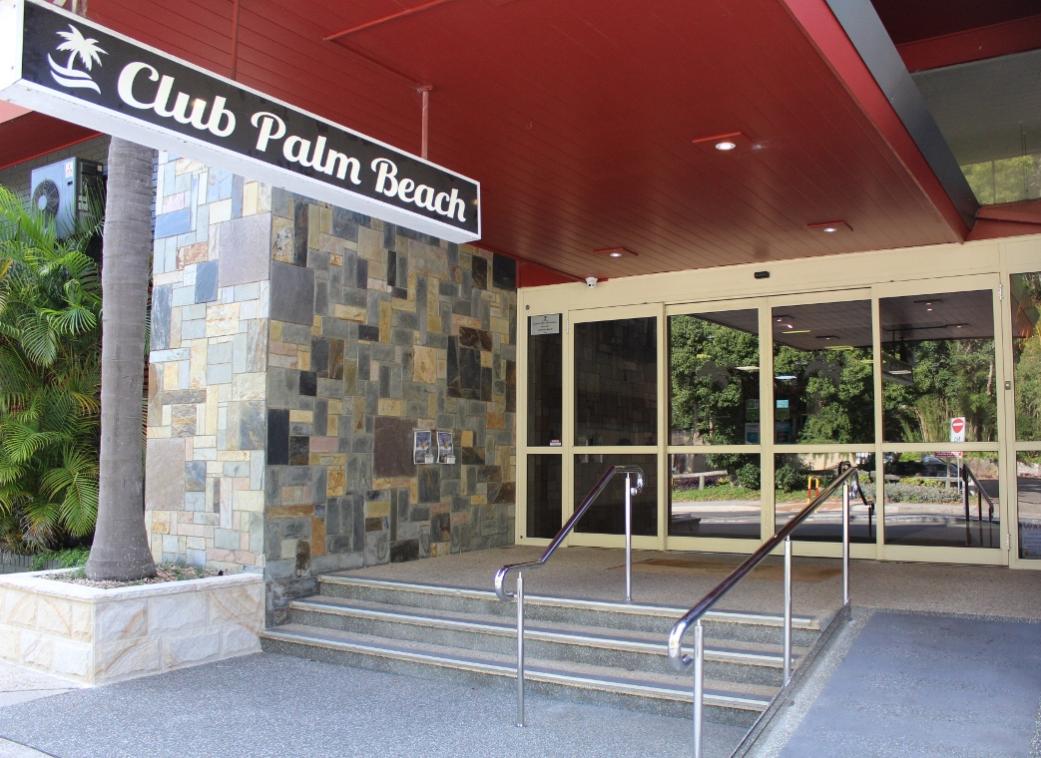 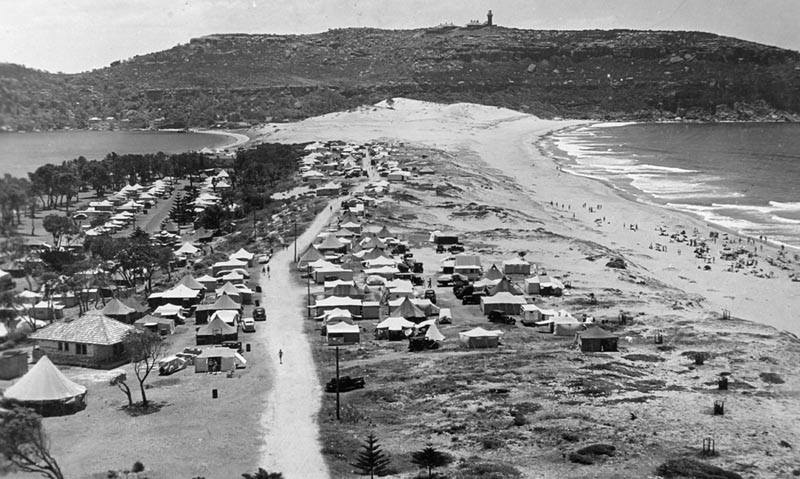 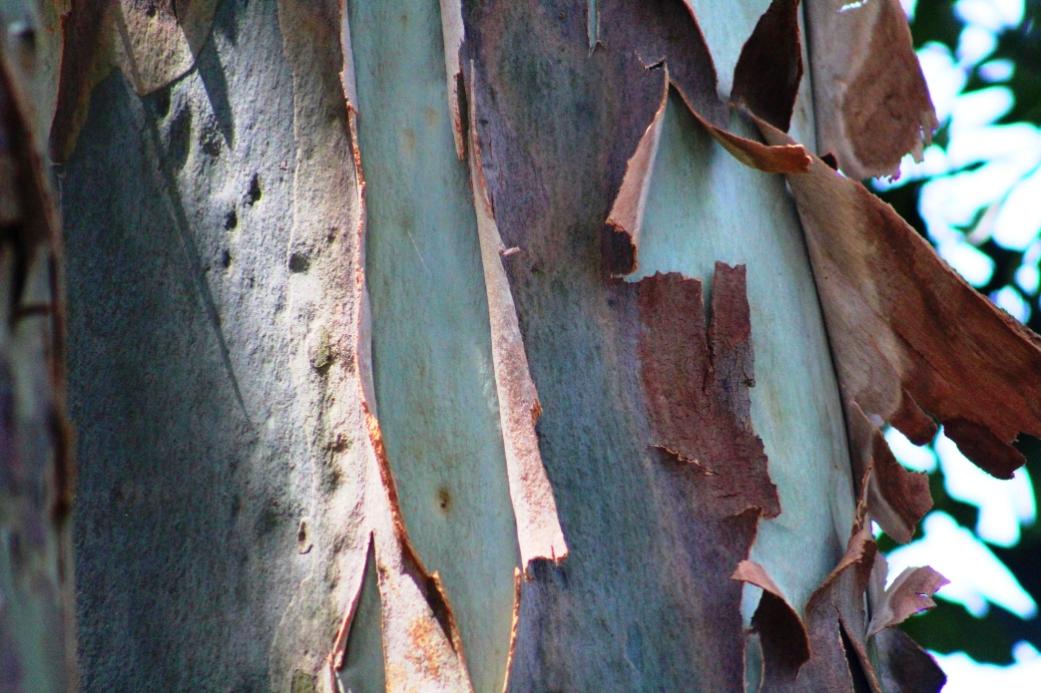 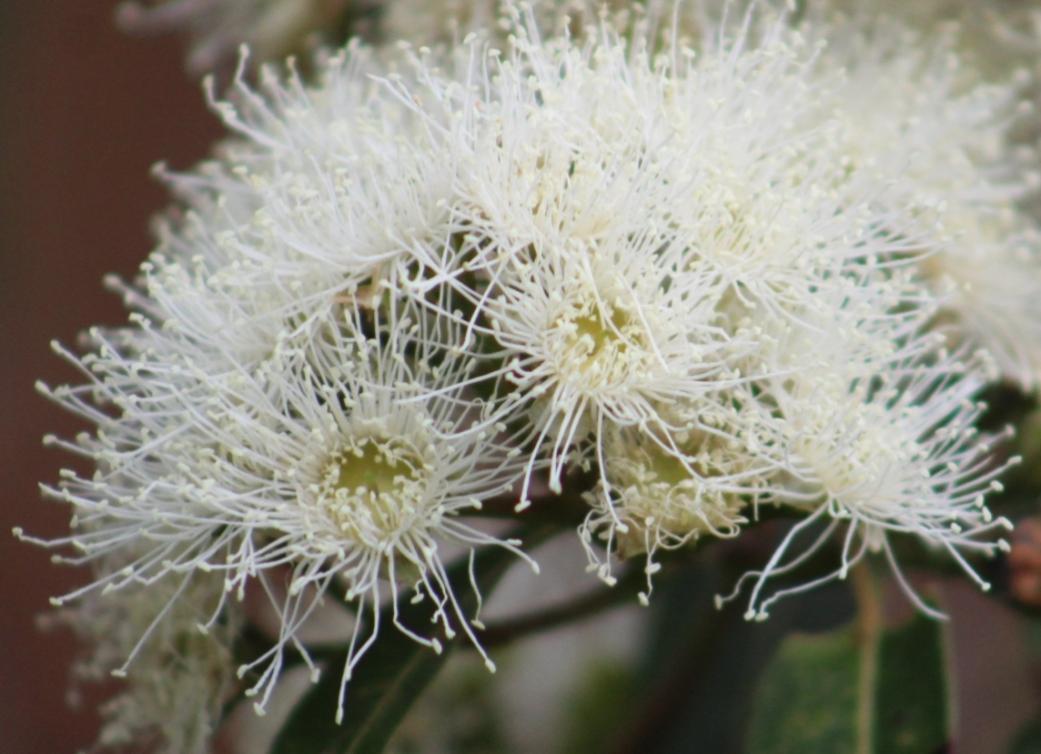 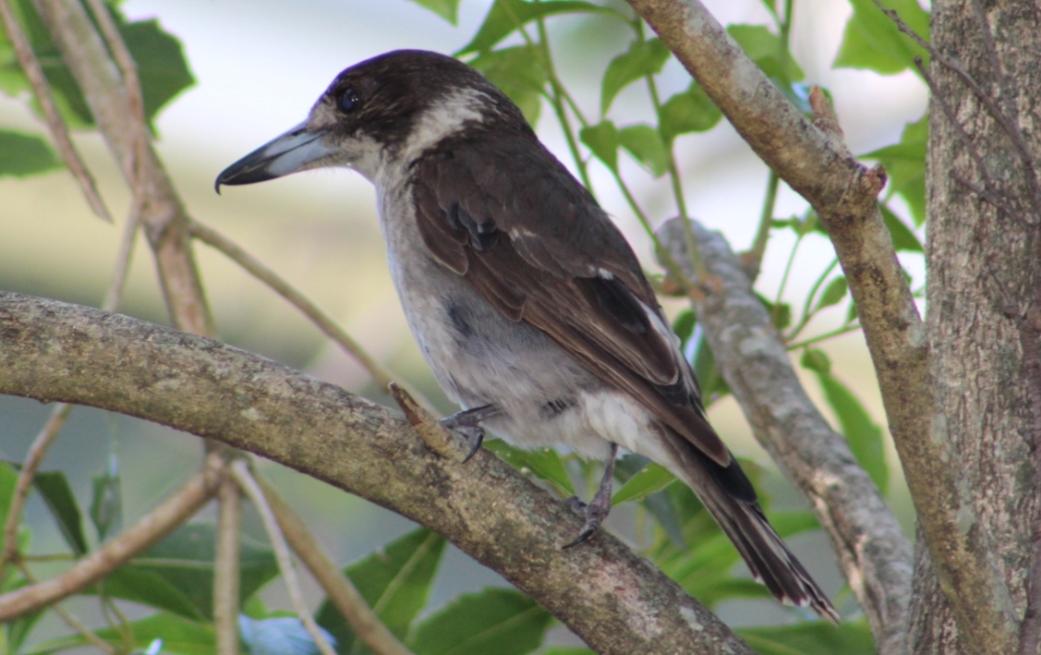 This Butcher Bird sang the song of 10 other birds outside the Pittwater Online window on December 2nd, 2016 - kookaburras, currawongs, lorikeets, cockatoos, bush turkeys, crows - it's watching a cockroach in this photo, which it then caught and ate. 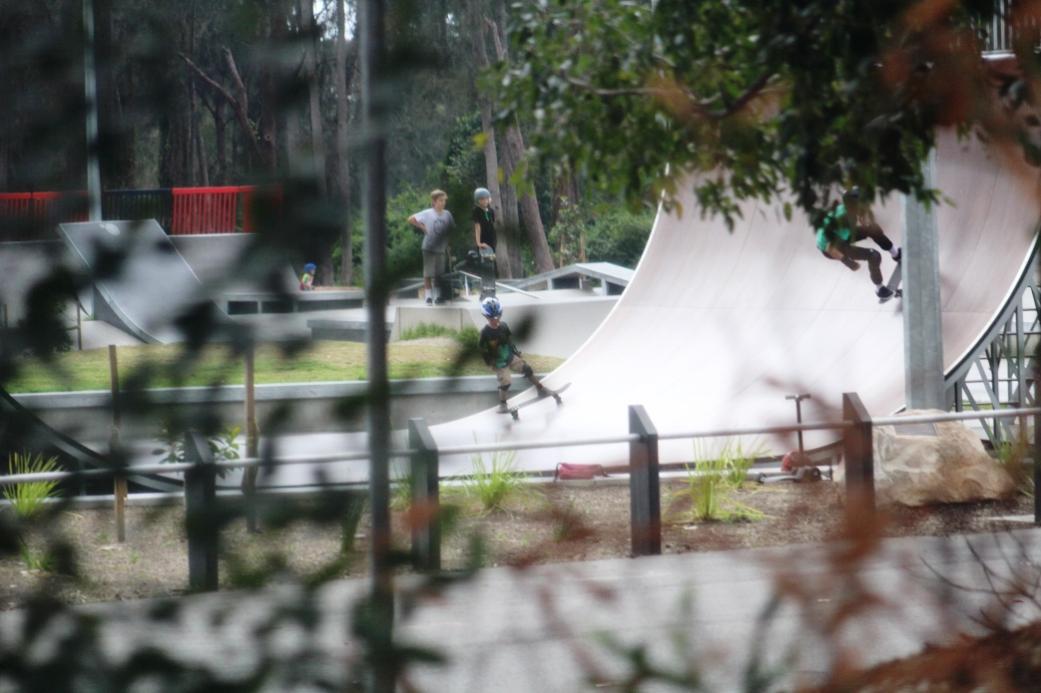