Potential For Newport Paradise To Be Expanded: A Greener Sydney Spark!

Recently a Pittwater Online News post on our Facebook platform updating the community on the proposal inherited by the current council to compulsorily acquire the Pasadena and demolish it to create a community green space attracted around 10 thousand 'hits', a lot of shares and a lot of comments, 99.9% supporting the owners and looking forward to revisiting a cherished by many venue.

Among the comments posted was one from a Newport resident to the effect that money spent on an unpopular proposal would be better invested in acquiring bushland currently on the real estate market at the top of Newport and adjoining the Attunga Reserve.

This wasn't the first communication from a resident dismayed that a potential extension and enlargement of the Newport series of reserves may be lost. It was followed by more - and more.

The opportunity to expand and add to public community spaces, especially if they adjoin current reserves and would enhance and make better those already in place, in this case expanding what is fondly known as the 'Newport Loop', remains a core ideal and function of community at an individual, as well as local, state and federal government level.

The gentleman who owns this land, 1.06ha or 2.63 acres, has been 'through the wringer' for well over a decade trying to captilise on what is his asset though, and may be wary of any proposal that isn't backed up and proceeded with quickly.

On Saturday May 26th community leaders from the Newport Residents Association, the Pittwater Natural Heritage Association, representatives from local indigenous families along with concerned residents met to discuss presenting the opportunity to their local councillors and state representative. The Pittwater Community Alliance chairman has also expressed his support for the proposal.

The outcome is that this group of community leaders and residents will seek to discuss the opportunity this week with their local councillors and state representative.

Local Reserves are overseen by local government, even if they are kept free of weeds by an army of volunteer bushcarers, and they are added to through funding allocated from local government budgets backed up by state government grants or funds to acquire or help restore them, as has happened at Mullet Creek in Warriewood or the coastal stretches from Turimetta to Mona Vale.

A crowdfunding page to raise the money required, along with a petition to gauge how broad support in the community is, were also discussed and should be available by the end of this week.

The Newport Bushlink, 'From the Crown to the Sea' comprises the Attunga Reserve, Kanimbla Reserve, the Porters Reserve and the Crown of Newport (McMahon's Creek) Reserve at the end of Hillside road. The work to restore these and create an interlinked walkable route was commenced in 1994 by just four Newport Residents.

The reserves allow walkers to revel in glorious Newport vistas, be among Coastal Heathland landscapes as well as Littoral Rainforest and green lit creeklines. They also provide vital fauna habitat and connection pathways.

The site now on the market is approximately 1.06 ha in size, and includes 0.84 ha of native vegetation (Littoral Rainforest) and 0.22 ha of Urban Native/Exotic Vegetation.

As the land is currently on offer as a subdivision of six large blocks, the sales pitch being a potential 'gated community', and previous discussions to have this green space acquired have availed none, the April 2018 announced NSW Government’s $290 million Open Spaces and Green Sydney package, may be just one way (or potential option for some funding) to get everyone happy this time. 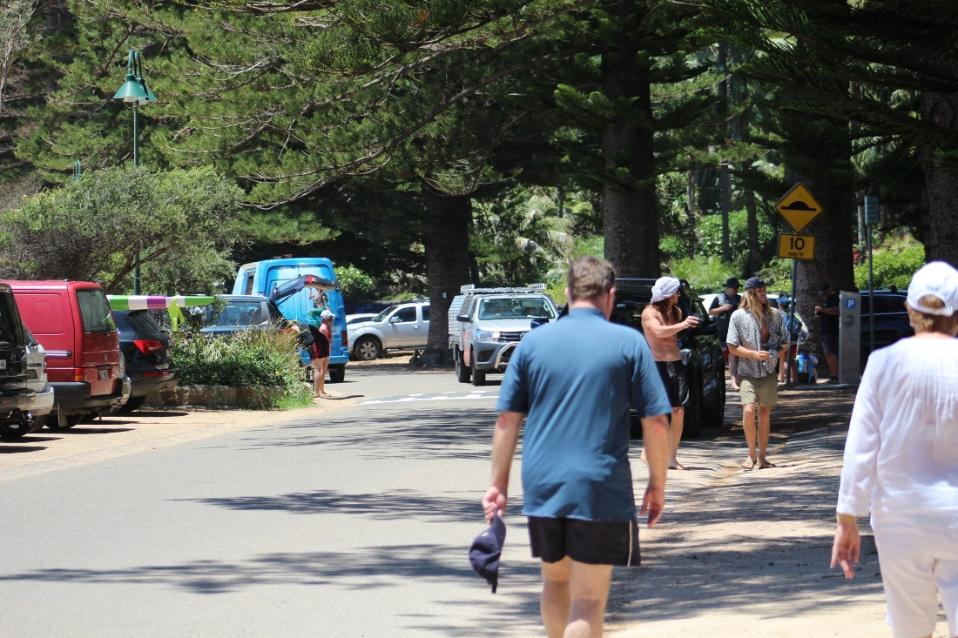 Palm Beach south during January 2018, where everyone walks and drives slow.
On Tuesday August 8th 2017 the Council under Administration adopted the Palm Beach (South) Landscape Masterplan, noting that 32 submissions of feedback had been received and that;
'The main issue raised in the submissions is the loss of approximately 10 to 12 parking bays at the southern end of the beach to accommodate a short boardwalk. However, it is recommended to retain the boardwalk to address pedestrian safety in this area, particularly for elderly people and children.'
During and after that process emails and phone calls to this news service reiterated the opposite view, that the safety of children, seniors and people with disabilities would actually be reduced through the loss of parking spaces with by the sand access through the installation of that boardwalk. Other communications emphasised a boardwalk would not do very well in the first significant storm event.
A December 2017 article outlined and illustrated residents concerns, recording that one resident was gathering signatures to retain the safe access the community had always enjoyed.
On Tuesday May 22nd, the Councillors voted into the inaugural Northern Beaches council unamiously voted to support the Motion of Cr. Rory Amon that;
'That in view of community concerns expressed regarding the proposed boardwalk at Kiddies Corner, at the Southern end of Palm Beach (“Boardwalk”) and the associated loss of parking spaces, Council halt the progression of the construction of the Boardwalk, pending further community consultation and a briefing to Councillors following that consultation.'
More HERE 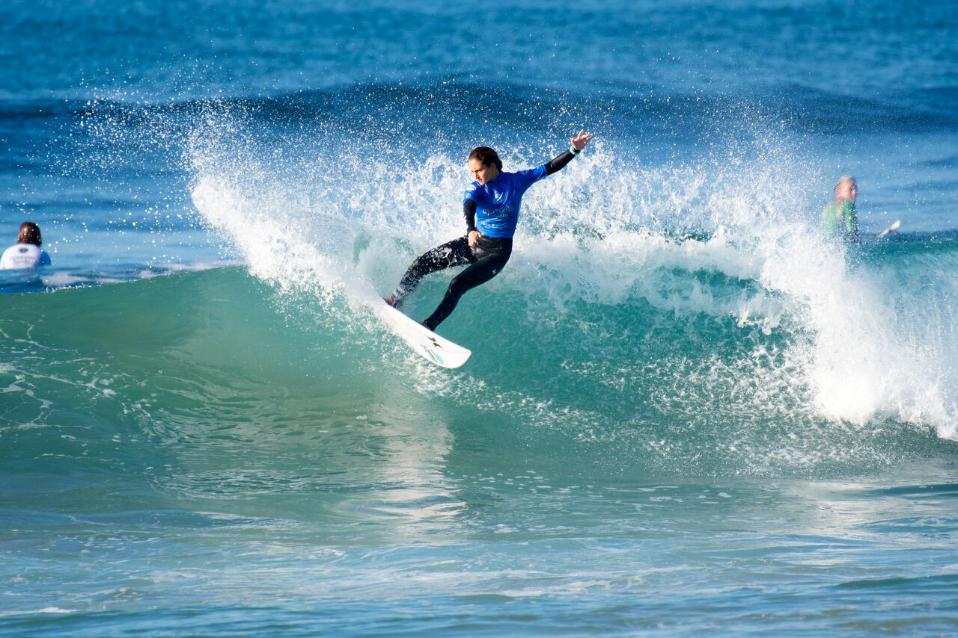 Bodhi Leigh-Jones on Day 2 of the comp.  - photo by Ethan Smith/ Surfing NSW
The inaugural Hydralyte Sports Shoalhaven Pro Junior kicked off on Friday, May 25th with finals running today, Sunday May 27th.
The elite three-day event features the best junior surfers from around the country, including surfers from the northern beaches, as they attempt to seal themselves a spot in the World Junior Championship.
The news and action HERE 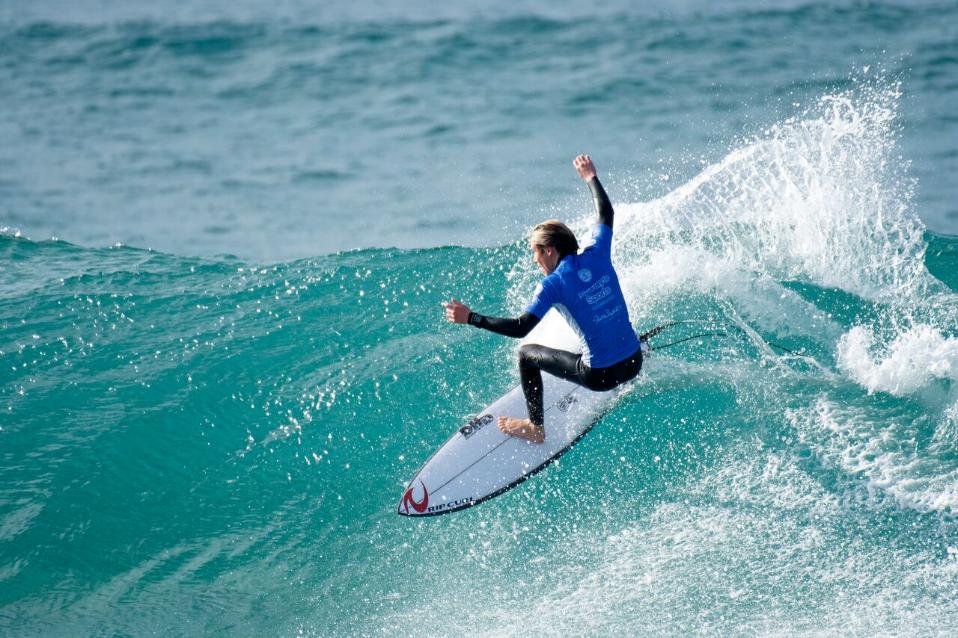 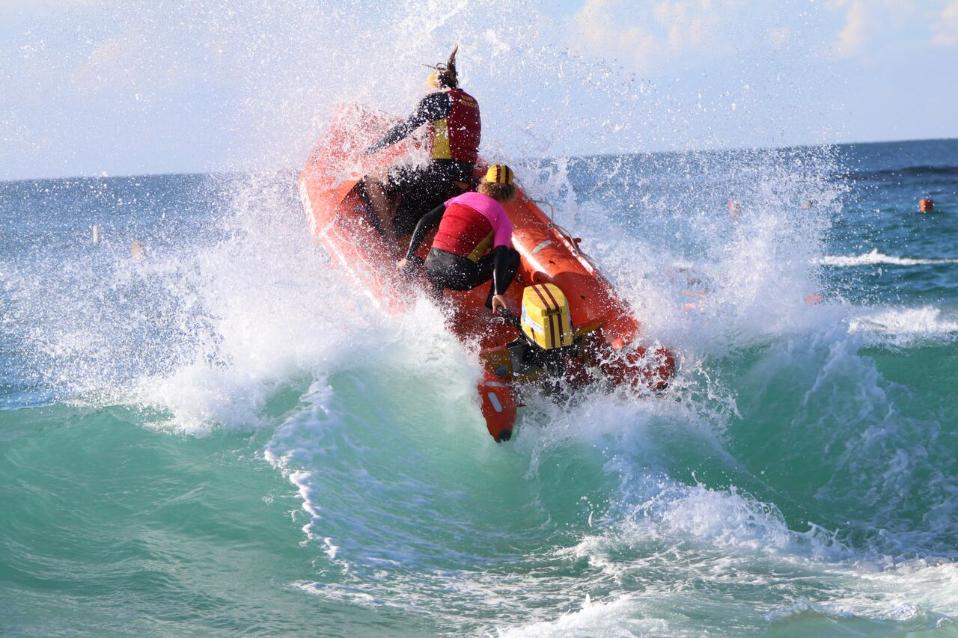 Newport SLSC - photo by Richard Black
The first ever Inflatable Rescue Boat meeting hosted by The Lakes SLSC went off without a hitch on the weekend of May 19-20, 2018 as the state’s top racers consolidated their positions during Round 2 of the 2018 NSW Sharkskin IRB Premiership season.
While thousands of eyes were on the Royal Wedding at Windsor Castle, a coronation of a different kind was taking place on the Central Coast as Caves Beach took another giant leap of dethroning 6-time-series winners Kiama Downs.
The South Coast powerhouses are far from done though, and with two rounds left, will be keen to deny their Hunter rivals the chance to be crowned champions on their home beach when the circuit travels to Caves Beach next month.
Caves Beach, Kiama Downs and Terrigal repeated their first-round performances to again finish as the top three clubs in the overall standings, while some of the smaller clubs including Bungan Beach and Nobbys picked up some encouraging results.
More HERE 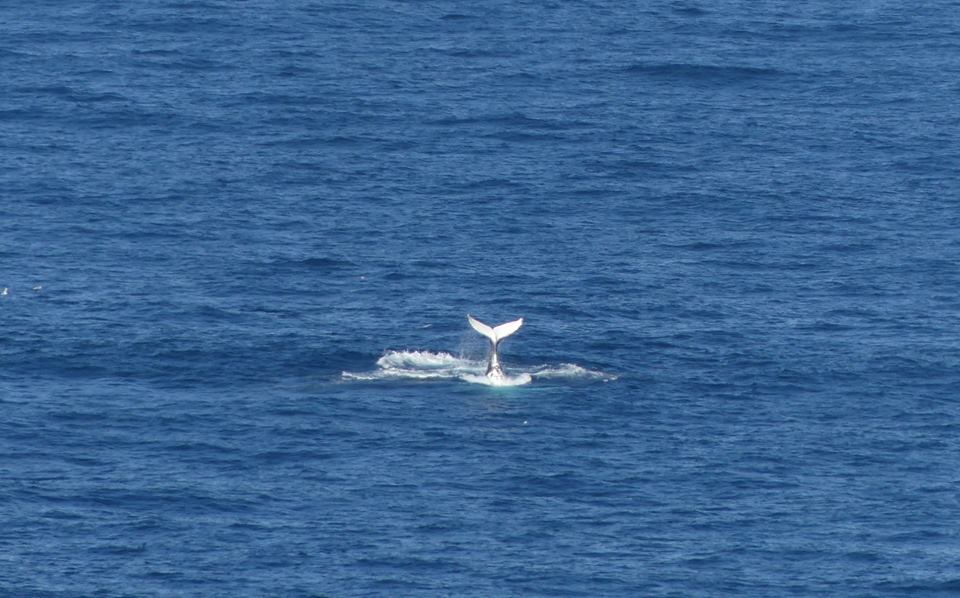 Whales seen off North Bilgola Headland, Wednesday May 23, 2018 - this one was seen about half a kilometre from shore breached and slapped its tail repeatedly - fantastic to see. Photo by and courtesy Marita Macrae 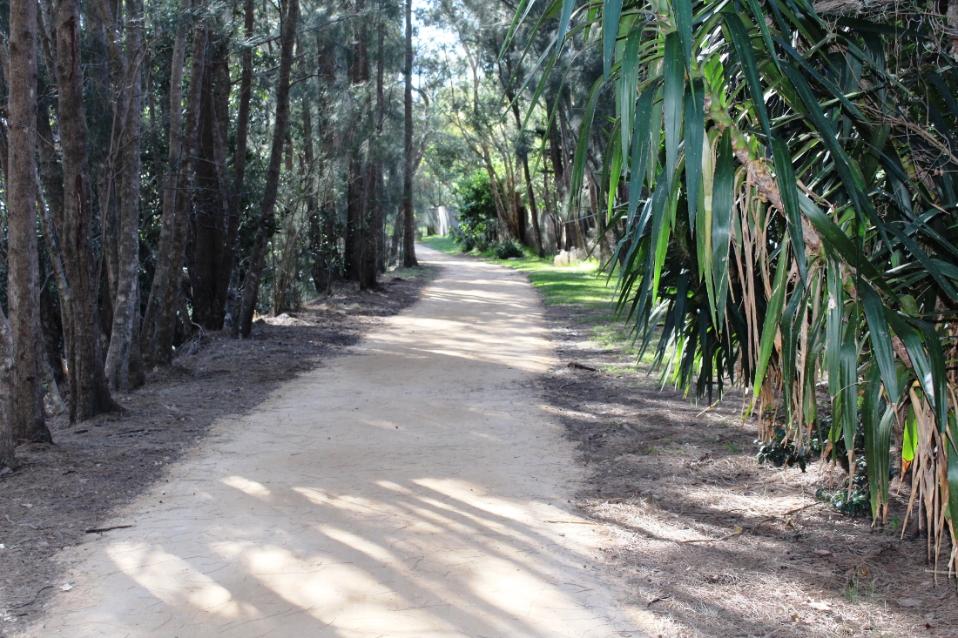 People are loving this newly installed yellow dirt surface over the track beside Careel Creek as it has repaired where water use to pool and make muddy the way - is this a continuation of the 'yellow-brick road' many call the cement pathway between south Avalon Beach and the north end?