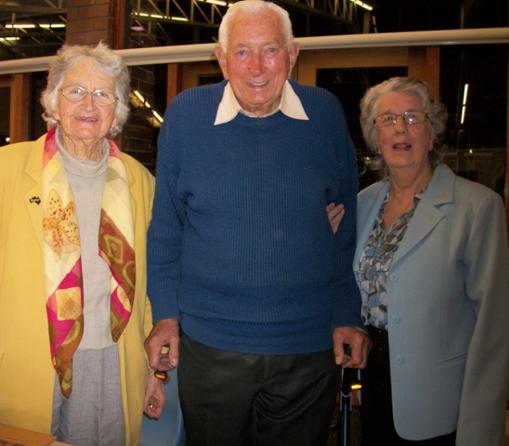 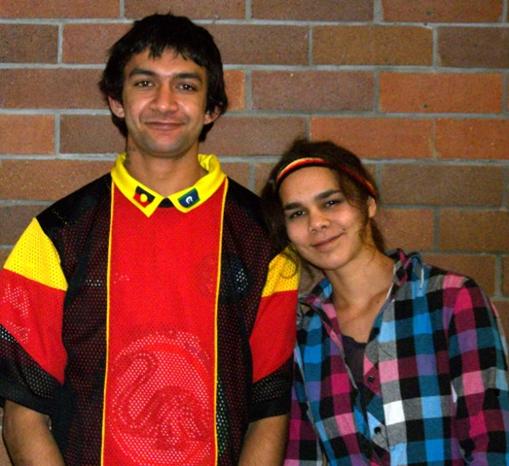 The Aboriginal Support Group- Manly Warringah Pittwater held an information night in Mona Vale Memorial Hall on Monday to introduce those attending to Bob Waterer and Nan Bosler, author of the recently released The Story of Bob Waterer and his Family 1803- 2010. Neil Evers introduced Bob and Nan who then spoke about this work, its formation and some of the intricacies of writing a historical book. At Nan’s feet was a pile of folders filled with research papers, marriage, death and birth certificates.

Having given at least 160 Welcome to Country and Talks by now, Bob is comfortable with audiences and his generosity of spirit and matter of fact character shine through. His blue eyes sparkle as they recall the spark, of finding family documents that proved his heredity and the journey then taken to unravel the many threads every family has. Bob became front page news when the contents of his family’s documents proved he is a 5th generation living descendant of what is known as the Guringai and Broken Bay tribe of Aboriginal peoples.

The work encompasses the life of Sarah (Biddy) Lewis and her descendants. Nan explained how difficult it was to track down all the small threads which cohere to produce a clear picture. We may all have imagination enough to see these people and where and how they may have moved, the sights they would have seen, but with works of this nature every item must be ‘proved’ based on documents and certifications that form a map, alike any thesis or historical document. Anecdotes may show paths as yet unexplored but these must also be backed up by tangible facts. The variation in the spelling of names, as people often changed them during settlement times, especially if they had ‘begun a new life’, needs to examined, charted. The other aspect of the work Nan emphasised is how it needed to be done not only carefully and meticulously but with great respect. “It is customary for Aboriginal and Torres Strait Islander communities not to mention names or reproduce images that are associated with the deceased for at least one year.” Some terms used during those times would have been considered offensive then and are easily recognised to be so today where our culture has matured and seeks an inclusive of all world-view.

The book has an extensively compiled reference section for those who wish to explore further. Well written and unfolded with simplicity, it takes us up the Hawkesbury river and into a settlers and a young girls lives. What came through most on this evening is how much this family has contributed and been witness to the changes in Australia and in particular, the Hawkesbury and Pittwater regions.

As Nan said, this is a ‘the story of the role Biddy (Sarah) and her descendants have played in the development of our Nation is clearly illustrated through what has been collated’. Through the exacting and time consuming work of Nan Bosler, Bob’s relatives, and contributing writers, Pat Frater, Tom Richmond and Keith Vincent Smith,  we have been given back an insight into Pittwater’s heritage.

More Information on The Story of Bob Waterer and his Family article by Nan Bosler and our Bob's Profile.

Report and Pictures by A J Guesdon, 2011