Chartered in 1975 the Zonta Club of our Northern Beaches brings together the intelligence, energy and acumen of some of our great women. With members who are professionals in academia, nursing, accounting, the law, small business, book editing, information technology, music, optometry, economics, administration, medicine, art, fitness and real estate, the range of knowledge and experience represents the infrastructure of community itself. Pittwater ladies Dorothea Mackellar and her best friend and frequent visitor Ruth Bedford were among those to establish a Zonta Club in Sydney during the 1920's and although this had to be re-established a few decades later, women supporting women has long been part of the Australian ethos.

On Australia Day 2012 the ZCNB International Women’s Day Breakfast was awarded a ‘High Commendation’ award for the Pittwater Council Community Event of the Year. Also in 2012 the annual Zonta NB breakfast was the place where it was announced Cr. Patricia Giles was the Pittwater Woman of the Year, recognising decades of service to community. Cr. Giles expressed feeling overwhelmed in joining the ranks of women who have previously received this award but with service to others forming an integral part of all Zonta Club activities, Patricia represents a great example. 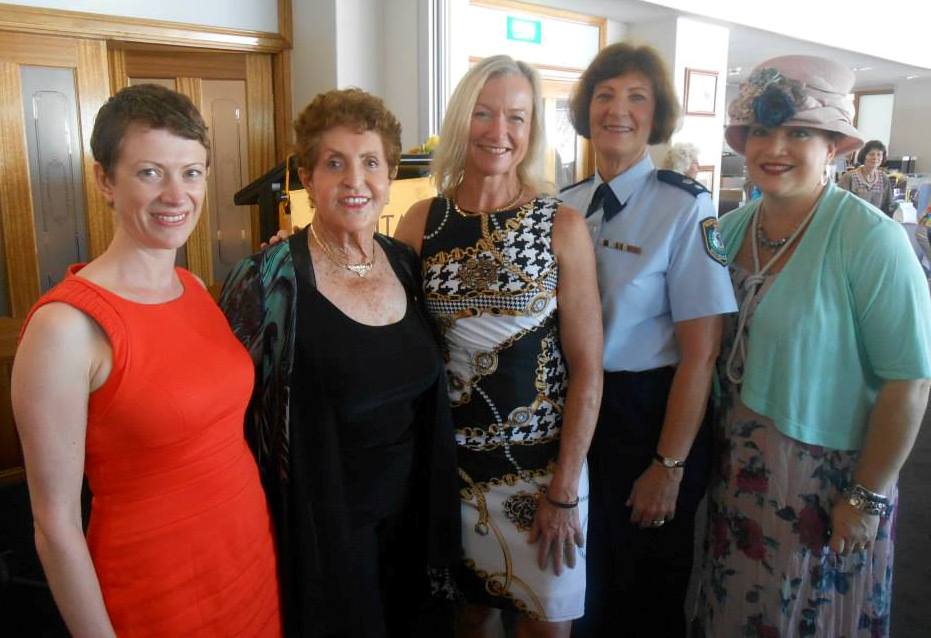 This year the club itself has been recognised, MP for Pittwater Rob Stokes announcing on March 6th:

Volunteer members of the Zonta Club of Northern Beaches were today acknowledged as the first ever joint-recipients of the Pittwater Woman of the Year award.

The annual award, which recognises the outstanding achievements and contributions of local women, was accepted on the group’s behalf by Club President Bernardine Guy.

“This is one of the most energetic, passionate and effective volunteer groups in our community,” Rob Stokes said today.

“With the loyal assistance of countless supporters throughout our community – the group has been able to directly assist women in our local area, as well as in remote corners of the world.

“There’s no time wasting or hidden agendas with this group – they simply raise funds, raise awareness and provide support.

“The work they do to fund, prepare and dispatch birthing kits to women in developing countries is not only inspiring – it’s also a powerful way of connecting communities at opposite sides of the world.

“This award is a great way to acknowledge their inspirational efforts and the positive messages they spread throughout our community,” Rob Stokes said.

Among its initiatives is The Amelia Earhart Fellowships Program, launched in 1938,  which commemorates groundbreaking aviator and Zontian Amelia Earhart.

From the Zonta Organisation website: ‘Ellen Parks, then serving as Zonta International President, remembered, "At that time few women considered a career in aerospace engineering, yet not one voice of doubt was raised as to the success of such a scholarship."

To celebrate this year's recognition, a reprise of a 2012 Profile of the Week:

Zonta exists to advance the status of women worldwide. "Zonta" is derived from a Lakhota word (Teton Dakota), a language of the Native-American Sioux peoples, meaning honest and trustworthy. It was adopted in 1919 to symbolise the combined qualities of honesty and trust, inspiration and ability to work together for service and world understanding. There are 30,000 members in 1200 Zonta clubs in 63 countries

In May 2012 the WHO (World Health Organisation) has estimated that approximate 1000 women die each day from childbirth (HERE ). Zonta Birthing Kits -what is in these and how do they work?

They contain a 1m x 1m plastic sheet for the mother to lie on, a piece of soap, 2 gloves, 3 gauze squares, 3 cord ties or 2 clamps and  a sterile scalpel blade. All of this is contained in a small press seal plastic bag. 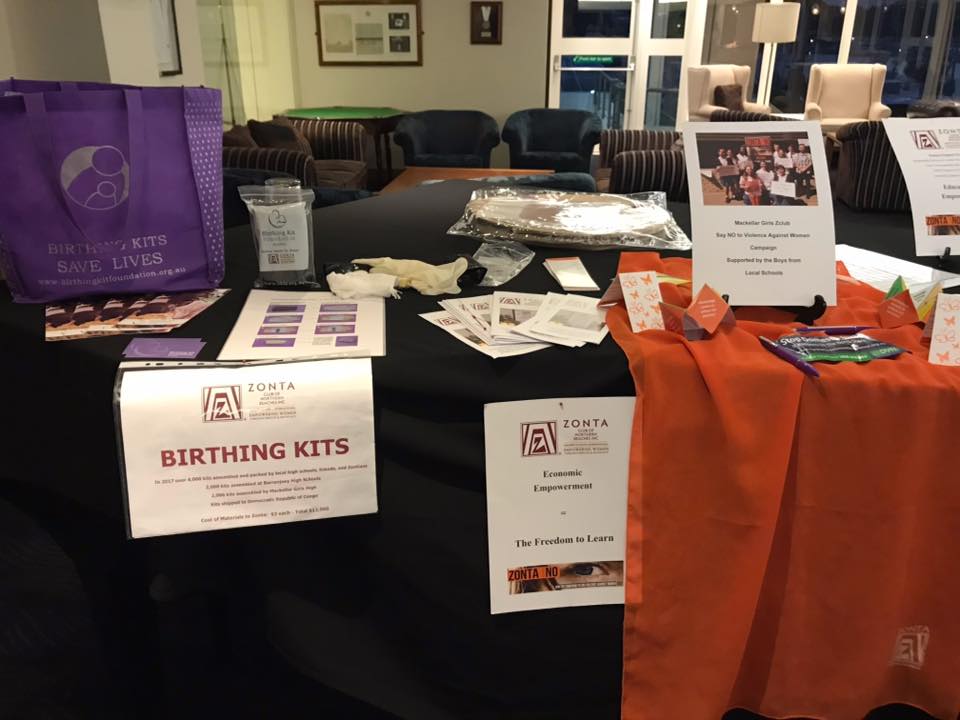 Together with local high schools, we assemble birthing kits to be used in developing countries. 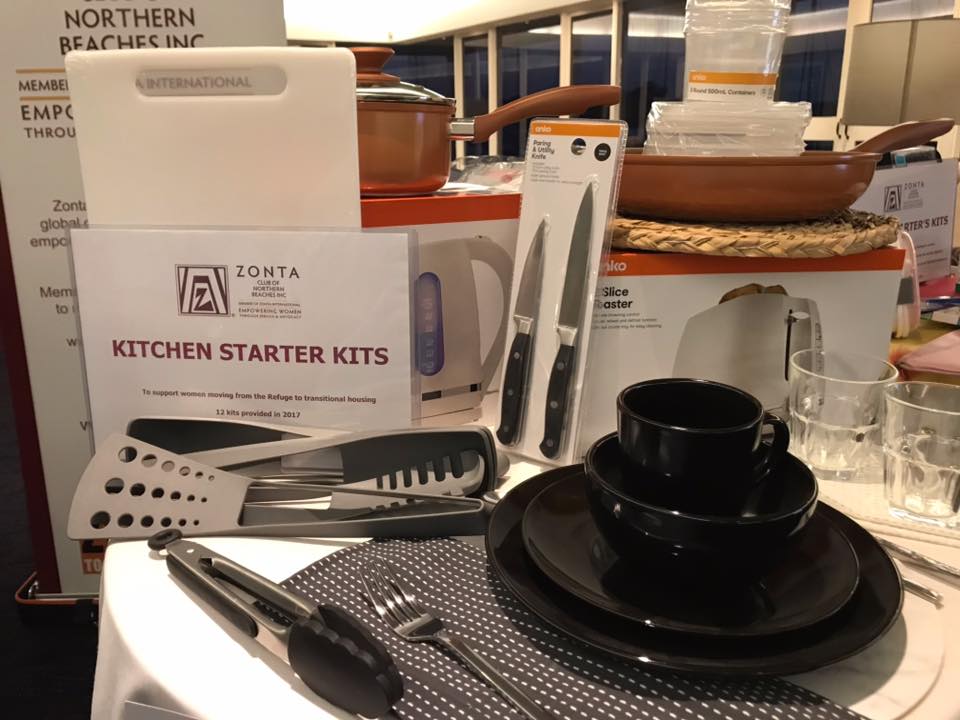 Zonta Breast Care Cushions are a great comfort to women who have undergone breast surgery. The cushions are made by members and women in the local community, and are given free of charge to local hospitals. Since 2005, our club provided approximately 1300 cushions. 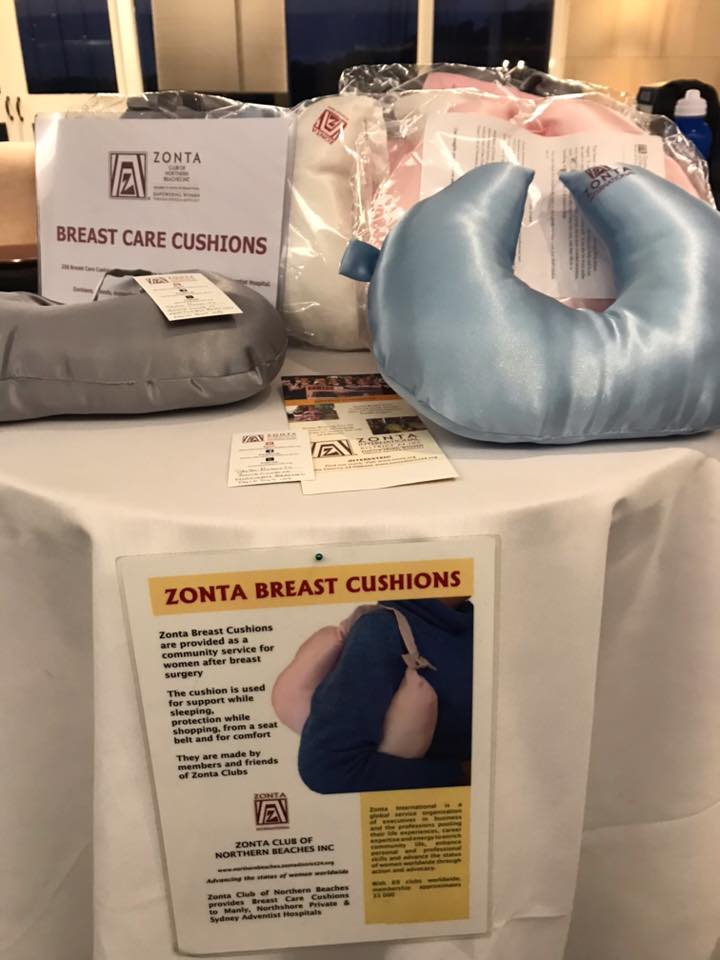 What fundraising assists the work of Zonta here on the Northern Beaches?

To support our projects, our club needs to raise money. This money is in the form of grants and fundraising. Dee Why RSL have been very generous in providing money that we have used to support our study grant and student support recipients. Fundraising is through our annual Trivia night at the Mona Vale Memorial Hall, the annual IWD breakfast, Australia Day Breakfasts (in conjunction with other service clubs) and other fun activities.

You have a dinner every 4th Monday. What happens at these?

How do people become Members or help?

We are always looking for the next generation of community-minded, professional women to continue the service and advocacy work of Zonta in our area and beyond. Don’t hesitate to contact us if you have an interest in becoming a Zonta member or just want to help support our work.

You don’t need to be a member of a Zonta club to contribute to Zonta’s efforts to improve the lives of women and girls. Service projects always need money – your donation to Zonta’s work in general or to a specified local or internal project is welcomed. 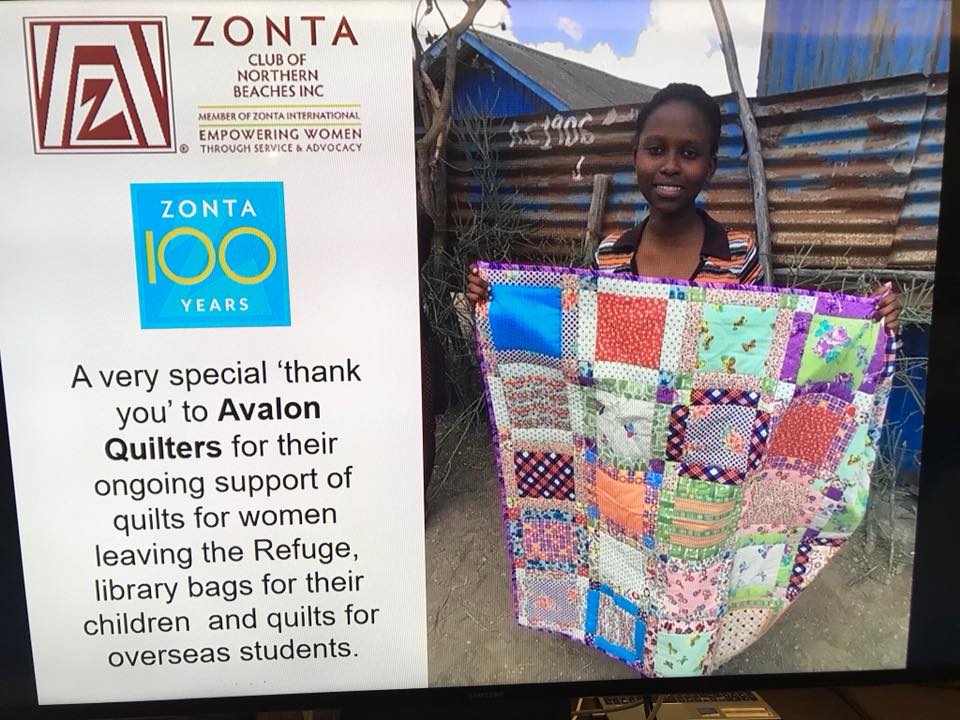 Zonta International seeks to provide opportunities for women through a number of educational programs and awards.

Established in 1938 in honor of famed pilot and Zontian Amelia Earhart, the Amelia Earhart Fellowship is awarded annually to women pursuing Ph.D./doctoral degrees in aerospace-related sciences or aerospace-related engineering. The Fellowship of US$10,000, awarded to 35 Fellows around the globe each year, may be used at any university or college offering accredited post-graduate courses and degrees in these fields.

Diane Lemaire: Diane Adrienne Lemaire (2 February 1923 – 27 October 2012) was an Australian aeronautical engineer. She was the first woman to graduate from the University of Melbourne with a degree in engineering. Lemaire was awarded the Amelia Earhart Fellowship from Zonta International in 1962.

Diane attended St Catherine's School in Toorak, Australia. She attended the University of Melbourne and was a resident at Janet Clarke Hall. In 1944, she was the first woman to graduate with a Bachelor of Mechanical Engineering from the University of Melbourne. She later attended Cornell University and graduated with a Master of Science. Her thesis title was On the Question of the Existence of a Homogeneous Solution to the Equation for the Flow over the Shrough of a Ducted Propeller.

Lemaire worked as a Technical Officer at the CSIR Division of Aeronautics (later the Aeronautical Research Laboratories). After World War II, she worked at the National Physical Laboratory in England, them, following her Masters at Cornell, returned to the Aeronautical Research Laboratories, where she worked until her retirement in 1986. Following her retirement, Lemaire concentrated on breeding Lhasa Apso dogs.

She died on 27 October 2012, aged 89. In her will, dated 18 August 2010, Lemaire left a bequest of one fifth of her residuary estate to the Faculty of Engineering at the University of Melbourne, to support research in the field of fluid dynamics. The Melbourne School of Engineering established the Diane Lemaire Scholarship for female PhD students who have completed the equivalent of at least six months candidature and is awarded on the basis of academic merit, the quality of their research, the strength of a personal statement and their resume, including any publications.

The Jane M. Klausman Women in Business Scholarship program helps women to pursue undergraduate and master's degrees in business management and to overcome gender barriers from the classroom to the boardroom. Since the program's inception, Zonta has awarded 357 scholarships to women from 47 countries.