During the first month of Spring we glimpse scenes from the lives of women who inspire what Spring means; poetry, botany, cooks of the season's fruits. Those who have lived in and loved and visited Pittwater, whose laughter still echoes on the wind, help us celebrate the ever-renewing Spring. 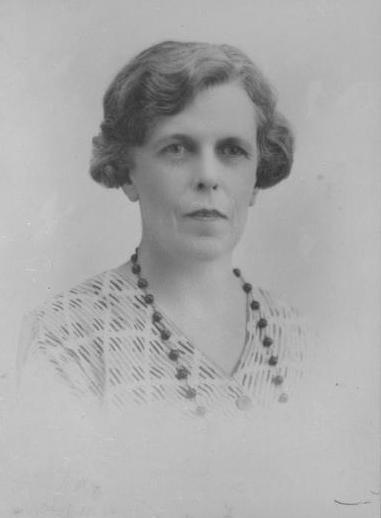 SURFING MORNING.
Blue and white the sea is; blue and white the sky;
Softer than the flight of birds the little breezes fly;
The very clouds are flecks of light, the sand is warm and gold,
And you and I this morning are six and five years old!

Take my hand and run with me!
Now the waves begin;
Quickly through the shallows-deeper, deeper in!
The laughing water plays with us, splashes us with spray.
Leaps at us and knocks us down and rolls our years away.

BUSH FLOWERS.
Now is the bush all foaming full
Of flowers we love and long to pull,
The sweet boronia, pink and white.
And crimson bottle-brushes bright.

And all the hundred flowers, so small .,
A child can scarcely find ' them all,
While the tall blossoms overhead
Their wild, delicious perfume shed.

When Spring is whispering, all astir,
(O the dear young voice and the joy of her!)
When the poorest tree has its gift of green,
And the blood runs swift and the pulse is keen,
Then clear from the heights rings a glad new cry
And swift through the heart of us Joy rides high.

Out ! for the morning is bright once more,
There is life on the hills, in the woods, on the shore;
The warm waves dance, and we're strong of limb,
And the wine of life's at the cup's gold brim,
And we're one with Youth that can never die,
And Joy rides ever, and Joy rides high !

Poet, playwright, conservationist, fiction and article writer, lover of the bush and bush flowers, and acting, Ruth Marjory Bedford was also a lifelong friend of Dorothea Mackellar (b1885). These two used to drive into the bush outside the city of Sydney to ‘play’ imagined characters they had created together. They later collaborated on two books together based on these created characters The Little Blue Devil (London, 1912) and Two's Company (London, 1914).

Born into an affluent family, Ruth was educated at home by governesses beside sisters Sylvia and Alfreda.

Her first book Rhymes by Ruth, was published when she was only 11 years old. All her life she wrote for children as much as adults. A lover of the bush, especially its bush flowers, an avid swimmer and ‘surfer’, Ruth Marjory Bedford pursued a professional career as a writer and promoting Australian literature and literacy. In 1931 she co-founded with her best friend Dorothea the Sydney branch of the London-based international literary society, PEN-an acronym for Poets, Essayists, Novelists. Spring remained one of her favourite subjects in verse and from the early 1920’s to 1930’s many of her verses celebrated the bush and all its flowers or the sea. She was also a correspondent for SMH during overseas travels of 1912-1914 and had her poems published by the SMH for over thirty years.

Although she resided at Edgecliff in her latter years, a short way from Coogee’s waves, her references to bush flowers, and regular swims with Dorothea would also have made her a guest at Tarrangaua, the home overlooking Lovett Bay built for Dorothea in 1924.

Miss Ruth Bedford and Miss Dorothy Mackellar, have put their heads together, and are writing a novel. Miss Mackellar, knows as much about the North West plains as most of us, and more than most about Boggabri and district. CHATTER (1929, December 12). The North Western Courier (Narrabri, NSW : 1913 - 1955), p. 1. Retrieved from http://nla.gov.au/nla.news-article133496805

Another arrival from England during the week was Ruth Bedford, author of several books of children's verse . . . she has been away 18 months, and was in Stockholm to attend a world congress of the P.E.N. Club when war was declared.

Sir,-All decent people must be ashamed at accounts of the lack of public response to the surf lifesavers’ modest appeal for funds.
That this splendid body of young men, who-unlike many motorists-save lives every week, instead of ending them, should have to ask for money at all is unbelievable, especially as the money is not for themselves, but simply to buy necessary equipment.
Ingratitude and meanness used not to be Australian characteristics, yet when one thinks of the thousands who surf and the few who have given even a shilling one is filled with anxiety as well as shame.
RUTH M. BEDFORD, Edgecliff.
Lifesavers. (1952, January 3). The Sydney Morning Herald (NSW : 1842 - 1954), p. 2. Retrieved from http://nla.gov.au/nla.news-article18262589

Ruth Bedford threads collected and collated by A J Guesdon, 2011.