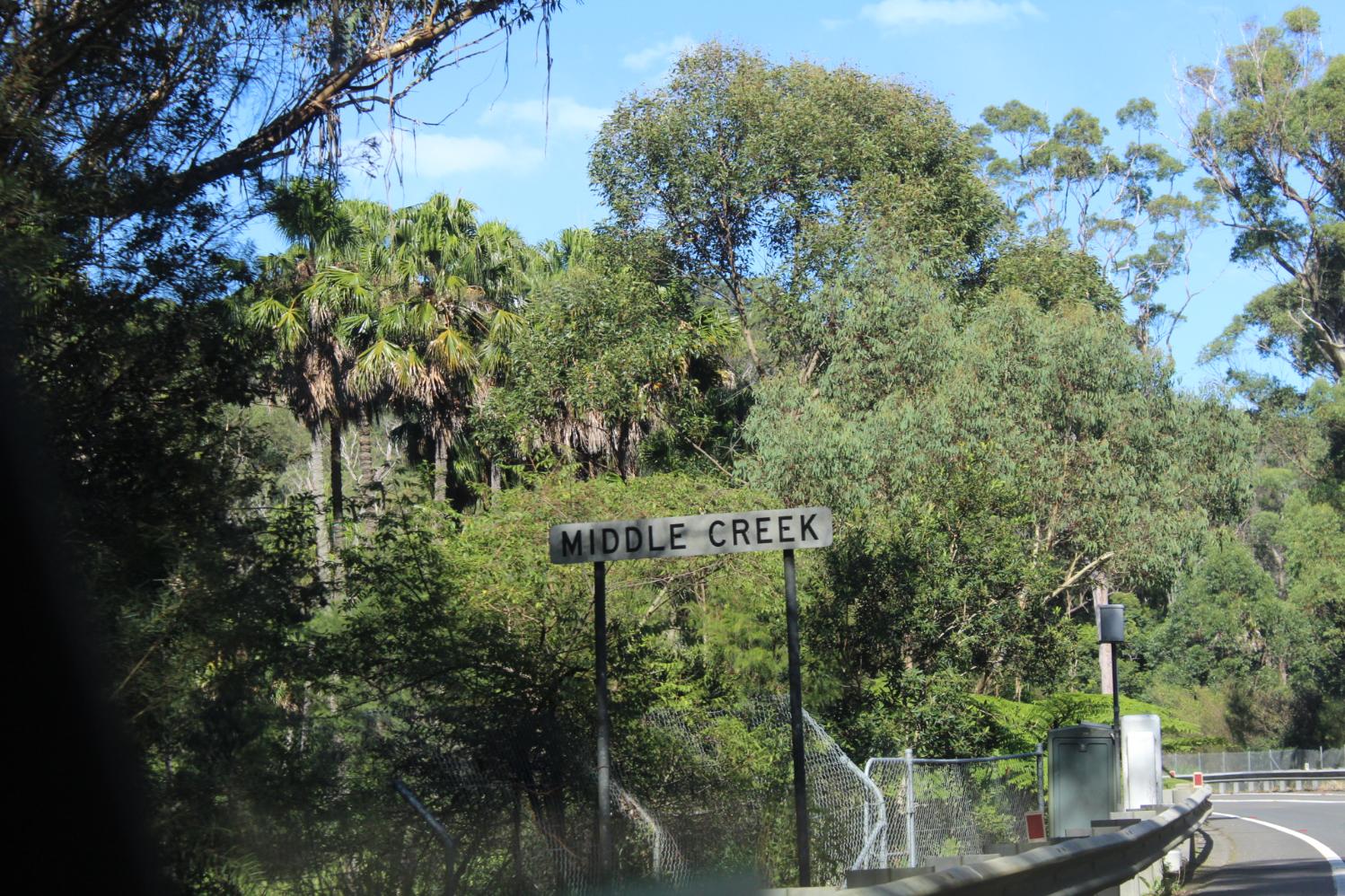 During the 2022 federal election the Labor party announced it would target some of the previous government's grant programs that it believed were an attempt to win votes and weren't value for money.

Following through on that it's cancelled around $2 billion in grants that were promised by the Coalition in its Budget announcements.

Some of these projects are from the Urban Congestion Fund and include commuter car parks, road upgrades and rail projects. The Urban Congestion Fund (UCF) was established in the 2018–19 coalition Budget. The stated objective of the UCF was to ‘support projects to remediate pinch points, improve traffic safety and increase network efficiency for commuter and freight movements in urban areas’. Total funding for the UCF had grown from $1 billion to $4.8 billion by March 31st 2021.The $660 million National Commuter Car Park Fund was a component of the UCF.

The Urban Congestion Fund was the focus of an audit by the Australian National Audit Office (ANAO) in 2021 that found the Department of Infrastructure’s administration of the commuter car park projects within the Urban Congestion Fund was not effective and that the department’s approach to identifying and selecting commuter car park projects for funding commitment was not appropriate and that it was not designed to be open or transparent.

After discussions with the states and territories, some spending has been moved into future years when the market will have greater capacity to support elevated levels of investment.

The Government is also closing down the Urban Congestion Fund and cancelling a number of the Coalition’s most egregious commuter car park projects.

Opportunity and connection come from good infrastructure. Making good decisions now is critical to making sure no one is held back and no one is left behind.’’

On March 28th 2022 then incumbent MP for Mackellar Jason Falinski announced a $150 million upgrade for Wakehurst Parkway which was specifically for, according to the announcement; widening to the road to two lanes in both directions at Warringah Road, a new pedestrian and cycle bridge, connecting Aquatic Drive and Fitzpatrick Avenue East, and new fauna rope crossings. Half of the money was to come from the then coalition government and the other from the NSW state government.

Mr. Falinski commented that the road widening may even reach to Oxford Falls, if the funds allowed that.

These listed works also formed part of what was announced for the Beaches Link project, including a modification of the pedestrian and cycle bridge, connecting Aquatic Drive and Fitzpatrick Avenue in October 2020 and again in January 2022.

Although touted at first as 'fixing Wakehurst Parkway flooding' so people north of the Wakehurst Parkway could access the Northern Beaches private Hospital, the works were not where the flooding occurs, further north towards the Narrabeen end of the parkway.

The works would also help with forwarding aspects of the NSW State Government's Frenchs Forest Precinct plans for 2000 new houses and/or units. As the main body of Narrabeen lagoon is fed by stream flow that drains of surrounding elevated suburbs, and the NSW Government facilitating not only the FF Precinct but proposed housing developments on MLALC lands in the same vicinity, the water runoff through these creeks and bush areas will only increase.

On April 10th then prime minister The Hon. Scott Morrison called the election.

After the Budget announcements made this week it was confirmed that the federal component of that Wakehurst Parkway funding had been scrapped.

''However it is important the people of Mackellar know the facts. The $75 million in funding was originally allocated by the Morrison Government in their pre-election budget on the basis that the Northern Beaches Tunnel was going ahead. However the NSW Liberal State Government broke their promise to the people of the Northern Beaches and cancelled the project. This broken promise by the NSW Liberal State Government has led directly to the withdrawal of this funding.

I made strong representations on behalf of the people of Mackellar to both the Infrastructure Minister and the Treasurer in an attempt to save this funding, despite the NSW Government’s broken promise.

It is now clear the Commonwealth money was not originally allocated for flood mitigation works but was allocated to prepare southern sections of the road near the Northern Beaches Hospital for the now cancelled Northern Beaches Tunnel.

Both the Albanese Government and the Perrottet Government must do more to fix the major issue facing the Wakehurst Parkway – the recurring flooding that leads to its closure. It is unacceptable that one of the major arterial roads leading to the Northern Beaches’ only public hospital is closed multiple times every year due to flooding.

After decades of inaction from successive state and federal governments, I will continue to pressure both the Perrottet and Albanese Governments to fix the Wakehurst Parkway. ''

The Beaches Link - Gore Hill Freeway connection has not been scrapped, according to the state government, it has been put on hold, through advice provided by a report penned by Infrastructure NSW, released in May 2022, which recommended shelving some "mega-projects" in favour of smaller projects that provide "higher paybacks" - such as those that will facilitate housing developments in Western Sydney.

Infrastructure NSW's 2022 State Infrastructure Strategy recommended the project be re-sequenced to avoid delivery risks caused by complexity and a shortage of skilled labour.

The 2022-23 NSW budget allocated $1 million toward planning for the Beaches Link. The allocation followed the NSW Government’s announcement that delivery of Beaches Link would be delayed due to market constraints.

The day after Dr. Scamps, MP for Mackellar expressed her disappointment at the loss of the funding, Minister for Infrastructure and Member for Pittwater Rob Stokes said the upgrades were crucial for safety and easing congestion.

“While the NSW Government will honour our $75 million commitment, the withdrawal of Federal funding by the Albanese Government is a major blow to the people of the Northern Beaches,” Mr Stokes said.

“I went to Canberra in advance of the budget to discuss the funding for the Wakehurst Parkway with the Federal Minister for Infrastructure and Transport Catherine King, arguing it was desperately needed.

“The Independent Member for Mackellar Sophie Scamps’ claim that the NSW Government is to blame for Labor’s decision to withdraw funding for the Parkway is farcical. The deferral of the Beaches Link has nothing to do with the upgrade of the Wakehurst Parkway – two separate roads and separate projects.

“I’m disappointed that Dr Scamps has gone personal. For my part I think she’s a lovely person. Ultimately, my experience is that the community will judge you not on who you blame or what you say, but on what you deliver for them.

“We really need Dr Scamps to hold her Federal Parliamentary colleagues to account and contribute to the upgrade of the Wakehurst Parkway, rather than make excuses for them.” Mr. Stokes said

Minister for Metropolitan Roads Natalie Ward said the NSW Government had already contributed towards safety upgrades on the Wakehurst Parkway.

“The NSW Government is providing more than $500 million for road improvements on the Northern Beaches, including $18 million already provided to Northern Beaches Council for flood mitigation on the Wakehurst Parkway,” Mrs Ward said.

“Work on the widening of Mona Vale Road has hit more than 65 per cent completion, which is one of the biggest infrastructure projects in the history of the Northern Beaches.

“The Federal Labor Government has walked away from a project that would have improved the lives of working families on the Northern Beaches by increasing safety and reducing congestion.

“It is unfortunate that the Independent Member for Mackellar felt it necessary to make a misrepresentation about Beaches Link.

“I am disappointed that since Dr Scamps has come into office, it has taken just one Federal Budget for people on the Northern Beaches to be forgotten by the new Labor Federal Government.”

'The NSW Government remains committed to the Beaches Link project as the third part of the Western Harbour Tunnel and Warringah Freeway Upgrade packages of works, which will be vital connections for our growing city.' the issued statement reads

The $18 million provided to council was for flood mitigation works that would reduce, as the council pointed out, but not stop flooding on the parkway.

The list compiled from feedback sent in to Pittwater Online from community groups for reducing (not removing) the numbers of days per year that the Wakehurst Parkway is closed due to flooding included:

1. None of the presented proposals will prevent ALL flood events along the Wakehurst Parkway, particularly if you take into account the increasing frequency of flood events predicted due to Climate Change.

2. In common parlance, the proposals are "Band-aid Solutions" that fit within the given budget provided by the Roads and Maritime Services (RMS) for now.

3. Wakehurst Parkway is a STATE road and, with the Hospital and proposed Frenchs Forest area development at the top of the hill, the Parkway is a crucial link that needs to be properly funded by State Government.

4. The Northern Beaches Council has been requested to provide solutions that involve using the surrounding bushland - letting the RMS off the hook from having to do anything about the road itself.

6. The flooding occurs at several different locations along the Wakehurst Parkway.

7. ALL the given proposals involve serious environmental disturbance including

a)  removal of large areas of bushland and

8. There is no discussion of other solutions to the flooding issues - such as raising the road or building bridges at critical points.  The RMS has studied some of those solutions and concluded that they are too expensive but there is no mention of them in the current list of options.  The public deserves to know the cost of doing the flood proofing PROPERLY.

9. If the road were elevated by bridges, animals could move through underneath.  The road needs to be redesigned to allow for animals to move safely from one area of bushland to another.

10. It is not a satisfactory process to ask the public to choose between bad solutions and worse solutions without revealing the costs and the environmental impacts of a good or better solution.

The works were subsequently carried out by council but the flooding continued prior to, during and after. PON report March 2022; Renewed Calls To 'Fix' Wakehurst Parkway Following Rain Event Provide Short-Term Mitigations Ensuring Long-Term Recurrence

Wakehurst Parkway has been closed this year on:

That's around 23 days in total, so far, not including closures this year due to terrible accidents on this road, particularly at 'the bends' where water still is on the road after flood/rain events. With another wet Summer forecast, and more flooding coming in the future, the community continues to reiterate what it has been stating for decades now;

PLEASE: BUILD THE ROAD BRIDGES - DO NOT DESTROY THE PARK - the community north of Narrabeen should not have its hospital taken from it if fast and safe access to another is unavailable so frequently. An ambulance may be fitted out to deal with any emergency, however, it is not a hospital and being able to access the same.

The sentiment is residents have paid their taxes, paid their rates, and been way too patient for far too long. Roads should not be upgraded solely when they will facilitate more development and generate more billions for government, they should be maintained as a priority all year round - and especially when they are the fastest access route to a hospital that may save your life.