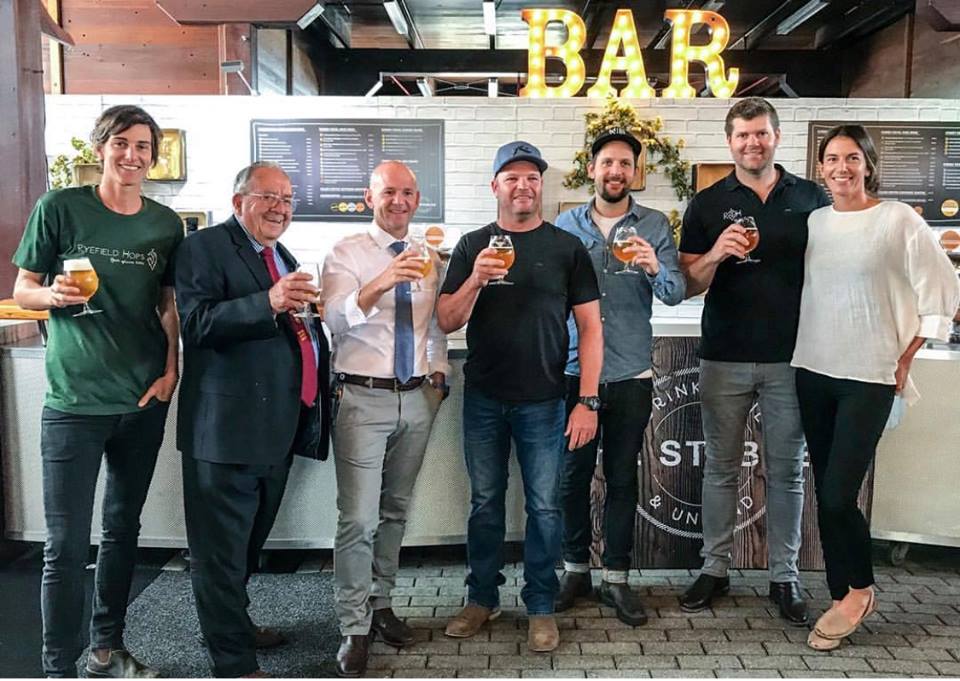 The Cascade Hops to be used for the ‘Showstopper’ were freshly harvested and deliver to the crew at M.O. Brewing in late February, 2018.

Trevor & Chris have had a long association with the Western Districts and the Show.

Sydney locals Grant & Jaz Wearin head up Modus Operandi Brewing in Mona Vale. M.O. Brewing was established in 2012 specialising in the art of craft beer, using first class materials and practices. M.O. Brewing has competed in the Sydney Royal Beer & Cider Competition since 2014 and in 2017 took out the title for Best NSW Beer with their Former Tenant Red IPA.

The Sydney Royal Easter Show Pale 'Show Stopper' is an easy drinking craft beer that will appeal to the masses and will leave you wanting more.

More in the video below

Where: The Stables, Hawkesbury Street, When: Daily, 11am 'til late

The gourmet food and wine section of the Show is moving from the great outdoors into this premium pavilion space. Here you can enjoy beer, cider and wine by the glass or try something new at the whisky, gin and rum bar. The venue will also feature pop-up eateries, chic food stalls and the Sydney Royal Corner Store.

The Greatest Easter Show Spectacular doesn’t get its name without some jaw-dropping performances. In the center of the main arena will be the Show’s very own purpose-built hot air balloon, with trapeze artists performing maneuvers on silks suspended from the balloon, gymnasts on horses and the Double Wheel of Death. With other entertainment highlights ranging from animatronic animals to the new Coca Cola XSCREAM Soundwave, the Paw Patrol Circus Parade and Psycho Sideshow, there truly is something for everyone.

Hit attraction Little Hands on the Land is back again this year and bringing its big brother Farm of the Future along for the ride. So whether it is venturing into the changing world of Ag-Tech or taking a step back in time at the 1950s Heritage Pavilion you like, we’ve got you covered. Plus, how can anyone resist the Farmyard Nursery or gaining some culinary tips from Women’s Weekly Theatre Kitchen.

The Foodtruck Feed Lot is bound to be one of the main eating grounds at this year’s Show. Over 18s can then head over the road to The Stables and enjoy a Show Stopper Beer. Made from all NSW ingredients it’s the craft beer of choice at this year’s Show. If you feel like giving back, head over to the Big Bush BBQ to grab a snag with all proceeds going to a range of rural and regional Shows. Not for the faint hearted, Donut Pies are on the tip of everyone’s tongues this year with the Bianco Spaghetti Bun Burger not far behind. So, do you prefer your coffee in a cone or ice cream in a Stroopwafle?

ANNOUNCEMENT: South East Queensland have been announced the winner of the 2018 District Exhibit Competition. Congratulations! 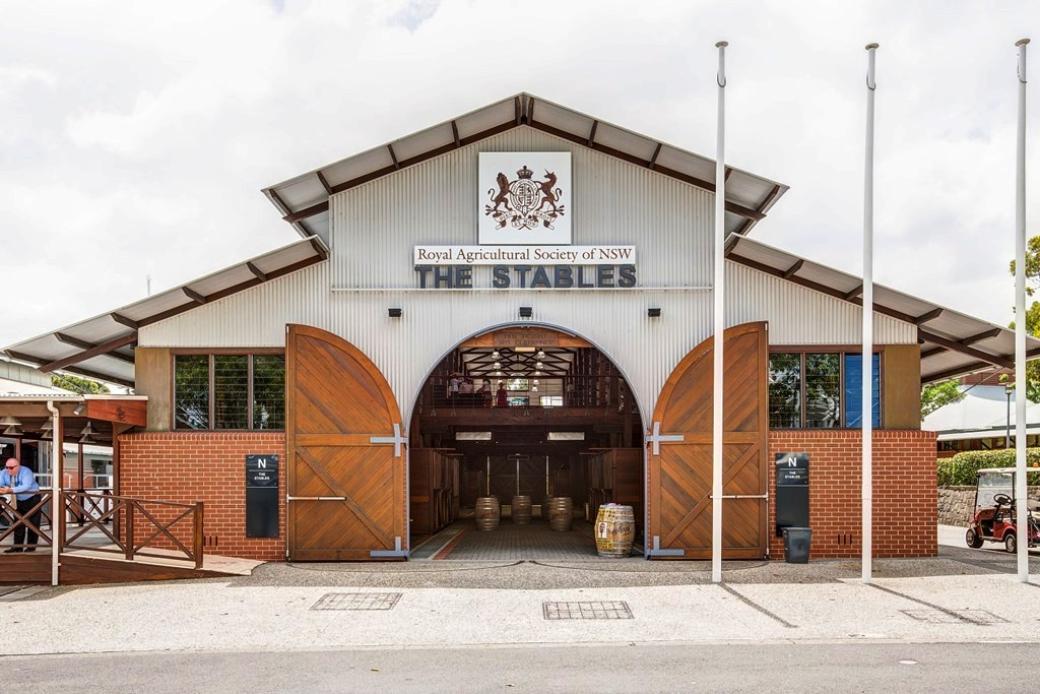 17 November 2017
The Sydney Royal Easter Show's popular new venue ‘The Stables’ has been recognised as “Best New Innovation in Food and Beverage” - (Attendance under 1 million) at the International Association of Amusement Parks and Attractions (IAAPA) Brass Ring Awards held in Florida in the United States.
For many years The Stables was known to showgoers as the temporary home to the popular Clydesdales and the RM Williams emporium.
But at the 2017 Sydney Royal Easter Show The Stables made its debut as a chic two level venue for upmarket food and beverage offerings complete with an old-style barber shop and two bars.
The Stables turned out to be an extremely popular venue for many of the more than 922,000 visitors to this year’s Sydney Royal Easter Show and subsequently saw it become a finalist in the Brass Ring Awards.
Shane McGrath, Senior Manager of Operations and Product Development for the Sydney Royal Easter Show says the Royal Agricultural Society of NSW (RAS) is thrilled with the international recognition.
“To be a finalist was fantastic, to walk away with the title amongst some quality competition is thrilling for all involved,” he said.
“A great deal of research, work and substantial resources went into designing and delivering the new- look The Stables and this international recognition justifies the effort and desire to keep the Sydney Royal Easter Show fresh, while not forgetting our heritage of almost 200 years.
“We’d also like to congratulate the other Australian attractions who have come away from the Brass Ring Awards as winners including Sea World, Movie World and Sydney’s Luna Park.
“It shows that Australia can entertain our guests as well as anyone in the world,” Shane McGrath said.
IAPPA is the leading industry association for amusement parks and attraction in the world representing some 5,300 member facilities and manufacturers in 99 countries.
The full list of winners and categories can be found here.

The Royal Easter Show Began As The Royal Agricultural Society Of NSW - 2014
Roche Family of Bay View - 2015:
The Late Agricultural Show. We regret that we omitted to record in the prize list of the late Sydney Agricultural Show the fact that Mr. J. J. Roche, Bayview, Pittwater, won first prize in preserved fruit in syrup, beating some very choice collections. Mr. Roche also secured second prize in mandarin oranges. Mr. Roche is the owner of a very fine Orchard and poultry farm at Bayview, Pittwater, and he writes that he is bottling his peaches and apricots, and makes it pay well, and in his opinion it is the only way to make fruit pay at the present prices. The Late Agricultural Show. (1895, May 4). Australian Town and Country Journal (Sydney, NSW : 1870 - 1907), p. 48. Retrieved from http://nla.gov.au/nla.news-article71229161
The Royal Easter Show And 125th Celebration Of The Hawkesbury Agricultural College: Farmers Feed Us! - 2016
Ships Biscuits - The At Sea Necessity That Floated William Arnott’s Success - Royal Easter Show Exhibitors - 2016
Butter Churns and Milk Separators: Early Pittwater Dairies - 2018
Pink Marie Stiles Prize Winning Chickens, Little Mackeral Beach (Currawong) - 2018
The original kiosk for the Country Women's Association of NSW at Sydney's, Royal Easter Show in 1948.
Tweet