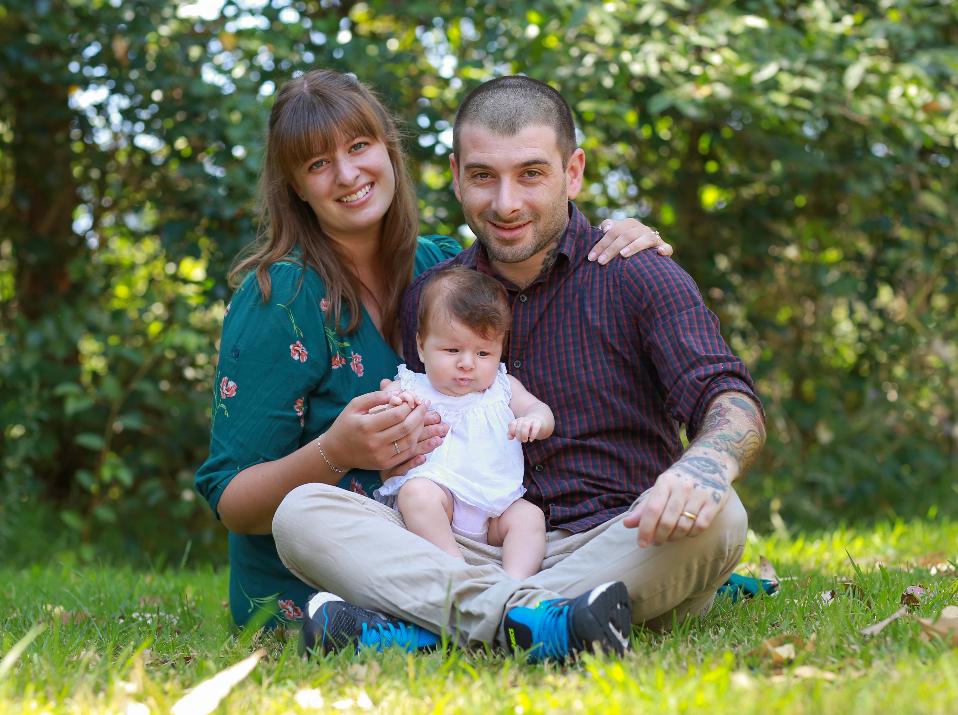 Emma and Hrac Mezoghlian with their 11-month-old daughter.

The new Northern Beaches Hospital had a chaotic opening this week as protesters marked the closure of acute services at Mona Vale Hospital and patients faced problems accessing treatment at the new facility.

Mona Vale Hospital’s Emergency Department and Manly Hospital shut their doors on Tuesday when the Northern Beaches Hospital at Frenchs Forest opened. Patients were transferred there on Wednesday when other acute services at Mona Vale closed.

Since then residents have reported long waits, chaotic scenes, problems using private health insurance and exclusion from some treatments for public patients at the hospital since then.

Avalon accountant John Whitehead, 60, says he discovered six weeks ago that he needed to have a mitral valve in his heart replaced and would require a pre-surgery angiogram as part of that procedure.

Mr Whitehead said his cardiologist booked him in a week ago for the angiogram at NBH and he then completed an admission form online that included details about his NIB health insurance policy.

However, last Tuesday Mr Whitehead had received a letter from the hospital, dated October 27, saying the operator Healthscope did not yet have an agreement with NIB and so he could be out of pocket as a result.

Without effective insurance coverage, Mr Whitehead rang the hospital the next day, electing to be admitted as a public patient for the procedure.

On Friday hospital administration contacted him again to inform him the procedure was likely to cost him $4,945.00.

"I was told that Healthscope isn't allowed to provide interventional cardiology services - including angiograms and stenting - all the things that require access via arteries for public patients,” Mr Whitehead told Pittwater Online News.

"My cardiologist wasn't even aware of it and he's contracted to the hospital.”

Mr Whitehead said he had then spoken by phone to a manager at the hospital who had said NSW Health would not pay the hospital for those operations and procedures on a public patient.

"So in their words, the services provided for public patients in the hospital are a Level 3 and for private, Level 5,” he said.

“It’s not a question you want to be asking when you get in an ambulance: do you have private health insurance?”

Mr Whitehead said his cardiologist regarded his heart surgery as urgent but the debacle over his angiogram had probably added two weeks to his wait for the operation.

"I have serious mitral valve reflux that my cardiologist wants operated on as soon as possible because its' starting to impact on my heart muscle," he said.

On one Facebook page, Lost Manly and the Northern Beaches, many residents posted angry reactions in support of a post from Mr Whitehead about his experiences.

However, Mackellar MP Jason Falinski defended the hospital saying it was not private.

“What is true is that this government wants the best outcomes for the people of the northern beaches and don't care about ideology just outcomes,” Mr Falinski said on Facebook.

“If you want everything run and owned by government there is this country called Venezuela, you can try it out.”

A response to Mr. Whitehead’s experience was sought from NSW Health Minister Brad Hazzard and Healthscope – but was unavailable at time of publication.

One of the first of a number of reports to emerge of problems at the new hospital was in the early hours of Thursday by Hrac Mezoghlian - shortly after he gave up waiting for treatment at NBH and returned home.

Staff at the unit gave Mr Mezoghlian some pain relief but had been unable to test his blood overnight or do ultrasounds and so directed him to Northern Beaches Hospital.

“I waited four hours at Northern Beaches Hospital and left after being told it would still take another three,” Mr Mezoghlian said in his early morning post on the Save Mona Vale Hospital page.

“People were waiting in agony with burns, screaming children etc. Others also walked out untreated because they just couldn’t wait any longer so went home or to RNS (Royal North Shore Hospital).”

Ms Mezoghlian, who had joined a recent Save Mona Vale Hospital picnic and rally with her family, said they had been “shocked to be the crash-test dummies” at NBH.

“I think we knew it would be a private business but it comes back to the issue that we were worried about - people having to triage themselves,” Ms Mezoghlian said.

“We even said last night: ‘At least we know now what to do: just go to North Shore Hospital.’ We won’t bother with Northern Beaches Hospital again.”

Ms Mezoghlian called for the state government to reopen acute services at Mona Vale saying: “I think they’re going to have blood on their hands.”

The community always believed that Mr Stokes’ election promises about saving the hospital included all acute services and retention of a genuine emergency department, the SMVH chairman said.

“His statement has certainly raised the community’s expectations that he’s going to act not just talk.

“Our campaigning will get louder and stronger the longer it takes the government to move forward with a plan to reopen and action to renovate acute services in the lead up to the state election.”

The demonstration against the closure of emergency, surgery, intensive care, maternity and other acute services aimed not to disturb patients being transferred but attracted a chorus of car horns honking support when it moved to Pittwater Road.

However, the gathering also honoured the dedication and service to the community of doctors, nurses, other staff and volunteers since the hospital opened in 1964, Mr Thomas said.

Another rally to protect public maternity services will be held outside Northern Beaches Hospital, on the Warringah Road side from 10.30 to 11.30am today, hosted by Friends of Northern Beaches Maternity Services.

Midwifery Professor Hannah Dahlen, from Western Sydney University will join the rally and address the crowds about the problems with privately-run maternity services. 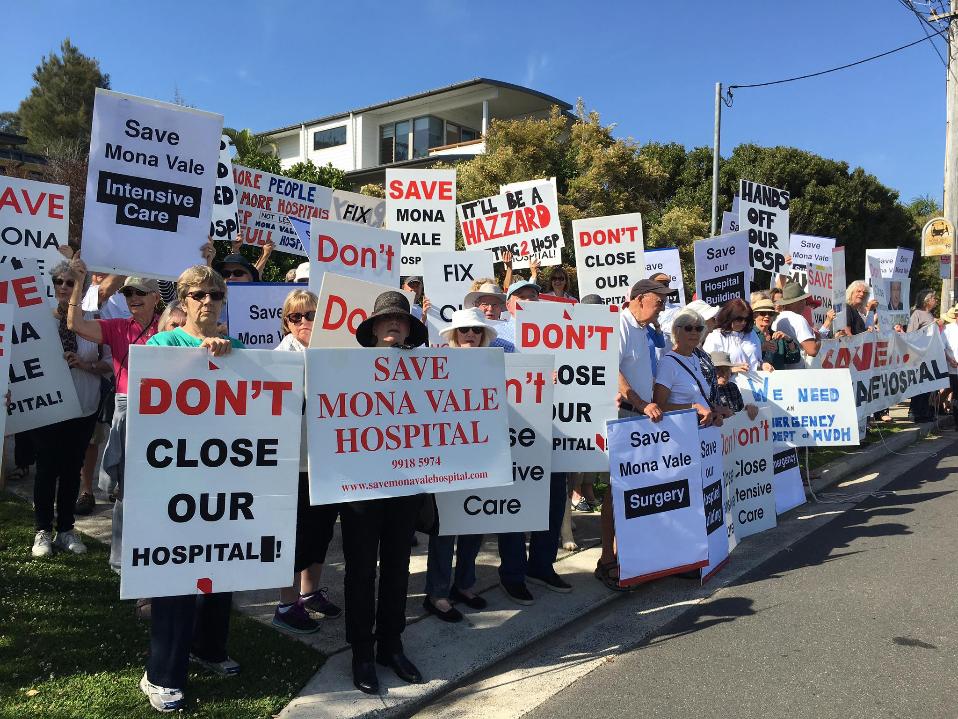