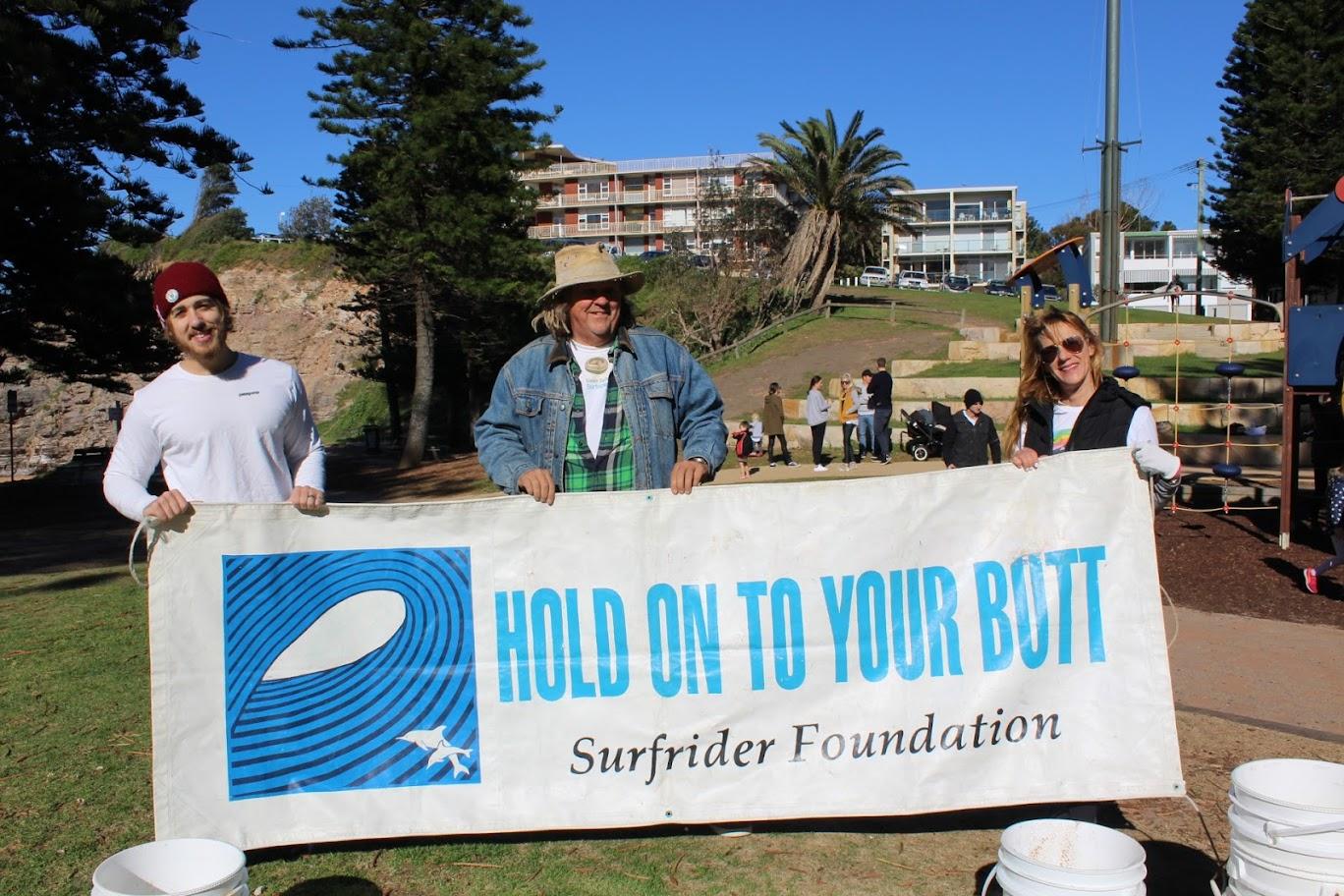 This is because most plastic rubbish we find on Australia’s beaches comes from us, not from other countries. Our new study shows local efforts in waste management have worked, reducing coastal litter by 29% over the last six years.

We found the greatest reductions in litter in the environment when it was simpler to access bins or when people were motivated through economic measures. In essence, these actions either save time or money for people trying to dispose of waste appropriately.

What doesn’t work? Awareness raising without tools or infrastructure to back it up. Messages and reminders don’t work if there are no options at hand.

Plastic pollution is a global crisis harming wildlife, economies and livelihoods. The recent signing of the Global Plastics Treaty has added momentum to the world’s efforts to cut the estimated 6-12 million tonnes of plastic waste entering our oceans every year.

But we still know little about practical ways of cutting the amount of plastic entering the environment outside of rhetorical campaigns to ban plastic.

To find out what works, we focused on local governments. Councils are well placed to tackle the problem, as they are typically at the coal face of waste management. Councils collect and dispose of our waste while also dealing with illegal dumping and litter.

We undertook 563 litter surveys across 183 beaches in 32 local governments. From this, we identified actions with the largest effect on reducing coastal litter. Then we used three established theories of human behaviour to try to understand what makes these local actions successful. 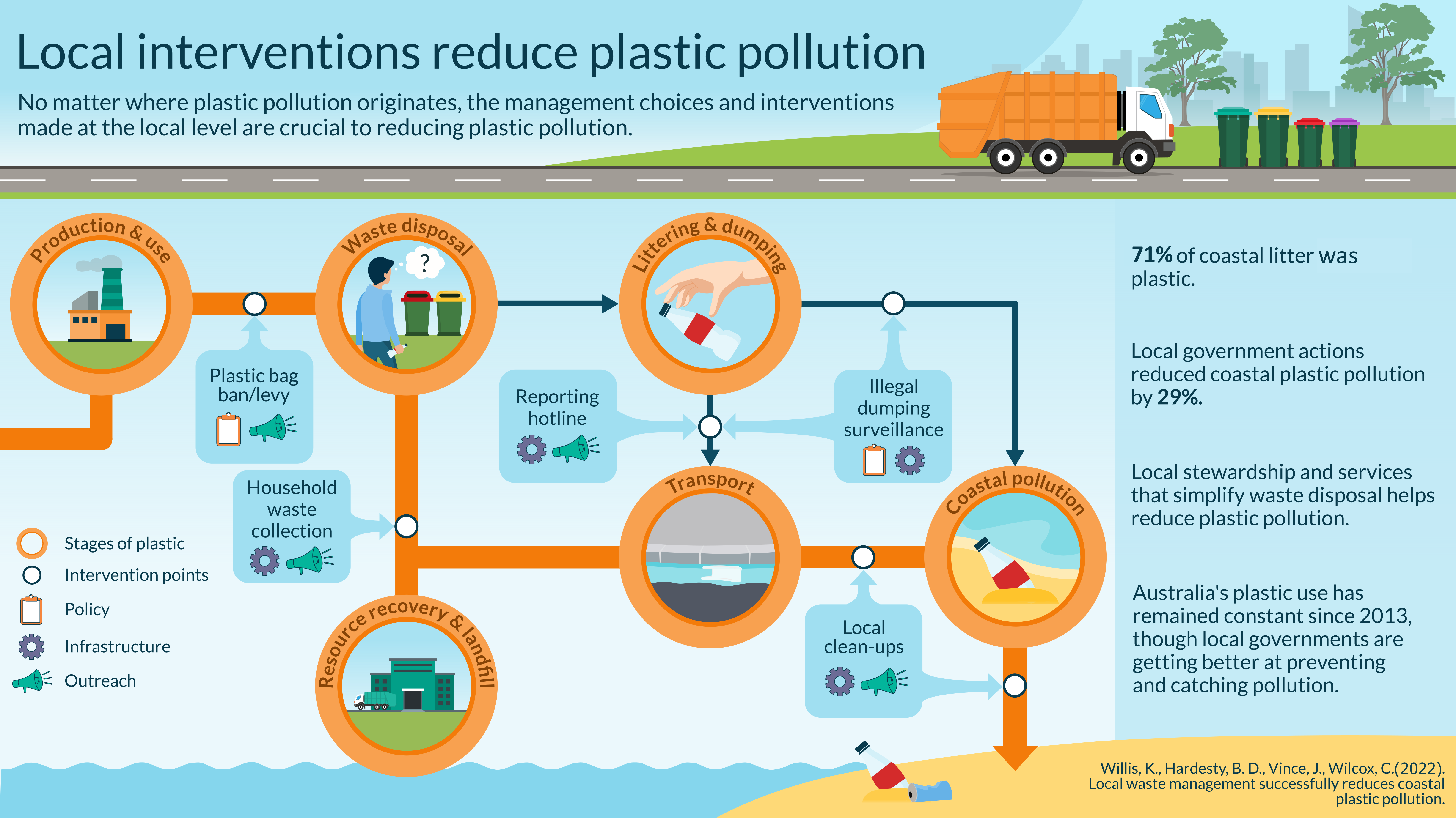 In short, we found the most successful actions either saved time or money for people and local governments trying to dispose of waste in the right way.

We found that, in isolation, efforts to control plastic waste by targeting personal and social norms in the community did not reduce plastic litter on local beaches. This suggests a narrow focus on raising awareness will not work. But when awareness efforts are combined with tools and infrastructure, they become more effective.

Directly involving community members in clean-up activities like Clean Up Australia Day, or programs focusing on dumping and littering also helped keep our coastlines cleaner. Such programs encouraged people to watch for and report litterbug behaviour through hotlines.

Changing how we think of plastic

To keep reducing waste around Australia, we need to transform our relationship with plastic. If we stop viewing plastic as a disposable commodity and start recognising its value, it will become something too good to throw away.

One of the biggest positive local government changes we saw was the shift towards collecting different streams of household waste and recycling. Local governments and the public are moving away from a collect and dump mindset to a reduce, sort and improve approach.

Many Australian households now have three or four bins to separate glass, green waste (often with food scraps) and paper from their general waste and mixed recycling. These bins not only make it easier for us to separate and discard our waste properly, but well-separated waste and recycling streams make it easier for local governments to produce revenue from rubbish.

Although litter is now declining along our beaches, we still have a long way to go. We’ve found high levels of plastic near our major cities and along remote coastlines, such as the west coast of Tasmania and the Gulf of Carpentaria. Pollution in remote areas is largely due to lost and discarded fishing gear washed up in remote areas.

By contrast, we can do a lot more to tackle hotspots closer to home, such as waterways and bushland near major population centres.

In Australia, we find more litter in socially and economically disadvantaged neighbourhoods as well as along our highways and in car parks and retail strips. By contrast, we find less in areas we associate with higher aesthetic and cultural values such as beaches and parks.

Interestingly, economically disadvantaged areas seem to benefit the most from container deposit schemes and other economic incentives. These incentives appear to shift the behaviour of litterers and create an incentive to collect containers left in the environment.

It is encouraging to know we are the main source of plastic on our beaches. We have the power to change what happens locally. We don’t have to wait for global-scale action on plastics.

On this front, Australia has changed quickly and for the better. Our local governments and environmental groups can guide us to make wise decisions on waste. 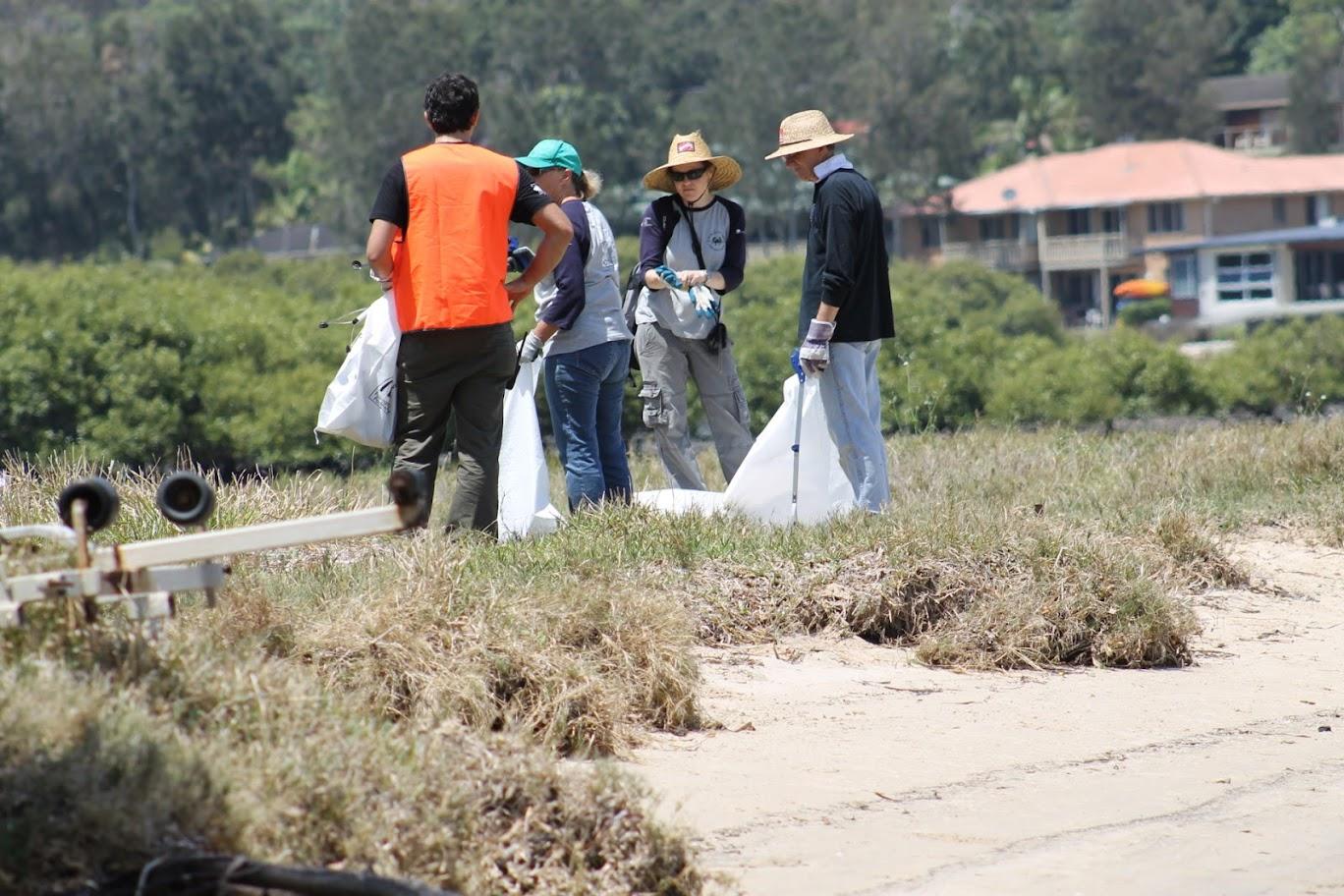 Plastic On Australia's Beaches Cut By Almost A Third

CSIRO Chief Executive Dr Larry Marshall said the results showed what could be achieved with a Team Australia approach.

"While we still have a long way to go, and the technical challenges are enormous, these results show that when we each play to our individual strengths, from community groups, industry, government, and research organisations, and we take the field as Team Australia – then we can win.

"Through our recently launched Ending Plastics Waste Mission, we're each keeping a laser sharp focus on bringing together the best of ourselves across science, innovation and technology, to clean up our oceans and beaches for all Australians."

The study, published in the journal One Earth, builds upon CSIRO's extensive coastal litter surveys completed in 2013, and includes 563 new coastal surveys, and interviews with waste managers across 32 local governments around Australia. 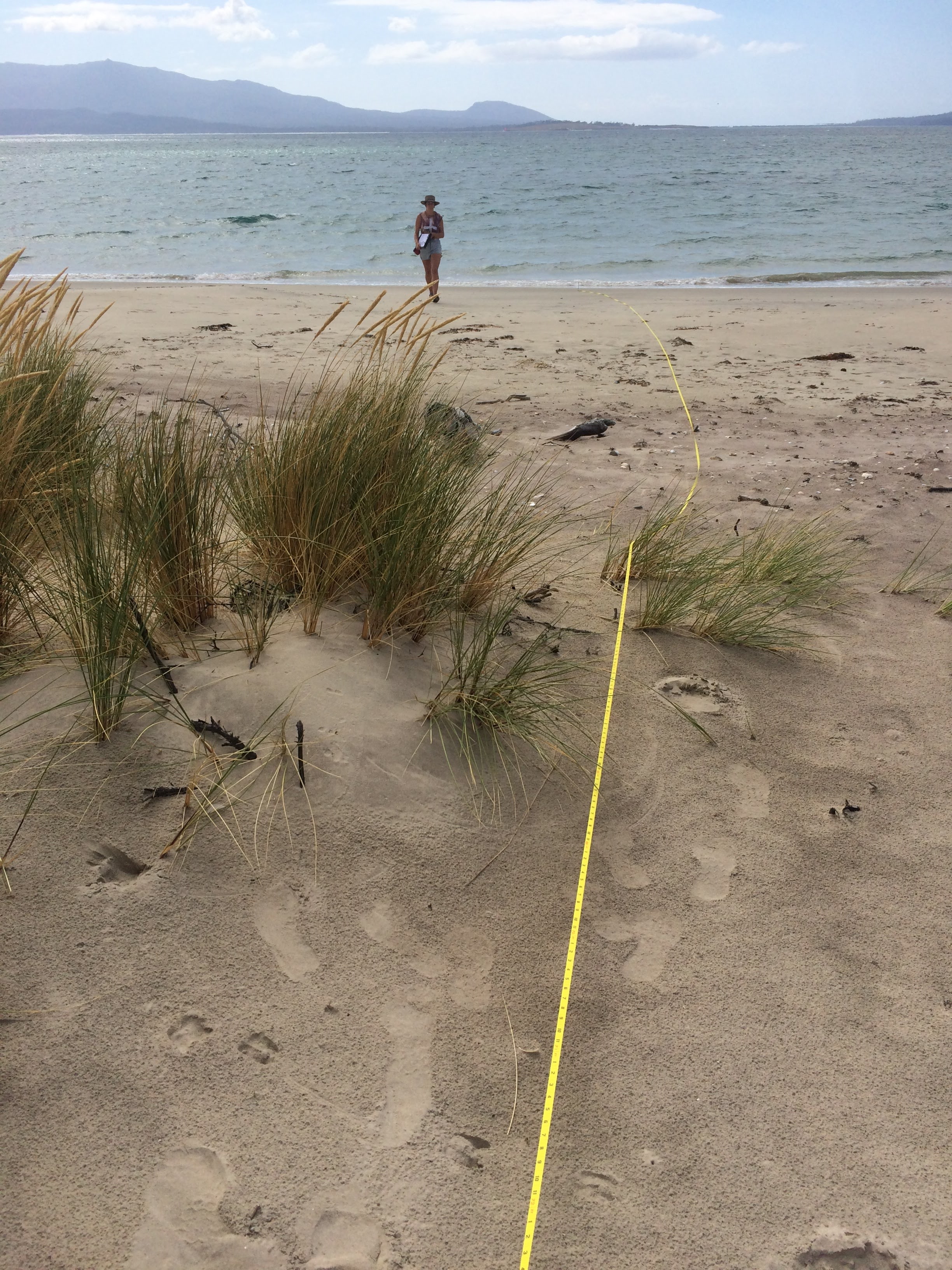 Lead researcher Dr Kathryn Willis, a recent PhD graduate from CSIRO and the University of Tasmania, said globally waste control was driven at a local level, so the research focussed on identifying which local government approaches had the greatest effect on reducing plastic pollution found on beaches.

"Our research set out to identify the local government approaches that have been most effective in reducing coastal plastics and identify the underlying behaviours that can lead to the greatest reduction in plastic pollution," Dr Willis said.

"We were really surprised and excited to also find that there was on average 29 per cent less plastic on our beaches than in 2013 when similar surveys were conducted.

"Whilst plastic pollution is still a global crisis and we still have a long way to go, this research shows that decisions made on the ground, at local management levels, are crucial for the successful reduction of coastal plastic pollution."

The study sorted local government waste management actions into three categories of how to prevent poor waste disposal. These categories were based on three established theories of human behaviour. These behaviours were:

"For example, household collection services, where there are multiple waste and recycling streams, makes it easier for community members to separate and discard their waste appropriately," said Dr Hardesty.

"Our research showed that increases in waste levies had the second largest effect on decreases in coastal plastic pollution. Local governments are moving away from a collect and dump mindset to a sort and improve approach."

Clean-up activities, such as Clean Up Australia Day and surveillance programs that directly involved members of the community were also found to be effective.

"Increasing community stewardship of the local environment and beaches has huge benefits. Not only does our coastline become cleaner, but people are more inclined to look out for bad behaviour, even using dumping hotlines to report illegal polluting activity," said Dr Hardesty.

This research supports CSIRO's Ending Plastic Waste Mission, which has a goal of an 80 per cent reduction in plastic waste entering the Australian environment by 2030.

Kathryn Willis recently completed her PhD at the University of Tasmania and is now a Fulbright Scholar at the University of Washington. Kathryn's research was conducted with CSIRO Oceans and Atmosphere and supported by the National Environment Science Program's Marine Biodiversity Hub.

Local Environment Groups Focussed On Cleaning Up Our Beaches - Waterways

World Environment Day And World Oceans Day 2018 - June 5th & 8th: For An Aquatic Community Beating Plastic Pollution Is Essential: If You Can't Reuse It - Refuse It!

Life’s A Beach: Finding Trends In Marine Debris Across Australia - 2021 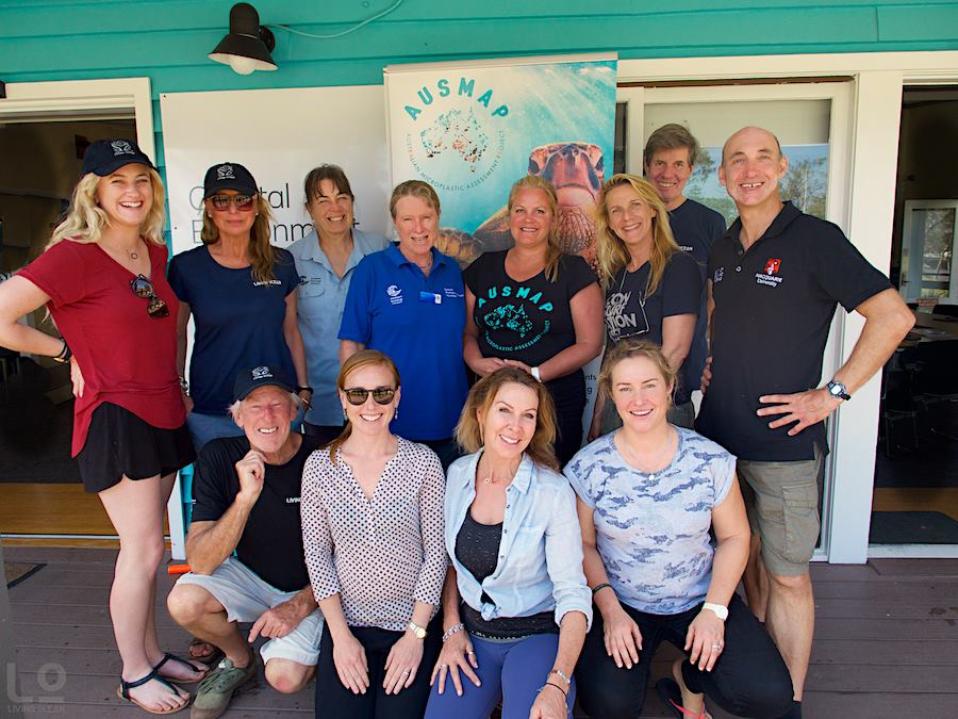 Thanks to the brilliant dedication of Michelle Lemon Blewitt & Scott Wilson and Total Environment Centre for developing the program.
Please contact us here at Living Ocean if you would like to be part of our new 'citizen science' program for the northern beaches.
This will target certain areas for Pittwater/Broken Bay/Brisbane Waters and the ocean beaches.
We will be studying and monitoring certain beach and bay locations in these locations for micro plastics and the data will be peer valid for study as part of a global web to understand and control plastics in our marine environment.
This is great 'stuff' and huge move forward. Its fun, rewarding and empowering.
The Living Ocean Team. 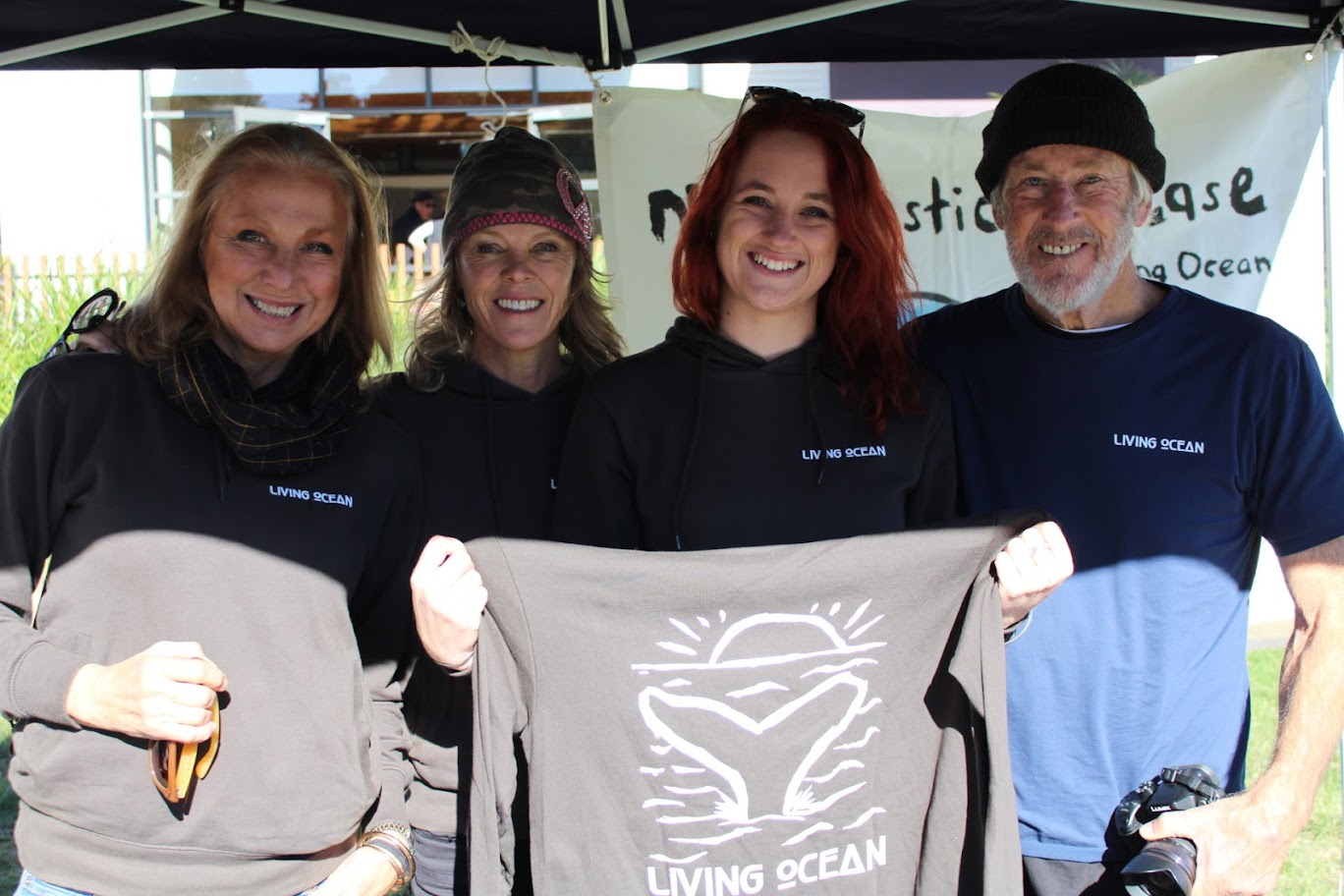 Living Ocean founding members at the launch of Avalon Boomerang Bags in June 2016 - Living Ocean have also campaigned for No More Plastics Please for years and are still focused on studying the impact of micro and macro plastics in our area  - visit: Careel Multi Layered Coastal Assessment CMCA

Northern Beaches Clean Up Crew: Northern Beaches Clean Up Crew meets the last Sunday of every month at 10am to clean up a beach or lagoon on Sydney's northern beaches. See our event tab for our next clean up spot. It's a family friendly and welcoming group and feel comfortable coming by yourself too - many friendships have started in this group. (Please leave political, religious and business messages at home, so the group can stay inclusive and welcoming towards everyone.) We provide you with buckets, gloves, bags and sunscreen. Please bring water in a reusable water bottle if it's a hot day. Hope to meet you soon. 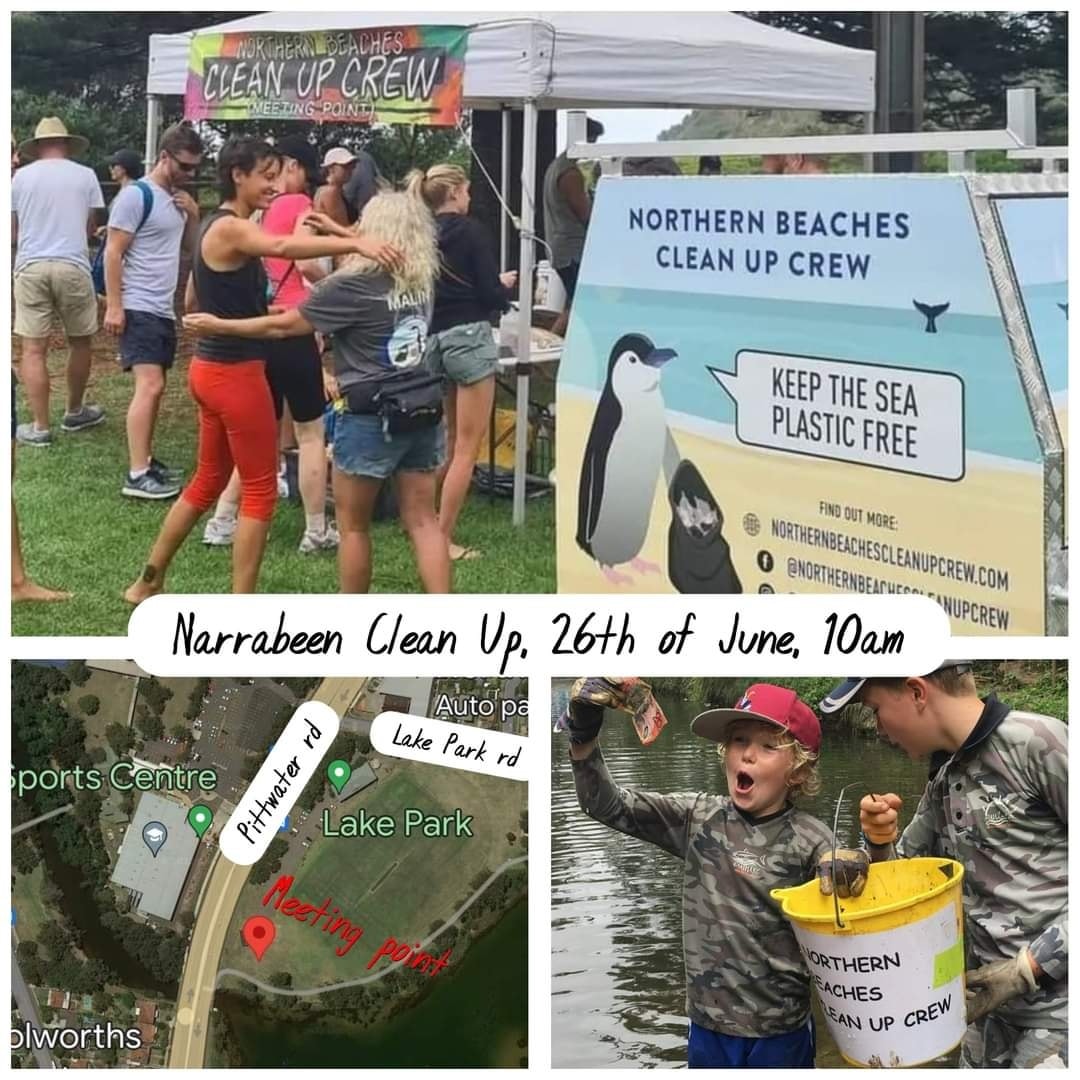 Come and join Northern Beaches Clean Up Crew for our Narrabeen Lake clean up, June 26, 2022.

We'll meet at Lake Park, at the southern end, close to Pittwater rd. For exact meeting point look at the map below. We have clean and washed gloves, bags and buckets. We'll clean up the grass area to try and catch the litter before it hits the lagoon as well as cleaning the lagoon, trying to remove as much plastic, cigarette butts and rubbish as possible. We're a friendly group of people and everyone is welcome to this family friendly event (just leave political, religious and business messages at home so everyone feel welcome). It's a nice community - make some new friends and do a good deed for the planet at the same time. Send us a message or email if you are lost. Please invite family and friends and share this event. This is a Covid safe event so everyone must please stay 1.5 meters apart if you are not in the same household. We meet at 10am for a briefing. Then we generally clean between 60-90 minutes. After that, we sort and count the rubbish so we can contribute to litter research. We normally finish around 12.30 when we go to lunch together (at own cost). Please note, we completely understand if you cannot stay for the whole event. We are just grateful for any help we can get. No booking required. Just show up on the day. 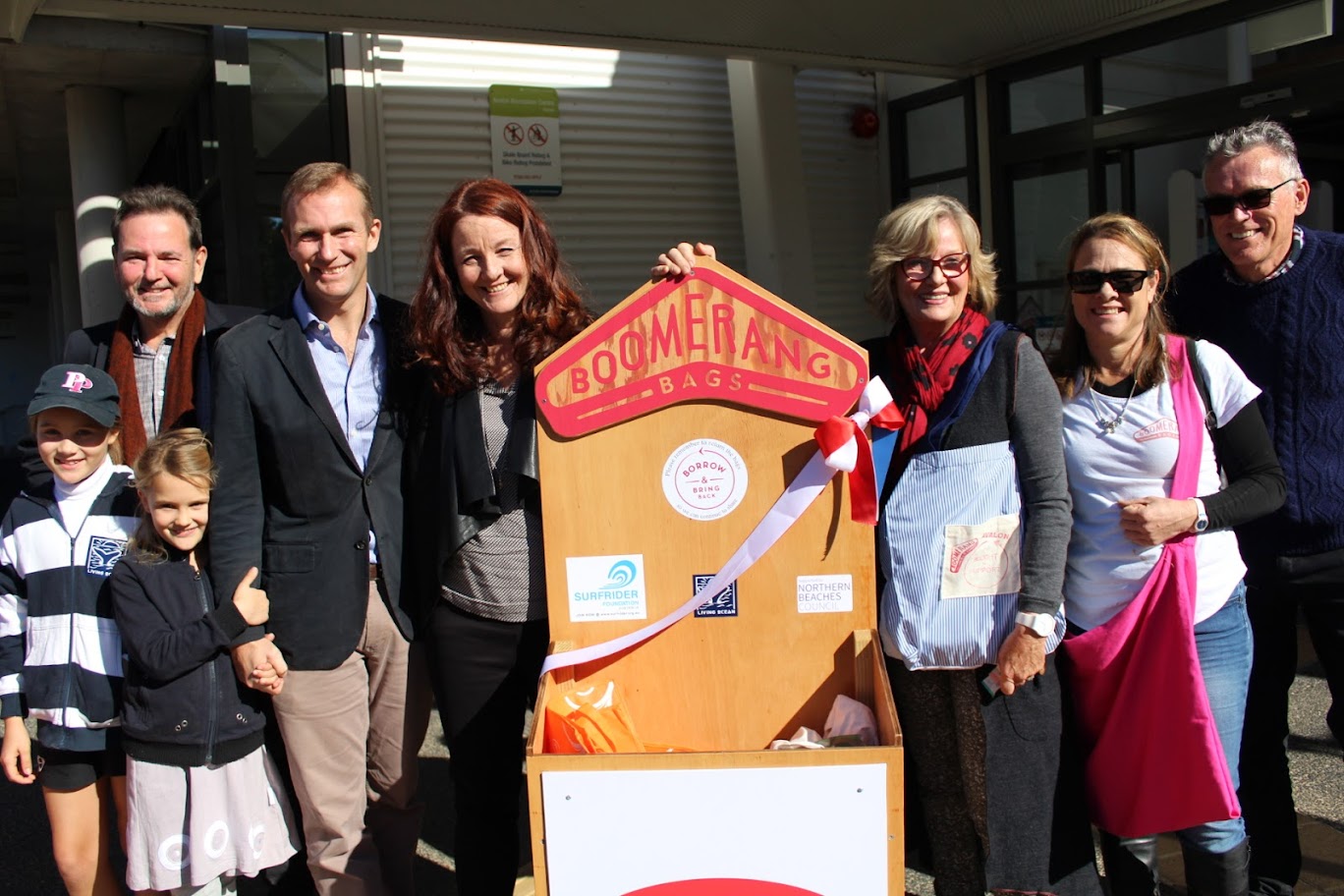 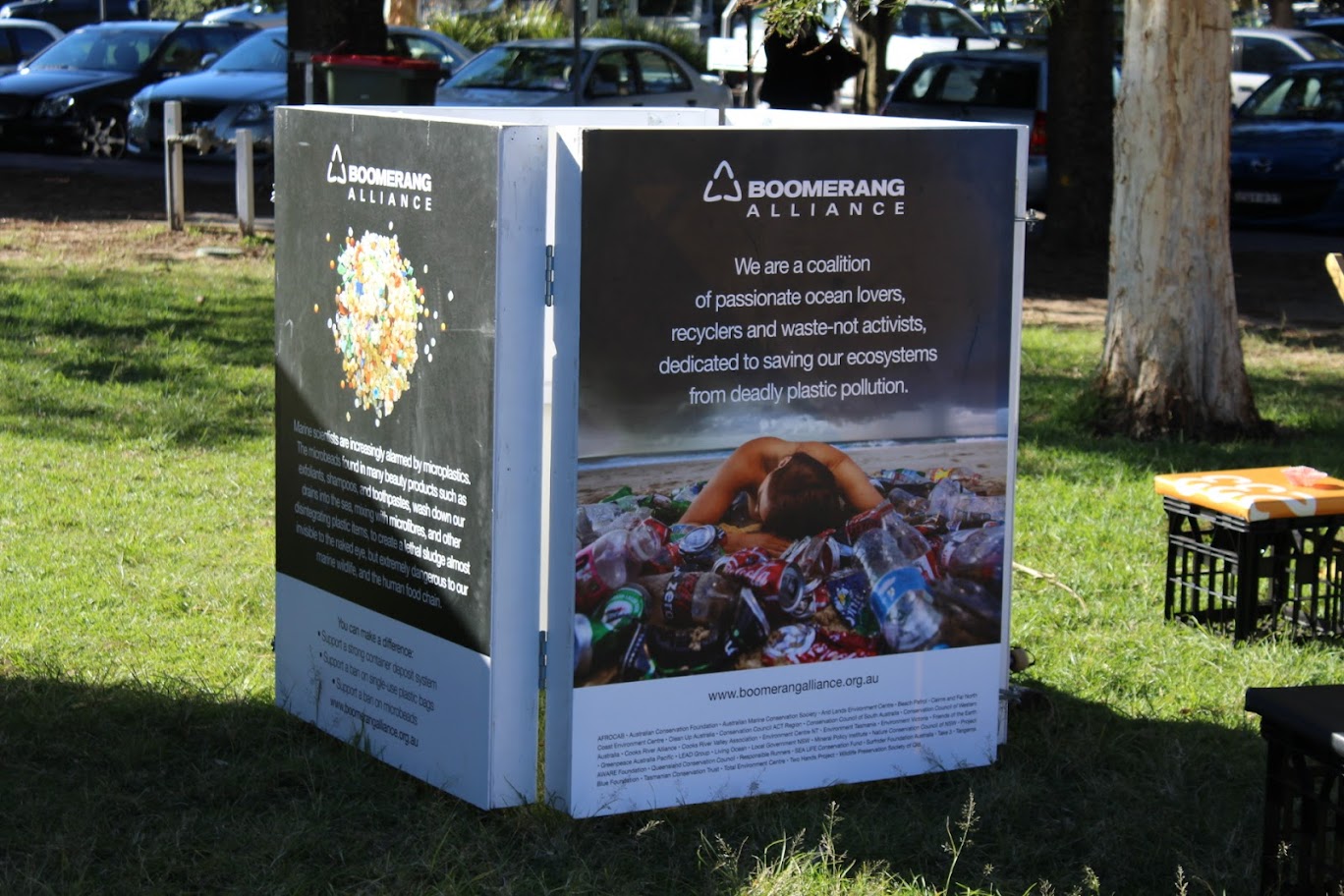