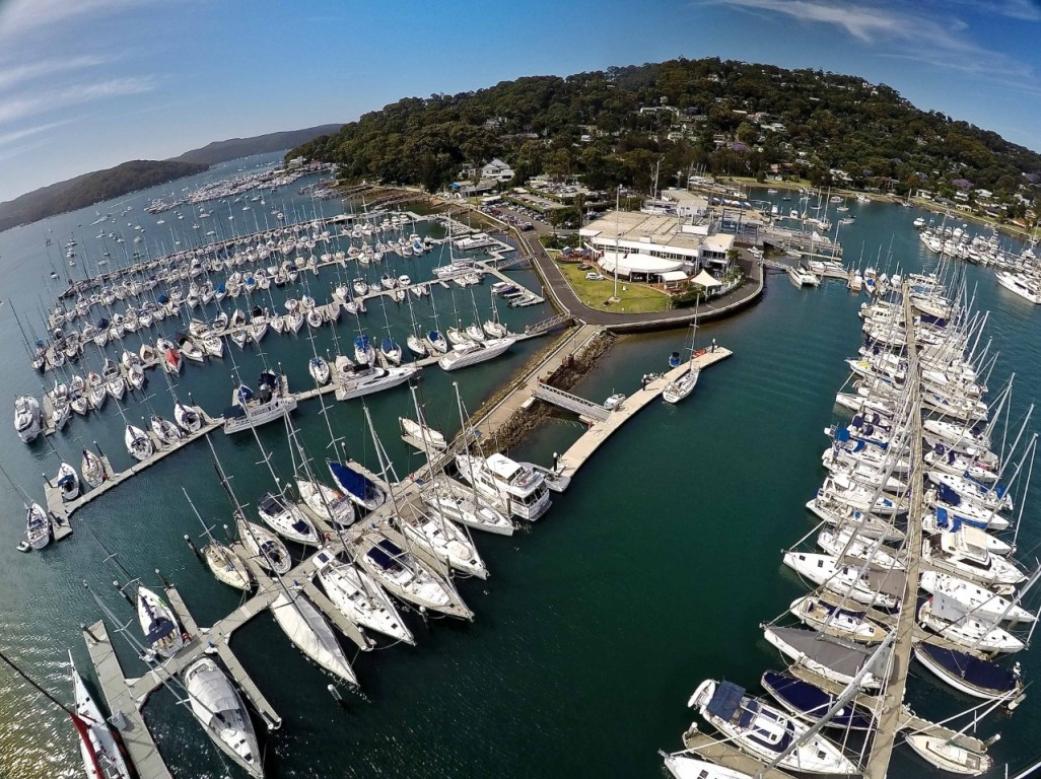 The Australian Sailing Award finalists have been announced. A fantastic result and coverage for the RPAYC, from Youth Sailing, Coaching, Sports Promotion and of course Club of the Year.
Also nominated is Lisa Ratcliff – a wonderful sailing Journo whose reports run just about every week. Lisa is also a Pittwater resident who we'll be running as our Profile of the Week for Issue 342, published December 17, for several very good reasons!
Congratulations to all nominees and finalists. Everyone in Pittwater will have everything crossed for you.
Details HERE 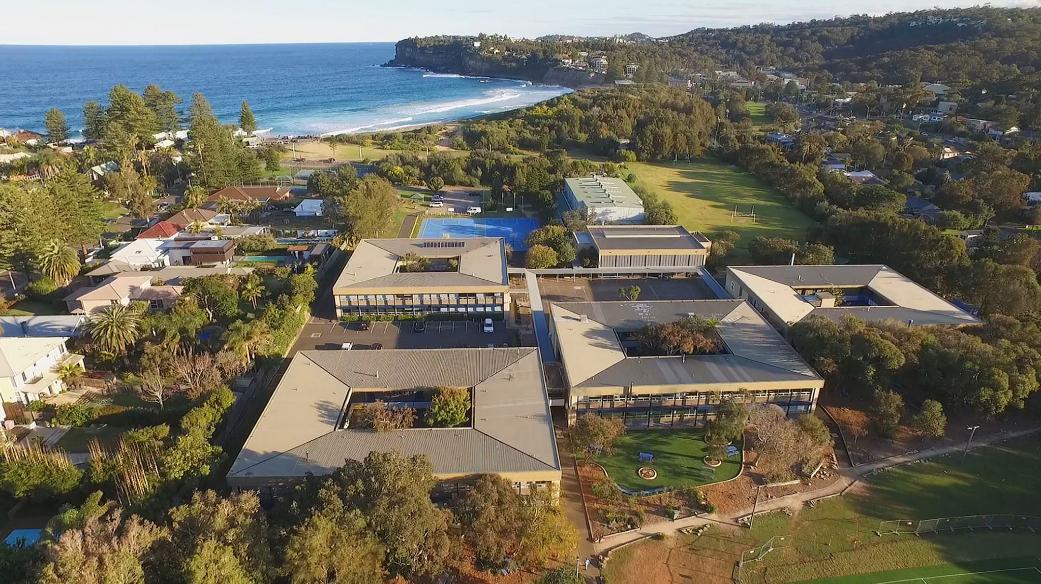 20 October 2017
Member for Pittwater Rob Stokes has announced a further $500,000 will be provided to Northern Beaches Council for the construction of a Community Performance Space at Barrenjoey High School. The NSW Government funding follows an earlier $500,000 announced last month to complete planning and initiate construction of stage one of the project.
The total of $1 million in NSW Government funding will now enable the construction of the full project in cooperation with funding already raised by the Barrenjoey High School P&C Association.
“This extra funding enables the entire project to be fast-tracked,” Rob Stokes said today.
“The Barrenjoey P&C have worked incredibly hard to deliver the vision for this dedicated performance space and along with the Avalon Beach community they’ve done a fantastic job fundraising.
“I’m delighted the NSW Government is contributing $1 million towards the realisation of this project and I look forward to construction getting underway,” Rob Stokes said.
Renowned local architect Richard Cole has generously donated his services towards this project which will deliver a high-quality enclosed amphitheatre designed to facilitate performances of ensembles, choirs, dance and drama. Other local school and community groups such as Scouts, surf clubs and garage bands will also be able to benefit from the new creative space.
Visit Issue 329 Funds For Barrenjoey Community Performance Space 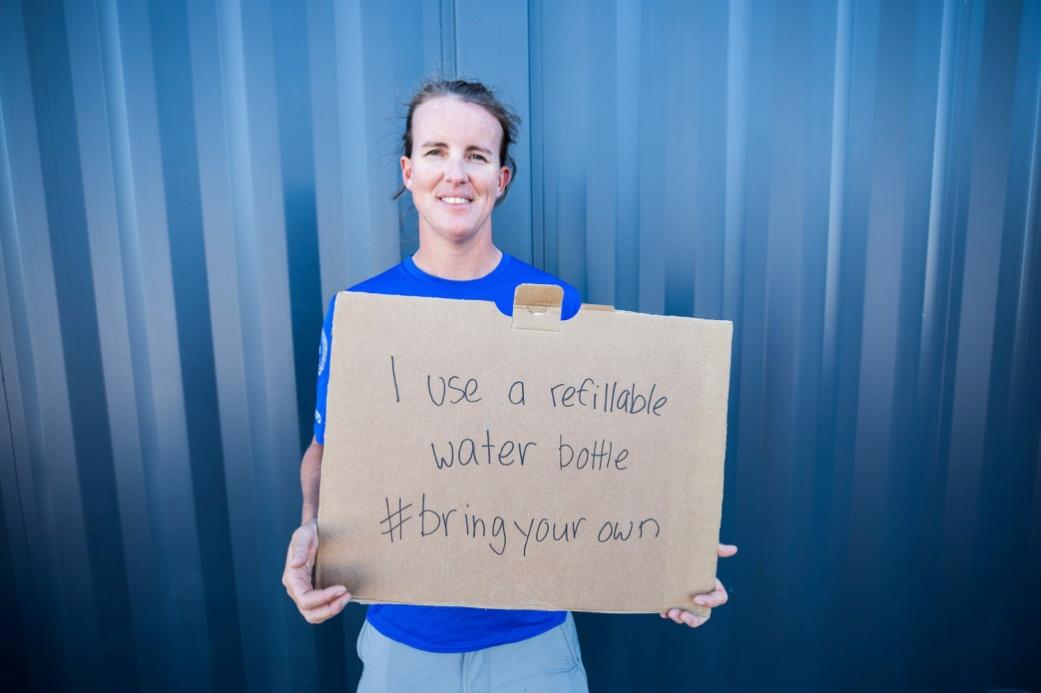 Stacey Jackson, bow crew on Vestas 11th Hour 11th Hour Racing - photo by Jen Edney/Volvo Ocean Race
Stacey Jackson, a Mooloolaba (Sunshine Coast) and frequent Pittwater sailor, more recently teaming up with Katie Pellew (Spithill) ventures out on her second Volvo Ocean Race 2017-2018 today, October 22nd, as part of the crew of Vestas 11th Hour Racing, one of seven yachts on a 45,000 nautical mile race course, through some of the most challenging waters in the world, including more miles in the extremes of the Southern Ocean.
This edition, the 13th, will see the renowned race employ its capacity to connect sailors and environment to focus on positive environmental change worldwide. The Volvo Ocean Race has used the first of seven Ocean Summits it is hosting around the world in 2017-18 to launch a unique programme that will gather data from parts of the oceans that are otherwise inaccessible to scientists.
On Wednesday October 18 an Ocean Summit in Alicante – held four days before the start of the 2017-18 edition of sailing’s 45-year-old race around the world – brought together politicians, scientists, business and sport to tackle the problem of ocean health, with a specific focus on plastic pollution.
The Spanish government pledged its backing for UN Environment’s Clean Seas campaign. As the world's 14th largest economy, Spain's declaration of support is a significant boost to the UN's global campaign, which now boasts 32 member states and aims to 'turn the tide on plastic' by inspiring action from governments, businesses and individuals.
'Over the past six years we have been developing Spain's new Marine Strategy, and one of its main goals is to tackle marine litter,' said Raquel Orts Nebot, Spain's Director General for Coast and Sea Sustainability. 'In this regard, I confirm that Spain is joining the UN Clean Seas Campaign, with the firm purpose of supporting this global initiative and contributing to its impact worldwide.'
Head of UN Environment, Erik Solheim said: “Spain's engagement in this campaign sends an important message across the Mediterranean region and the world. Our oceans are fundamental to our survival that we must do everything we can to protect them.”
Mayor of Alicante Gabriel Echávarri promised that there would be no plastic bottles at any event he attends in an official capacity. He also announced an education campaign on plastic in all schools in the city.
Wendy Schmidt, President of The Schmidt Family Foundation and Co-founder of 11th Hour Racing, told the Ocean Summit that the oceans were ‘under attack’.
“11th Hour Racing has been working since 2011 to engage sailors and the maritime industries to become advocates for a healthy ocean and we’ve seen a lot of conferences where people tell each other what they already know,” said Schmidt.
“What was special about this Volvo Ocean Race Ocean Summit is that this was a conference full of very creative thinkers. We’re all looking for answers. There are large companies here, small start-ups, NGOs and philanthropists, and everybody is trying to explore how to intervene with an innovative approach.
“We have to create a new plastic economy, develop new strategies, new technologies and new industries. Our goal is to make sure that this conversation happens everywhere. It doesn’t matter who you are or what you do, the oceans are our life support system.”
This sentiment was echoed by Kerstin Stranimaier, Director, Planet Possible for AkzoNobel: “We all need to open our eyes to new opportunities.”
The Science Programme is key to that goal of creating action to tackle plastic pollution, based on accurate data.
The Programme – made possible thanks to the support of Volvo Cars, and a consortium including NOAA (National Oceanic and Atmospheric Administration), JCOMMOPS (UNESCO-IOC), GEOMAR and SubCtech – is comprised of three elements:
Maximise our IMPACT
To maximise the race’s impact using its global communications platform to spread awareness, an educational programme to change views, and a science programme, using the Volvo Ocean 65 racing yachts to capture data while at sea and contribute to our understanding of the oceans in the most remote areas of the planet.
Minimise our FOOTPRINT
To minimise the race’s own footprint with a particular focus on reducing and where possible eliminating the use of single-use plastic by the teams, and in the Race Villages – a challenging task but one that will help to change behaviour by making it a focus.
Leave a positive LEGACY
To leave a positive legacy wherever it goes, through many actions but in particular the creation of Ocean Summits to bring together science, government, sport and business, with an objective of getting attending parties to commit to new positive actions in this area.
All of the racing yachts in the 2017-18 edition will send data back from the oceans every 10 seconds – recording temperature, barometric pressure, wind speed and direction. This data will be passed on to NOAA and the European Centre for Medium Range Weather Forecasts. It will contribute to more accurate weather forecasts and climate models.
Secondly, during the four most isolated legs in the race, all seven yachts will carry drifter buoys equipped with satellite communications to transmit information on ocean composition and currents.
Thirdly, the Turn the Tide on Plastic team skippered by British yachtswoman Dee Caffari will carry instruments onboard to test salinity, dissolved CO2 and Chlorophyll-a (algae), and for the first time ever, microplastics, directly in the sea water around them.
These key metrics for ocean health will be logged in order to create a complete snapshot of parts of the world’s oceans scientists rarely, if ever, get to study.
More HERE 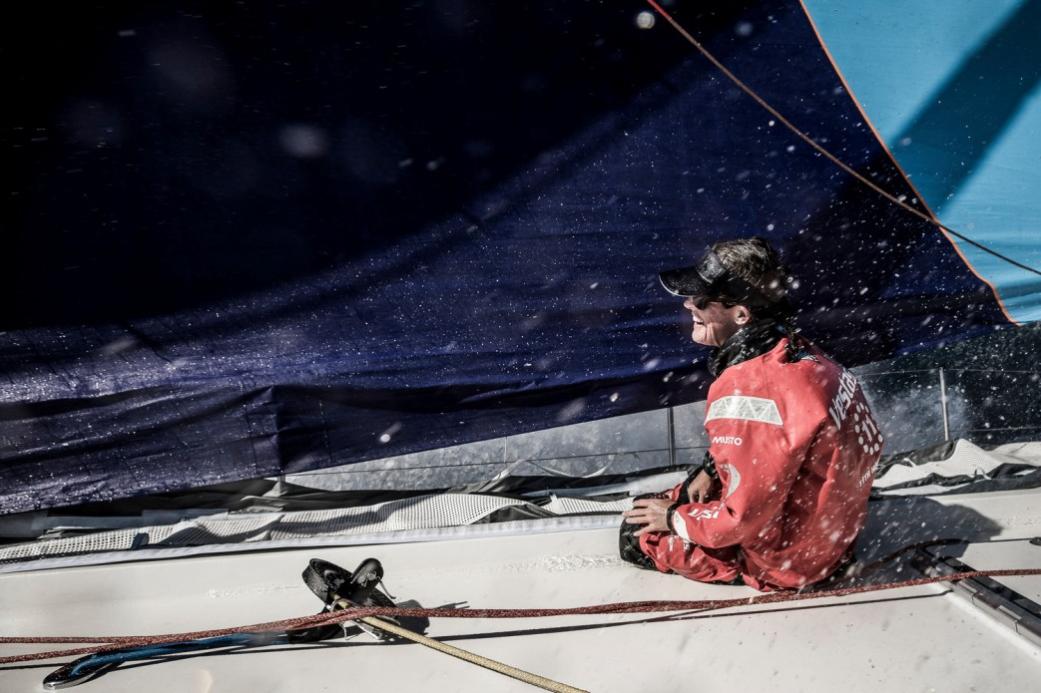 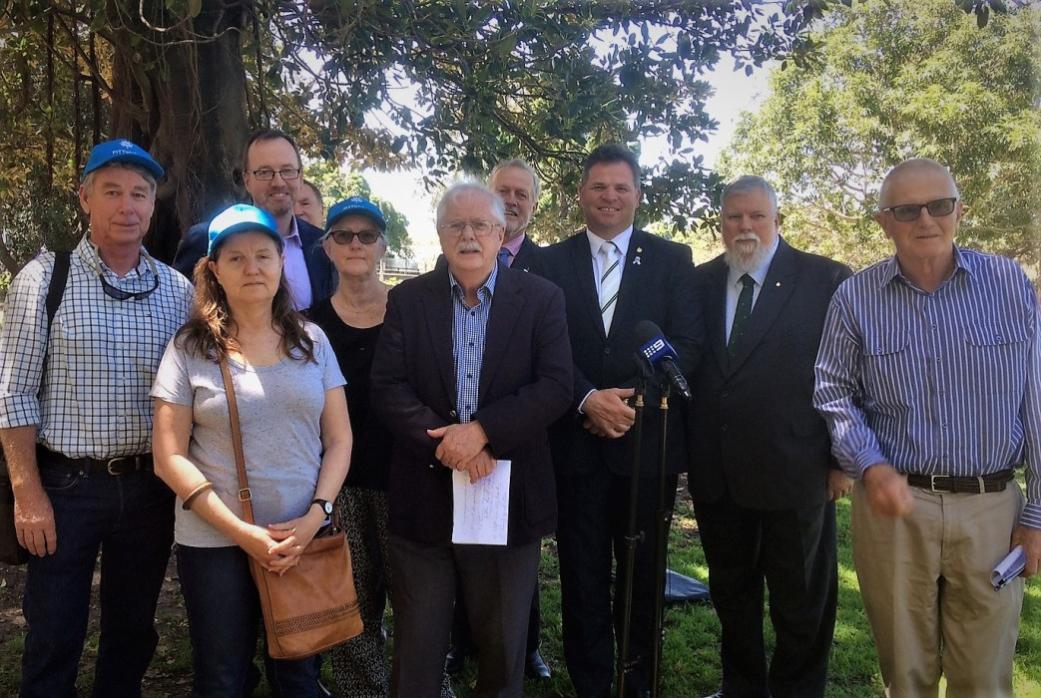 Northern Beaches MPs have voted against a bill that would have returned democracy to local councils by allowing plebiscites in amalgamated councils.

The bill, which originated in the state’s Upper House and was supported by all parties except those in the NSW government, was defeated in the Lower House on Thursday. Protect Pittwater Association president Bob Grace said the government had voted down by 47 to 37 the bill that would have given residents in amalgamated councils the right to say whether they wanted their councils back. “The NSW government has voted against democracy,” Sue Young said. “Our local MP Rob Stokes - who was absent from the House until called for the vote - has failed again to listen to the people of his electorate.” “A survey of Pittwater residents before the mergers found 89 per cent of its residents wanted to remain as a standalone council,” Bob Grace said. However, at the bill’s first reading in August, the NSW Local Government Minister Gabrielle Upton condemned the bill as wasteful, as well as a burden on communities and the electoral commission. Speaking for the government on Thursday, Stephen Bromhead, Nationals MP for Myall Lakes, said the bill would “undo all the good things that were happening”. “The bill is ill conceived, poorly drafted, politically opportunistic and just plain dumb,” Mr Bromhead told parliament. Shooters, Fishers and Farmers Party MP Philip Donato - who introduced the bill to the Lower House in August after it was passed by the Upper House in June – said that he was disappointed by the outcome. “The costs are a furphy – what’s the price on democracy?” Mr Donato said outside Parliament. “We would have thought the government would have listened to the people after the by-elections on the weekend where they copped a shellacking.” 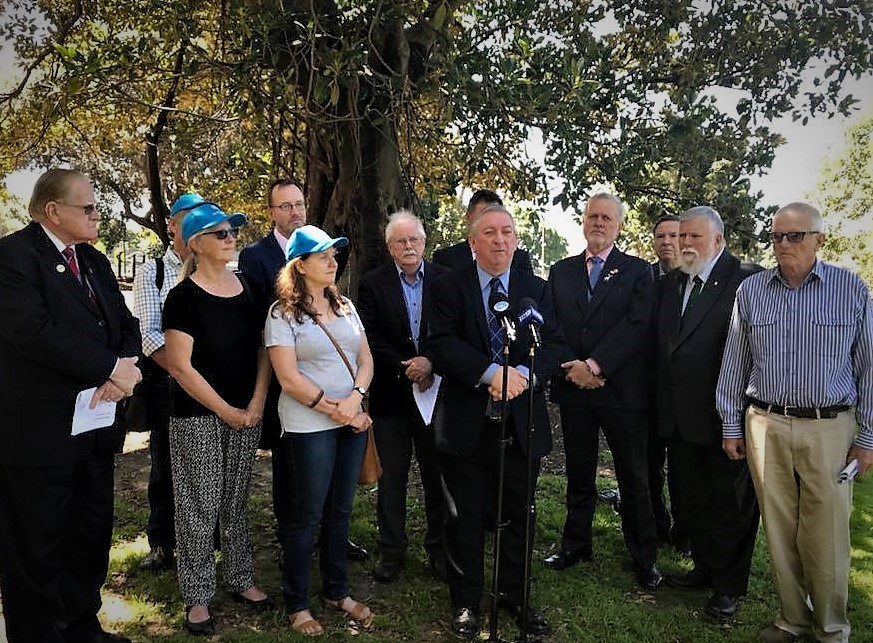 Peter Primrose speaking at SOCC media conference. Photo has Fred Nile Christian Democrats, David Shoebridge The Greens, Peter Primrose Labor, Robert Borsak and Robert Brown SF&F Party, Phil Jenkyn OAM and Brian Halstead (SOCC) and Protect Pittwater members.
The government has seen significant swings against its MPs over the last year, with Mr Donato winning the state seat of Orange from the Nationals in a by-election last November.
Mr Grace said the vote strengthened the resolve of Protect Pittwater to regain its council.
“We already have thousands of signatures on our petition for the return of the council and more information is coming to light about the way in which the Northern Beaches councils were merged so that legal action is still a real possibility,” Mr Grace said.
More HERE 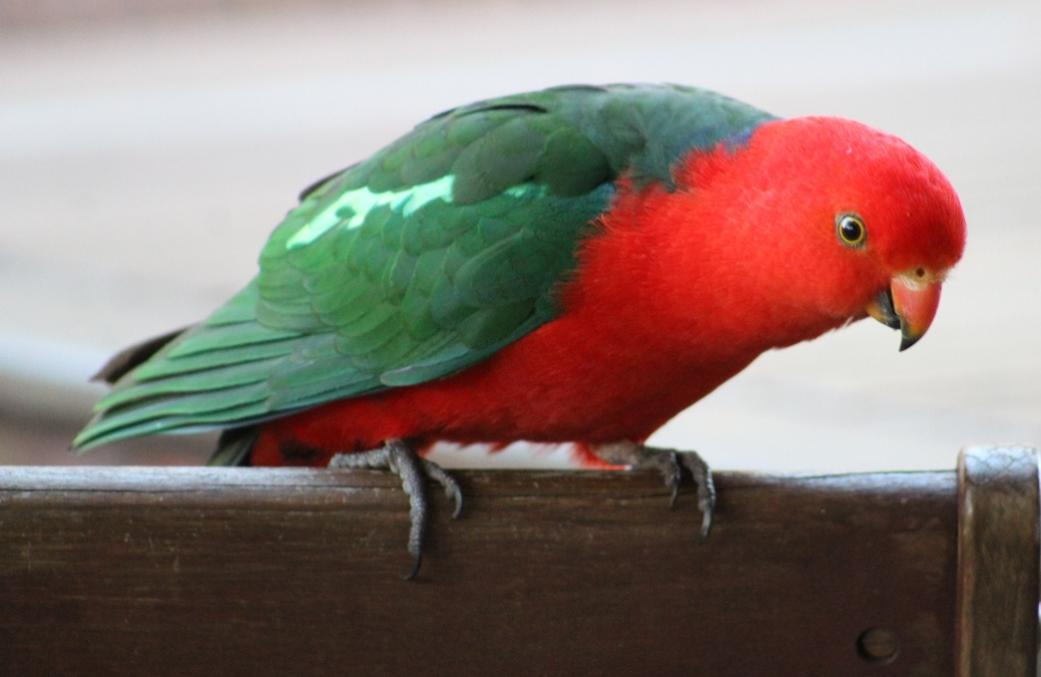