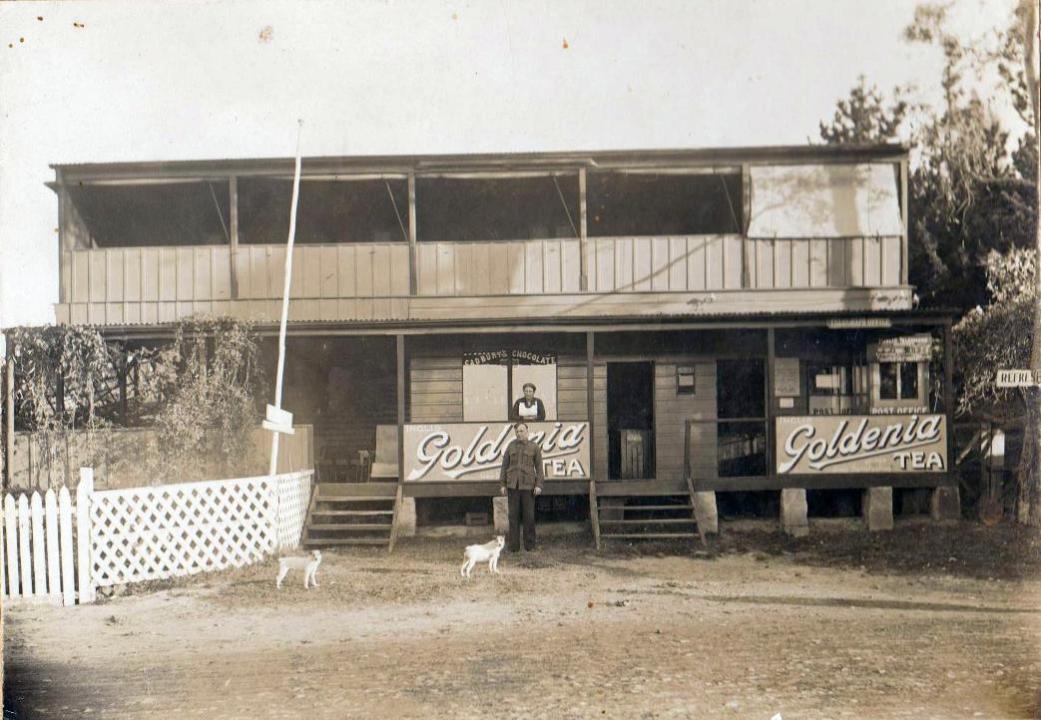 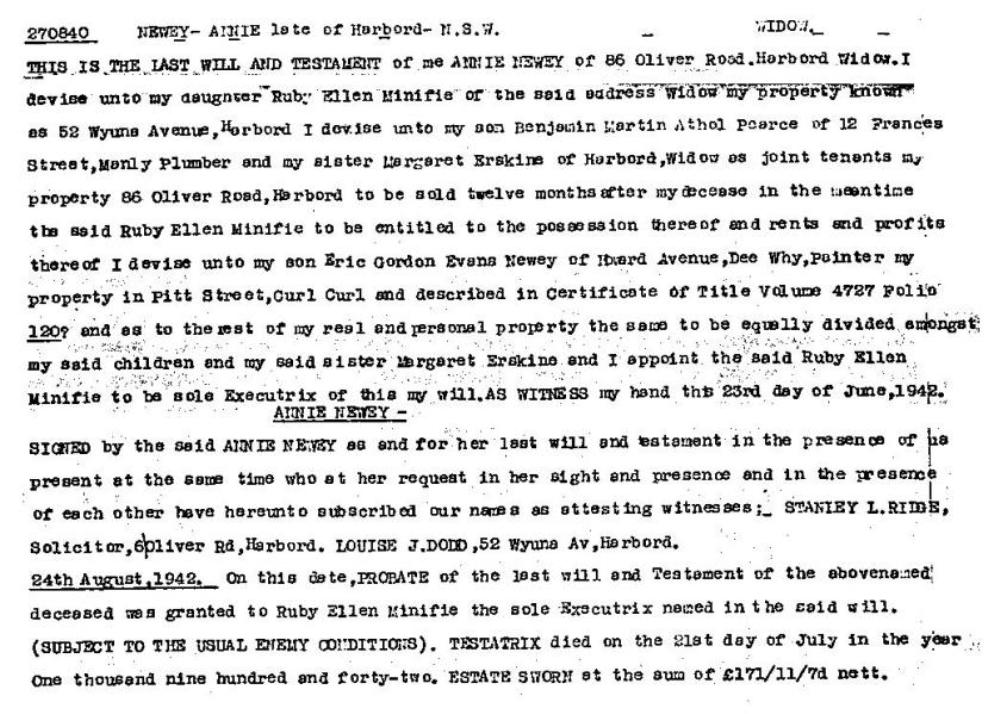 Mary Ann (Annie) lived a very long and full life from 1865 to 1942 - 77 years! From a childhood in the shadow of Mt Taranaki NZ - her father dead when she was 10, the eldest of the five surviving Costello girls (the sixth daughter Lily only lived one year) - her mother remarried the next year 1876 - her mother died aged 43 in 1891 on the birth of her thirteenth child.
Annie had married Benjamin in 1884 aged 19 and was left a widow at 35 with five children in 1900 – until her remarriage two years later to Thomas Newey.
The move to Australia in 1915, living through two World Wars and the Depression to be widowed again in 1940, tell of resilience and perseverence.
Her Obituary in the local paper stated -
"A very old and respected resident of the Warringah Shire, in the person of Mrs Annie Newey, wife of the late Thomas E Newey, passed away at her residence 86 Oliver Rd, Harbord on the 21st instant. A Native of Taranaki, Wellington, New Zealand, the late Mrs Newey was 77 years of age and leaves a grown up family to mourn their sad loss.
Of a quiet disposition, the late Mrs Newey was loved by all who had the privilege of her acquaintance. On the 22nd instant the funeral left her late residence for the French's Forest Cemetery, and was largely attended by many of her old friends and relatives."
My family’s association with Pittwater didn’t end there though. My lovely mother's second husband Neville Corvisy had a home at Church Point and a yacht moored at Royal Prince Alfred Yacht Club - we had a wonderful number of days sailing around the Hawkesbury with them when we visited Sydney (I live in Geelong) - sadly both my mother and Neville are now deceased.
Photos of my mum Helene Whyte Corvisy (nee Pearce formerly McKeown) and Neville Corvisy.
Also photo of the love of my life and myself, my granddaughter Chloe Isabelle Smith - aged 5, and myself – life goes on and life is good! 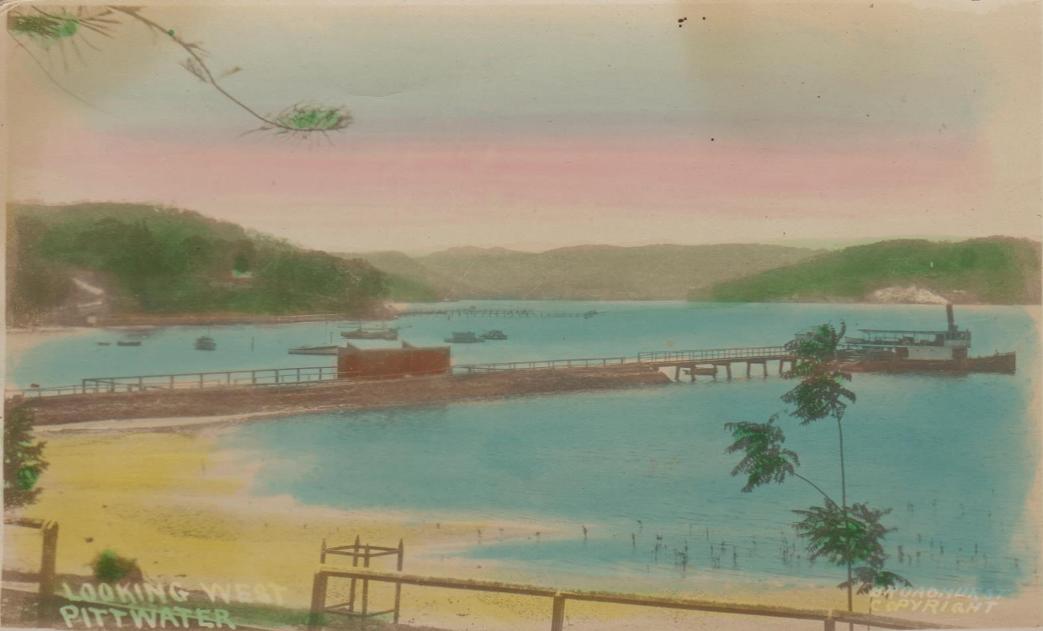 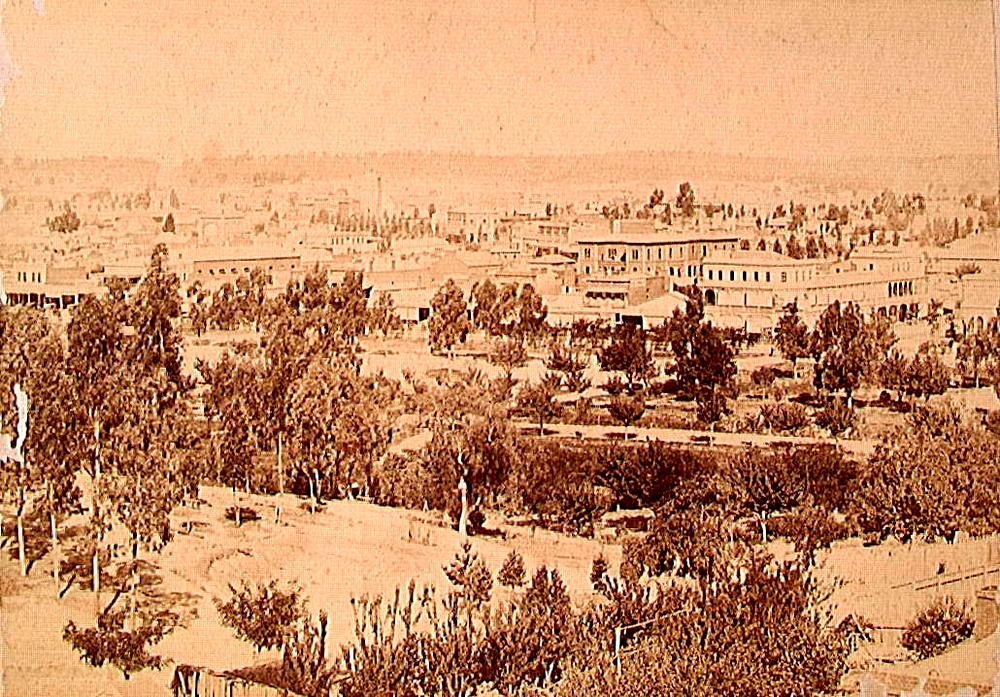 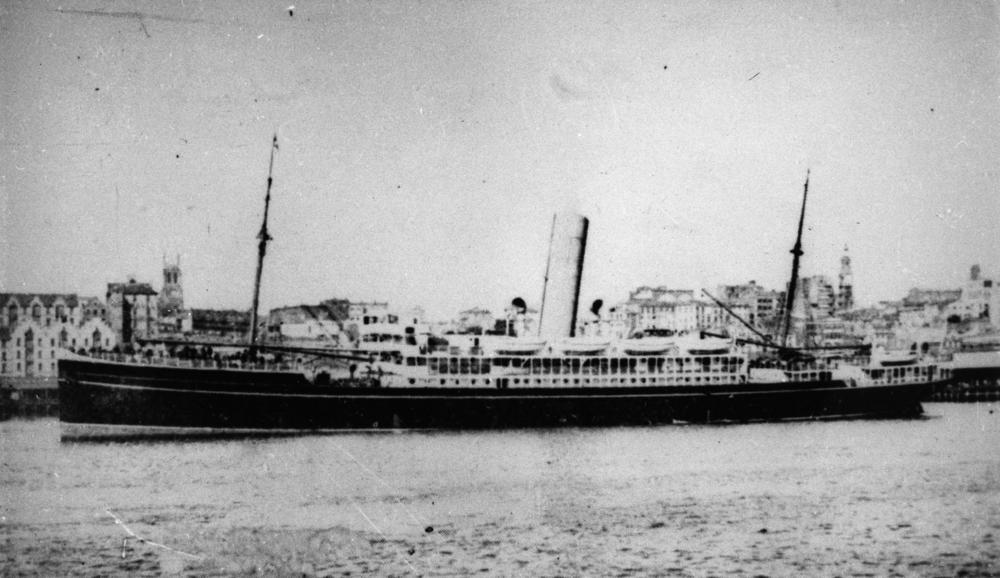 Huddart Parker's 5,828 GRT passenger ship Ulimaroa, built by Gourlay Bros in Dundee in 1907 and scrapped in 1934. Photo courtesy John Oxley Library, State Library of Queensland.
SS ULIMAROA is shown at wharf No 2 Naval Buoy. The vessel was used for trade to Tasmania and along the Australian coast. ULIMAROA is shown painted in a camouflage razzle-dazzle paint scheme, used as a protection against enemy attack during World War I when it served as a troopship.
SS ULIMAROA was a 5777 ton steam ship built in 1908 by Gourlay Bros &​ Co at Dundee. It was registered in Melbourne and employed on the trans Tasman trade route under the owners of Huddart Parker Co. It also made a number of passages along the Australian coast.
ULIMAROA could accommodate 190 first, 120 second and 120 third class passengers. During World War I it was requisitioned by the Commonwealth for war services transporting troops. In 1934 it was broken up by Japanese scrappers. 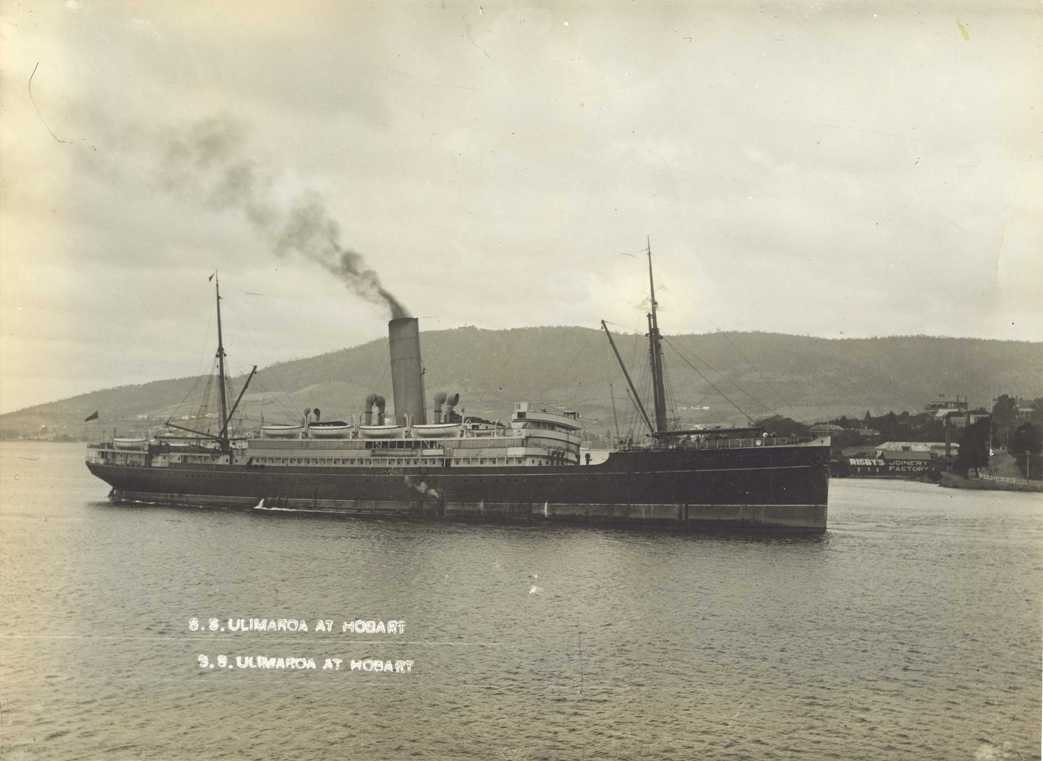