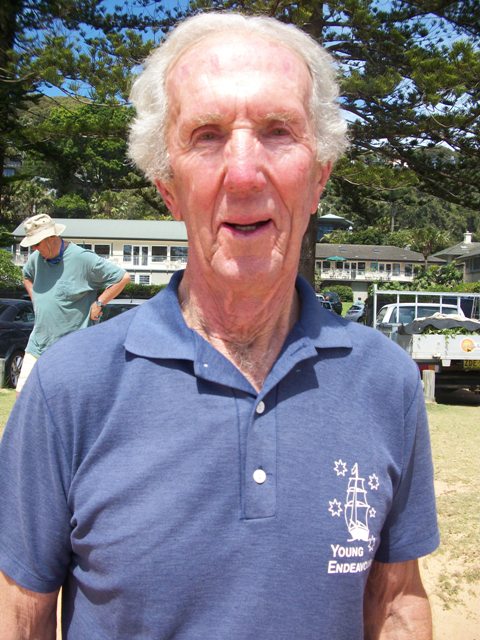 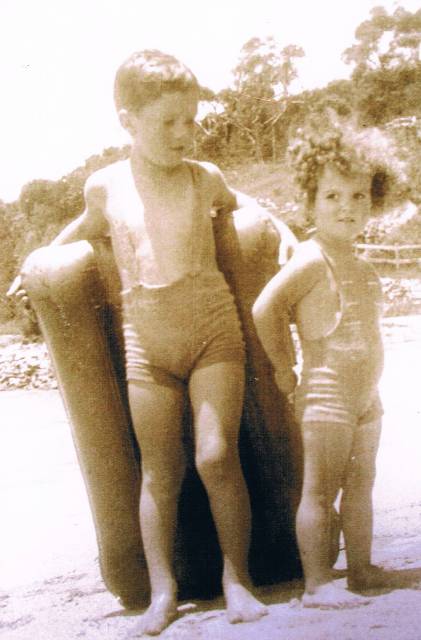 Above: Ian and Philippa on Palm Beach as youngsters; both still have their grandmother's (Ethel Turner) beautiful curls.

Above: Ian with Denis 'Nugget' Mears, at Palm Beach December, 2011. Ian still competes in club swims, Nugget is still on a board. 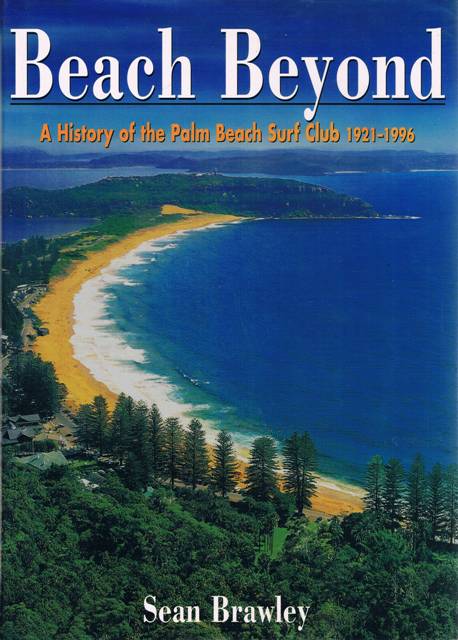 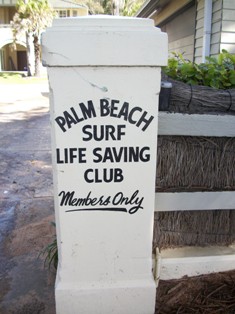 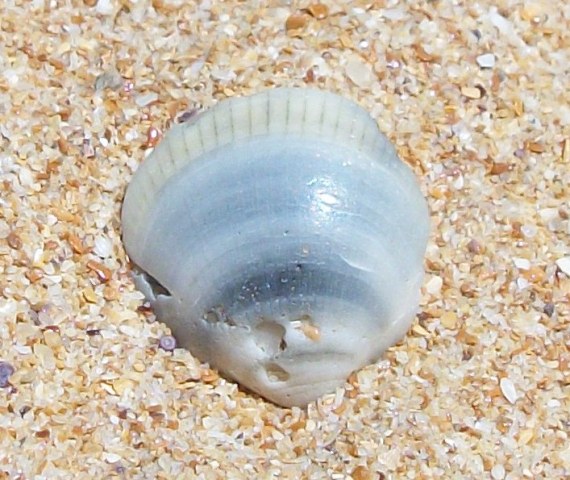 ‘Facts and figures of annual reports do not make history, nor do they make the Surf Life Saving Association. It was the joy of living, the joy of the sea, and a joy in challenging nature with a life to save a life, with a certain knowledge that win or lose there would be no reward. That made the Surf Life Saving Association of Australia. Here lies the treasure.’
Sir Adrian Curlewis

Our northernmost beach has changed from being a lovely rural and coastal fishing spot to a pristine environment to spend your Summer in that was a little harder to get to, and a vista covered with tents at one end and larger shacks and holiday homes at the other, to becoming ‘fashionable’ in the early 1920’s and 30’s. By 1935 and even into the 1950’s newspaper reports focused on the clothes being worn by those attending the Pacific Club or Cabbage Tree Club, not the main reason these clubs and people were there. They state they are recognising the ‘opening or beginning of the season’ intimating this was a ‘social season’. It was not; it was the opening of the Surf Life Saving Season, and those attending ‘events’ or ‘parties’ were doing so to raise much needed funds to keep the Palm Beach clubs and surf lifesaving itself going.

The surf lifesaving season now begins with the September School Holidays and finishes on Anzac Day. Volunteers are also on call year round to provide rescue services and members from Palm Beach SLSC were present at this year’s Blast Off grommetfest.

Surf Lifesaving originates in Australia. Contention exists as to which club was the first ‘official’ one between Bronte and Bondi. Others cite a secret club at Manly, called ‘safe beaches save lives’ and a chap going swimming in daylight in 1902. A Century of Surf Life Saving was marked in 2007 but Brigades are also noted from 1870.

Palm Beach Surf Life Saving and the name Curlewis are synonymous with each other. A tradition of service coupled with a down to earth practicality, kindness in nature and generosity in spirit, and a determination on keeping a focus on Surf Lifesaving as a vital service as much as an excellent way to engage with ocean, sky and others in keeping fit for life both physically and mentally, have broadened horizons and inform the upcoming generation just where part of their rich Australian inheritance springs from. We are not a nation bent solely on fun as Summer arrives, many of us will fulfil duties patrolling beaches, keeping themselves in peak condition to swim through dangerous seas, and will, throughout the season, be those who are Saving Lives.

Lifesavers are distinguished from paid lifeguards employed by local councils in that all are volunteers. Surf Life Saving Australia's mission is to provide a safe beach and aquatic environment throughout Australia. This is put into action by patrolling beaches, education, coastal risk assessments and training. Since 1907 our surf lifesavers have rescued over 550,000 beachgoers. In 2009/10, surf lifesavers performed 11,920 rescues, 53,700 cases of first aid and over 650,000 preventative actions on Australia's beaches. As of 30 June 2010 SLSA had a membership base of 153,626, with 43,836 members actively patrolling beaches. All hold a Bronze Medallion which is earnt through learning proficiency in surf awareness, survival, patrol and rescue procedures and emergency care. SLSA also has 58,632 junior members, or Nippers who are aged between 5–13 years and learn beach safety and awareness skills, in a fun and healthy environment.

In The Breakers At Beach Beyond 1901-2011 by Philippa Poole, author and daughter of Adrian Curlewis, we were privileged to share insights and images of a gent who is still called ‘the father of Lifesaving’. In our Histories are snippets on the wonderful brother and sister team of Jean Curlewis and Adrian Curlewis (later Sir.). Part of what constitutes what is Australian is to discuss what needs to be done and then…do it, and keep doing it. Jean continued her mother Ethel’s ability to write Australian stories for Australian people, incorporating the hiring of a lifeguard into her Beach Beyond work of 1923. Her brother Adrian was a founding member of Palm Beach SLSC when it was run out of a shed at the south end of the beach by a handful of residents and those who came to the beach each Summer. Adrian Curlewis dedicated a large part of his life to developing SLSC and his commitment led to the worldwide adoption of mouth to mouth resuscitation on our beaches.

Another Pittwater resident, Warren Mitchell of the Avalon Surf Lifesaving Club, had the idea for a rescue craft that could be deployed quickly under varying surf conditions and was adaptable to different Australian beaches. The first IRB (Inflatable Rescue Boat) developed by Mr Mitchell in conjunction with the Dunlop Company, was four metres long and utilised a 20 hp outboard motor.

For our Christmas issue we have been afforded a gift to share with you; some insights into Ian Curlewis, Philippa’s brother and son of Adrian Curlewis, and his continuance of ensuring Surf Life Saving is recognised for its inherent ethos of saving lives on our beaches and the contribution it makes to growing individuals with the 'right stuff'.

Ian is a true gentle-man. His CV demonstrates a wide range of activities, including being a Member of Sydney University Squadron 1949 – 1952 and getting a Private Pilots License in 1952. After a career as a Barrister, becoming a QC in 1988, he is still active on his Canberra farm where his sharp mind focuses a particular interest in sheep for wool and meat and Poll Hereford cattle. This little paradise even has a small vineyard producing Shiraz grapes.

Ian has also been involved Outward Bound Australia from 1960 to now.  In 1956 his father helped establish Outward Bound in
Australia with retired Australian Rear Admiral, Admiral Buchanan. "Outward Bound" is the nautical term employed to describe a ship leaving the safety of its harbor to head for the open seas. The current program to instil life values, fitness and leadership skills began in Scotland in the early 1930’s with Kurt Hahn, an exile from Hitler’s Germany. Kurt Hahn ‘found that people who were put in challenging, adventurous outdoor situations gained confidence, redefined their own perceptions of their personal possibilities, demonstrated compassion, and developed a spirit of camaraderie with their peers.’ (Dr. Tony Richards, The Genesis of Outward Bound 2004).

As a Board Member for many years, Chairman 1988 to 1994, Foundation Life Member and Trustee and Foundation Member of Young Endeavour Youth Scheme 1988 – 1994, Ian Curlewis has supported and promoted Outward Bound Australia and all it gives to those who participate in its Programs and projects.

"There is more in us than we know. If we can be made to see it, we will be unwilling to settle for less." Kurt Hahn

As a Member Palm Beach Surf Lifesaving Club 1945 to date, a
Committee Member 1949 – 1970 and President 1968 a similar commitment to speak when and where asked, don’t leave too many ‘day’s off’.
.
At 82 Ian is also still active, fit and in fine fettle and until recently swam in The Big Swim from Palm beach to Whaley. He will still be swimming in the Masters, named for his father as the Adrian Curlewis Twilight Masters, this Friday, January 6th, 2012. A Weekend Celebration of Surf Life Saving on Palm Beach.

Your dad didn’t mind travelling on buses and ferries to get to Palm Beach and neither do you. What is it that draws you back every year ?

To me it’s home, a place I grew up in. Before the war (WWII) we would rent a house on the hill behind the club. Then during the war, father was away, he was a prisoner of war, at Changi, and we would come and camp at the north end of the beach. Then during the war we had a small group of us who would patrol the beach, taking the place of the men who were away. Because we were so small we couldn’t really carry a big surf reel, so someone found a midget surf reel that we used to march past with.

What is it that makes a good lifesaver?

It’s the training but also spending hours and hours and years in the surf. That’s how you learn about rips and tides and how the ocean is.

Can you nominate one outstanding night, when you were off-duty, that you’d say was the night at Palm Beach; the food was great, the music was great…

There were so many. People would come from Sydney for the Boxing Night Party. New Year’s Eve particularly; we’d end up usually seeing the sunrise; these made a lot of money for the Club and were the main fundraisers each year that kept the place going.

How do you keep fit ?

I still swim three to four times afternoons a week and swim between 800-1000 metres each swim. For a number of years I was the swim coach at Palm Beach because I trained under Forbes Carlile when he was still a student at University. A group of us were his guinea pigs.

I have continued with my swimming and cross country skiing activities. I competed in the 2009 World Masters swimming in Sydney where I gained a Silver and a Bronze Medal. Each year I compete in the KAC Cross Country 9km Race and for some years now I have won my age group. I guess I have to admit the numbers in my age group are rapidly dwindling!!!
Earlier this year I was honoured to be appointed a Life Member of the Palm Beach Lifesaving Club.

Of course Palm Beach is my favourite place in Pittwater. It has been part of me since my early childhood. The friends I have made, the knowledge I have gained, not only of the water, the rips, the waves etc but also of being part of a voluntary organisation have been so valuable.

What is your Motto for life?

My involvement with Outward Bound tells me " Actions/ Consequences". In other words you alone are responsible for all of your actions.

Some years ago I adopted a view of modern Christianity as explained by Bishop John Shelby Spong.

Live life to your fullest capacity as you know how, love wastefully and ensure those in the community in which you live have the same opportunity as you to live life to its fullest