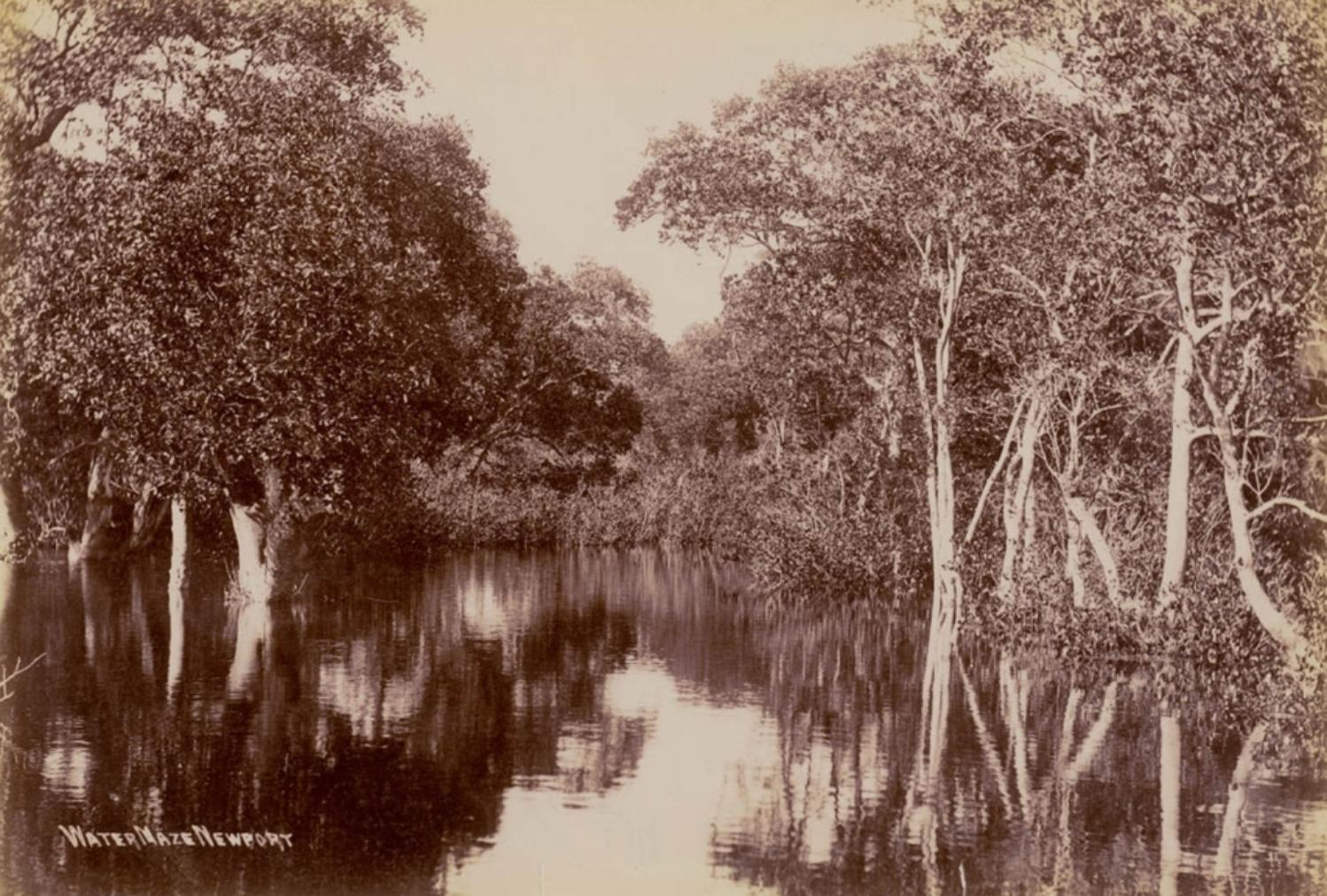 Once a wharf sturdy enough and deep enough to offload passengers at Newport had been built steamers brought people by the thousands to Pittwater.

FISHERIES MATTERS. Mr. F. Farnell presided at the Fisheries board meeting on Wednesday.  As a result of the protests of residents of Pittwater the board decided not to grant oyster leasesof 1700 yards at the Basin or Coaster's Retreat, and of 200 yards at the Maze, Pittwater but to reserve these for the public use. FISHERIES MATTERS. (1906, August 31). The Sydney Morning Herald (NSW : 1842 - 1954), p. 3. Retrieved from http://nla.gov.au/nla.news-article28153824

NEWPORT (PITTWATER). Newport Beach is the favorite surf beach of Pittwater district, and occupies a picturesque position between bold headlands. Newport lies snugly on the shores of Pittwater, and is served by coach from Manly (12 miles), fare 2/- each way. Good hotel and boarding-house accommodation is available. It would be difficult to find a spot offering such a number of charming views or such variety of entertainment. A short walk to the point where the road branches off to Barrenjoey will give visitors a most extensive view of Pittwater and the coast-line. From here one sees the road winding from Manly through the trees, and thinks of the time when it was used as a lookout station for the mails by the enterprising knights of the road, from which it obtained its name of "Bushrangers' Hill."

The beach is within a few minutes walk of the hotel, while the wharf lies at the bottom of the grounds. Round trips are arranged by the Government Tourist Bureau from Sydney to Manly, Newport, and Hawkesbury River, or vice versa, every Tuesday and Saturday throughout the year; fare 8/6. Fishing is good, boating or sailing ideal, and during high tide the water maze is well worth exploration. Launches ply for hire regularly in the bay and connect with the coaches from or to Manly. Many furnished cottages ...

Miss Jean Curlewis has realised the possibilities of a mangrove swamp as a setting for strange and thrilling adventures, and has exploited them with good effect In "Drowning Maze." Visitors to Pittwater are acquainted with the intricate tangle of scrub and channel at the Newport end, but they probably have no suspicion of the exciting things that happen in this eerie locality. Miss Curlewis lets them Into some of Its Intriguing secrets. Her protagonists are four in number, and hall from a school near Sydney. There Is "Streaker," a champion athlete, a person of remarkable prowess, and a thoroughly good follow to boot. There Is "The Cynic," who despises football, but Is well versed in English literature, and Is a highly sagacious and resourceful Individual. There is  "Humpty Dumpty," who has been regarded by his schoolmates as of no particular account, but blossoms out miraculously, and reveals unexpected qualities of leadership in the strenuous times ahead. And, finally, there is Podmore, an urchin who supplies some of the comic relief. Humpty Dumpty astounds his seniors by proposing that they should accompany him on a mysterious expedition to an unknown destination for an unspecified purpose. They are, In fact, to sail, or rather motor, under sealed orders. After some hesitation, they agree, and they receive their directions at the Spit, where also they discover the enterprising Podmore, clinging precariously to the back of the car, an extremely dusty and dishevelled stowaway. It would be unfair to describe their mission or Its denouement, but it Involves stirring doings in the mangrove swamp and in "The Hole in the Wall" on the ocean side of the Barrenjoey road, much dashing about In powerful cars, and speedy motor-boats, and excitement enough to satisfy the most avid seeker after adventure. Miss Curlewis is to be congratulated upon her second essay into fiction. It Is a rattling good yarn, which every boy will enjoy thoroughly. (Ward Lock.) NEW FICTION. (1922, October 14). The Sydney Morning Herald (NSW : 1842 - 1954), p. 8. Retrieved  from http://nla.gov.au/nla.news-article16027779 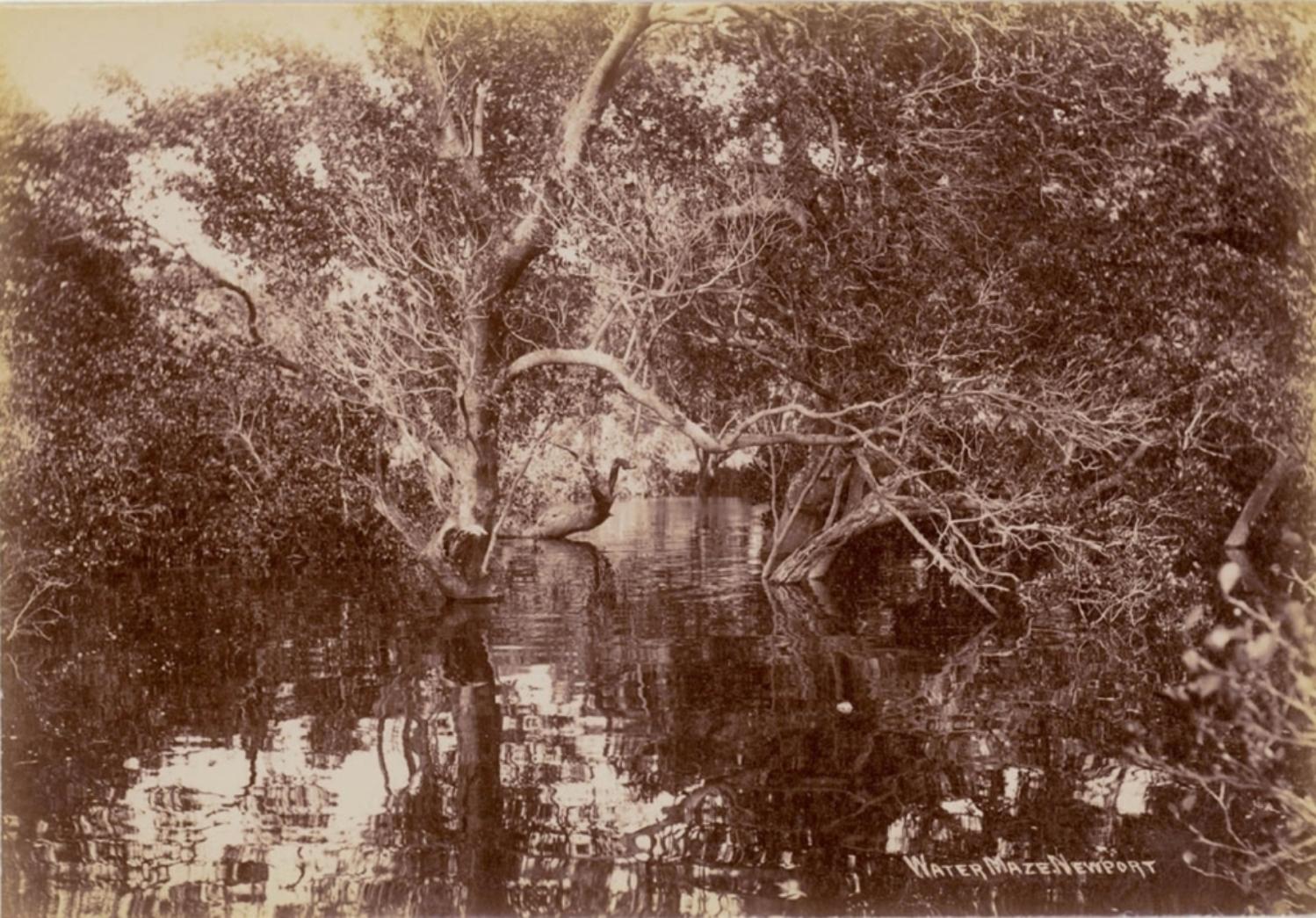 The Ramsar Convention (formally, the Convention on Wetlands of International Importance, especially as Waterfowl Habitat) is named after the city in Iran where the Convention was signed in February 2nd, 1971 and came into being on December 21st, 1975. The first World Wetlands Day was celebrated in 1997.

The Ramsar Convention is an international treaty, to which there are currently 168 contracting parties,  for the conservation and sustainable utilization of wetlands. In other words ' to stem the progressive encroachment on and loss of wetlands now and in the future'. Its aim is to promote and recognise the fundamental ecological functions of wetlands and their economic, cultural, scientific, and recreational value.

As of 2nd of November 2013 the number of Ramsar sites is 2,168 covering an area of 206,632,105 hectares (510,599,050 acres). The Australian Federal Government's Department of Environment states that Australia currently has 65 Wetlands of International Importance listed under the Ramsar Convention, covering approximately 8.1 million hectares. The largest of these is in the Kakadu. “Discovering wetlands in Australia – a primary classroom resource” was published in 2011 for the 40th World Wetlands Day. Still available HERE online.

Besides estuarine and sandflat wetlands, marine, riverine, lacustrine and paulstrine wetlands define and describe the location and kind of wetlands there are.

The international theme for World Wetlands Day 2014 is Wetlands and Agriculture: Partners in Growth.

For thousands of years wetlands have been used directly for agriculture, and for supplying food, fuel and fibre to support lives and livelihoods. Wetlands continue to play an essential role in supporting modern day agriculture. They provide water storage, flood buffering, nutrient removal, water purification and erosion control. Sustainable practices which support both agriculture and healthy wetlands are therefore coming to the fore.

Overview by A J Guesdon, in colour Pictures by Michael Mannington and A.J.G.