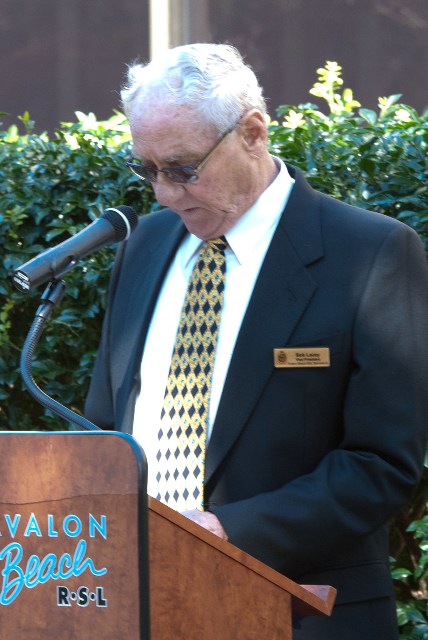 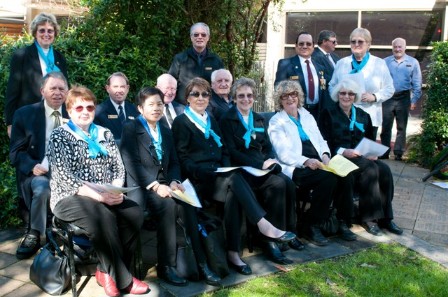 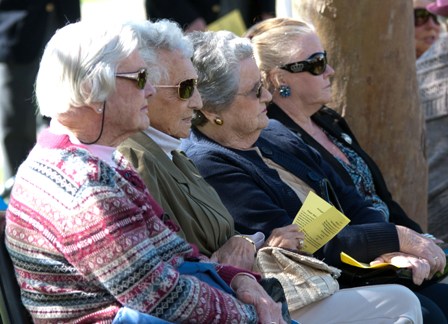 Above Images by Michael Mannington, 2011. All Rights Reserved.

Victory in the Pacific Day at Avalon RSL

On Monday the 15th of August 110 people gathered to commemorate all those who had given their lives or fought in the theatre of conflict known as the Pacific. Welcomed by Commodore Graham Sloper (Rtd.), President of the Sub Branch of Avalon Beach RSL, the Service was held at the cenotaph outside the club. Commodore Sloper opened his introduction thanking resident John Kopetko, a lieutenant in the Serbian Army during WWII, who had recently donated a thousand dollars for the maintenance of the cenotaph.

The Commemoration Address was given by Bob Lacey, Sub Branch Vice President, who kindly allows us to reproduce his words here:

VP Day is a name chosen for the day on which the Surrender of Japan occurred, effectively ending World War II.

Despite the fact that the war in Europe ended with the German surrender on 7 May 1945 which was a week after the death of Adolf Hitler, the war in the Pacific continued until the American Airforce dropped atomic bombs on Hiroshima and Nagasaki on the 6th and 9th August respectively. These bombs caused major destruction and great loss of civilian life in Japan but had the effect of bringing the war to an end and saving many thousands of allied lives.

On the morning of 15 August 1945 the Emperor of Japan announced that Japan would accept the Allies ultimatum to surrender. On the same day just after nine o'clock, as the majority of the population of Australia would normally have been starting work, Prime Minister Ben Chifley's voice was heard over the wireless sets of the nation announcing that Japan had bowed to the ultimatum issued by the Allies and peace was at hand.
For Australians, it meant that the Second World War was finally over; and on the 2nd September 1945 Japan formally surrendered to the allies in a ceremony on the deck of the USS Missouri in Tokyo Bay. Other surrenders of Japanese armies in the field took place across Asia and the Pacific. Thousands of Allied servicemen and women now began returning home and surviving prisoners of war were released and repatriated.

The best way we can honour the Australians who served in the Second World War is to remember why they had to fight and to learn the lessons of those terrible days. The first lesson is that freedom carries a dear price. It is not guaranteed and has to be defended by each generation anew. The second lesson is that Australians have a great reserve of patriotism and determination that is often unrecognised.

Today we salute the million Australians who served in the Second World War; we honour the thirty thousand Service men and women who were taken prisoner; we mourn the forty thousand who did not return. These men and women saved our country and we owe them the duty of learning from their experience.

The Last Post was sounded and all bowed their heads for a minute’s silence before Commodore Sloper read the Ode of Remembrance. The Reveille rang out before John McInerney and Bob Lacey (Vice-Presidents of the Avalon Sub Branch) and Mark Houlder (President of the RSL Club) lay wreaths of remembrance. Everybody was then invited to lay sprigs of rosemary on the cenotaph or on the memorial pavers surrounding.

After the National Anthem all moved into Avalon RSL’s Function room for lunch and the annual sing-a-long. Co-MC with Commodore Sloper (Rtd.), Norma Bennett, informed those gathered that this year each table would be given a song to sing. Amid groans and laughter each then took their turn singing standards such as Hello Dolly and Side By Side. Those that sang ‘Summer Holiday’ won this contest, receiving bottles of champagne. Joint winners for second were the tables who sang Somewhere Over the Rainbow and Slow boat to China.

During an Interval from the singing Tony Lee, repatriated from Vietnam when Australian Troops were withdrawn, and also a violinist, quelled all the giggling with four pieces of music. Beginning with ‘The Street Where you Live’ he ended with ‘Plaisir D’amour’, the tune ‘I can’t help falling In Love With You’ was derived from.

The final song, ‘I Still Call Australia Home', was sung by all present and brought, alike the Last Post and Reveille, a lump to the throat. 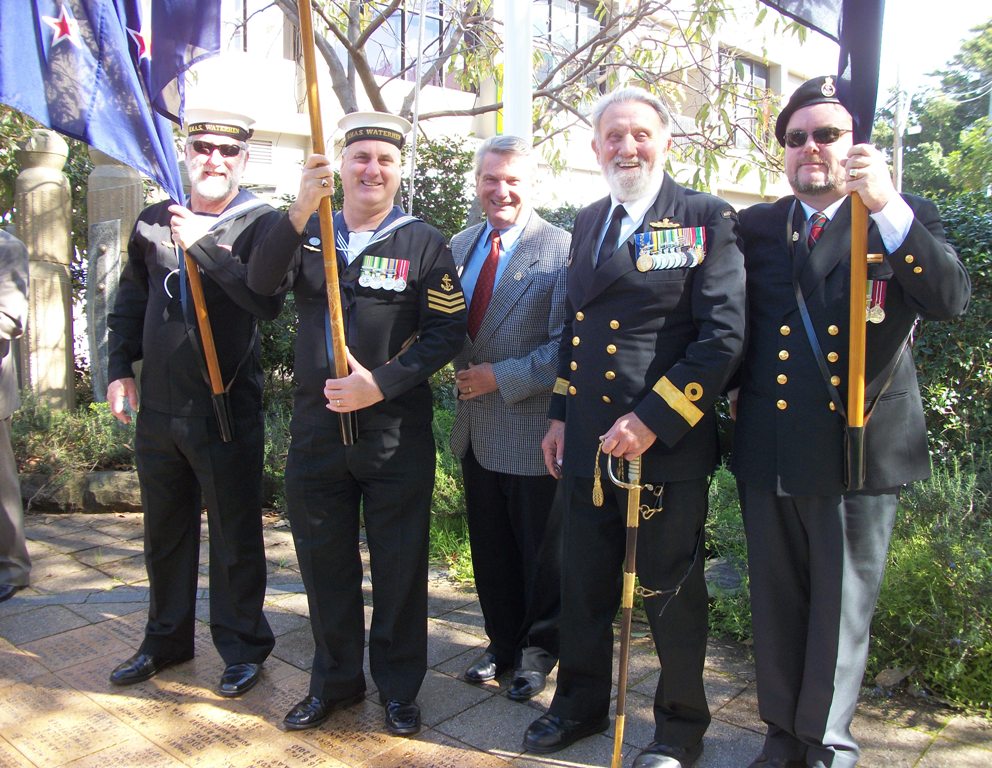