Uncovering The History of West Head 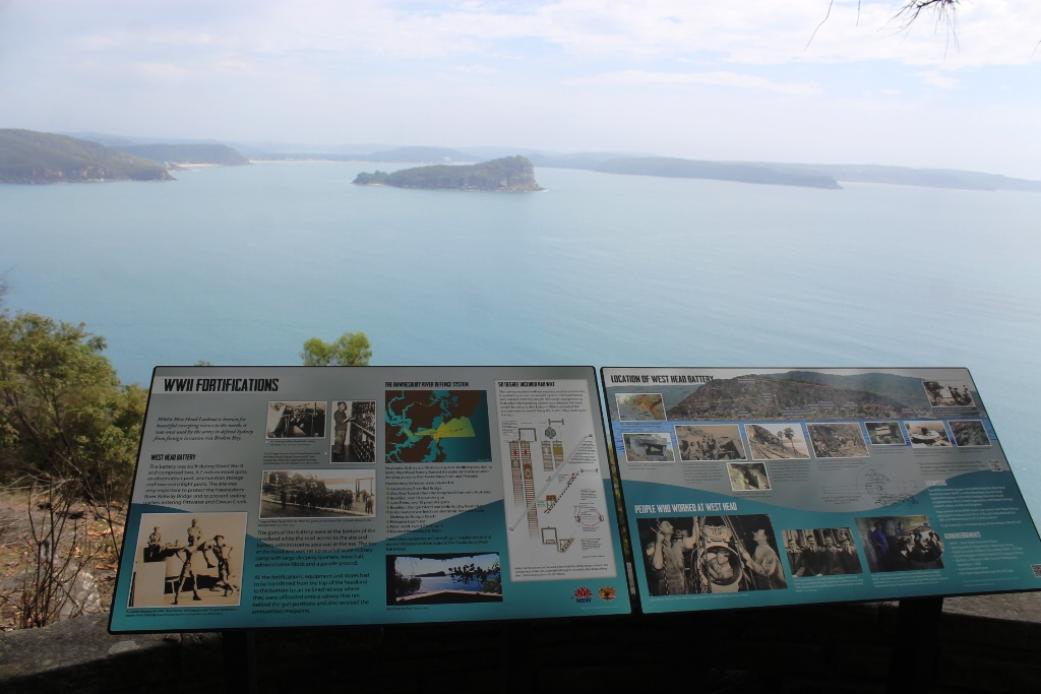 UNCOVERING THE HISTORY OF WEST HEAD

Heritage Minister and Member for Pittwater Rob Stokes today announced $200,000 for works at the World War II gun battery site at West Head, which will help visitors explore the area and the role it played in Sydney’s coastal defences.

Mr Stokes said $200,000 in NSW Government funding would go into building new stairs and restoring access to the old soldier’s track at the Ku-ring-gai Chase National Park site. This is on top of $6500 already provided for new signage.

NPWS Ranger Natasha Funke applauded the volunteers for their work at the site.

“Their contribution has provided a whole new insight into the conservation of West Head and an honour to work with the team,” Ms Funke said.

“NPWS will continue to work with volunteers from the West Head Awareness Team and Chase Alive guides to allow visitors not only to experience the stunning views but also learn about the incredible history of the headland.”

“ This is the culmination of over 2 years of discovery, uncovering, research, compiling and now display regarding the WWII Fortifications at West Head & the Hawkesbury.

As coordinator for WHAT (West Head Awareness Team) I am proud to have been involved with a dedicated, resourceful and energetic Team including the National Parks & Wildlife Service.”

I would like to express my thanks to you all for being present today and my disappoint for not being able to join you.

Firstly I thank the minister, Rob Stokes, for the recognition given to the gun battery and its important role in the defence of the Hawkesbury during WWII.

In 1941 eighty odd eighteen year old boys, young and inexperienced, were brought here to install the guns. With thorough training by Major Garling and thorough continuous feeding (important to 18 year olds) by Eric Jones the cook, it was achieved with many ups and downs , in about 12weeks.

Now we have a memorial to those men who served here, some individuals being featured on these new storyboards.

Many thanks to Natasha and the NPWS Team, and to Rohan and his team of WHAT volunteers, Peter Rea for his graphics and to all the hours of physical efforts put in to bring the fort back to where it is today.

And thanks to Vic Rae who began it all when he encouraged me to write my story to publish in the newsletter of the Royal Australian Artillery Association of NSW. 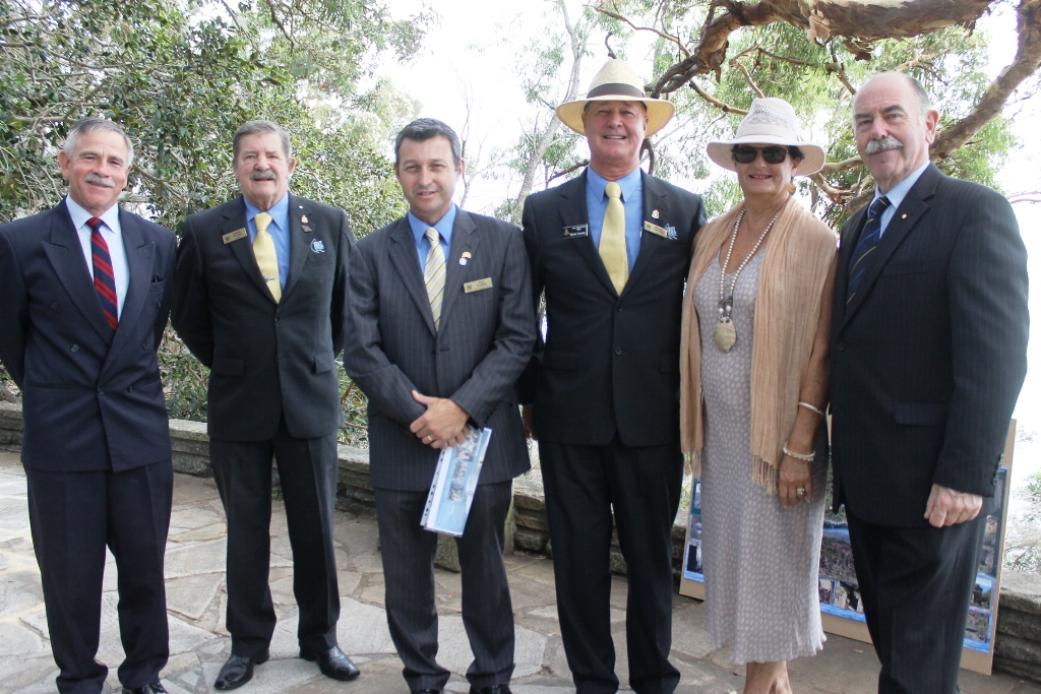 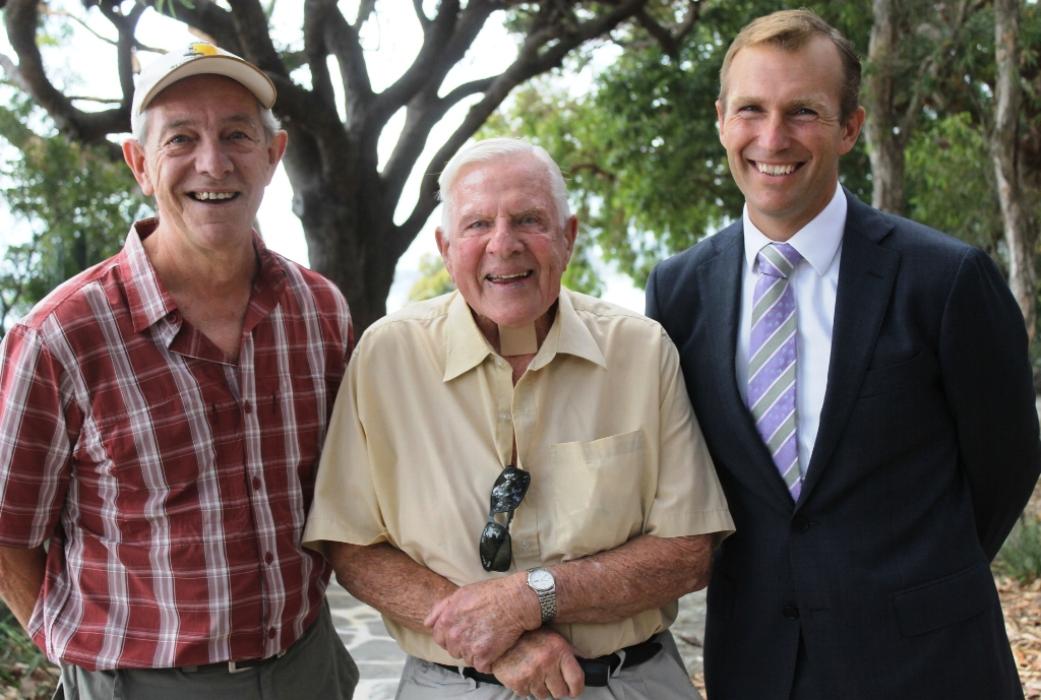 Happy it is in the blossom time,

In the blossom time of spring,

When the morn is in its golden prime

And birds are on the wing.

Blue of the tide upon either hand,

From the sea to Broken Bay,

Blithe at the heart for the wattle's sake,

And the scent the warm wind spills,

Where the Hawkesbury lies, a gleaming snake,

Amid the deep blue hills— ;

Stirring the bee's with their honeyed load

From the blossom feast beneath,

Happy it is to take the road

That winds across the heath.

A deputation from the Kuring-gai Trust yesterday asked the Minister for Lands (Mr. Buttenshaw) to acquire 640 acres of land at West Head, known as Lawson's grant, in the Pittwater area, and add It to the lands of the trust.

The Minister admitted that the land rightly belonged to Kuring-gai Chase, and We regret-ted that the Government had not acquired the land before it was purchased by the syndicate which now held It, He promised to ascertain the cost of resumption. The whole of the facts would be placed before the Cabinet.  WEST HEAD. (1934, February 9). The Sydney Morning Herald(NSW : 1842 - 1954), p. 10. Retrieved from http://nla.gov.au/nla.news-article17046878

No particular significance is attached to the discovery of three mines on the Australian coast within four days.  The mines discovered at Barwon Heads (Vic.) and Albany (W.A) on Monday, and a mine exploded by rifle fire off Cape Three Points, near Broken Bay, lost Friday, were old ones which had broken from their moorings. No evidence has been obtained that new mines have been laid off the Australian coast. None of the Three mines found since Friday was directly in a shipping lane.

All three were contact mines. Under international law, such mines should be designed so that they become harmless as soon as they leave their moorings.

The fact that German mines have been found unexploded, but with their horns broken and battered, has led the authorities lo believe that the enemy is observing this convention.

A rough road branching off from the Pymble to Mona Vale Highway, somewhere in the neighbourhood of Tumble-Down-Dick, leads through part of Kuring-gai Chase to a veritable surfeit of panoramic views, embracing Broken Bay, the Hawkesbury estuary, Pittwater, and Brisbane Water. The road winds along the backbone of a peninsular which separates Cowan Creek from Pittwater, and glimpses of these waters may be seen as one's car bumps over the rock-strewn road. The surface of this is the only deterrent to a delightful motor trip, offering 12 miles of beautiful scenery, which is quite new to almost every visitor to the northern suburbs. Attempts have been made to put this road in some kind of order, but the heavy rains wash away all but the heaviest stones, so that its condition is as bad now as ever it was. Evidently the trust want to keep this portion of the Chase "terra in-cognita," as the cost to the Government would be very little commensurate with the pleasure a good approach would give to the thousands who would make West Head and it senvirons their objective at week-ends.

Fine as the scenes are as one passes along the tortuous roadway, they are completely overshadowed and forgotten at the end of the trip by the views of the Hawkesbury River in the west, Patonga Beach to the north-west, Ocean Beach, Woy Woy, and, in the distance, Gosford due north, with the rugged coastline up to three points carrying your vision out to the horizon. Just below is Lion Island, and to the east Barrenjoey, with Palm Beach filling in the southern portion of the picture.

An easier approach is by way of Palm Beach by car, then by rowing boat or launch to one of the beaches lying below these heights.

The climb up is steep in places, but easily negotiable; and this route has the advantage of varying one's method of locomotion, which offers some advantage in winter. The car certainly gains by it. It is preferable to trying to walk from Pymble-road, as some do, for the distance by road is about 12 miles, and the road almost as hard to walk over as to motor.

But to those who appreciate something new and strange the trip is confidently commended, especially when the wildflowers are displaying themselves in profusion. WEST HEAD. (1931, September 26). The Sydney Morning Herald (NSW : 1842 - 1954), p. 9. Retrieved from http://nla.gov.au/nla.news-article16806091 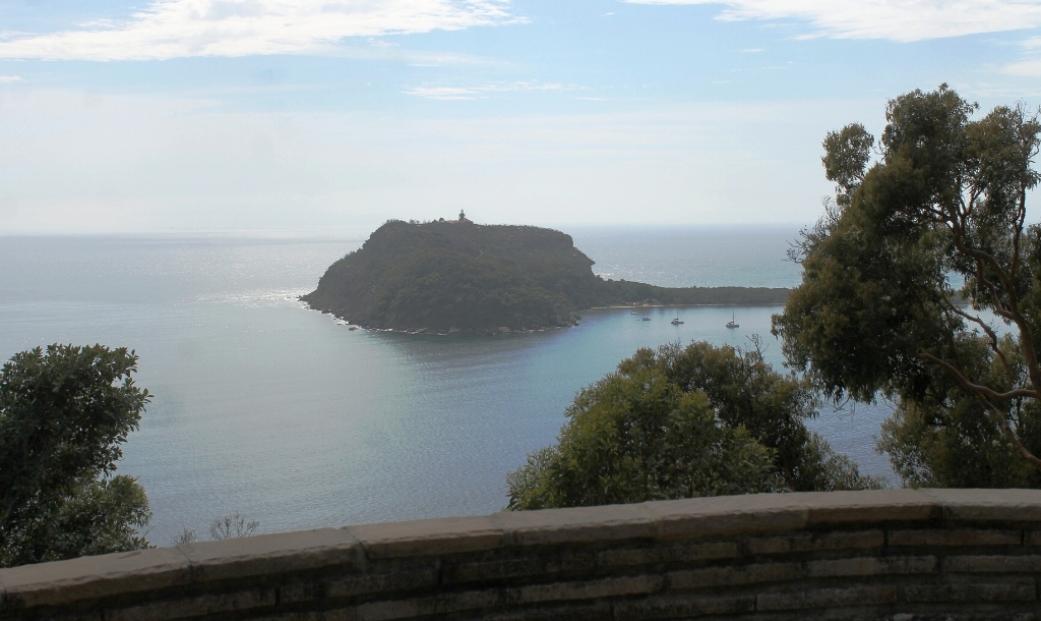 by NSW National Parks and Wildlife

In 1941 a group of young men were sent to West Head overlooking the mouth of Broken Bay and Pittwater to install two seven inch naval guns to protect this part of the coast from invasion by enemy forces during the WWII. The small complex of forts were long forgotten until recently when the NPWS and a community group got together to clear away the vegetation that had completely enveloped the structures. Ninety year old Jack "Bluey" Mercer was an 18 year old who was sent to West Head to install the guns and his lively recollections are compelling viewing. This video also features explanations of the history of the site from military historian Vic Rae and the story about how the NPWS and community worked together to reveal the West Head forts and save them from the enveloping vegetation.

Extended interview with Jack "Bluey" Mercer from OEHmedia on Vimeo.