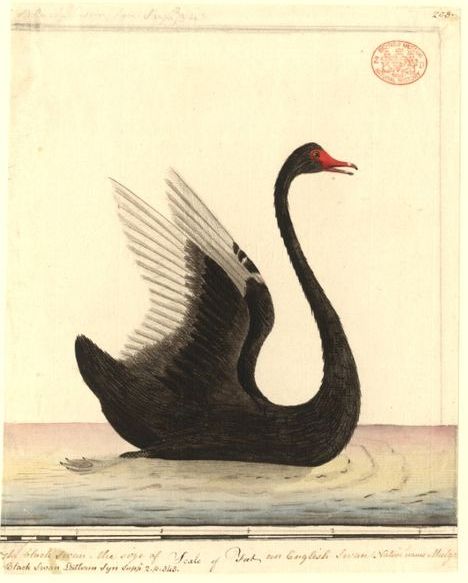 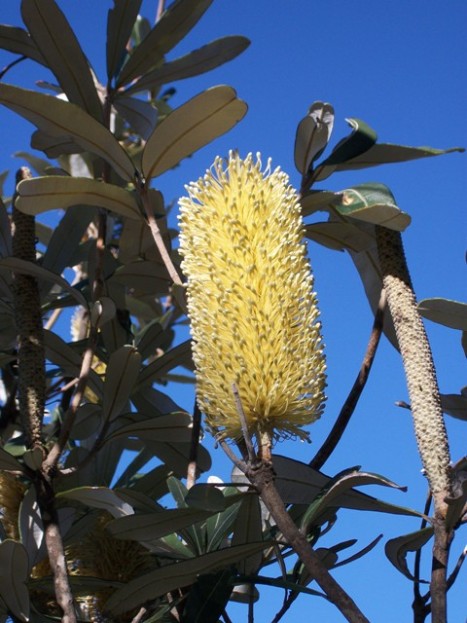 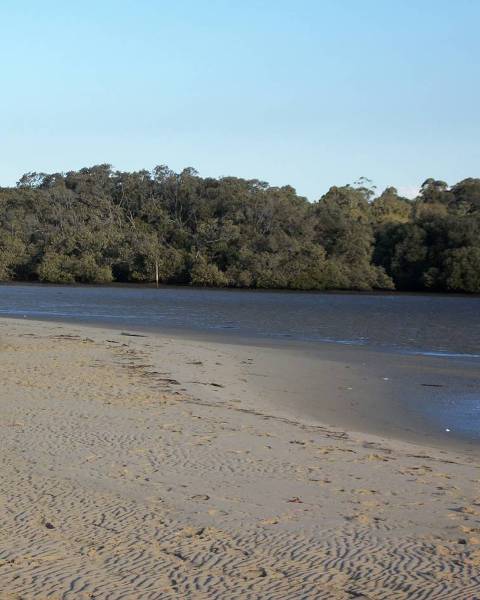 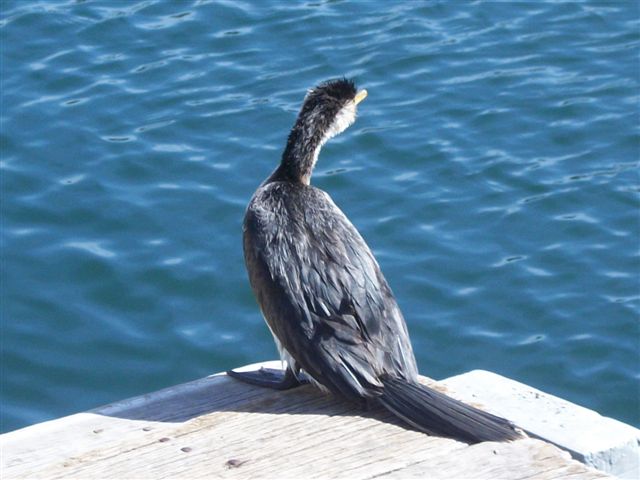 Once, long ago, the drive along this road was a feast of beauty, when one bowled along between sea and bush, with wide-spreading views on either side. We used to leave Circular Quay by the 8 o'clock boat to Manly, where at the wharf was waiting the old coach with its four horses. With luck-one seemed to be always lucky in those far-away days we got box seats and set out on our journey with gay spirits in the morning! sunshine. Down the Corso we rattled, and along the Steyne, with the pine trees making a delicate screen between us and the blue ocean. Leaving the Steyne, we crossed the bridge over the lagoon, not yet drained and ordered, into a golf course and suburban lots, but stretching lazily over the lowlands, where a vegetable gardener or two grew produce for "The Vil- lage." Then on past swamps, where red callistemon flowered in thousands, on round the foot of the hills, where a million flowers bloomed amongst the grey rocks and birds sang gaily and darted to and fro before us.

Here and there, at long intervals was a dwelling-some hermit in search of solitude, or an intrepid pioneer sensing the future value of the land. But so few they were that they scarcely made an impression on the landscape, and the drive seemed to be all bush. All bush and sea, lor ever and again as the road leaned seawards we had the uninterrupted view of golden sand and blue ocean. Deewhy Lagoon, with its background of sand- hills and bushy cliffs, was a-swarm with black swans. Narrabeen stretched In a long, unbroken vista from Long Reef to the Lakes. What houses there were were mostly on the land side of the road, and a few on the shore were so scattered that they did not interrupt the view. (Our young architect used to plan an ideal Narrabeen, with all the dwellings on the hillside and the whole sea front a reserve.) And so all the way to Church Point. At Rock Lily and Bayview, where painters and professors had holiday homes, the houses were built on the higher side of the road, above the encroachment of the tide and the mosquito-laden swamps, and the view was free for all travelers to enjoy.

JOLTS AND JERKS.
Perhaps time has shed a glamour on that drive. Certainly the road surface was not what it is to-day, and the old coach rolled and rattled at times, but what are jolts and jerks to sixteen on a fresh spring morning, with sea and sky and bush alive with beauty?

Of the road which branched off to Newport and beyond we knew less, but we used to hear of the many charms along its length from two young men who every winter Sunday morning set out with a packet of sandwiches to walk to Barrenjoey. (They didn't "hike" in those days; they simply walked.) Later we came to know that road well, too. The green slopes and beach of Mona Vale, where a man ahead of his generation had built a mansion, almost at the end of the world it seemed then, the spreading sandhills of Newport, and the little beach beyond, with its rich palm grove-we knew them in their unspoiled days. Leaving the sea, the road climbed across to the inland harbour and ran along the water's edge, with nothing but the tall gumtrees to break our view of the blue bay; past Careel Bay, with its mangrove swamp; past the green flats, with their narrow border of pearly sand, to Palm Beach itself, where the gaunt grotesque tea-trees and banksias grew to the edge of the rosy sands.

But year by year the road grew, and In Its growing lost much of its charm. Tramlines stretched out mile upon mile; houses sprang up in long rows; the swamps were drained; the wild flowers disappeared. At Deewhy the black swans still floated on the lagoon, but in lessening numbers; Narrabeen Beach-now Collaroy-was hidden by a continuous line of cottages, and the sea was glimpsed only at the end of side streets; our young architect's dream of an ideal Narrabeen was gone for ever. The pleasant green sward which flanked Broken Bay at Palm Beach was covered with dwellings, and the white beach which encircled it "like a lovely woman's arm." as a poet said, was barely visible from the road. On the ocean front most of the tea-trees and banksias had gone to make way for neat lawns stretching to within a few yards of the water. Everywhere beauty had been driven out by profit, and the road which might have been one of the loveliest of seaside drives had been reduced to an almost suburban dullness.

THE NEW ROAD THREATENED.
With a luck which comes but seldom to those who have wasted their opportunities, this coastal strip has been given another chance. A new road has been built along the top of the cliffs, with wide views over hills and ocean. It is a road along which we always take our visitors, and we are never disappointed at their exclamations of surprise and delight. One world traveler said: "I have never seen a more beautiful seascape. It alone Is worth the long journey to Australia!" But alas! this new road is threatened with the fate of the old one. Already here and there a building stands between the road and the ocean. At present they are too few to spoil the landscape, but unless some action is taken in a few years, the whole of the view will be blocked out by rows of houses, and our last chance of a magnificent scenic drive will be gone.

Above: Photo of Amy Eleanor Mack, by May Moore
National Library of Australia, nla.pic-an3084668

Black Swan Illustration: Very early depiction of Cygnus atratus, given the title "Black Swan", native name "Mulgo". Date [between 1788 and 1792], Source: from the First Fleet Artwork Collection at The Natural History Museum, London. Author: The drawing is unsigned and undated, but was published in London in 1792 . Attribution is given the term Port Jackson Painter. 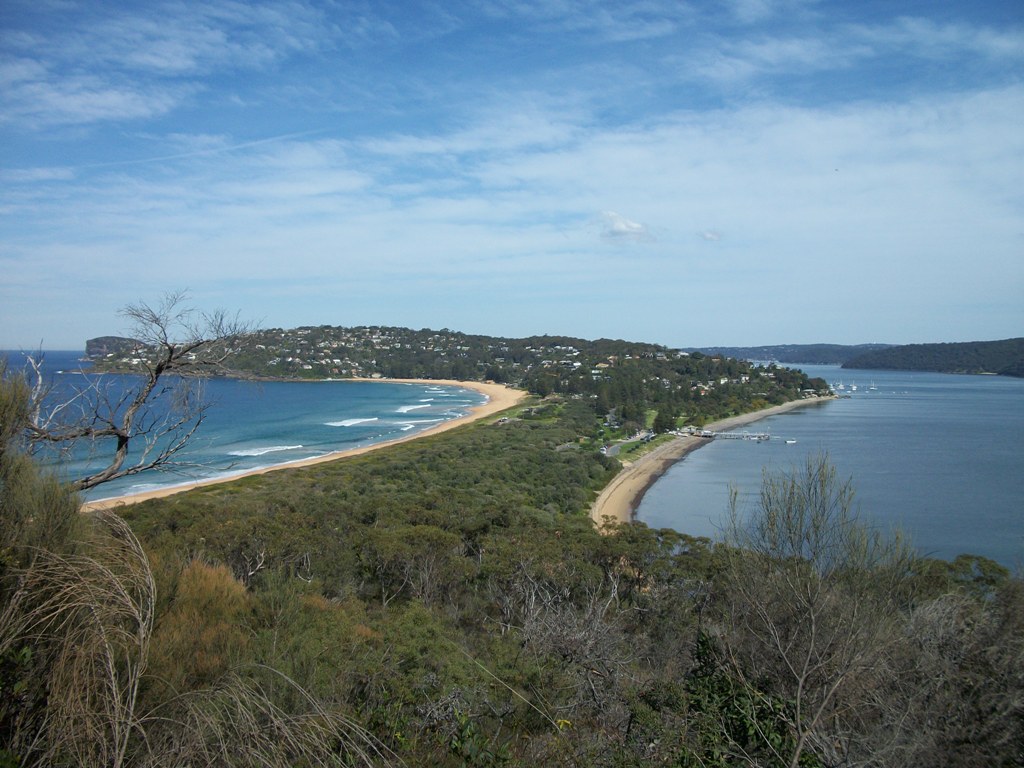 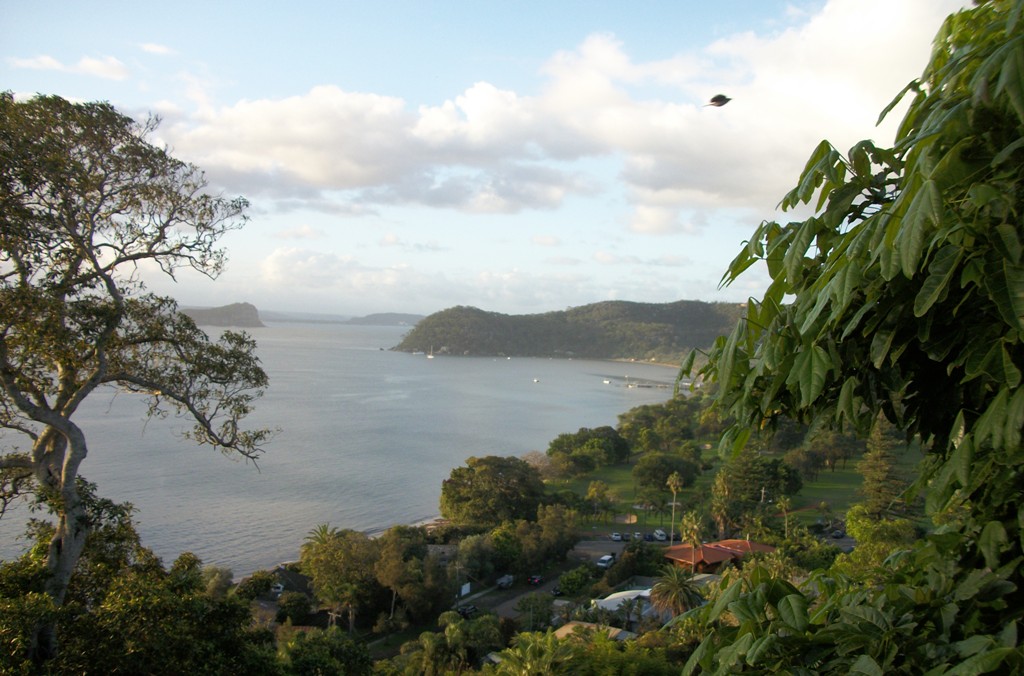