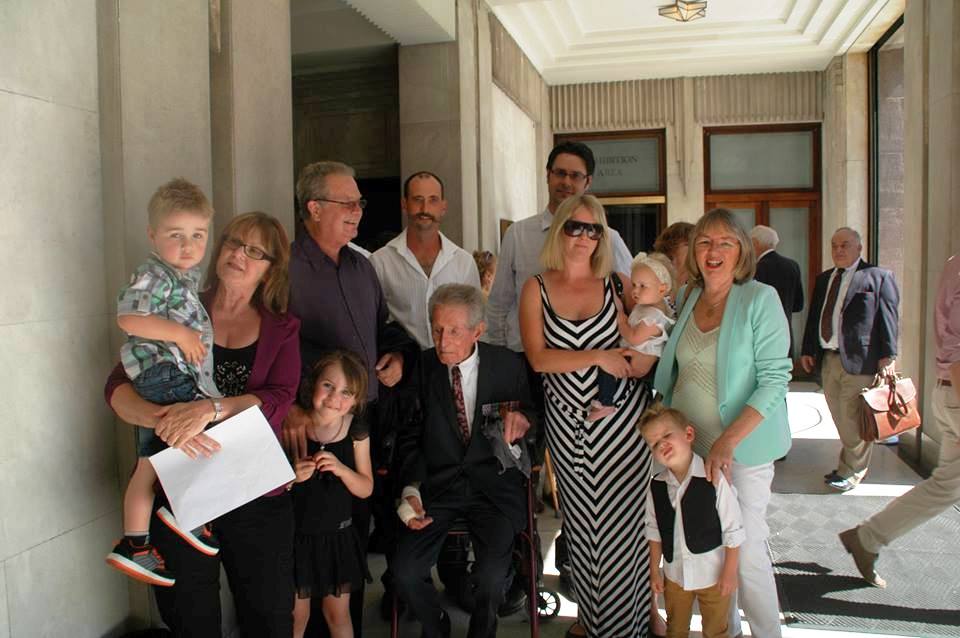 War Veteran Fred Phillips, an old Newport resident and father of our own Elyse Cole (Mermaid of Palm Beach), this week received the French “Legion of Honour” from the French.

The Ceremony was celebrated at the War Memorial in Hyde Park with a very emotional speech by Mr Kader ARIF, the French State Secretary to the Minister of Defence in charge of Veterans’ Affairs and Remembrance.

Mr. Fred Phillips and four other veterans, Mr. Anthony Adams, Mr. Ralph Chilcott, Mr. Keith Levitt and Mr. Richard McKenzie, were awarded the insignias of Chevalier in the French National Order of the Légion d'Honneur for their contribution to the liberation of France during World War II.

Elyse tells us Fred had to send certified copies of his log book to the French via their embassy to prove he “was there” however, all went well, and all was moved forward as the Minister was at the G20 and then part of the ceremony on Tuesday November 18th.

Mr. Fred Phillips bought land in Newport in 1948 and lived there till 1978 when he and Elyse’s Mum moved to North Richmond for another 30 years in a lovely old federation home on acreage.

During the war he flew 64 missions as the pilot on, mostly, Lancasters but also Sterlings and others.  He was 20 when he flew the missions for which he was awarded the DFC & Bar and he also has the Croix de Guerre for his part in the liberation of France during this time.

"He was a Pathfinder and we have recently completed his “memoir” which should be published in the next month or so. "

He became a pilot for Qantas after the war and was with them for 32 years. Memorably during that time, he was sent to Seattle to fly the prototype Boeing 707 as part of the training crew. He’s had a long (now 91) and interesting life and has been back in Avalon for 4 years.

“I also find it amazing that he and his 3 sisters are all still alive, the baby will be 90 next year!!!! “ Elyse said to us during this week.

Grandson Scott, Great Granddaughter, Georgie and his friend Renie, who marches in town the whole way with him each year!

The Legion of Honour, or in full the National Order of the Legion of Honour (French: Ordre national de la Légion d'honneur) is a French order established by Napoleon Bonaparte on 19 May 1802. The Order is the highest decoration in France and is divided into five degrees: Chevalier (Knight), Officier (Officer), Commandeur (Commander), Grand Officier (Grand Officer), and Grand Croix (Grand Cross).

The order's motto is Honneur et Patrie ("Honour and Fatherland"), and its seat is the Palais de la Légion d'Honneur on the left bank of the River Seine in Paris.