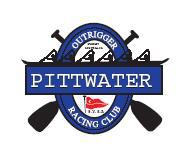 The Pittwater Outrigger Canoe Club is 20 years old in 2015, an indication of a form of paddling that is not only ancient but dynamic and very popular today. People may have seen these sleek craft and their crews out on Pittwater training or just out to have some fun. The Pittwater Outriggers Canoe Club has three sides to it - a Competition aspect for those who like to race, a Semi-serious aspect for those who like to race as well as have some fun, and a Social focus, for those who love to paddle and enjoy good company - all three share a camaraderie for outriggers and Pittwater.

This year we are privileged to share a small insight into the Pittwater Outriggers Club, a wonderfully friendly group of people that has a focus on Diversity and Equality and great fun!

First though, a little about the ancient canoes themselves:
Outrigger canoes were originally developed by the Austronesian-speaking peoples of the islands of Southeast Asia for sea travel. They were used to transport these peoples both eastward to Polynesia and New Zealand and westward across the Indian Ocean as far as Madagascar during the Austronesian migration period. While today they can be found in East Africa (e.g. the ungalawa of Tanzania), the Austronesian peoples (Filipino, Malay, Micronesian, Melanesian and Polynesianpeoples) continue to be the primary users of the outrigger canoes also it became very popular in Puerto Rico. Outrigger fishing canoes are also used among certain non-Austronesian groups, such as the Sinhala in Sri Lanka, where they are known as oruwa, as well as among some groups in the Andaman and Nicobar Islands. The ethnological significance of this spread has been studied by James Hornell. When Magellan's ships first encountered the Chamorros of the Mariana Islands in 1521, Antonio Pigafetta recorded that the Chamorros' sailboats far surpassed Magellan's in speed and maneuverability. (1.)

Today a variety of boat types exist, including the OC1, OC2, OC3, OC4 and OC6 (with the respective number of paddlers using a single-hull outrigger canoe), and the DC12 or OC12 (with twelve paddlers using a double-hull outrigger canoe, two six-person canoes rigged together like a catamaran). Outriggers without a rudder are referred to as V1, V2, etc. (where V refers to vaʻa). 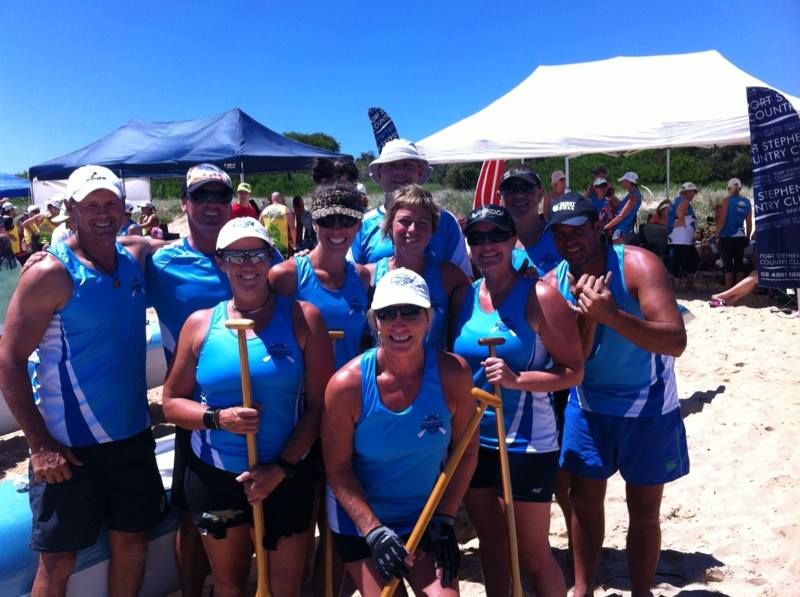 Open Mixed Crew 2015 - Pittwater Outriggers Racing Club
Single-hull outrigger canoes have an ama (outrigger float) connected to the main hull by spars called ʻiako (Hawaiian),ʻiato (Tahitian), orkiato (Māori). The ama, which is usually rigged on the left side, provides stability. The paddlers need to be careful to avoid leaning too far on the opposite side of the ama, as that may cause the canoe to capsize (huli orlumaʻi). There are also outrigger sailing canoes ranging from smaller three or four-person canoes to large voyaging canoes. Sailing canoes may have one ama, two amas (one on each side, but only one side is normally in contact with the water), or a double-hull configuration (like a catamaran).

In an outrigger canoe the paddlers sit in line, facing toward the bow of the canoe (i.e. forward, in the direction of travel, unlike rowing). The seats are numbered from 1 (closest to the bow) to the number of seats in the canoe, usually 6. The steerer sits in the last seat of the canoe (seat 6 in the common OC6) and, as the name indicates, is primarily responsible for steering. The paddler sitting in seat 1 is called the stroke (or stroker) and is responsible for setting the pace of the paddle strokes. In the middle of the canoe (seats number 3 and 4) known as the powerhouse are strong and powerful paddlers. Any of the 2 can be the 'caller' who directs when to switch over their blades, when to pick up or slow down the stroking pace, etc. Whoever is caller must have very good leadership skills and know how to think off the top of their head in any situation. Every position has an important role to play in the canoe.

About the Pittwater Outrigger Racing Canoe Club
Pittwater Outrigger Racing Canoe Club was formed in 1995 by a group of enthusiasts who appreciated how lucky we are to have such easy access to the beautiful waters of the Northern Beaches. Over the last 20 years has gone from strength to strength with an ever increasing membership of both competitive and recreational paddlers.

Outrigger canoe paddling is an exciting, exhilarating and challenging experience which promotes fitness, teamwork and general well-being through a healthy outdoor lifestyle.

The club has a number of committed and long term members who ensure that everyone is given a range of opportunities to paddle, to improve their fitness, stamina and technique or for a leisurely paddle to enjoy the stunning scenery, flora and fauna around Pittwater.  Our members range in age from early 20s to late 70s and compete in age divisions including Open, Masters, Senior Masters and Golden Masters in Men, Women and Mixed divisions.

Due to our strong membership the club is able to continually assess its canoes to ensure that members enjoy well maintained and in some cases state of the art craft.

The location of the club in picturesque Pittwater, on Sydney’s Northern Beaches, allows access to the protected expanse of Pittwater and offshore for ocean training in the Tasman Sea.  This idyllic position enables amateur and experienced paddlers to find conditions to suit their skill level on almost every day of the year.

The club is always keen to welcome new members whether they want to paddle socially to keep fit and meet new people or to compete in regattas around Australia.  We have training sessions to suit absolute beginners, returning and competitive paddlers. 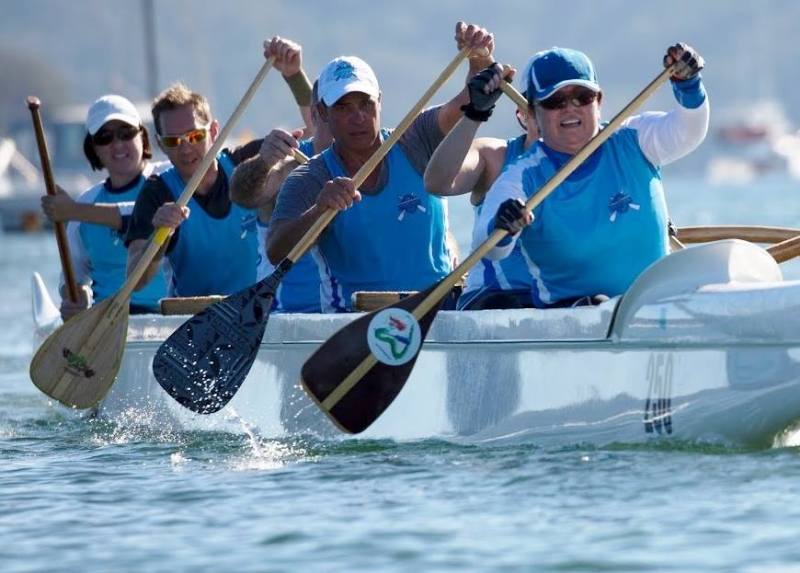 Scotland Island Showdown -  July 2015
Training
The club has 2 registered coaches.  Whilst attention is paid to technique at most sessions, special technique sessions are arranged during the year.

Training sessions:
These training sessions are open to all club members and continue throughout the year.  Winter is a great time to train and maintain fitness.  During the race season, men’s, women’s and mixed crews may choose to train separately and at other times to fit their individual schedules.

Please join us on the Pittwater Outriggers Team App; so that you will always know what training opportunities exist. We can all see who is training and ensure we have the correct equipment at the right location. Opt in to player or official and your reason for joining is that you are a member/paddler.

The times below are On The Water. Please arrive 10 minutes before the session starts.

Tuesday and Thursday
Fitness and technique
Time: 5:00-6.15am
Departing from Rowland Reserve near the boat ramp

Wednesday
Social and beginners
9:00-10.30am
Departing from BYRA

Friday
Social and Beginners
8:30-10:00am
Departing from BYRA

Saturday
Fitness, Strength and Stamina
6:30-8:30am
Departing Rowland’s Reserve, near the boat ramp

Racing
The club has a strong tradition of competing with members participating at regattas within NSW, interstate, and overseas.  It is common for 3 or 4 crews to compete at the events in NSW and the results table is testament to the training that takes place during the season.  Novice paddlers are encouraged to take part in these great events to experience the sport at a different level.

Some of our members compete offshore and  internationally, representing the club at Hamilton Island, Norfolk Island,  The Cook Islands, New Zealand, Singapore and of course Hawaii. See our Facebook page for immediate race results!
Club tops are required for racing and can be purchased from the Uniform Steward. 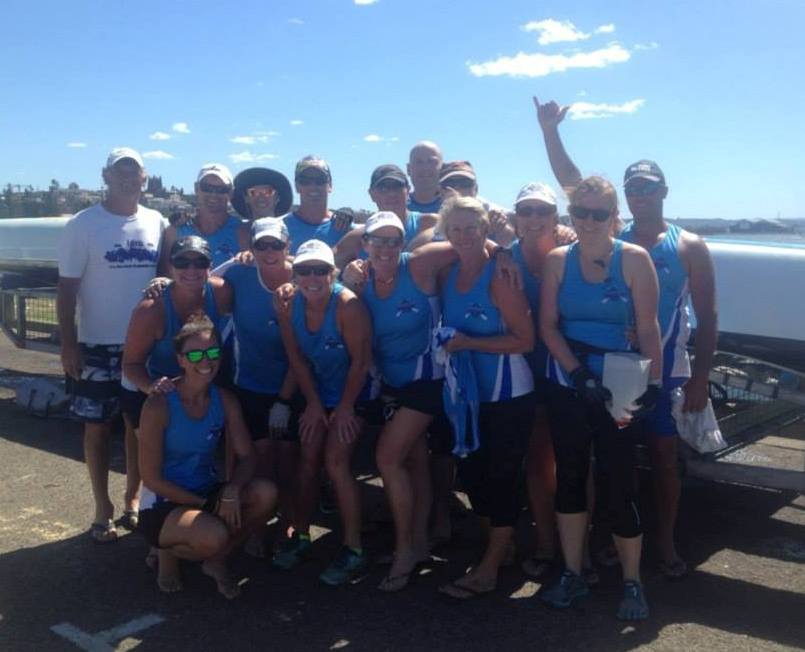 Please join Pittwater Outriggers on the Team App; to ensure that you’re informed about the many training opportunities available to you each week.

Favourite places in Pittwater
All of it. Each and every day is different, all year round. We can do a paddle over to Currawong, a beautiful place, and we do paddles around Lion Island as part of training sessions, and we love it when there’s a bit of a swell running to catch back into the estuary. We also paddle outside and down to Avalon Beach and back.

During Winter we can be out in howling north-easterlies and it’s exhilarating. Then there are days when it’s all blue sky and clear calm waters and can really enjoy being in this beautiful place where you have access to so many offshore areas and pristine beaches. 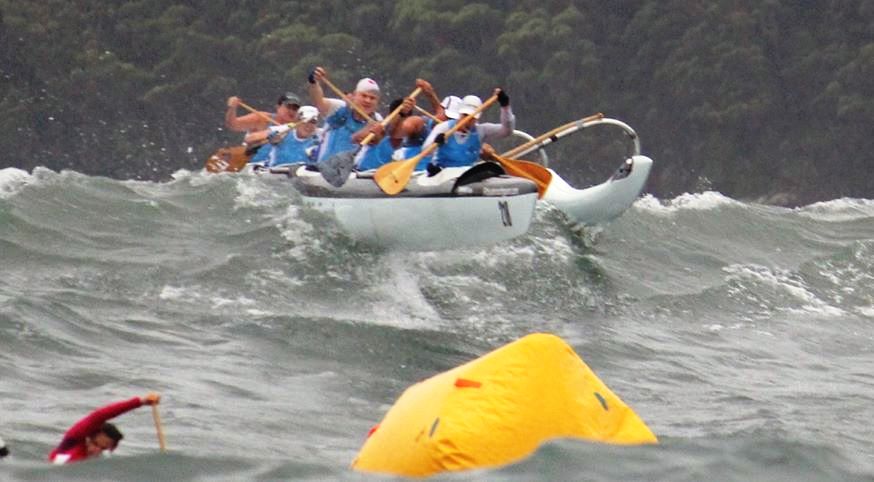 The outrigger canoe (Taiwanese: Monga; Filipino: bangka; Indonesian: Jukung; New Zealand Māori: waka ama; Cook Islands Maori:vaka; Hawaiian: waʻa; Tahitian and Samoan: vaʻa) is a type of canoe featuring one or more lateral support floats known as outriggers, which are fastened to one or both sides of the main hull. Smaller canoes often employ a single outrigger on the port side, while larger canoes may employ a single-outrigger, double-outrigger, or double-hull configuration (see also catamaran). The sailing canoes are an important part of the Polynesian heritage and are raced and sailed inHawaii, Tahiti, Samoa and by the Māori of New Zealand also it became very popular in Puerto Rico.

Unlike a single-hulled canoe, an outrigger or double-hull canoe generates stability as a result of the distance between its hulls rather than due to the shape of each individual hull. As such, the hulls of outrigger or double-hull canoes are typically longer, narrower and more hydrodynamically efficient than those of single-hull canoes. Compared to other types of canoes, outrigger canoes can be quite fast, yet are also capable of being paddled and sailed in rougher water. This paddling technique, however, differs greatly from kayaking or rowing. The paddle, or blade, used by the paddler is single sided, with either a straight or a double-bend shaft. Despite the single paddle, an experienced paddler will only paddle on one side, using a technique such as a J-stroke to maintain heading and stability.

The Polynesian Voyaging Society has two double-hull sailing canoes, Hokulea and Hawaiiloa, and sails them between various islands in the Pacific using traditional Polynesian navigation methods without instruments. The Hikianalia andAlingano Maisu are other extant double-hulled voyaging canoes.

The technology has persisted into the modern age. Outrigger canoes can be quite large fishing or transport vessels. In the Philippines, outrigger canoes (called bangka, parao or balanghai) are often fitted with petrol engines. The links between seafaring and outrigger canoes in the Philippines extend through to political life, in which the smallest political unit in the country is still called Barangay after the historical Balangay outrigger proas used in the original migrations of the first Austronesian peoples across the archipelago and beyond. 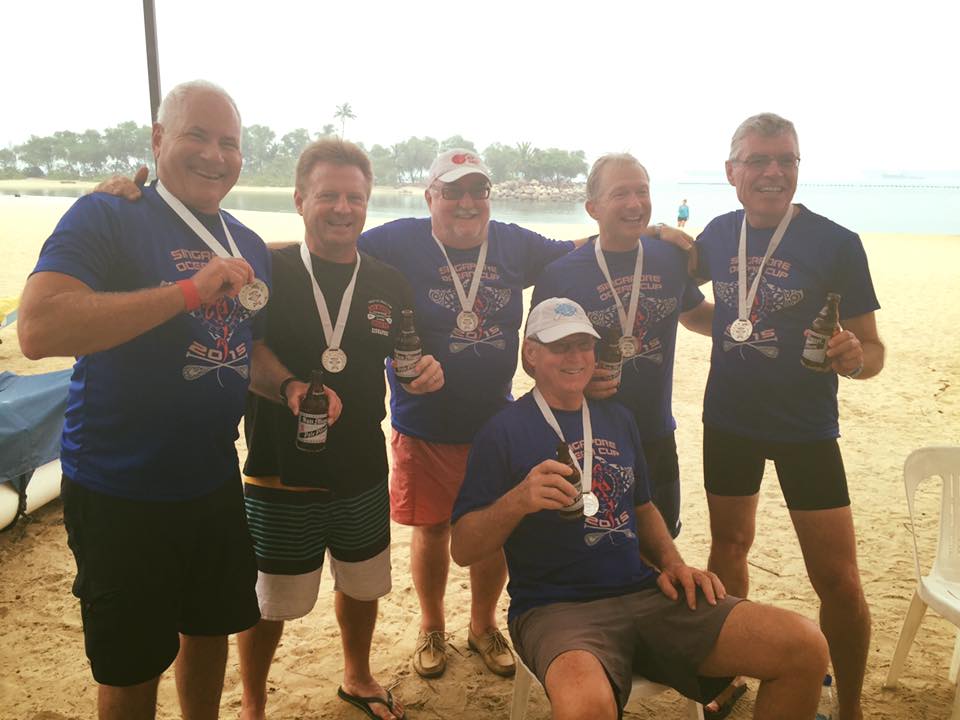