One of our regular contributors and consultants in grammatical matters is writer Pam Bayfield, a matriarch of our community and a former teacher. Asking Pam if we could share content about her  instead of from her is like getting a free pass  as her love of words, and writing, meant all we had to do was set it.

Pam's deep interest in other people and their stories has provided and contributed insights on Australians we would be poorer without. Her love of family brings a realism and richness to all her works. Since time is not slowing down or dulling her appetite for life it is fitting that she is our first ever Spring Lady. 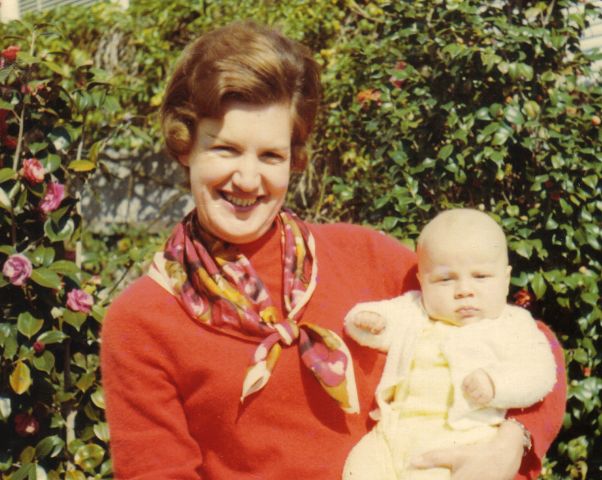 Above: Pam with Justin as a baby. Below: On holidays with Garnet. 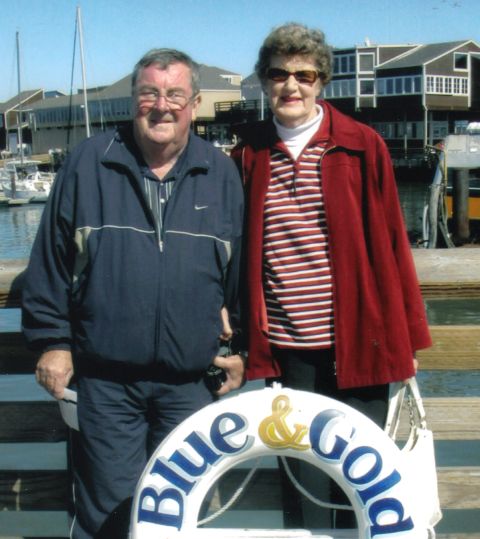 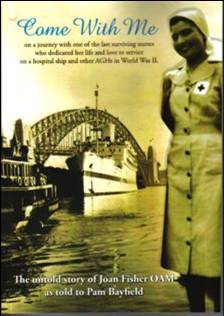 Recent OAM Recipient Joan Fisher shared her story of Nursing in the Defence Forces with local writer Pam Bayfield who then wrote Come With Me. To Celebrate her award this book has been re-released and is available at http://www.pambayfield.com.au/ and at Berkelouw Books in Mona Vale. Vocational, Historical and just a great read. 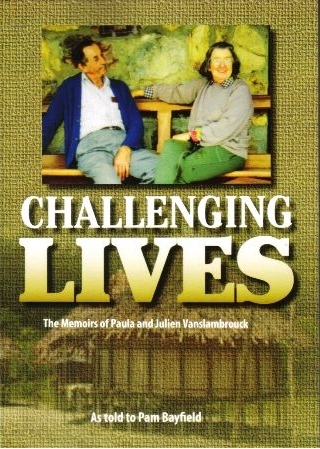 Pam Bayfield's Challenging Lives is the memoirs of Paula and Julien Vanslambrouck, as told to her, and gives insights into two people whose lives encapsulate a whole era of Australia's histroy. Paula, born in Wauchope and growing up during the Depression, and Julien, whom we meet when he is hiding from Nazis and flees to Australia as a post-war migrant, both seek a better life. Their marriage and determination to make their lives all they can be, their contributions to community, make theirs an inspiring journey and this a worthwhile read.

I had a very enjoyable childhood, living in many different parts of Australia as my father was a mining engineer. I was born in Mt Isa, my mother from Dunedin New Zealand hating every minute of her time there. David, my only brother was born three years later. We moved to the Atherton Tablelands, to a place called Herberton, a much milder climate and lived there for four years. Most of my schooling was in Broken Hill where dad was the Mines Inspector. Six happy years putting up with the heat of summer, dust storms and mosquitoes. By the time we left I had completed three years of primary and three years of High School. I made many true friends in this city and we are back in touch today through my autobiography, which I wrote in 2002.

Armidale was our next move and my mother thought a private school may improve my manners and give me a lick of polish. I attended PLC for my last two years of school. As we lived right around the corner from the Teachers College I thought it beneficial to go there and what a good decision that turned out to be as I loved my years of teaching. My first appointment was Arncliffe and that meant three modes of transport as we lived in Manly Vale at the time. While I was there they celebrated their 100 years and now I have been invited back to their 150th at the end of this year. Where did that fifty years go?

I was then appointed to Dee Why Primary and had a wonderful time for the next six years, teaching all girls classes and then co-ed before moving to Brookvale as Deputy in 1970. In the mean time I had met Garnet and married him in 1966.  A few years later Justin was born to be followed by Cameron and then Mark. My teaching days were over as I became an at home mother. As they moved on to school I helped Garnet in his Real Estate business and played tennis two days a week. Life was good. We lived in Cromer in those early days and then bought a house in Elanora where I still am today minus my darling husband. My children are all married with their own families. I now have four granddaughters. One son Justin lives in America and he has a three year old daughter. I am going over to visit later this year.

I returned to teaching after 17 years and taught at Pittwater House where my boys were pupils. I taught for ten years before deciding enough was enough and I retired. What was I going to do to fill in those years stretching ahead of me? I did a few years of art and craft before I began writing my mother's story, which was very basic, done in an A4 folder with photos. I was very proud of my efforts. I knew there had to be more to it and decided to attend a writing course at a Community College at Narrabeen with Robyn McWilliam. I met some lovely ladies and seven of us formed our own little writing group. We met occasionally to listen to each other's work and give comments. At this time I embarked on my first novel, a faction (fiction based on fact) about my father's side of the family. I changed the names and places and called it To Those Who Wait as it told how each of dad's sisters had to wait to marry their loved ones as did my father as he had to complete his university studies before mum would become engaged to him.  The oldest sister was denied the opportunity to go to university as 'you will only get married'. Ironically she didn't ever marry but was a wonderful actress and the subject of another book called A Leading Lady.

Anneke's Story followed and this was a biography about a lady imprisoned by the Japanese in Java during WWII. Anna Van der Laarse lived at Dee Why Gardens and we met while I was promoting my first book. She told me she had a story under her bed and it was about her memories of the time in the camps. I interviewed her to get the story behind the story, before going away and writing it for her. She wanted her story told and was happy once it was out there for others to read.

Knees Up Mother Brown was written after my bilateral knee operation and that has had many re-prints. It has helped many people having similar operations to understand what I went through to achieve full recovery and back to playing tennis once again.

My first fiction story Silver Dreams was about Broken Hill and it is a family saga, going back to the early days of the town, following the lives of four families. The historical facts are as true as I could make them, having done a lot of research. Going back for a book launch was a lot of fun and I sold a great number at the time. Book launches are the way to get your book out there and I had many at Mona Vale Golf Club. I had it as a dinner and always invited someone of note to do the launching.

The last two books have been about people who lived at the War Vets and Joan Fisher's Come With Me sold over 600 copies and the latest Challenging Lives - the memoirs of Paula and Julien Vanslambrouck sold well at book launches in Wauchope, Goulburn and at the War Vets. This is a great effort for self-published books. Where do I go from here? Another project may be just around the corner but I'm enjoying a break at the moment. Writing has been my great love and it has filled in the last 12 years admirably. After Garnet died in 2007 I had to keep going and writing helped fill the gap. I would advise anyone to get their story down for the next generation. We all have stories to tell.

I have lived on the Northern Beaches for over 30 years and simply love it. I do lots of walking and my favourite walk is along the beachfront at Narrabeen. Looking out at that wonderful blue ocean fills me with a feeling of peace and happiness. I also love Winnererremy Bay Reserve with its lovely walks, seeing the dogs swimming and exercising. I enjoy taking my two granddaughters there. The playground is very popular at the Flying Fox cafe and the girls love it.

My philosophy is to make sure my glass is half full and not half empty. I try to make the most of each day and fill it with walking, writing, Probus meetings and outings, babysitting and going out with friends. I have been President of the Society of Women Writers in recent years and am still on the committee and I am Vice President of my Probus Club, having had a turn as President. I play tennis every Friday with ladies I have known since my early 20s where many of us played at Manly Lawn Tennis Club. One of our group is still playing well into her eighties. May we all be able to do that.