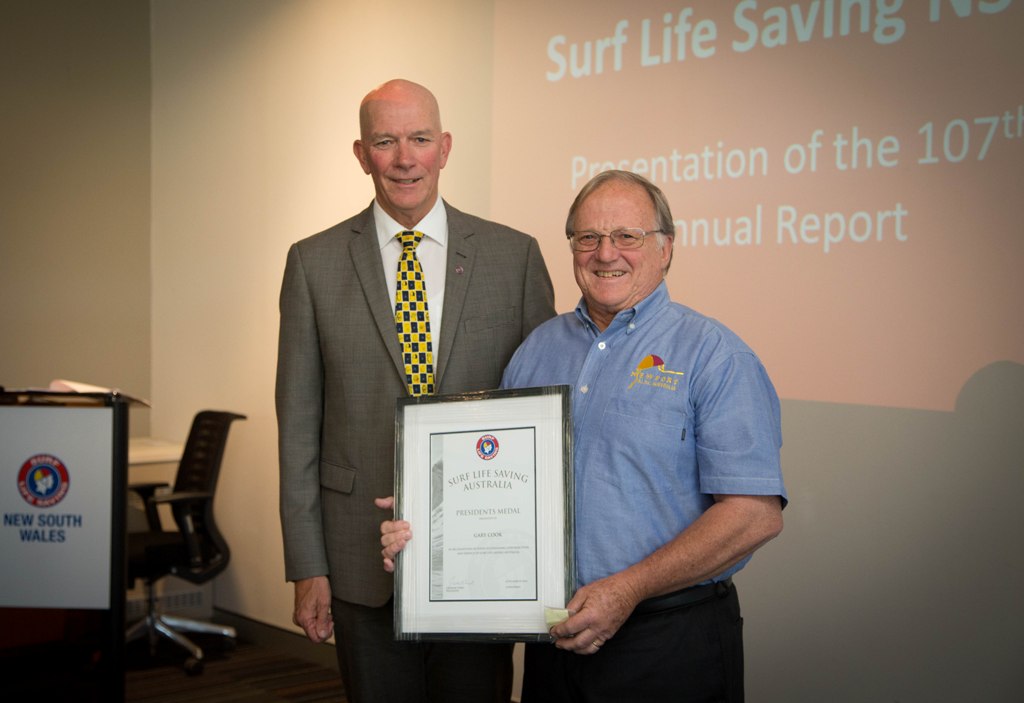 So it is a very great Honour to receive one of these Awards.

In 2014 there were only two SLSA Life Memberships awarded and three President's Medals including Gary's award.

This is the first President's Medal to be awarded to a Newport SLSC member in its 105 year history. The late Bert King OAM is the only member of that Club who has been awarded SLSA Life Membership.

This award is not based on years of service although it is part of the criteria (Gary is currently in his 53rd year of continuous membership with Newport SLSC). There are  SLSA Service Awards for 25, 30, 40, 50, 60 & 70 years Membership.

Gary is very happy with the Award and has no plans for retirement from the movement in the near future.

“ Maybe a bit of scaling back but whilst my health remains good I will continue as I enjoy it so much, particularly the camaraderie side of things with fellow Club members and other SLSA members Australian wide.” Gary told us this week.

Mr. Cook is currently giving Coaching assistance to Warriewood Ladies and Queenscliff Men’s March Past teams, and also assisted with the Mona Vale Nippers March Past team last season where his eldest daughter Amanda Berrell was the Head Coach.

This is on top of his usual Carnival Official duties right up to the Australian Championships, Gear Scrutineering and assistance with Beach Gear maintenance.

Gary is also still working part time as a self employed contractor.

CONGRATULATIONS…..Gary Cook, one of the two coaches of the Queenscliff Surf Life Saving Club March Past Team has been awarded the prestigious SLSA Presidents Medal for service to Surf Life Saving at club, state and national levels. Whilst Gary's first loyalty is to his home club, Newport, he and Ray Isaacs have spent the past five years as coaches of Queenscliff’s march past team and have become very much honorary members of our club. All members will join with the march past in congratulating Gary on the well deserved honour. Well done Gary. - Queenscliff SLSC 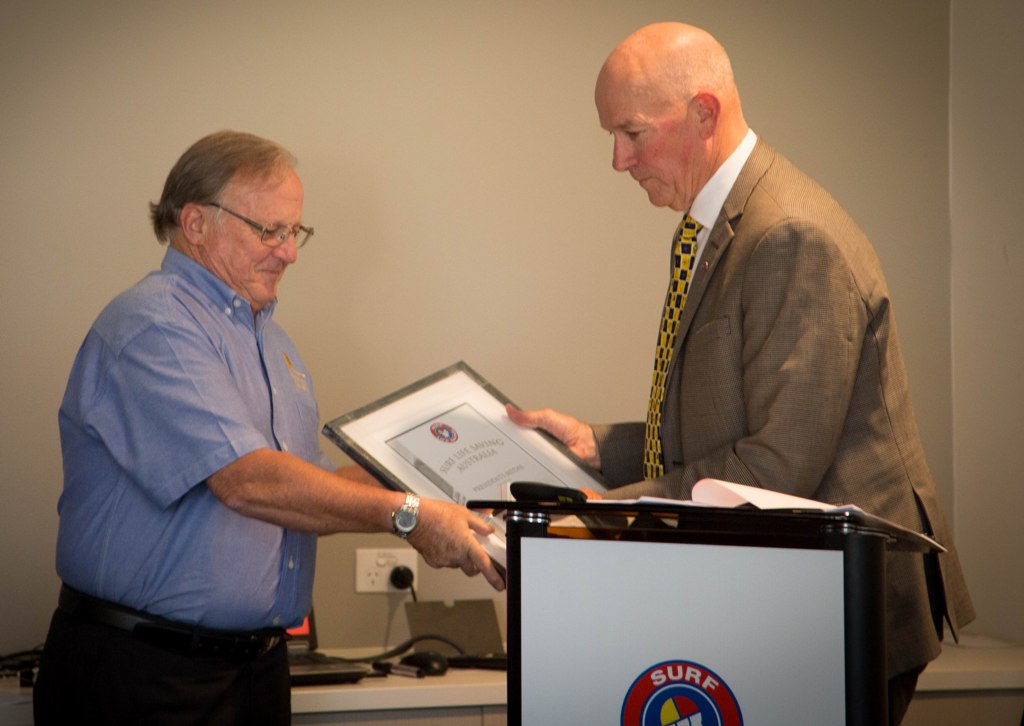 Other Community Activities
Justice of the Peace for own Employers, the local Terrey Hills Community, Newport Surf Life Saving  Club and other SLSA members since 1972 to present
Supplier of large amounts of Rosemary for lapel sprigs to Pittwater RSL Club members from own  garden for their local Anzac Day ceremony and then the Sydney City march a week later for past 12 + years
Transport of Donated items for Newport Red Cross from donors for past 10 + years. Mother, Thelma Cook, a DVA Pensioner has been a shop volunteer there for past 15+ years.
Red Cross Blood Donor over many years nearly 60 donations
Honorary Auditor for a Men’s luncheon group “The Wednesday Club” as part of the Royal Motor Yacht club at Newport for the past 15 years
Distributor of cartons of donated used Tennis Balls from a Tennis Centre at Collaroy over a number of years to local Primary Schools, Kindergartens, SLS Sydney Northern Beaches Branch Surf School,  Surf Club Nipper Groups including Special Needs Groups, The Wheel Chair Athletes Assn. of NSW  for their younger age disabled Tennis players and the Red Cross shop at Newport