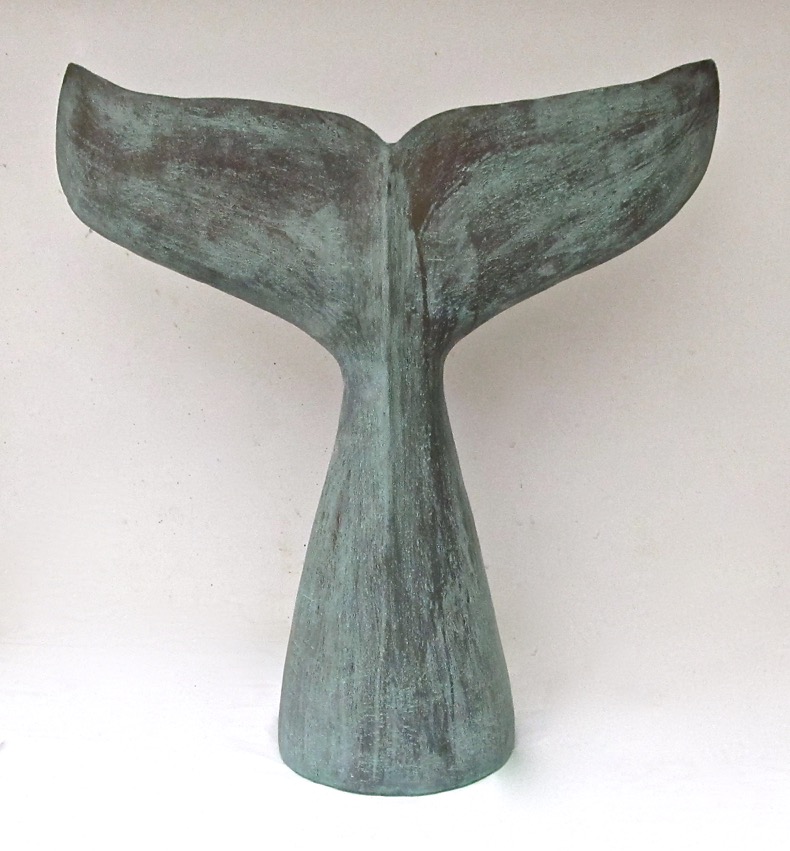 'Out Of The Deep Blue'

Glazes, colours – how do you choose those?
I’m not using many glazes at present. I love using metal paints, like rust and copper or bronze with patinas. I think those colours work really well in the garden, especially in our coastal environment. I also love using Terra sigillata as a surface treatment. To make terra sigillata you soak clay in water and syphon off the very fine clay particles that rise to the top and you end up with something that is nearly like a glaze. It’s not completely waterproof but it’s very tactile and subtle.
Is working with clay therapeutic for you as well?
Absolutely, but I think anyone who does any form of artistic work whether it’s music, ceramics, painting, whichever it may be, there is that being in the moment aspect of this which is like a meditation. There is also that being on fire element as well of course, which can be exhausting. An example of that would be after the recent Pittwater Artists Trail Winter Exhibition where I was lucky to land a commission. I would work 6 to 8 hours nonstop without even eating.
How do you balance this work with being a mum and running a home?
My girls are older now and of course, when you’re working from home you can do it at a time that suits you and fit it around anything else that needs to be done.There is that autonomy that is one of the great advantages of doing such work. You do need a little bit of what I would define as headspace to be able to focus undisturbed on doing the work.
It was harder when my girls were younger, when I first began. I really wanted to get into it but just didn’t have the time, small children demand a lot of attention.
What are your favourite places in Pittwater and why?
My all time favourite would have to be Clareville Beach. When my kids were small there wouldn’t have been a single day when I wasn’t down there with them. Even now my favourite place is the very south end under the paperbark trees, hiding away, having family picnics, swimming.  My other favourite place would be Palm Beach. I love going for a run, especially in Winter, early in the morning.
You run the whole beach?
Oh yes, you have to be fit to be able to do this work, there is a real physical aspect to it. In Summer I swim. It can be a bit of a mess in Summer when the masses descend and suddenly the beach is crowded but then you just go first thing in the morning and last thing at dusk.
What is your ‘motto for life’ or a favourite phrase you try to live by?
It would be a mix of Carpe Diem and just really be in the moment, be present. I think as an artist you are really lucky in that you do spend a lot of time being in the moment, being present, so if you can apply that to other parts of your life too then you are blessed. 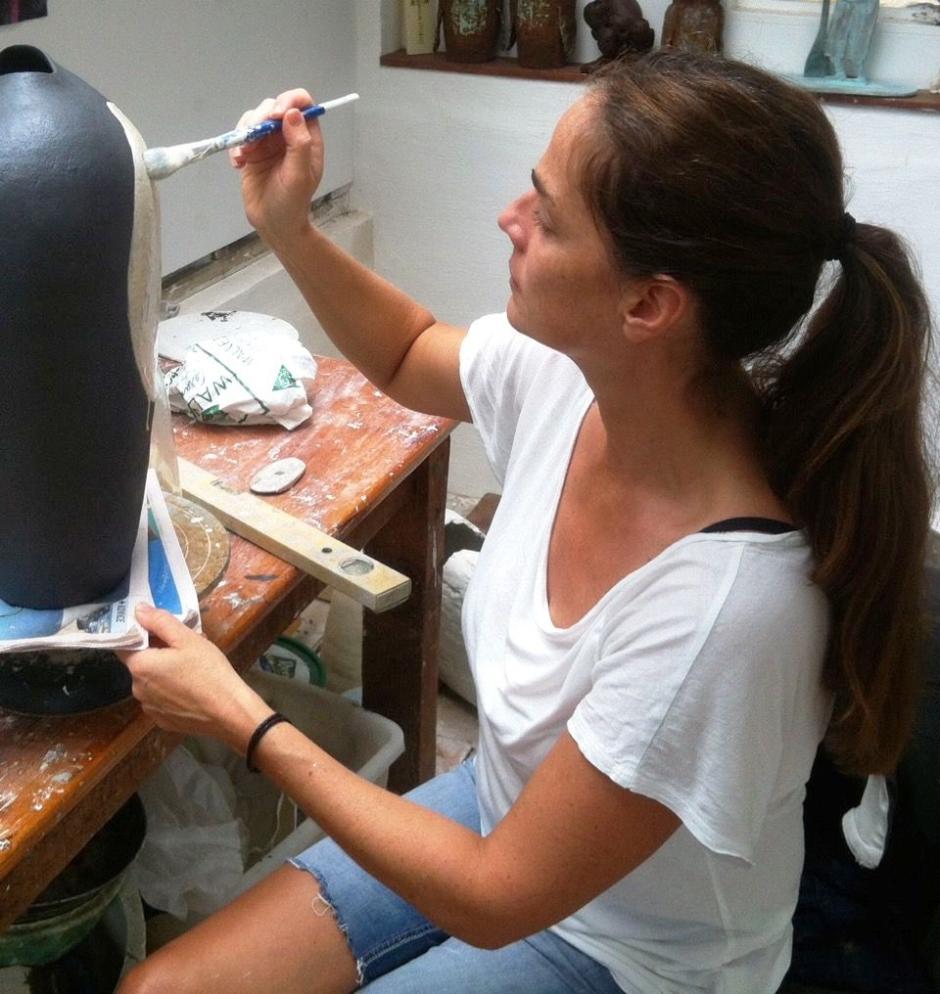 My aim is to express a sense of balance and harmony through my work. I hand build my pieces over a period of a few days, to allow the clay to stiffen sufficiently, before adding more coils. This slow process fosters an organic growth, allows for time to step back and observe where a piece intends to go.

Terra Sigillata, a natural finish containing very fine clay particles, provides a sensual, tactile surface for much of my work For many of my outdoor sculptures I use iron and copper finishes, relishing the rich patinas that develop when exposed to the elements.

Inspiration is found in the natural world - the colours and textures of rocks, seedpods, wasp's nests or shark eggs found on the beach.

I grew up in Austria and moved to Australia in my early twenties. In 2000 I completed a studio ceramics course at Brookvale TAFE. I have been exhibiting my work since 2007.

I live and work at Clareville on the Northern Beaches of Sydney. My studio is open to the public three times a year as part of Pittwater Artists Trail or by appointment.
Commissions welcome.

Elfriede Bartnitzky, who is also on the Pittwater Artists Trail, joins Katrina at her house for the open studio weekends. Elfriede is a contemporary painter, using acrylic and mixed media who loves to explore using colour and texture.