In December 2012 a group of Pittwater artists organised and ran ArtSpot, a Summer 2012/13 Exhibition that brought together a wealth of talent. Although this was not our first encounter with the works of Jackson Davies it was the first time we met this dynamic emerging artist. Jackson has kindly consented to being our August 2013 Artist of the Month. To prelude seeing some of his current works in next week's Issue we recently spoke with him to get an insight on his self and his art.

Jackson Davies is an emerging artist based in Sydney who is currently completing his final year of the bachelor of fine arts degree at COFA. From an early age Jackson has always found enjoyment and purpose in painting, it is the instinctive process of creativity which informs his art making practice.

Jackson's heritage stems from a long line of British portrait artists, ultimately like his ancestors, Jackson is particularly inspired by the face and the figure. He seeks to portray his characters as contemplative and emotive, in an attempt to capture the inner characteristics of the individual. Whilst working representationally, Jackson also enjoys painting in abstraction to travel further inward to the human psyche. Not adhering to one style, Jackson prefers to open a dialogue between abstraction and representation in order to complement portraiture with the sublime and spontaneous, untamed emotions.

Working predominately in oils, Jackson enjoys painting directly on the canvas without preparatory sketching, allowing room for Instinct and randomness to occur. From an aesthetic point of view the works of Caravaggio and Rubens whose figures spiral and twist in dramatic poses influence Jackson's painting technique. Furthermore the working process of the abstract expressionists, notably, their intuitive and emotive relationship with the act of painting transformed art into a deep and passionate experience- elements which have greatly influenced Jackson.

Jackson has exhibited at numerous art exhibitions in Sydney, including being a finalist for the 2012 Clifton's art prize. Enjoying commercial success from his work and taking portrait commissions, Jackson wishes to continue creating art, hopefully to become a full time artist in the near future. After his studies this year, Jackson plans to travel around Europe to see artistic masterpieces in the flesh before undertaking study in the Netherlands.

I grew up in Epping.  We lived in Ryde for about two years and then moved to Epping.  I spent most of my childhood there. When I was near High School age we moved to Mona Vale. In Epping I went to Our Lady Health of Christians and in Mona Vale I went to the Mater Maria College at Warriewood. I was pretty keen to get out of High School towards the end of my years and do art.

Can you remember what your first painting or drawing was?

I’m not too sure; I remember going to my first Art Class when I was in year 3. I always liked painting and drawing and also making things as well. My dad’s quite creative too, and I have other family members who are creative, my uncle being a piano player. Dad is a Landscape Designer and he likes to draw, he always drew when he was young as well so he encouraged me to keep going.

I remember some things form early on; I recall painting a vase of flowers. I think the reason I remember this one is that my dad got it framed. He liked it and that has always been around; it was a still life. I have such a clear memory of sitting down and actually painting it.

Do you find that you go into a certain energy or ‘space’ when you’re creating?

Yes. Definitely. I think I’m more conscious of that now. When I was younger it was more of a hobby I guess.

What did you do when you left High School?

I went to Europe. My family and I were going to England because my mum is English, from Bedfordshire, and we were going to see the family there. Because it was the end of High School I wanted to go and travel around a bit and asked two of friends from primary school to come along with me. We went around Europe to see all the art and architecture. We spent a lot of time in England, the Netherlands, France and Italy.

Please share three paintings or architectural works that stand out most for you from that trip.

One painting I really like was at the Louvre. It’s called ‘Liberty Leading the People’ by Eugène Delacroix . It’s this massive big painting from the 19th century about the French Revolution. It’s just so big, so impressive. I spent about half an hour trying to find it in the Louvre, which is so big itself and finally found it.

Does that correspond with your own spirit?

I think so. I like when art has the power to change things. It’s also the way it’s painted too, the technique.

We went to Rome and there went to the Gallery of Borghese, which is on one of the hills in Rome. There are a lot of Bernini sculptures there. Just seeing them in the flesh was so good, it was brilliant. They are just incredible, it’s amazing how old they are.

And an architectural work?

Probably in Rome again, walking around the ruins; the Forum and the Coliseum, and then seeing all the other styles of architecture in Rome on site and in the distance. I got a sense of how incredibly old it is, you really can feel the history. You can see it too, in the different layers. It was such a beautiful day too; we went in Winter but it was very sunny and very crisp and just beautiful.

You’re planning on going to Europe again. What do you want to do on this trip?

Yes, hopefully, if I get enough money together. I’d like to spend more time there, try and live there for a while. Whenever you go travelling to these places it’s quite rushed and you try and fit in so much in one go. It would be good to just stay in one spot and be able to access all that history slowly.

What did you do on your return to Australia?

I went to COFA to do a Bachelor of Fine Arts. I’ve done three years there. This will be my last semester, if I don’t fail.

Out into the wide wide world?

Yeah. I’ve been putting it off for a while now.

Have you seen yourself develop as a person as well as seeing your art develop while at COFA?

Definitely. I think I have become more confident in general and more confident in my art; I have a better feeling of what I want to do and why I like doing it. Also, with all our history and theory, it’s good to get the depth of where all art comes from.

How would you describe your art now, what genre is it?

I’m not too sure as it always changes so much but currently I’ve been doing a lot of portraits. I like to just jump right into it and I’ve mainly been working from photos because it’s hard to get someone to sit there and stop moving and stay there for a while.

It’s been really good to not do any kind of preparation, no sketches or anything, so you have your source, the face that you want to paint, and just go right into it. I’m not trying to focus too much on getting a likeness; I mean it’s important to I think but I’m more trying to play with the face and make it expressive so it looks like they’re thinking, contemplating.

It sounds like you’re developing what makes your art unique

Yes. I think it’s such a hard thing to express in words what is your own; the more I think about it I find that’s it’s more important to just keep painting and see what happens because …

Who are your favourite artists or influences?

That changes a lot too but at the moment Lucian Freud, Caravaggio. I also really like Kandinsky and Roscoe (Mark Roscoe – English Portrait painter).

What is your favourite current work of yours?

The one I like most because I had the most fun doing it is a like a broken down nude, which I’d been wanting to do for a while because I’m always doing representational things through the portraits. My friend posed for me and was lying on the sofa in a recumbent pose. I’ve done this really long landscape format of her but I’ve tried taking the angles of her body and it was so great not having to get the form absolutely perfect, having to always be really representational.

Some kind of bird…an eagle. I think that would be amazing to be able to fly so high, see so much.

The future; how do you hope to get your art available apart from exhibitions? Is there some other medium you’d like to work in?

At this stage I’d like to get into doing portrait commissions; I’ve only really just started. There are so many opportunities; I’ve thought about how you can transfer paintings onto fabric, lots of people sell their art through that way. There’s illustration as well.

I really like going out on the estuary, out to Lion Island and The Basin. When you’re out on a boat there’s so much space and it’s so stunning. There’s so many little secret pockets around Pittwater in the offshore areas; I love those best.

There’s one that I really don’t live by but which is a really nice thought. It’s by Russo, from one of his works from years ago. He’s talking about the state of humans, the whole work is about why we do things, it’s questioning and one of the questions he asks. It’s a very relaxing epigram, to just be in a pure space and very clear minded:

"If we assume man has been corrupted by an artificial civilization, what is the natural state? The state of nature from which he has been removed? Imagine wandering up and down the forest, without industry, without speech, and without home." -  Jean J. Rousseau

From: A DISCOURSE ON THE ORIGIN AND FOUNDATION OF THE INEQUALITY OF MANKIND 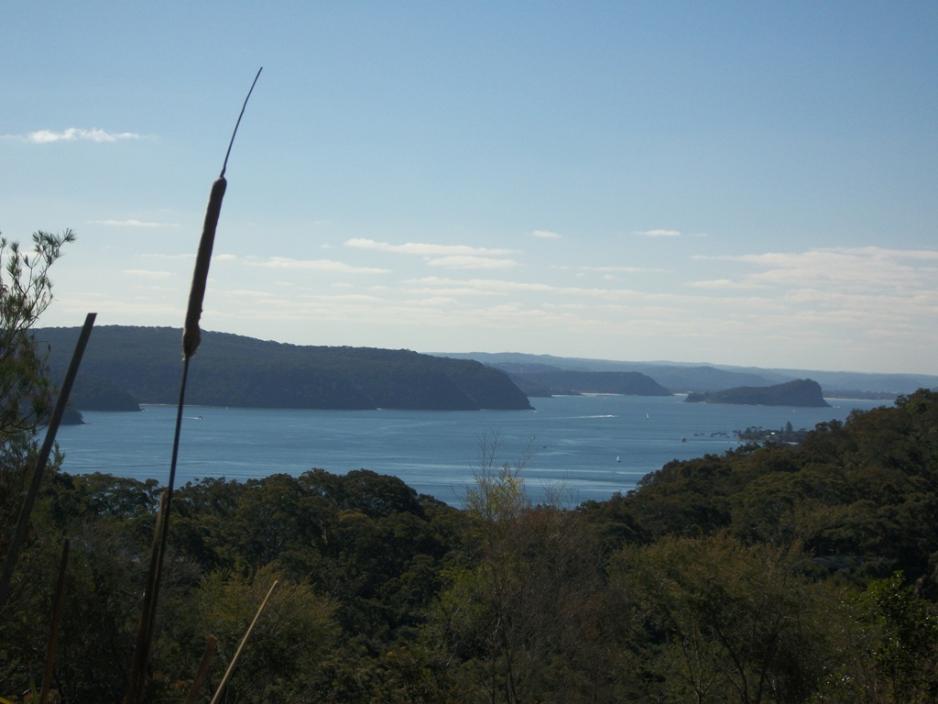 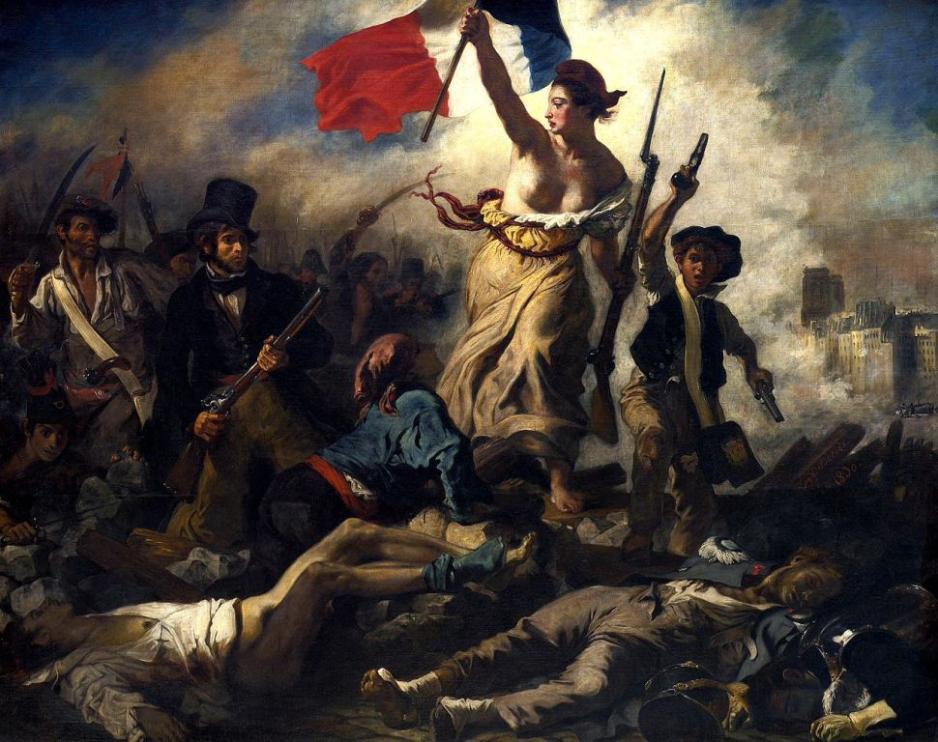 Representational art is: Representational art simply means that we viewers are able to recognize an object (or objects) within the piece of art. Representation is the use of signs that stand in for and take the place of something else. It is through representation that people organize the world and reality through the act of naming its elements. Signs are arranged in order to form semantic constructions and express relations.

By the time Delacroix painted Liberty Leading the People, he was already the acknowledged leader of the Romantic school in French painting. Delacroix, who was born as the Age of Enlightenment was giving way to the ideas and style of romanticism, rejected the emphasis on precise drawing that characterised the academic art of his time, and instead gave a new prominence to freely brushed colour.

Delacroix painted his work in the autumn of 1830. In a letter to his brother dated 21 October, he wrote: "My bad mood is vanishing thanks to hard work. I’ve embarked on a modern subject—a barricade. And if I haven’t fought for my country at least I’ll paint for her." The painting was first exhibited at the official Salon of May 1831.

Liberty Leading the People. (2013, July 13). In Wikipedia, The Free Encyclopedia. Retrieved from http://en.wikipedia.org/w/index.php?title=Liberty_Leading_the_People&oldid=564052272