Above: Geoff and Shan.

Below: As a younger man (left) with UK friends he still converses with via email. 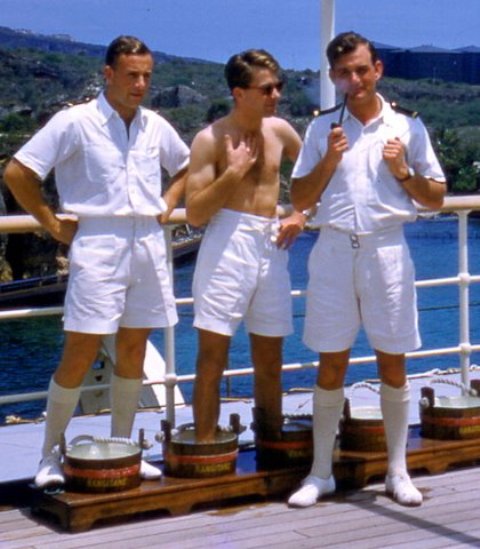 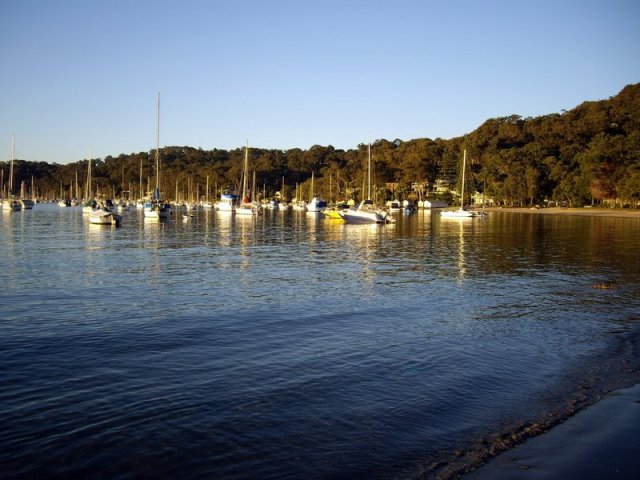 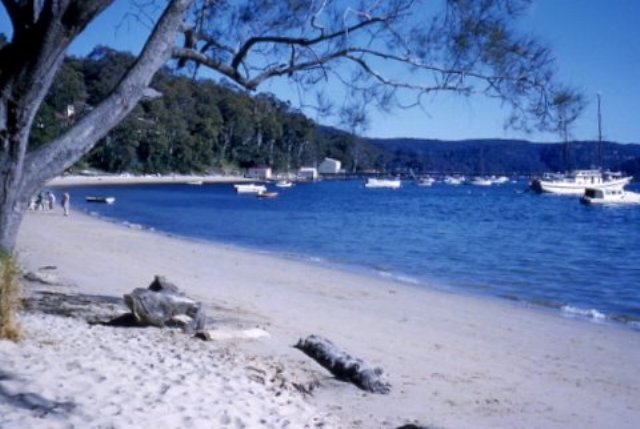 Photography is a keen pursuit of recent retiree and Master Mariner Geoff Clarke. He "likes a tree, birds and clouds" as he's a "Constable man". One of Avalon’s true gentlemen, he shares some of his great images of dawns at Avalon on his Pictures page this week and a few insights on how living his life to the full is keeping him healthy in body, spirit and mind. Geoff is also a great example of how no one is ever too old to learn something new.

What were you doing before you retired?

How old were you when you became qualified ?

In 1958 I was 25.  My father was also a Master Mariner so that’s probably what spurred me on to get my qualifications and go to sea.

Then, on one of my voyages, the voyages were between the UK and New Zealand and Australia and return, I happened to meet the lady I am now married to. So romance was long range at that stage.  I didn’t see her again for nine months. I happened to be visiting Sydney and wrote to her and said I was coming, and we took it from there; we were married. I was born in the UK, so I had to come out here (move to Australia), which was easy for me as I’d been here before. I flew out and we were married in 1958.

So then you were based in Sydney ?

Yes, then we were living in Sydney. We lived with my wife’s parents for a while and I did a short spell on the Australian Coastal Trade and then decided that being at sea, and being married and having a family, really wasn’t a good idea. I came ashore and looked for a job and found a job with a Shipping Agents; the shipping agents job is to look after the interests of the owner. I had quite a long career working as a Shipping executive in two agencies.

Some rather hard times hit the shipping industry in the early 1980’s, with a Global Economic Downturn, and I was made redundant and wondered what I was going to do at the age of about 53.

A friend phoned me and said “How about coming over to Vanuatu and running a business over here?” And I thought “I don’t know about that…” at any rate I did. It was a Stevedoring Agency there employing about 200 local people; so it was quite a challenge and it was not doing too well so we set to and I was quite happy, we were making progress and making some profits.

We had a contract with the Vanuatu Government to do the stevedoring, which is loading and unloading ships, which had to be renewed while I was there; so we put in our Tender, and we had all the machinery and expertise, but the government awarded it to a local company.

So we didn’t get that contract and I came back to Sydney still looking for something to do. Someone phoned me and said they needed an Operations Manager for a Shipping Company. This was a Korean company, starting up a new service here; so we set that up, and it was for four years.

In some of my lunch hours I met people who were running a recycling business and they said ‘why don’t you come and help us? Get us some new clients…’ they were looking for fine paper to recycle.

So I said, alright, I’ll give it a go. So we helped them build their business. Eventually I said to them, look I’m not really making a lot of money out of this, I think I’ll go out on my own. Which I did and I had my eldest son living with us then and he helped me. We had a van and we went round and did a lot of collecting paper from offices for recycling. And I’ve been doing that on and off until about two weeks ago. So I retired about two weeks ago!

My interest in photography really started in earnest when a friend of mine whom I walk with on the beach said to me, ‘Geoff, I’ve got a computer that I don’t need anymore and I want to give it to you.’

I said “Paul, I don’t want a computer, I’ve never had one!”
I’ve never had one, even in business. So about three months later Paul said, come on, I’ll come and set it up for you, so that’s what started it. Then I bought a digital camera and downloaded a marvellous Program and then went for some lessons at the Tramshed (Seniors Computers at Narrabeen) on how to use this Program. And I found it very very satisfying and I’ve published a couple of books of early morning sunrises here and around Australia.

The computer is good because I’ve got friends still in the UK and I converse with those by email; I haven’t got into Skype yet; people keep saying ‘why don’t you get the Skype?

It’s opened up a new aspect of life for me. The Internet is a marvellous tool if used properly and of course without a computer digital photography doesn’t work.

Well, I’ve got four lovely children thirteen grandchildren so we’re blessed in that (ages 5 to 24). And our children are 51 to 40; make me feel old.

Clareville Beach because when the children were very young my in-laws had a weekender at Taylor’s Point and we used to spend each Summer of each year on Clareville Beach, so that place has very lasting memories for me.

This would have been in the sixties; it hasn’t changed, it’s still a beautiful little beach and lovely for kids to play in the sand and swim. That sticks in my mind.

What is your motto for life or a phrase you like to live by ?

Keep active physically; don’t sit around and vegetate. Even just walking, that’s what I do, walk every day, along the beach, and of course you meet people doing that.

But I think ‘keep active’; we have a big garden, and we’ve been here 20 years now; we moved from Mosman because it’s was getting too much, and here was peaceful, we like the peace; although now it’s getting the way Mosman was.

Afternoons At Clareville, all by Geoff Clarke 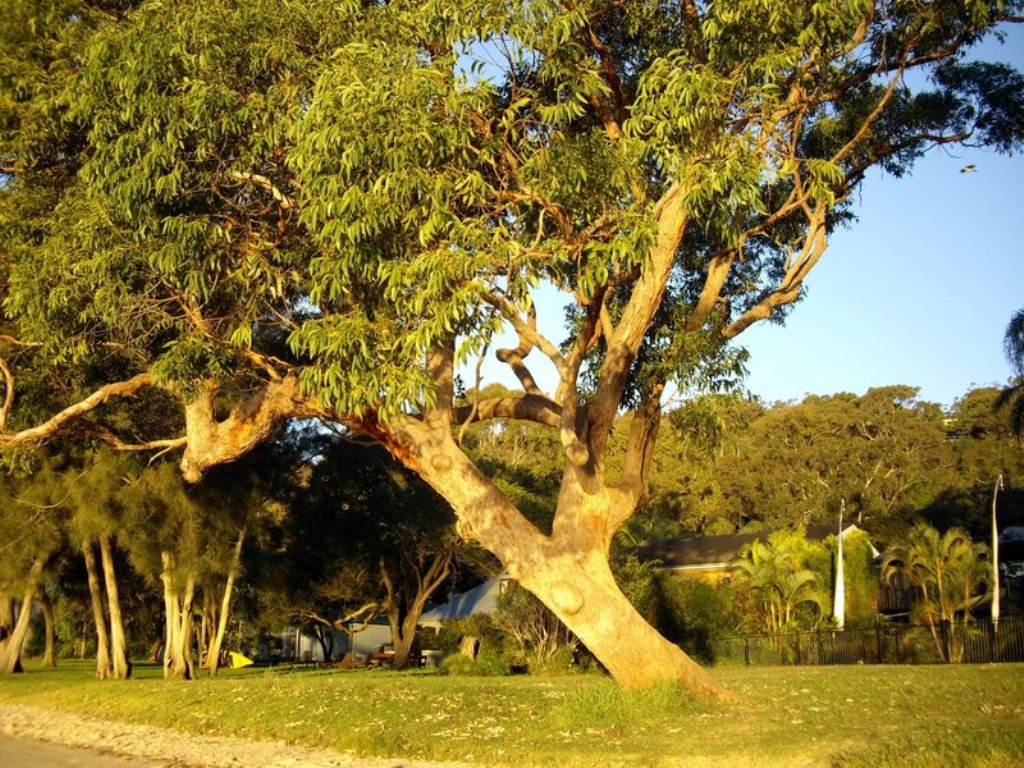 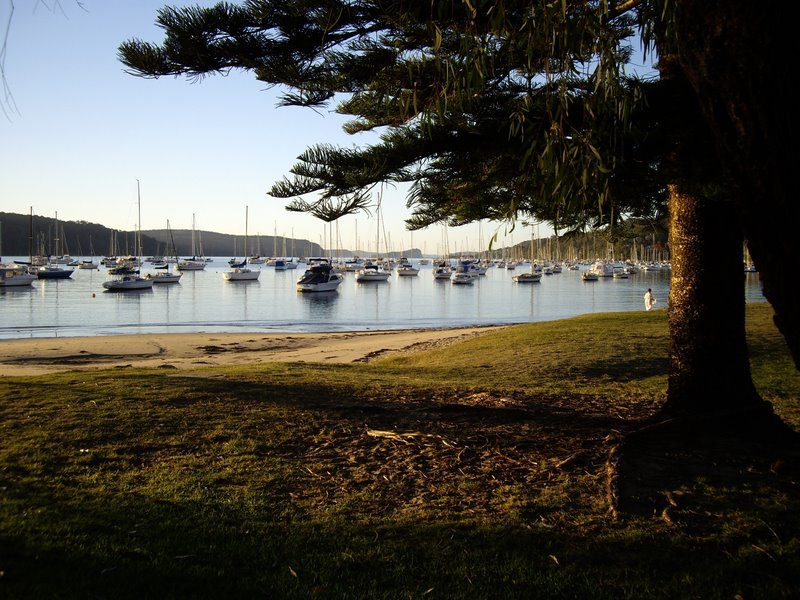 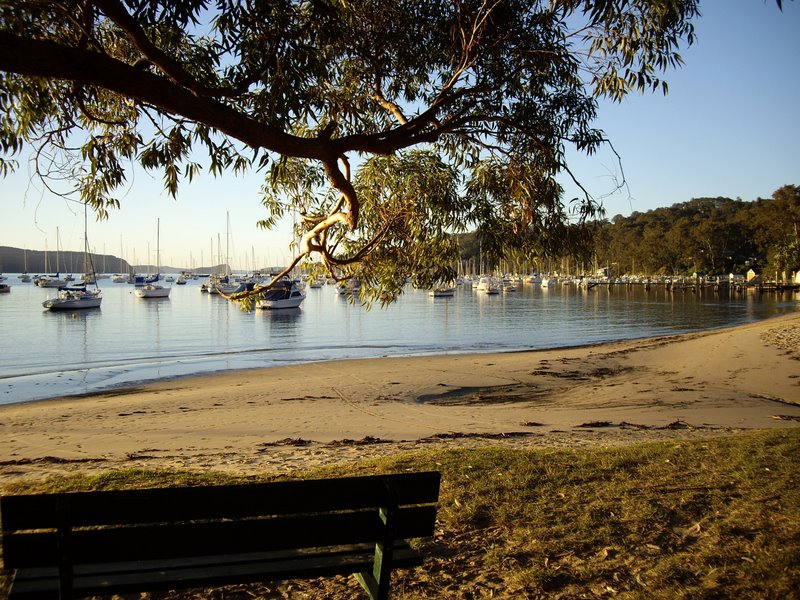 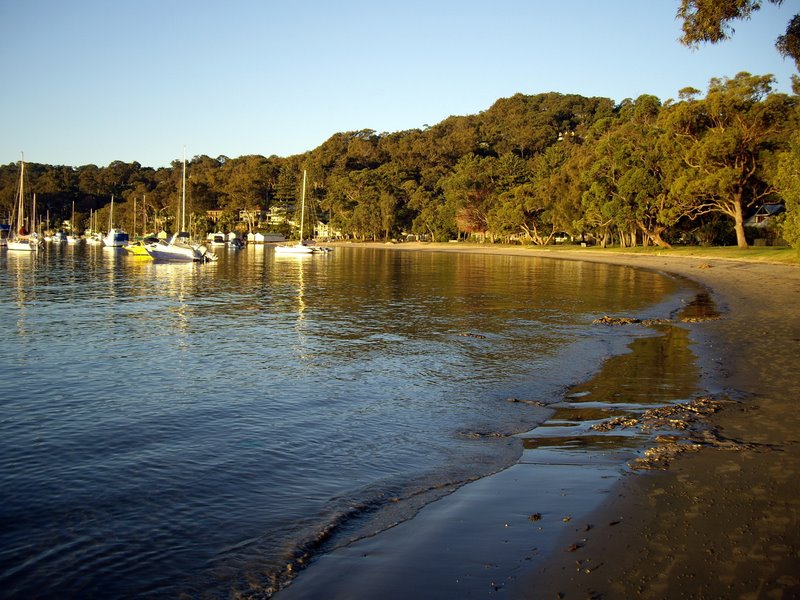 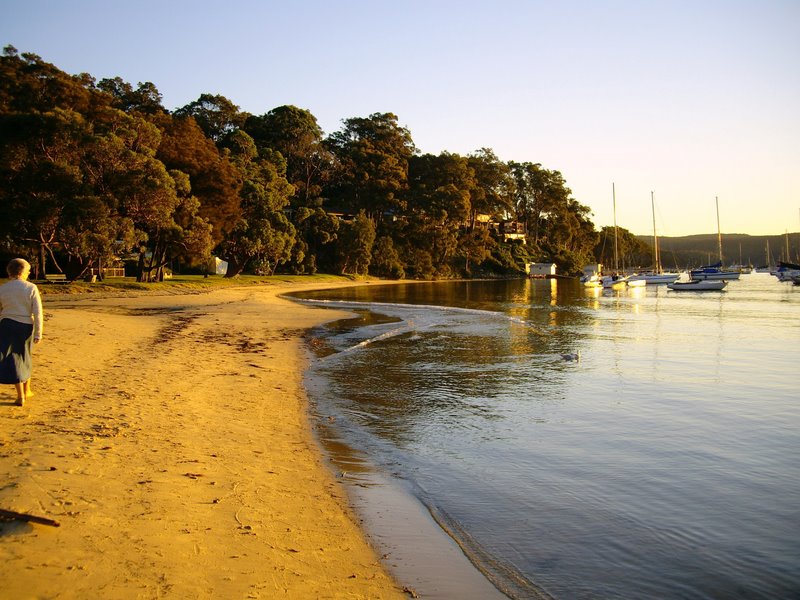