History: Somewhere in the mists of time, in 2004, the sub branch of Avalon RSL decided at a meeting that it would be very helpful if a group of people took the lead and sang at the services that the branch organise each year e.g. Anzac Day, V.P. day, Remembrance day.

Brian and Josie Levings, long time members, organised a meeting and before you could shake a stick, a group of us were meeting at the RSL singing the anthems and hymns required.

Self funded, self important and self motivated the motley crew rehearsed in the Sportsmen’s bar until the ciggie smoke got to us. By then we were a group of 20+. We sang in the lounge of our home until we ran out of seats, when we descended to the garage room where we had the luxury of a small kitchen and facilities and there we are to date. (Monday evening 6-30pm ‘til whenever but definitely after a bit of supper and a drink to oil the tubes!).

Our remit was and is, to lead the public and encourage them to sing. That does not, I repeat not mean that we are a choir. After all if we encourage the majority of the public to sing loud and clear then they don’t hear us!

The Legacy Ladies group heard that we were sometimes available and daft enough to offer our services to entertain. So that, we do, twice a year. The RSL hold a family carol and Father Christmas event each December and we perform and help keep the kids out of mischief with games and activities.

Several of our gang have left us to join proper choirs; some have gone on to other commitments, some have become part time members who turn up at the services and lend their voices to the group. The Levings retired to the Central Coast. The rest of us battle on regardless! The youthful and tuneful, the slightly out of tune, the reluctant (but I don’t cook on Mondays) and even the bolshie (yes Brian you know who I mean) arrive every Monday to sip, sing, sup and socialise and discuss the world and its problems, sports computers, grandchildren, holidays and sometimes even music! On lovely weather nights we are a group of 14\15, on wet cold nights or footie on the tele we bottom out at 8 or 10 and at services performances we are a vociferous gang of 12ish.

We are a plethora of Poms, a handful of convict stock, a few descendants of first fleeters, a South Vietnamese violinist, one of the few that can read music, a Chinese lady, two Welsh Boyos, one of each sort and an Australian or two. One of this group is a celebrant and JP, a couple are Nashos, a few are ex Servicemen, one an ex farmer, an ex bus driver, an ex computer maker, two who can’t reveal their jobs or they’d have to kill us, women who worked, women who cook, women who don’t, women who can’t or won’t and an ex teacher.

Never a cross word or disagreement sours the atmosphere and never discord or disharmony! And if you believe that you deserve to join the Avalon Voices, the main course of my greying hair and dyspepsia.

What is the average age of members?

Name three songs from your repertoire:

I Got Rhythm, Where is Love, Abide with me

How does one join this great group?

If the Avalon Voices were a flock of birds singing instead, what kind of birds would they be?

Canaries, ‘cos you can train them to a certain extent, they are colourful and most of them should be in a cage! or perhaps Geese ‘cos they are a gaggle and they make a fair amount of noise.

What is the Avalon Voices favourite place in Pittwater and why?

What is the Avalon Voices 'motto for life' or a favourite phrase they try to live by ?

Carry on, carrying on regardless! 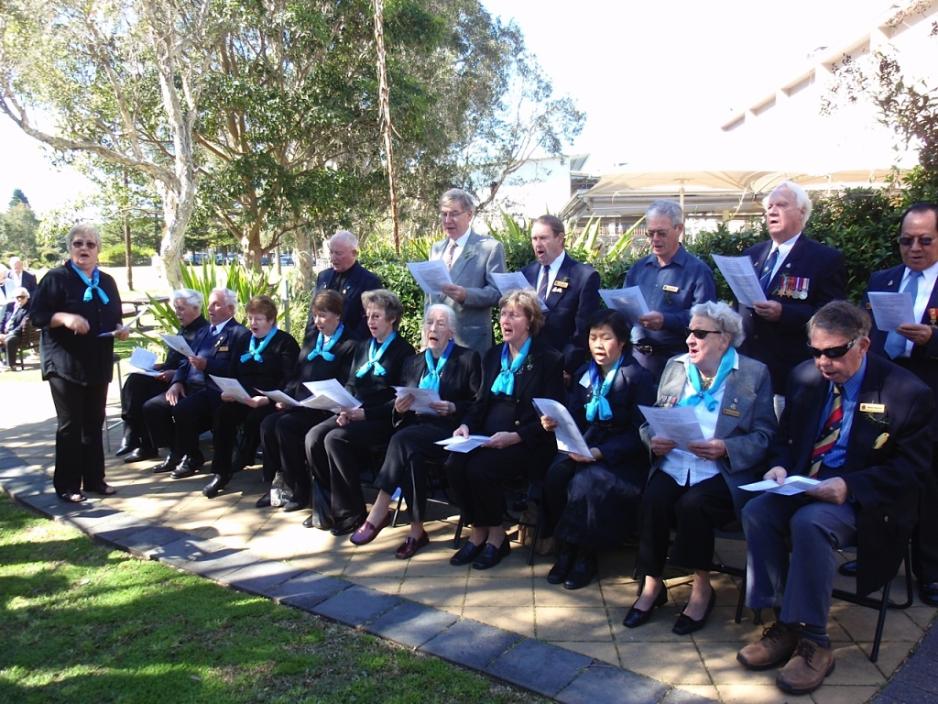