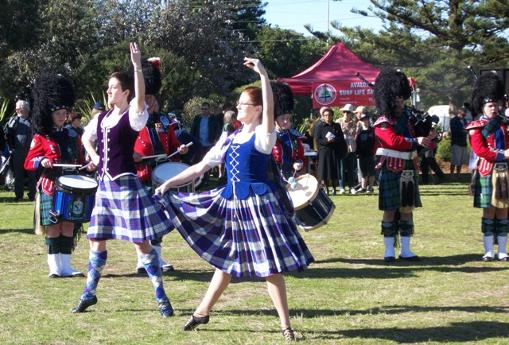 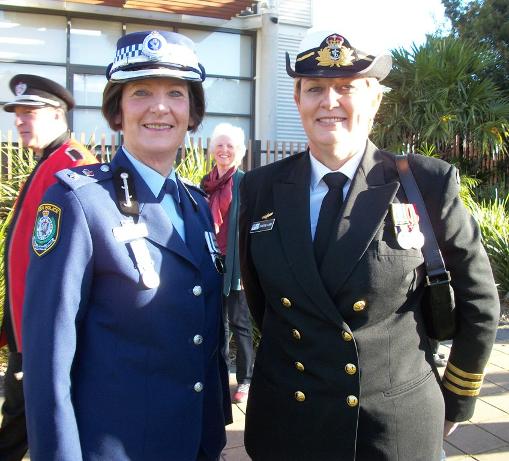 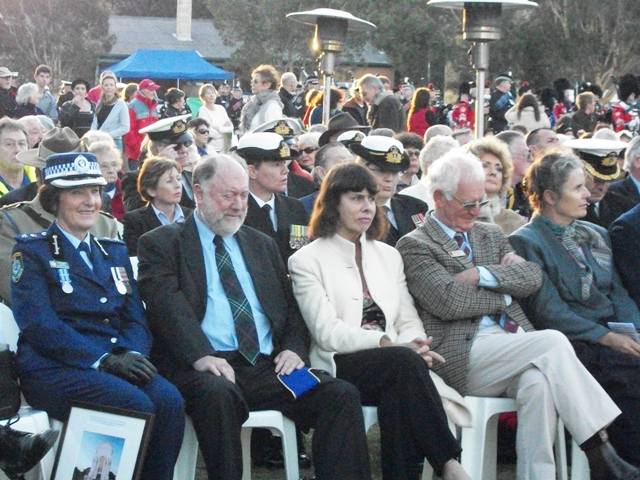 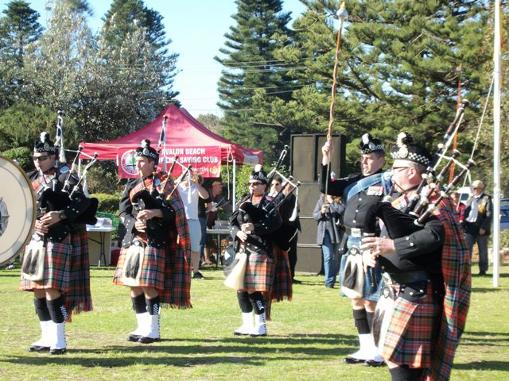 Above: The Australian Federal Police Pipe Band, who performed at the Edinburgh Tattoo in 2010 and will do so again in 2012.

On Saturday 18th of June, 2011 the Avalon Tattoo was held at Dunbar Park. Governor of NSW, Professor Marie Bashir AC, CVO, made an honourary Commodore for this Event, described Pittwater as 'one of the most beautiful areas on our continent' before praising those who organised and particpated in the day.

"The Tattoo brings the Community together. It reminds us of the traditions of comradeship, discipline and working together."

No one in our Services receives multi-million dollar bonuses at Christmas. Many spend a greater part of each year away from home and family in very dangerous situations, witnessing scenes they will never forget. Their aim, as reiterated by Major-General P Brereton, is to promote 'Stability, Security and Safety'. He also spoke of how the Cadets and Reservists showcased to the community at the Avalon Tattoo are a fine example of these organisations being the premier National Youth Development organisations.

Some consider our Navy, Army and Air Force in terms of 'Defence' forces. Those who are part of these organisations consider themselves to be 'in the Services'. What was apparent on Saturday is that not only are many of these Service-people physical giants, they are also, even when dimunitive, giants in moral stature, in perseverence and deeds. The uprightness witnessed in those marching clearly, on a one by one individual basis, also resides bone deep.

They, with thanks for a day that brought joy to our Community, are our Feature this week. You didn't have to be Scottish to appreciate the music and marching, there was something for young and old. It is great to see so many of the upcoming generation making an effort to better themselves and be the best they can be.

After a fantastic day at Dunbar Park, Avalon, locals are calling the Avalon Tattoo 'the little Edinburgh of Australia'. Everyone attending, from those barely a year old to our seniors, found the music, sunshine, displays of marching and vintage cars a delight. A wide range of Services people and organisations were on hand to educate visitors in what each specialised in from First Aid to Navy to Veteran's Affairs.HMAS Waterhen personnel gave away a cardboard model ship for the children to build at home. Across from their tentThe Vietnam Bus, a mobile museum of artifacts from Australian troops, helped us realise 500 Australians lost their lives in that conflict. An Iroquois Huey UH1H Helicopter proved a huge success with children who were allowed to sit in its seats and cockpit. One accidently pushed the Emergency Beacon on board and the organisors had Canberra calling them quite quickly, wondering what was going on.

The “Freedom of Entry” ceremony was exercised this year by the 201 Army Cadet Unit, who are based at Dee Why. This centuries old tradition gives “the right of entry on Ceremonial Occasions in full panoply with swords drawn, bayonets fixed, drums beating, bands playing and Colours flying. The Challenge was made by Superintendent Doreen Cruickshank, Commander of the NSW Police Northern Beaches Local Area Command, in company with the Mayor of Pittwater, Harvey Rose. The 201 Army Cadet Unit have participated in all the previous Tattoos.

It was a long day for all those representing each branch of the Services but all were open, hospitable, friendly and just downright good folk from set-up to after sundown. There were a few father and son visitors from the Services represented. Martin and Lyn Cotterell from the Sydney Chapter of the Vietnam Veterans Motorcyle Club, with 82 members, said the Club's motto is 'Together Forever' and this could apply to all those representing each Service today.

The brilliant blue day closed with the traditional Massed Pipes and Drums Finale and Lone Piper of the Sunset Ceremony just as the cold fresh winds of winter quickly moved the sun's warmth from the green. As Robert Stokes MP remarked in his quick thanks to all involved, "Not only did it sound like Scotland, it felt like Scotland."