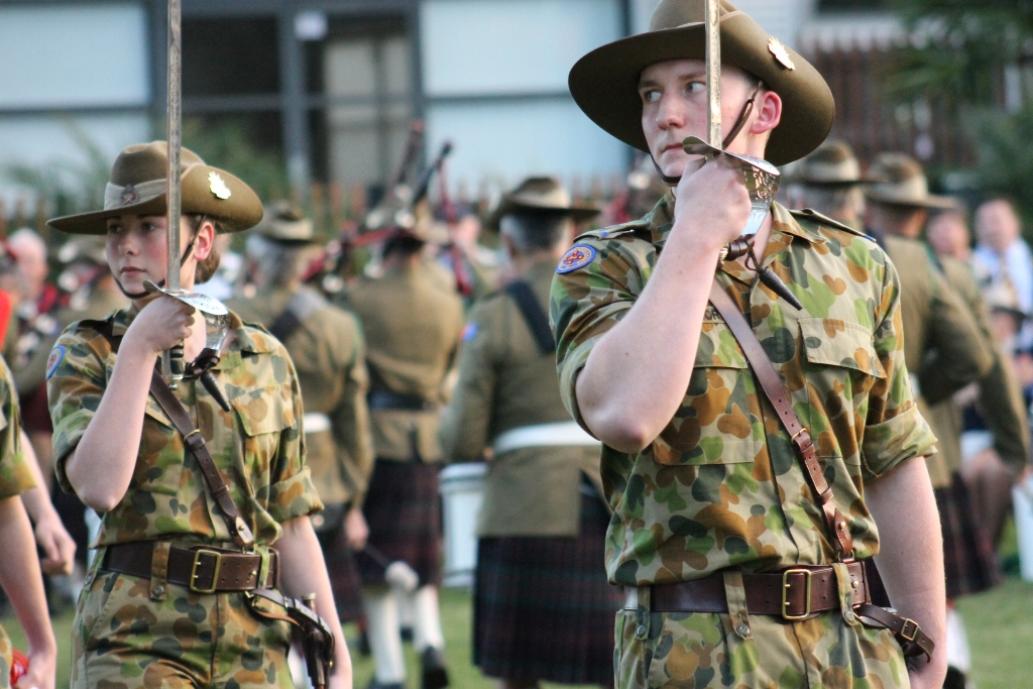 'Eyes Right!' for Saulte during March Past - picture by A J Guesdon.

From early in the morning, with the arrival of  a Bell 429 Navy helicopter and Patrick Soars Huey helicopter through to the spectacular fireworks display that began at six o'clock and gave bright sparks of colour over Avalon for half an hour, this year's Avalon Tattoo was a whole day filled with information, fun and education for children, inspirational showcasing of our youth in the cadet corps as well as great younger local musicians. The pipe and drum bands played flawlessly together and showed finesse when offering up great standards and displays of precision while parading.

Although the day began with a little rain, this seemed a Nature inspired musical precursor as the skies cleared and human music of coversation and appreciation for contemporary and original music before the great old standards fileld the air over Dunbar Park.

Each year one of the services is selected as the focus for that year and is granted the ancient 'Right of Entry'. In 2014 it was the turn of our Army Cadets and the  201 ACU of Dee Why conducted an entry ceremony to Pittwater, being met by the Mayor and the Commander NSW Police Northern Beaches Local Area Command.

The Ceremonial Sunset and VIP Official Reception  guards were combined 201 ACU and 305 SQN while the French Commemoration guard this year came from the 305 SQN.
This was the last year the Pittwater Community will have the pleasure of Her Excellency Professor The Honourable Dame Marie Bashir AD CVO, Governor of NSW taking the salute in the March Past. After serving for 13 years this much esteemed lady will retire on October 1st, 2014.
President of Avalon Beach Sub-Branch, Graham Sloper, who was warmly praised by Hon. Bronwyn Bishop for his tireless efforts to ensure each year's Avalon Tattoo is such a success, kindly allows us to share his address from this year:

The Avalon Beach RSL sub-Branch includes in its objectives promoting the ADF and the RSL in the community and engaging with the community, particularly with cadets, schools and youth. In additional to the ADF and cadet commitment, we welcome the participation and support in the Tattoo of Pittwater Council and all the Community and Emergency Services along with the Celtic representations and the pipe and drum and concert bands.

When Her Excellency awarded the Certificates of Appreciation to the Tattoo Team and Pittwater Council, two words in them are most significant — Team and Community.

I have already mentioned the sub-Branch commitment to the community so Your Excellency, on behalf of the Tattoo team and I am sure Pittwater Council, thank you very much for the recognition of the Tattoo's support and contribution to the youth and community.
Just to mention another Pittwater community involvement and to recognise the presence of both the Ambassador and Consul General for Timor Leste is the outstanding success of Pittwater Friends of Soibada. What started as a sharing program between two relatively small schools has expanded beyond all belief to an MOU with Pittwater Council and Soibada, United Nations, Rotary and other organisations with projects including schools, amenities buildings, women's shelters, a guest house, agricultural, building, music, farming and cottage industries. Medical and educational teams provide support as well.

Many years ago I had the honour to command HMAS SUCCESS in the first Gulf War. As the senior Commanding Officer at sea I had the dubious privilege of resolving the future of a large number of badly performing members of the RAN. Consequently, as I light heartedly said, we had a ship of criminals, reprobates and misfits. Despite that, in true Aussie fashion, they performed so well that SUCCESS was awarded the Duke of Gloucester Cup as the most efficient ship in the Navy. In the time old saying, it was a champion team not a team of champions and that is what we have in the Avalon Tattoo team.

It is virtually impossible to acknowledge all those who continue to make this event such a success but it could not take place without the dedication and commitment of a very small number of volunteers and this year, for the first time significant sponsorship. Australian Defence Credit Union — ADCU — As the volunteers from sub-Branch have aged over the 9 years of the Tattoo, physical work has become more demanding so ADCU has generously sponsored the costs of backpackers and also the tent for Information HQ Support Equipment. Hardware and General have donated the ropes, paint, tapes, electrical leads and other supporting equipment for the Tattoo
Fireworks. The fireworks display after the finale by All Occasions Pyrotechnics has been made possible through the generous sponsorship of: Forestville, Seaforth/Clontarf/Balgowlah and Palm Beach RSL sub-Branches and Johnson Brothers Mitre 10 Hardware.

The Mackellar and Warringah federal electorates will hold a march from Boondah Park Warriewood to Pittwater Rugby Park and service on Sunday 19th April, the Sunday before ANZAC Day. This covers from Mosman through Manly and Forestville to Palm Beach. Every school, sporting group, community and emergency service organisation have been invited and we now have over 5,000 in the march and 20,000 at the Service

It is very appropriate that it coincides with the 70th anniversary of  the D day landings at Normandy and, in recognition of that, we have seated with us a Sub-Branch member, Harry Bragg, who, as a driver in the 5th  Royal Tank Regiment, part of the 7th  Armoured Division - the Desert Rats – embarked from Felixstowe on 4th  June 1944 in an Landing Craft Tank and drove his waterproofed tank ashore near Arromanche on 7th June.

Within the French Contingent , present today, we are privileged to have Mr George BROUET, ex Free French Navy Sailor who joined General De Gaulle forces in UK at the eve of the famous appeal, we are celebrating today. George will read the text which was broadcast by the BBC in the original French and Mr Theo Arfaras, the President of the French War Veterans and a former Avalon sub-Branch member, who will formally welcome our VIPs and act as MC for this Commemoration, will read an earlier appeal in English.

“But has the last word been said? Must hope disappear? Is defeat final? No!

France has lost a battle!

But France has not lost the war!

A makeshift Government may have capitulated, giving way to panic, forgetting honour, delivering their country into slavery. Yet nothing is lost!

Nothing is lost, because this war is a world war. In the free universe immense forces have not yet been brought into play. Some day these forces will crush the enemy. On that day France must be present at the Victory. She will then regain her liberty and her greatness.

This is my goal, my only goal!

That is why I ask all Frenchmen, wherever they may be, to unite with me in action, in sacrifice and in hope.

Our Country is in danger of death. Let us fight to save it.

Lyn Murphy was coordinator for the French Commemoration Ceremony. The National Servicemen’s Pipes and Drums again performed the French National Anthem, with many in attendance joining in.

The  Avalon Tattoo is the only New South Wales annual celebration of a whole day gala for youth and community. This year our Federal Representative for Mackellar, the Hon. Bronwyn Bishop, read with great pleasure a message from Hon. Tony Abbott.

MESSAGE FROM THE PRIME MINISTER
AVALON TATTOO 2014
I am pleased to send this message to everyone attending this year's Avalon Tattoo.
The Avalon Tattoo honours Australian Defence force personnel for their service to our country.
For those of us who've never worn our nation's uniform, the courage and the selflessness of all those who have is both a challenge and a wonder.
The Avalon Tattoo is also an opportunity to celebrate the significant contributions made by emergency and community service organisations on the Northern Beaches.
This year Australia begins commemorating the Anzac Centenary, it is a time when we remember the tide of events that shaped our nation and that still cast a shadow over the wider world.
The Anzac Centenary does not glorify war, but it should commemorate what's best in our human character and acknowledge that the worst of times can bring out the best in us.
I congratulate the Avalon Beach RSL Sub-Branch for its work in making this event possible, and I send my best wishes to everyone who is participating today. 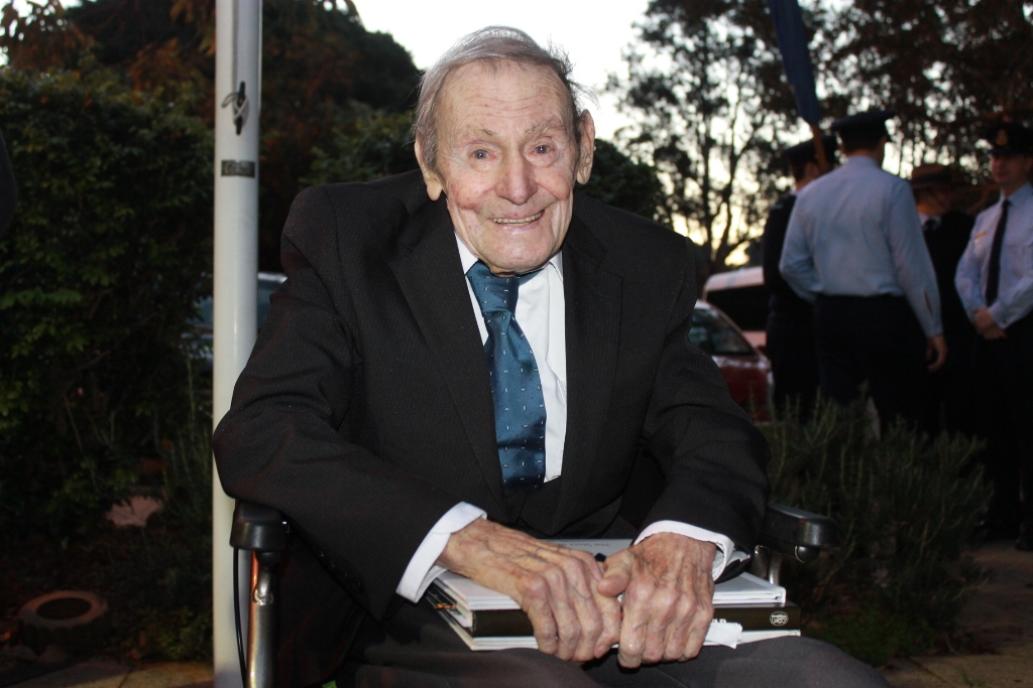 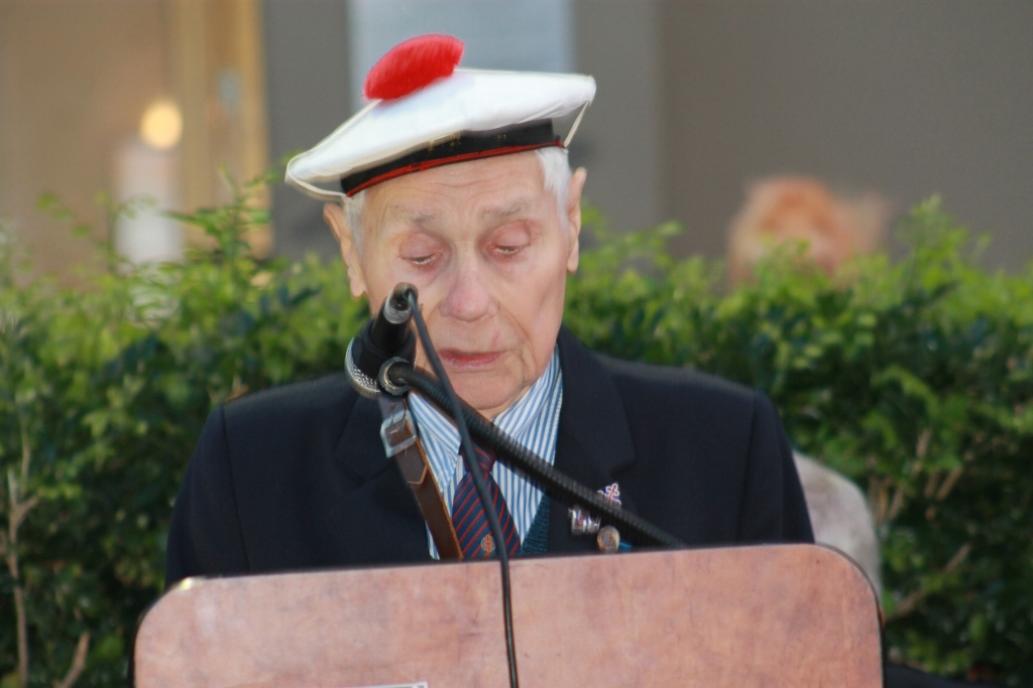