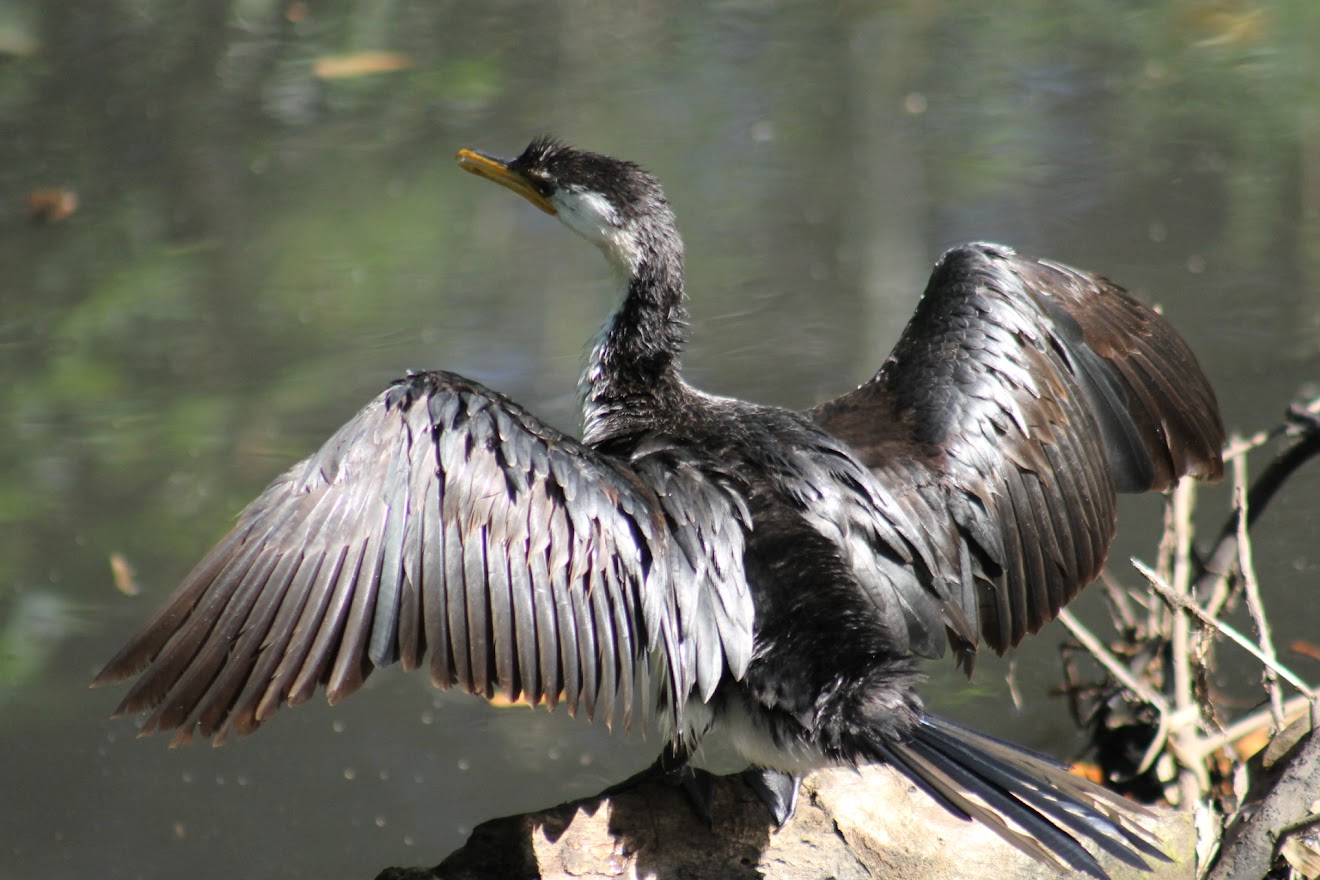 Australia is in the midst of tropical cyclone season. As we write, a cyclone is forming off Western Australia’s Pilbara coast, and earlier in the week Queenslanders were bracing for a cyclone in the state’s far north (which thankfully, didn’t hit).

Australia has always experienced cyclones. But here and around the world, climate change means the cyclone threat is growing – and so too is the potential damage bill. Disadvantaged populations are often most at risk.

Our recent research shows 54 cyclones struck Australia in the 50 years between 1967 and 2016, causing about A$3 billion in damage. We found the damages would have totalled approximately A$30 billion, if not for coastal wetlands.

Wetlands such as mangroves, swamps, lakes and lagoons bear the brunt of much storm damage to coast, helping protect us and our infrastructure. But over the past 300 years, 85% of the world’s wetland area has been destroyed. It’s clear we must urgently preserve the precious little wetland area we have left.

National disasters cost Australia as much as A$18 billion each year on average. About one-quarter of this is due to cyclone damage.

However the surge was one metre at most – largely because the storm drove straight into a massive wetland that absorbed most of the predicted flood.

In Australia, wetlands are lost through intentional infilling or drainage for mosquito control, or to create land for infrastructure and agriculture. They’re also lost due to pollution and upstream changes to water flows. 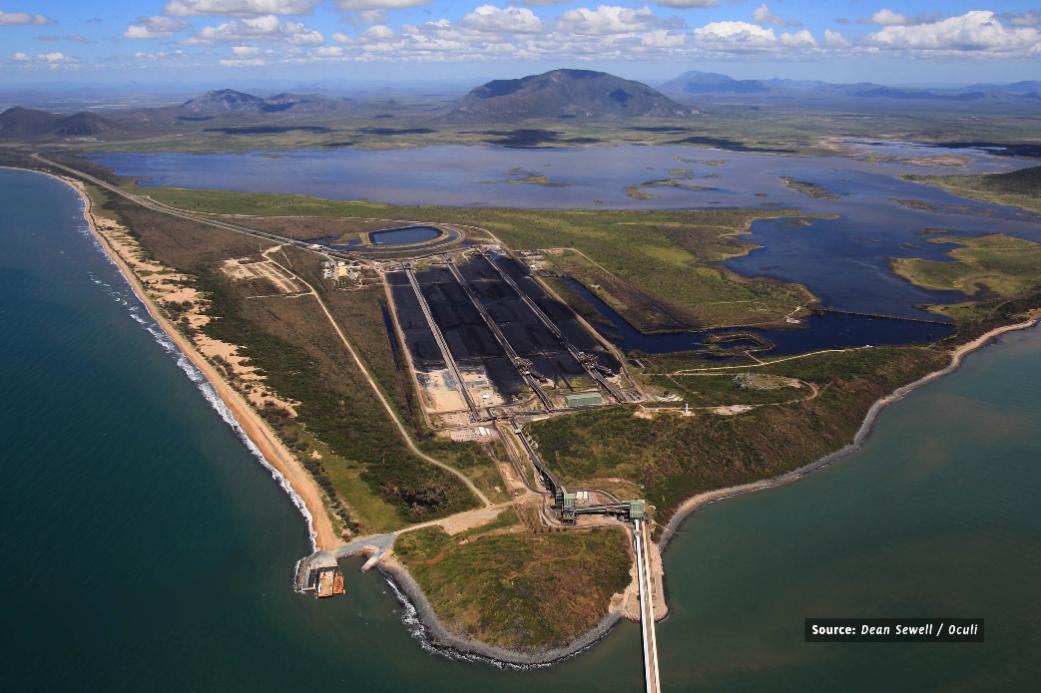 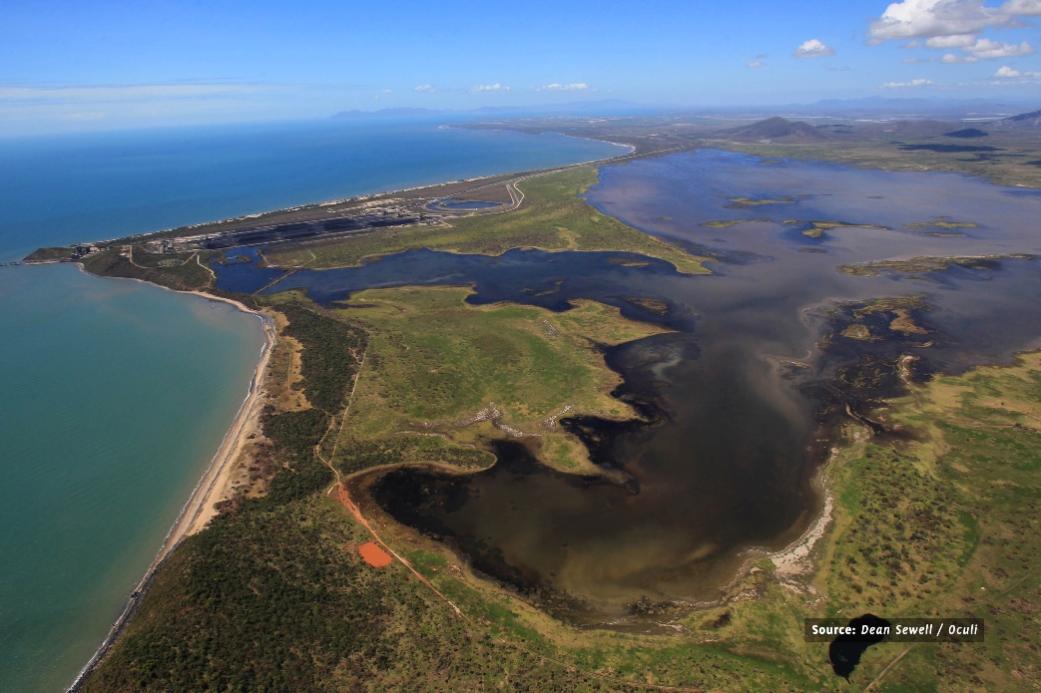 Coal water run-off moving north-west into the Cayley wetlands and coal dust on the beaches from the Adani Abbot Point coal loading facility in 2017. Adani was fined for releasing polluted water into the wetland. Photos: Dean Sewell

Putting a price on cyclone protection

Our research set out to determine the financial value of the storm protection provided by Australia’s wetlands.

We examined the 54 cyclones that struck Australia in the five decades to 2016. We gathered data including:

Using a powerful type of statistics called Bayesian analysis, we estimated the extent to which GDP, windspeed and wetland area affected total damage. This allowed us to estimate damage caused in the absence of wetlands.

We found for every hectare of wetland, about A$4,200 per year in cyclone damage was avoided. This means the A$3 billion in cyclone damage over the past 50 years would have totalled approximately A$30 billion, if not for coastal wetlands.

Importantly, the percentage of damage averted falls rapidly as wetland area decreases. And the protection afforded by a single hectare of wetland increases drastically if there are fewer other wetlands in the path of the storm. This makes protecting remaining wetland even more critical.

If the average cyclone path in Australia were to contain around 30,000 hectares of wetlands, it would avert about 90% of potential storm damage. If the wetland area dropped to 3,000 hectares, only about 30% of damage would be averted.

Climate change is making cyclones worse. By 2050, Australia’s annual damage bill could be as high as A$39 billion, assuming current levels of wetlands are maintained.

Seawalls and other artificial structures can be built along the coast to protect from storms. However, research in China has found wetlands are more cost-effective and efficient than man-made structures at preventing cyclone damage.

Unlike man-made structures, wetlands maintain themselves. Their only “cost” is the opportunity cost of not being able to use the land for something else.

According to recent analysis by the authors, which is currently under peer review, global wetlands provide US$447 billion (A$657 billion) worth of protection from storms each year.

Of course, wetlands provide benefits beyond storm protection. They store carbon, regulate our climate and control flooding. They also absorb waste including pollutants and carbon, provide animal habitat and places for human recreation.

Wetlands are an incredibly important resource. It’s critical we protect them from development and keep them healthy, so they can continue to provide vital services.

This story is part of a series The Conversation is running on the nexus between disaster, disadvantage and resilience. You can read the rest of the stories here. Read the original article here.