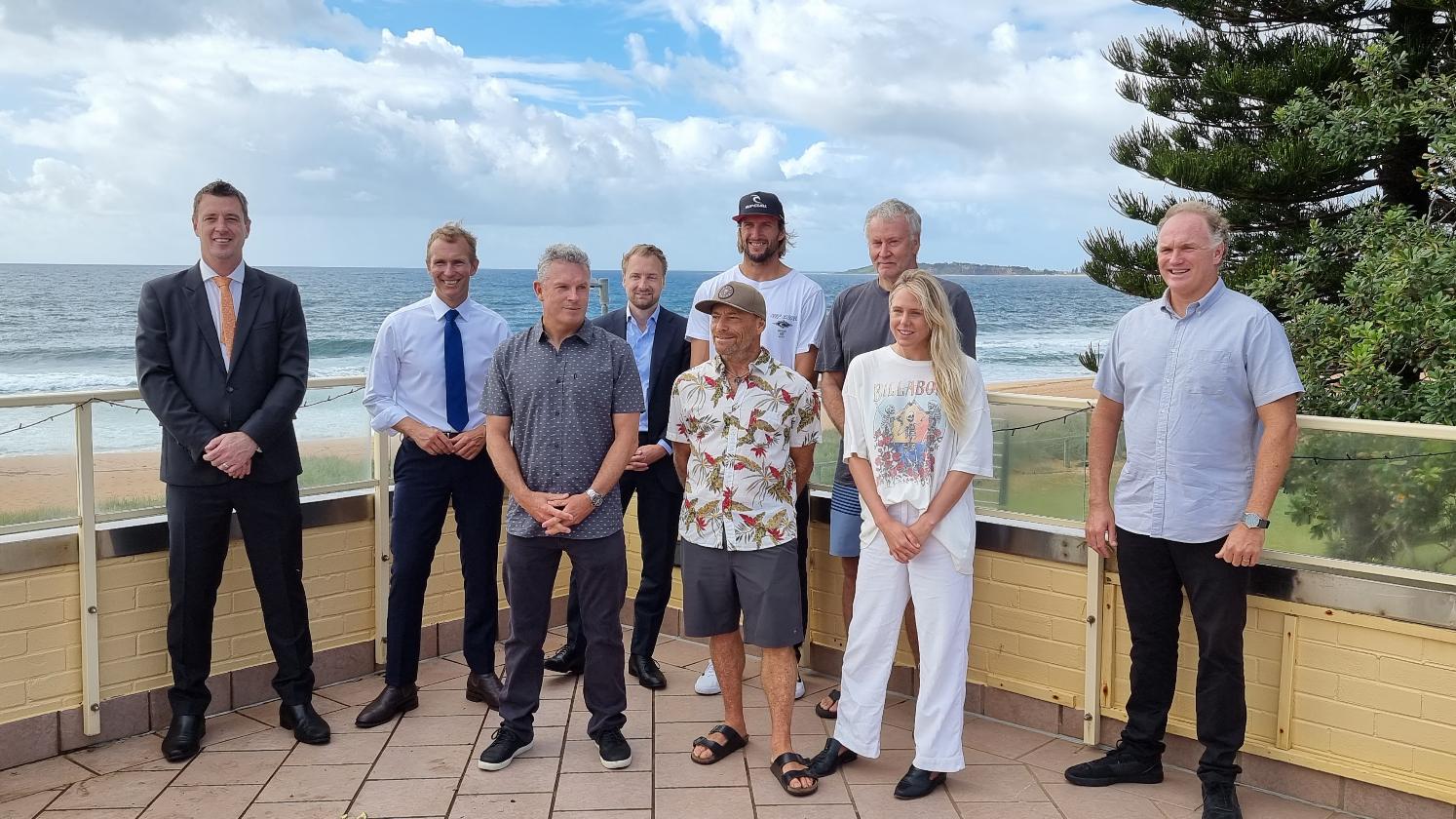 Last Issue Pittwater Online News brought Readers the great news that WSL 2021 Championship Tour In Australia Starts In Newcastle During Autumn School Holidays. This week The Hon. Rob Stokes, MP for Pittwater, has been among New South Wales State Government Ministers and Council to announce that North Narrabeen will be the location and focus for another of these great WSL Championships.

Narrabeen will host one of the biggest events on the global surfing calendar when the World Surf League (WSL) Championship Tour comes to town, thanks to a partnership between WSL and the NSW Government.

The partnership means the WSL will now host two Championship Tour events in NSW, with Newcastle debuting as the opening event of the Australian leg of the tour in April 2021.

Deputy Premier John Barilaro said the Narrabeen Championship Tour event will see some of the world’s biggest athletes battle the waves to win a share of over $1 million in prize money.

“Here in NSW we have shown our ability to host premier events while keeping people safe,” Mr Barilaro said.

“When the WSL scanned the world for the safest beaches to relocate some of their prized Championship Tour (CT) events, NSW was the first choice.

“NSW will deliver not one, but two CT events in 2021 after the WSL announced Newcastle would host the first CT event in NSW in nearly three decades, in place of the iconic Bells Beach Pro.

“Today, thanks to the NSW Government, we can announce Narrabeen will host a championship event in place of the Gold Coast’s Snapper Rocks.

“NSW will be Australia’s surfing state and sporting capital of the nation and this partnership with WSL will pave the way for us to host future tournaments in country towns, creating a safer and stronger regional NSW.”

“Yet again NSW is the destination of choice for this major international WSL event, giving us the chance to showcase the beautiful Northern Beaches to the world and welcome competitors, spectators and supporters to Greater Sydney to stay and spend locally,” Mr Ayres said.

“I’m thrilled to see this spectacular surfing event come to our shores and I know the community will love this opportunity to showcase the local area on a global stage.

“This competition will not only be fantastic to watch but will allow Aussie surfers to put their skills to the ultimate test ahead of the 2021 Tokyo Olympics, when surfing is set to make its debut.”

World Surf League Asia Pacific General Manager Andrew Stark said the WSL is excited to have the Championship Tour coming back to Australia in 2021 with an added event.

“This year, the Aussie CT leg is looking very different to what we're used to due to COVID-19, with the addition of three new stops. Although it's very disappointing to miss locations like Bells Beach and Snapper Rocks this year, we are stoked to add Newcastle and North Narrabeen to the schedule.

“We would like to genuinely thank all of our partners for their patience, understanding and support during this extremely difficult time. The WSL can't wait to get the tour back underway and run epic and safe events for our athletes, fans and partners in Australia."

Council and the State Government will co-sponsor the event for elite athletes who have a huge fan following in the surfing world. Mayor Michael Regan said landing the event from 16-26 April was a coup for the Beaches, giving the community something to look forward to after a very challenging year.

“This is a huge opportunity to showcase the Northern Beaches on the world stage for ten days,” Mayor Regan said.

“The WSL is a perfect fit with the lifestyle we are very proud of in our coastal community.

“We welcome this opportunity and the promise of much-needed economic activity and jobs for our local businesses. It will be a great boost to the morale of the local community who were hit hard by the COVID-induced three-week lockdown at Christmas.

“With surfing to make its Olympic debut in Tokyo this year, there will be additional interest on the tussle at this elite level of the sport.”

An entourage of up to 350 media representatives, event support staff and officials will accompany the athletes, providing a much-needed fillip to the local hospitality sector.

“We are very excited to be hosting this marquee event that will lift the Beaches’ profile as a visitor destination, grow the economy and foster pride in the community,” Mayor Regan said.

The WSL Championship Tour Newcastle is supported by the NSW Government through its tourism and major events agency Destination NSW.

Last week, the WSL announced the agreement with the New South Wales Government that will see all international competitors board a chartered flight in Los Angeles that will land in Sydney. Once in Australia, all traveling athletes and support staff will undergo the mandatory 14-day hotel quarantine and must receive a medical clearance from public health officials before entering the general community and preparing for competition in Newcastle. The Government is not funding the quarantine.

The WSL will implement a robust and thorough COVID-19 health and safety plan for each event during the Australian leg of the CT in accordance with federal and state guidance. The WSL's health and safety plan includes physical distancing measures, temperature checks, enhanced high-touch cleaning at the event site, contact tracing procedures, sanitizer stations throughout the event site, and minimal personnel on-site. 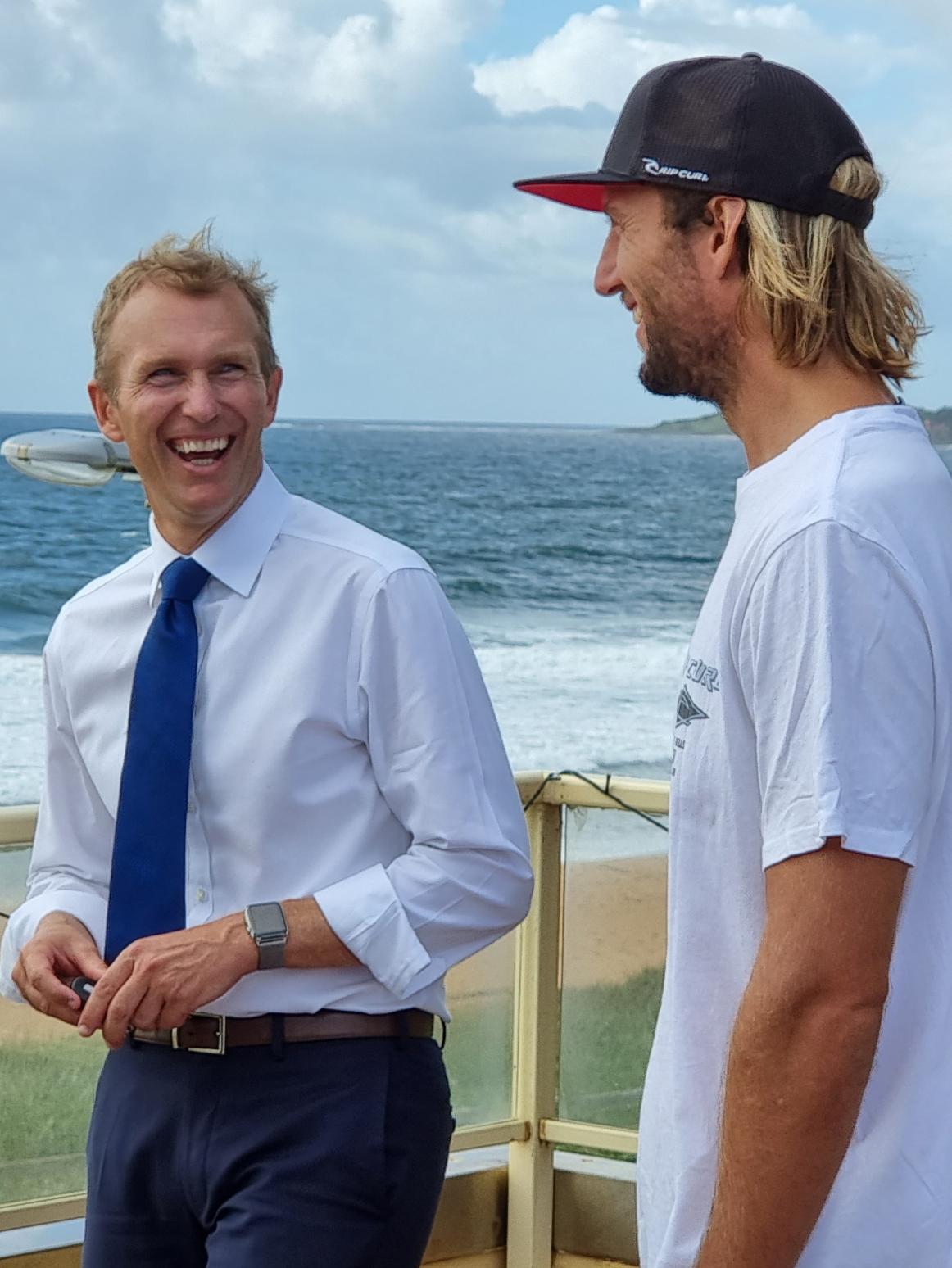